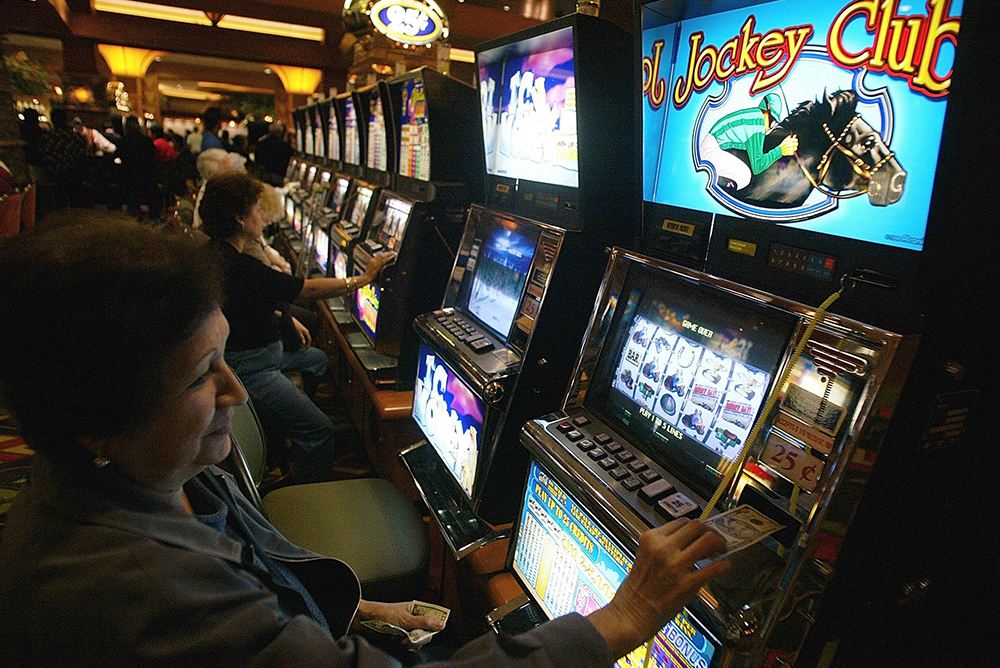 You can’t miss the brand-new casino on Highway 99 in the southern Sacramento suburb of Elk Grove. It’s the size of a Costco, with the look of a new mall, next door to a still-under-construction hotel and spa.

That might seem like mere marketing, a sunny pun on the casino’s name, Sky River. But it actually describes the stark reality of gambling across California today: There aren’t many limits on the action.

Back in 2000, when state voters approved an expansion of casino gaming sought by California Indian tribes, gaming interests assured us that gambling here would be governed by strict limits. Only certain games would be permitted in California. Sports gambling and similar forms of wagering would remain the province of Vegas. And tribal casinos wouldn’t show up in the middle of our cities and suburbs. They’d be limited to Indian lands, in less populated regions or on the metropolitan outskirts.

2022 has made clear that we were fools to believe any of that. All the gaming industry’s promises of limits have been broken, or soon will be.

The opening of Sky River this fall—ahead of schedule—is merely one data point in gambling’s inexorable expansion—both in number and geography—across our state.

Tribes aren’t in fact limited to previously owned lands; they can buy new land (as long as it meets a few conditions, including historical connection to the tribe) so that they can build bigger, more accessible casinos. That’s how Agua Caliente opened its third casino in the Coachella Valley during the pandemic. Sky River sits on land recently acquired for the Wilton Rancheria tribe through a federal trust process.

Today our state—plagued by shortages of everything from teachers to climate-friendly infrastructure—has an excess of legal gambling. There are now 81 Indian casinos (more than any other state), along with four privately operated racetracks, more than two dozen horseracing facilities at county fairs, 20,000-plus stores selling lottery tickets, and 72 state-licensed cardrooms, which are pushing to expand once a moratorium on their operations expires at year’s end.

The epic scale of the dueling campaigns for and against the ballot measures has demonstrated that betting operations will bulldoze any limits on their own expansion.

Many of these gambling operations are prominent sponsors of California media. Ads for tribal casinos are ubiquitous on the Internet, radio, and TV—especially broadcasts of the state’s most popular sports teams. Earlier this fall, owners of the venerable Bay Area radio station, KGO-AM, wiped out its news and talk shows and relaunched it as a full-time sports gambling station, The Spread.

This year, the scale of gambling’s cultural reach became apparent through over-the-top campaigns for and against two competing sports gambling measures. Proposition 26 is a ballot initiative, sponsored by tribes with some of the biggest casinos, to secure a monopoly on sports wagers at the horserace tracks. The measure’s fine print also advances tribal gambling in other ways—including permitting roulette and dice games such as craps in their casinos.

The tribes justify this attempt to expand their business as a defense of their self-sufficiency—a response to efforts by out-of-state online gambling companies to claim more of the market. And of course, online gaming companies such as DraftKings and FanDuel have their own initiative, Prop 27, that attempts to claim control of sports betting for themselves. Prop 27 advocates, demonstrating sub-zero shame, offer to contribute a tiny percentage of gambling proceeds to support homeless services while also including provisions in the measure that would allow them to avoid taxes.

Both measures trail in the polls and are likely to lose. But these measures shouldn’t be considered defeats for gambling expansion. To the contrary, the epic scale of the dueling campaigns for and against the measures has demonstrated that betting operations will bulldoze any limits on their own expansion.

Together, gambling interests spent more than $440 million on the measures—doubling the previous record for spending on ballot campaigns. Tribes and online gaming companies alike are certain to spend hundreds of millions more in future lobbying and ballot measures—whatever it takes to win.

Indeed, the campaign ads double as advertisements, and normalizers of sports gambling. And while the measures’ backers claim to limit gambling’s reach to adults, their ads are inescapable. My three young sons, confronted with constant Prop 26 and 27 ads on YouTube and other sites they visit to watch cartoons and age-appropriate videos, have been asking me all kinds of questions about gambling.

This is not your father’s gambling. Online sports wagering isn’t putting a few bucks on the outcome of a three-hour football game; it is an immersive environment in which you can bet in real time throughout the game, compiling huge losses in seconds. Expanding this sort of betting will fuel gambling addiction in California, and increase its damage to families and personal finances. The average gambling debt for male addicts exceeds $50,000.

It’s unclear how serious the problem is in California because the state’s gambling addiction services are underfunded. There hasn’t been a thorough state survey of gambling habits in more than a decade.

What is clear, from my own visit to Sky River, is just how seductive 21st-century California gambling can be.

On a Tuesday morning, about half the tables were in use, and dozens of people sat in front of large and colorful screens, playing slots and other games by video. The 12-restaurant food court, offering everything from dim sum, oysters, and sushi to street tacos and burgers, was opening up. The bar was already buzzing with people sipping drinks as they gambled on computer terminals.

Sky River’s opening has been celebrated in the city of Elk Grove, which wants the visitors and the tax revenues, and by Wilton Rancheria, which fought for decades to restore their tribal status (achieved in 2009) and to acquire land.

With the casino in place, the tribe should have a brighter future. Sky River is not only the closest casino to the State Capitol, it’s the nearest casino to the south Bay Area. And its geographical advantage is complemented by near perfect timing. More gambling is coming to California, so much that even the sky might not be the limit.