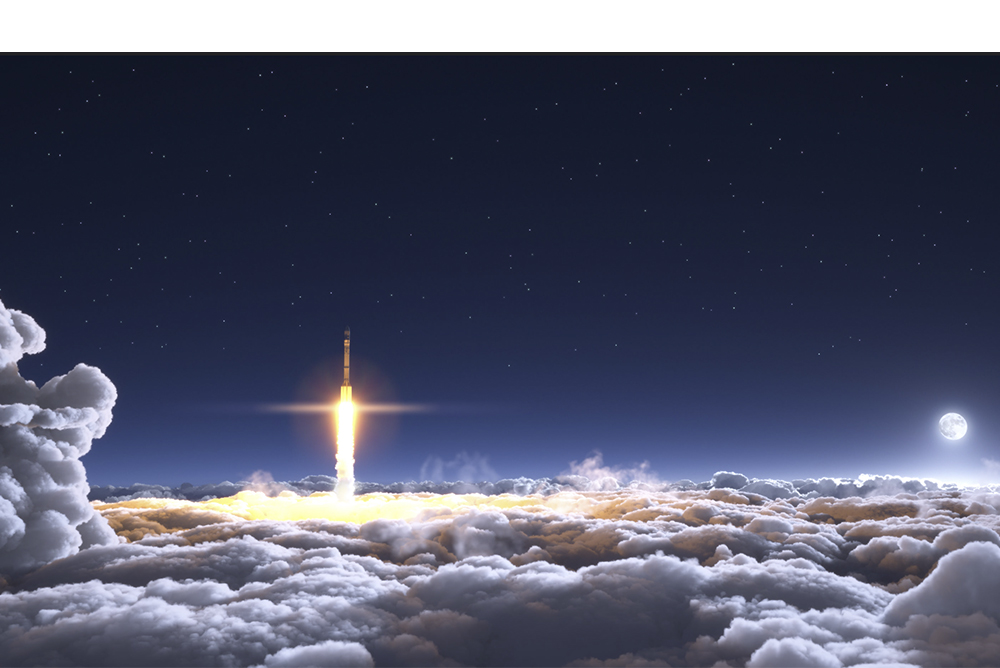 
Launching objects into orbit has never been so affordable nor has space ever been so accessible. As a result, humanity’s expansion into the universe is accelerating—and with it, the opportunity to correct some of the errors of our earthbound development. New collaborative approaches—public and private, interdisciplinary, and more—will be imperative for humanity to survive and thrive beyond Earth.

In the last decade, the cost of launching objects into space has plummeted 20-fold and attracted a surge of interest and capital which, alongside new technologies, are enabling innovations in commercial satellites, space tourism, and privately funded space stations.

There are now private efforts to establish space-based solar energy platforms, moon and asteroid mining, space logistics and tourism businesses, research and development into essential microgravity applications, and space-based manufacturing. Since 2013, investors have poured $258 billion into 1,688 companies in this still-speculative sector.

NASA’s share of the space economy has consistently declined as the commercial space sector has become a key market driver, taking over certain areas completely, such as communications satellite launches. This shift has freed up the public sector’s ability to invest in commercially riskier activities like solar system exploration, even as the government remains a vital purchaser of space products and services.

The mix of private and public efforts, which includes a substantial role for American universities, seems new but is in fact over six decades in the making. From the early 1960s, the United States relied on commercial interests to help it compete in the space race. In 1965, Hughes Aircraft’s Intelsat I became the first commercial satellite to reach geosynchronous orbit. Also known as Early Bird, the satellite provided real-time transmission of television, telephone, and fax communications between Europe and North America.

In the 1970s, President Richard Nixon expanded U.S. space activities, including joint projects with the Soviet Union, construction of the first U.S. space station, and approval of the Space Shuttle program, which opened more opportunities for private industry.

As we build new space industries, we are facing new questions, which can be answered not just by scientists and engineers but by experts across all disciplines, from social scientists to artists.

By the mid-1990s, there was a bona fide marketplace in geostationary orbit for Earth observations and telecommunications, which evolved to launch smaller, cheaper satellites that we continue to rely on today for everyday essentials like weather forecasting, streaming our favorite shows, and finding our way around.

Space tourism started in 1996 with the Ansari X Prize, a $10 million privately funded contest to create a spaceship that could safely fly a pilot and two passengers to the edge of space twice in two weeks. In 2004, SpaceShipOne clinched the prize and became the founding technology for Virgin Galactic’s space tourism business. While still a small slice of the industry, space tourism has captured the popular imagination and helped build momentum for additional technical efforts.

In 2005, in preparation for the retirement of the Space Shuttle program, NASA collaborated with the private sector using a novel cost-sharing model to develop cargo and crew transportation capabilities. This program led to the rise of SpaceX and significantly lowered the cost of sending cargo into low Earth orbit—from $65,400 per kilogram in 1981 to as little as $2,600 per kilogram today. That number is expected to plummet over the next few years, as more and more cargo is shipped into space in preparation for humans to return to the moon in the mid-2020s.

One of these projects is Orbital Reef, a mixed-use business park in low Earth orbit led by Blue Origin and Sierra Space. I am the deputy director of Arizona State University’s Interplanetary Initiative; our group leads a consortium of more than a dozen academic institutions responsible for coordinating research and other support in Orbital Reef’s development.

This is just one example of how, in this new space age, NASA and other space agencies will become one of many customers purchasing services of privately owned space companies. Commercial business models like Orbital Reef also will open access to more research, manufacturing, tourism, and activities we have not yet imagined.

As we build new space industries, we are facing new questions, which can be answered not just by scientists and engineers but by experts across all disciplines from social scientists to artists: How will commercial space stations be used? How can access to space be made equitable? What new jobs and markets will these destinations create? And what legal and regulatory regimes—from environmental protections to civil rights laws and governance—will apply in space, and how might they differ from Earth’s?

There have been many reasons to send people to space, including science, military hegemony, technological prestige, global connectivity, economic development, combating climate change, and—of course—answering our most profound questions about humanity’s place in the universe.

To these worthy objectives, I would add one more: Space exploration affords us an opportunity to stress test our human values and to take them to new heights. We have a chance to find out just how far our egalitarian principles can go. Our future in space will create jobs, technologies, and markets that don’t exist today. With such great possibilities and unknowns, I believe our greatest innovation will be how we include all aspects of human endeavor in our future in space. Space is infinite, and humanity’s challenges are vast. We will need effective problem solvers and critical thinkers from all backgrounds and disciplines working together to create the future we all want on Earth, or anywhere else.