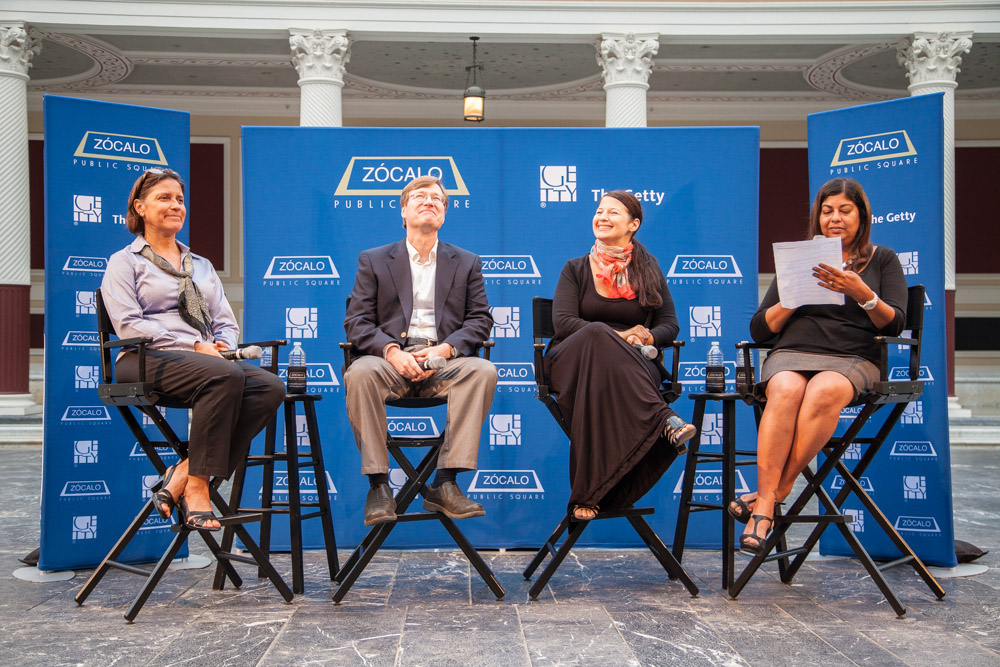 There’s plenty of nastiness in our democracy. But is there anything new?

For all the fear and consternation about the lies, insults, conspiracy theories, and rhetorical excesses of the 2016 presidential election, today’s political troubles have been familiar features of democracy since its invention 2,500 years ago, said a panel of scholars of classics, history, and communications during “How Does Democracy Survive Demagoguery?,” a Zócalo/Getty Villa “Open Art” event.

The wide-ranging conversation at the Getty Villa covered accused demagogues from Pericles to Cicero, Thomas Jefferson to Bernie Sanders. The panelists cautioned that …

Some scholars make straight for the Capitol, to sit on the steps where Edward Gibbon first conceived the idea of writing The Decline and Fall of the Roman Empire. Others …