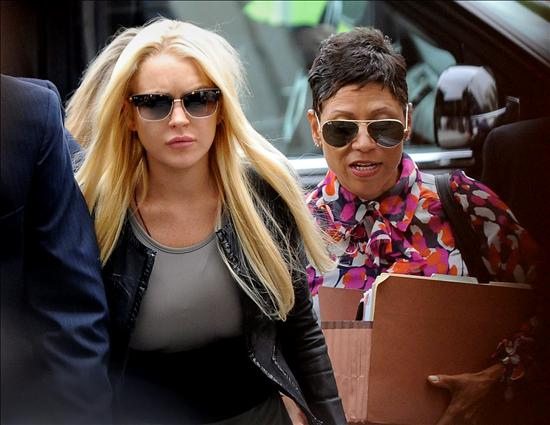 I owe you an apology. Not for prosecuting you for allegedly taking a $2,500 necklace that wasn’t yours – I know, I know, you think the entire universe is a swag display case – or for those previous drunk-driving arrests. I hope there are no hard feelings; I gotta do what I gotta do, though I do appreciate your showing up for your day in court in that white dress last week. Wow.

What I must apologize for is the fact that you’re being compared to me these days. You may deserve a bad rap, along with your growing rap sheet, but such comparisons between your troubles as a famous actress and pop singer and mine – as a 162-year-old state – are malicious, and terribly unfair.

Last year, the Wall Street Journal, in describing my well-known maladies, called California “the Lindsay Lohan of states.” The newspaper explained that you and I are each like “the prima donna who once showed some talent but is now too wasted to do anything with it.” Unfortunately for you, this metaphor caught fire on the Internet and spread to media outlets, from the Atlantic Monthly to your hometown Los Angeles Times.

With all due respect to your own record of self-destructive behavior, the sheer scale and persistence of my dysfunction and recklessness surpasses anything your mischievous little head could imagine. Yes, yes, I know that you once were accused of taking a drink while wearing a court-ordered ankle bracelet that detects alcohol consumption. That shows Golden State potential, but is still amateurish compared to my brazen move last fall in approving ballot initiatives that blew an additional $2 billion hole in the budget – at a time when the deficit was already at near-record depths.

And you at times have demonstrated self-knowledge, shame even. You’ve admitted on several occasions, in public, that you have problems. My people, and particularly my voters, blame just about everyone (governors, legislators, Mexicans, political parties, unions, corporations, the national economy, China, American Idol, you name it) but themselves for California’s troubles, even though the voters’ decisions to lock spending mandates and tax reductions into our constitution are at the heart of our budget problems. Talk about viewing the universe as one big swag display.

My record is worse than yours even though I have advantages you don’t have. Your father, who divorced your mom and has spent time in jail, isn’t a presence in your life. My old man, Jerry Brown, cares about me so much that he recently moved back in to help me out. But I still can’t get my act together.

You, unlike me, have gone to rehab and tried to fix your problems. I, on the other hand, refuse to take my own defective constitution to rehab – either via a constitutional convention or constitutional revision process – and instead keep sipping on more budgetary booze – temporary taxes, accounting gimmicks, and elaborate fund transfers – that postpone the reckoning. Nothing like a beer to handle a hangover! And speaking of your drunk-driving, my fiscal recklessness is endangering all infrastructure, including the roads themselves.

I am such a mess, my bickering delegation of representatives in Washington don’t share your knack for taking what isn’t theirs. So California doesn’t even grab its fair share of federal revenues, making the Golden State a major net donor to the federal Treasury.

To be sure, all this doesn’t mean you and I don’t have certain things in common. Between your repeat-violations problem (you went to jail three times on one 2007 DUI arrest) and my continued defiance of courts who say my prisons and health care programs aren’t up to modern standards, we’re both in very hot water with a number of judges. National media types, envious of our good looks (your gorgeous bod, my gorgeous coast), love to beat us up and compare us unfavorably to other, shallower stars (your point of comparison: Matthew McConaughey. Mine: Texas). And we’ve both put our future prospects in the hands of Hollywood bigwigs (you: CAA; me: Arnold Schwarzenegger) that failed us.

We also face clouded futures. Municipal bond holders (in my case) and movie producers (in both your case and mine) don’t see us as a good investment.

Still, I feel terrible that you’ve been caught up in the debate about my dysfunction. I also worry that your recent troubles may be linked to the comparison – is it possible that you are misbehaving more often out of some misplaced desire to live up to this California-as-Lohan metaphor? Are you trying to match my record of dysfunction?

If so, let me beg of you: please desist. As bad as things are for you, you can be grateful that you’re in way better shape than California.

And both of us can be grateful that we’re not Charlie Sheen.

The State of California