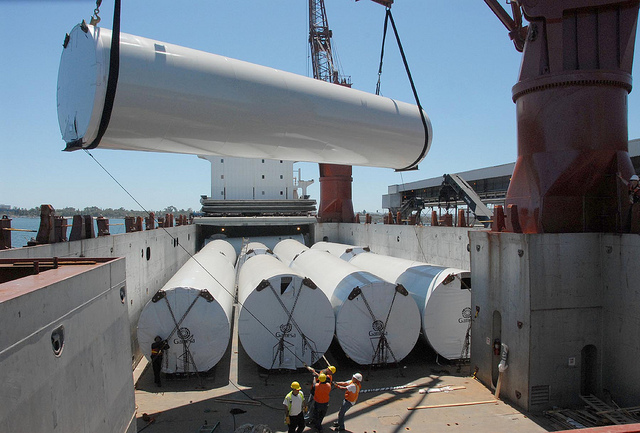 When Occupy Wall Street protesters attempted to shut down West Coast ports earlier this month, they didn’t do much–except demonstrate their ignorance of how ports, and their community of workers, manage the business of moving containers in and out of the United States.

Failed protests are common at the ports. In 2006 and 2007, truck drivers wanted people to know about their sorry existence moving cargo from the port to warehouses or vice versa–a process known as drayage. Most of the truckers were self-employed, not necessarily by choice, and earned less than a 7-11 clerk. The drivers got a little publicity when some of them parked their rigs in the middle of the 710 freeway, but they left little lasting impression on the general public and even less on the people who hired them. Only a few containers even paused on their way through the supply chain; the ports continued running as usual.

Most outsiders, including the Occupy protesters, don’t realize that the people truly in charge at the ports are the longshoremen. They don’t call themselves Lords of the Docks for nothing. With a combination of a strong contract and a plain ol’ badass attitude, longshoremen wield the kind of workplace power that would make one-percenter CEOs envious. You want to shut down the ports, you have to ask the longshoremen first. Unfortunately for the Occupy protesters, dock workers went to work as usual.

This is partly because the stone tablets they call a contract prohibit them from shutting down operations–for example, calling a strike–unless the contract has actually expired. Not that they don’t on occasion tweak their employers with work slowdowns or minor stoppages to make a point. But such actions are almost always about accusations of employer wrongdoing that affect the rank-and-file; longshoremen don’t use the port to howl at the state of the world.

This is true even when the longshoremen and outside protestors share an enemy. Occupy targeted a company, SSA Marine, a terminal operator, because it’s owned in part by the investment bank Goldman Sachs. The International Longshore and Warehouse Union has been fighting SSA Marine for 10 years–ever since the company first tried to relocate some of its operations away from the docks to sidestep a labor agreement that mandates every job at every West Coast port be filled by a union member. So it would seem a tad disingenuous when SSA Vice President Bob Watters said of the Occupy protesters, “They’re also claiming that we are unfair to our workers. We are the largest employer of ILWU members on the West Coast. We are a union shop, and we’re proud we’re providing them with family-wage jobs.” But all of this was the usual theater that goes on down at the docks.

Certainly, the protestors could have done some damage if they had accomplished a closure or two. The last time the ports shut down outside of the usual holiday schedule was in 2002 when the Pacific Maritime Association, negotiating a contract with the ILWU on behalf of the employers, locked out the workers in retaliation for longshoremen slowing down port operations along the West Coast. The lockout lasted 10 days and cost the economy more than a billion dollars a day. Considering that Asian imports work their way from West Coast ports to as far away as the East Coast, if the protesters had been able to stop the flow of goods for even one day, the effect could have rippled clear across the country. But it would take more than a few hundred marchers to stop the ports. You need the longshoremen to do that.

The ports do reflect America’s economic problems. They handle far more imports than exports. But targeting the ports for this imbalance makes little sense. They just move cargo. It doesn’t matter if it’s coming or going. You can’t blame SSA for all the imports. You can’t blame the longshoremen, either.

For years, critics have said longshoremen should care more about these issues. After all, the imports pouring through West Coast ports provide them with so much work that a typical union worker with any kind of ambition can easily earn $100,000 a year. Yes, the recession temporarily cut into work and paychecks, but with volume picking up, longshoremen are getting their big days again. So shouldn’t the ILWU be willing to sacrifice a bit on behalf of American workers whose factory jobs are going overseas? They can’t even call in sick for one day to support the Occupy protesters?

But I’m not sure the typical crane driver thinks about any of this while he’s lifting a container filled with televisions off a ship or when he’s returning an empty “can” to a ship. And he’s certainly not going to stay home for a day and lose substantial pay just because the Occupy folks ask him to do so. The ports, especially the Los Angeles/Long Beach complex, are so huge, so spread out, that the only people who can truly stop them are those who work there. And they aren’t getting involved.

Bill Sharpsteen is a Los Angeles-based writer/photographer and author of The Docks (2011, University of California Press), which profiles the Port of Los Angeles in all its complexity and humanity.