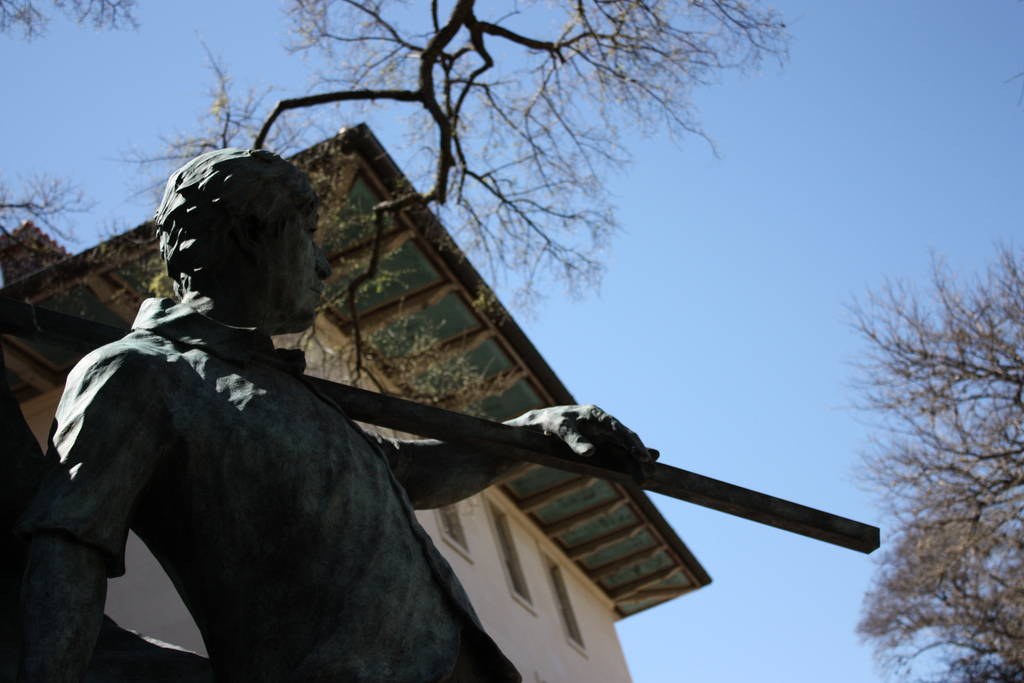 Forty-six years ago, Cesar Chavez huddled in Delano, California with a group of farmworkers he had launched on an improbable mission: to stop the sale of grapes until California growers agreed to sign union contracts. Four months into the grape boycott, the farmworkers were floundering. Chavez was neither discouraged nor daunted as he lectured his staff on how to succeed:

“Concentrate all your time, every bit of your time, blindly,” he told the United Farm Workers organizers. If they were single-minded, he told them, they could achieve anything. They must try every approach until they found the one that worked. “How do we generate the power?” he asked, in his Socratic manner. “We can’t move till we understand power.”

Among Chavez’s students at that December 1967 meeting was a 21-year-old farmworker named Eliseo Medina. He had been dispatched from Delano, in California’s San Joaquin Valley, to organize the grape boycott in Chicago, sent on his first plane ride with $100 and the name of one contact. By 1970, the sale of grapes in Chicago would drop by 42 percent, and the nationwide boycott would force California’s most powerful industry to sign historic contracts with its poorest workers.

On Tuesday, Medina, a 67-year-old labor leader, ended a water-only fast he had conducted for the past three weeks from a tent on the National Mall; the fast is being continued by U.S. Representative Joe Kennedy III of Massachusetts, among others. Medina, until recently the second-highest official in the Service Employees International Union (SEIU), has learned a few things about power over the last four decades, and he is summoning all those lessons to press for action on the intractable issue of immigration. Medina is fasting as an appeal to House Speaker John Boehner to take up the comprehensive immigration reform bill passed by the U.S. Senate.

Fasting is one of the tactics that Medina learned from Chavez, who used it most famously just two months after that 1967 strategy meeting, to further his quest for contracts. Medina’s current fast might seem at first as quixotic as the grape boycott initially appeared; Boehner has said he will not allow a vote on the immigration bill this year, and there is no indication that the sacrifice of Medina and others who are fasting will change the speaker’s position.

But the lessons of the farmworkers’ struggle illustrate the strategic importance of Medina’s fast.

Chavez’s most celebrated fast turned a faltering strike in the California vineyards into a national cause célèbre, landing him on the cover of Time and making “boycott grapes” a slogan on campuses and cities across the country. When Robert F. Kennedy helped Chavez break his 25-day fast on March 10, 1968, the image became an enduring emblem of the farmworker movement and helped sustain those who fought for two more years before achieving victory.

Medina’s fast has forced the immigration debate back into the public discourse just as the issue was slipping out of sight, written off as dead, buried under Syrian and Iranian crises and healthcare meltdowns. The fast has generated stories and editorials in major media, urging change in an inhumane immigration system that leaves millions of lives in limbo and wrenches families apart.

Over the past three weeks, political, labor, and civic leaders have stopped by the tent where Medina fasted, a stone’s throw from the Capitol. On Friday, the President and Michelle Obama dropped in for a 40-minute chat.

The visits not only forced politicians to reaffirm their support for immigration reform; the high-profile endorsements also strengthen the resolve of those weary and dispirited after years of struggle.

The contrast between the sacrifice of the fasters and the intransigence of their adversaries generates outrage that helps build public support. When grape grower Bruno Dispoto signed a contract with Chavez’s United Farm Workers in the spring of 1970, he said his refusal to even meet with Chavez for years had been a major error. The growers had enabled Chavez to paint them as unreasonable bullies. He had built sympathy at the growers’ expense and turned their power against them. When a frail Medina, weak from fasting, knocks on Boehner’s door and the speaker refuses even to grant him an audience, Medina gains the high moral ground.

When you sacrifice, Chavez often said, you inspire others to help. Like Chavez’s resolve to fight for as long as necessary, Medina’s actions motivate others and signal that he will not give up a battle he has been fighting for almost two decades.

Chavez’s long-ago admonition to Medina and the other boycotters, preserved on a tape recording of their 1967 meeting, reflects the single-minded, steely determination that transformed Chavez from migrant worker to national icon: Do not stop until you succeed. “If you put it on the basis of, ‘If I don’t get it, then I’m a failure,’ then you’ll do it,” Chavez said. “Your mind’s made up that nothing is more important.”

Medina has mentored dozens of his own disciples in the intervening years. He organized janitors, service workers, prison guards, and healthcare workers, rising to become the highest-ranking Mexican-American labor leader in the country. Last month, he stepped down as secretary-treasurer of the SEIU to focus on immigration reform. For Medina, nothing is more important.

“We will come back,” he said grimly outside Boehner’s closed office door two weeks ago. “And come back. And come back. Until we get an answer. This isn’t going to be over until something gets done.”