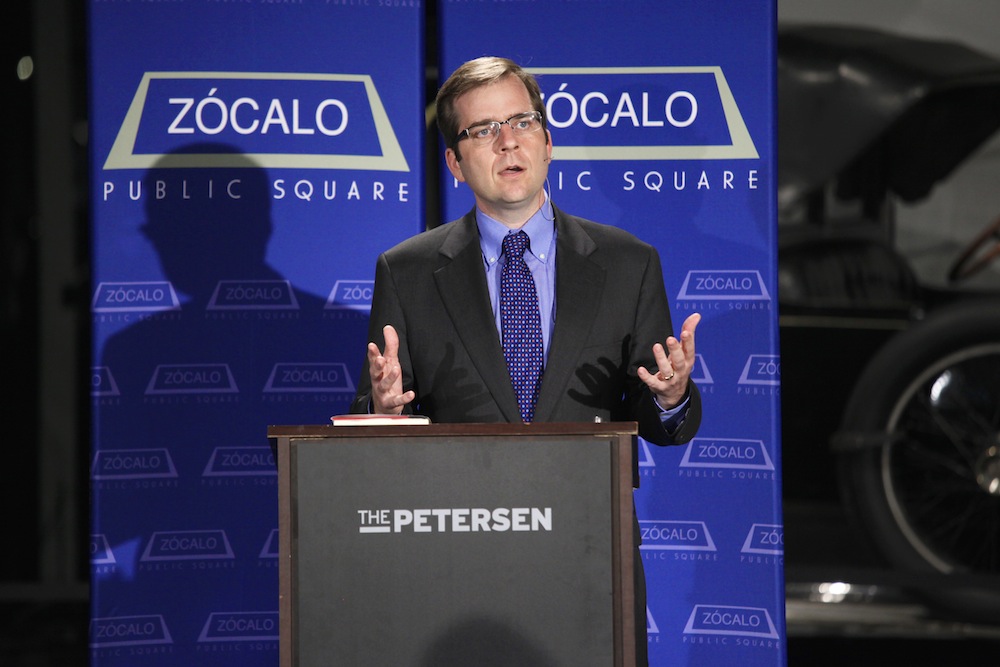 Waldron, Arkansas is in the middle of nowhere. But because it’s home to a Tyson Foods poultry plant that processes 1 million birds a week, it’s also ground zero for the American industrial meat system. Former Associated Press agribusiness reporter Christopher Leonard, author of The Meat Racket: The Secret Takeover of America’s Food Business, traveled to Waldron to investigate a Tyson-owned hatchery where business wasn’t going as planned. As he explained to an audience at the Petersen Automotive Museum, Tyson typically hatches chicks and delivers them to independently owned farms where they’re raised on feed produced by Tyson. Then the birds go back to Tyson to be slaughtered, packed, and sold. But in Waldron, birds were dying off—quickly and en masse. In three months, one couple who had been farming for 20 years were forced to declare bankruptcy and abandon the business that had given them a middle-class life.

This isn’t the rural economy we picture, said Leonard. This “felt like a feudal system where one company”—the biggest meat company in America—had power “over all the people.” How did the farmers we think of as small business owners and entrepreneurs essentially become janitors beholden to corporate titans?

In the 1940s, a farmer named John Tyson started shipping chickens. Tyson and others like him discovered that producing birds in bigger volume, mixing their own feed, and delivering the feed to contracted farmers gave their businesses an unprecedented level of “nimbleness and efficiency.” At the time, chicken was a specialty meat, similar to lobster today. Over the next few decades, thanks to further industrialization, and a partnership with McDonald’s that began in the 1980s, Tyson turned chicken into America’s cheapest and most popular meat.

As big companies like Tyson integrated vertically—taking over more and more aspects of the business, from feed and hatching to slaughtering and packing—they also bought up competitors and market share. Horizontal integration came hand in hand with vertical integration. This lack of competition, said Leonard, has created a lack of “economic sovereignty” in rural America and monopolies at the grocery store. Today, just three companies produce almost half the chicken in the U.S., and Tyson controls 4,000 American farms.

It’s not just chicken, however: The hog business was once highly profitable for mid-sized, independent producers. That changed in the 1990s, when Tyson decided to “chickenize” the business and raise hogs on a larger scale. Thanks to new technology—enormous waste dumps to store toxic feces, small gestation stalls to keep mother hogs from killing their young and one another other, and widespread antibiotics—deep-pocketed firms created a network of factory hog farms across the country. For every 1 percent increase in factory farms, the market price for hogs decreased by 1 percent. By the end of the 1990s, 90 percent of all U.S. hog farms were gone.

In 2009, President Obama attempted to enact sweeping antitrust reforms to the meat industry. But, said Leonard, he was “rolled over” by lobbyists, reforms fell apart, and with no cop on guard, the industry today is more powerful than ever.

In the question-and-answer session, an audience member asked Leonard why farmers have remained independent, and why all the risk of producing meat falls to them.

Leonard said that big corporations systematically pushed risk and volatility to the farm level. Tyson knows that “farms are a crappy business,” he said. And big companies realized that people with debt hanging over their heads work harder than those put on salary. Farmers have no choice but to do business with the few companies in control—and to take whatever “abuse” these companies heap on them.

There are no comprehensive academic studies on the effects of vertical integration on communities, said Leonard. But in his own study of income data throughout Arkansas, Leonard found that 90 percent of the counties where Tyson operates fared worse than the rest of the state throughout the years when Tyson boomed. And anecdotally, Leonard said, he’s seen how companies like Tyson “seek out economically marginal communities” and “keep them economically marginal.”

While people aren’t going to up and quit eating meat, Leonard said that it’s heartening that local meat production is on the rise. But what, asked an audience member, can regular citizens and consumers do besides buying this type of meat?

You can’t vote at the grocery store, he said: Tyson makes a wide range of products packaged under other names. Plus, when companies grow too big, they render the market incapable of solving its own problems. However, antitrust law can reshape the economy to the benefit of consumers as well as smaller producers. Leonard believes a public policy approach to the meat industry is necessary—even though a solution that relies on government intervention remains unpopular in rural parts of the country that might need regulation the most. 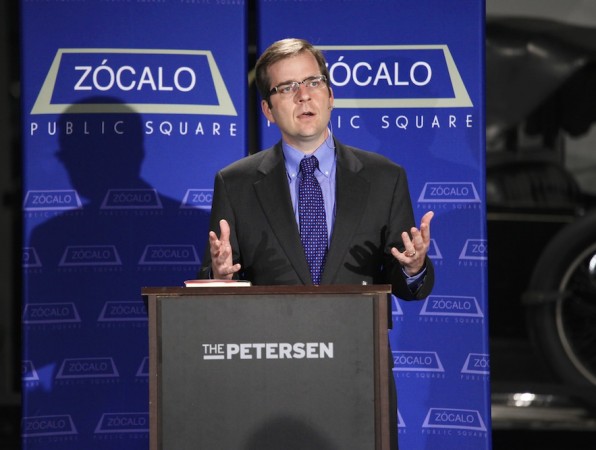 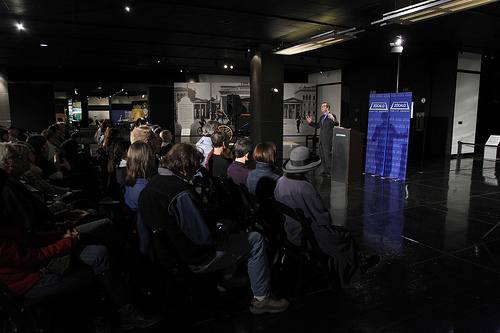 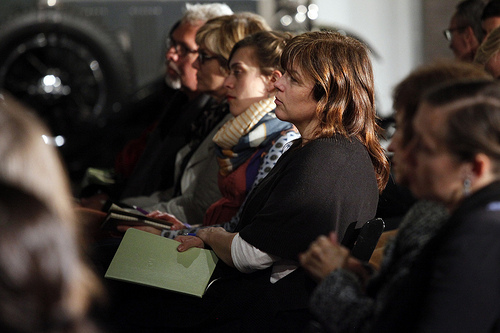 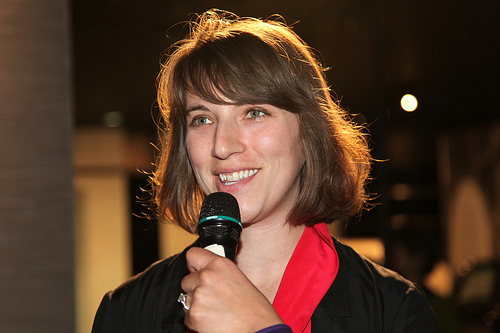 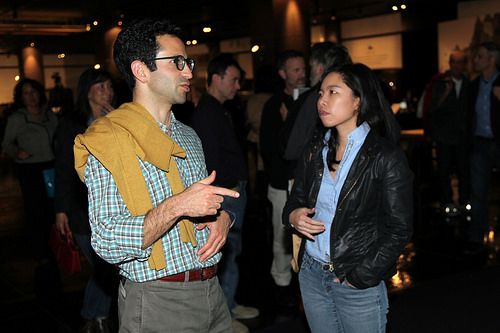 Audience members chat at the reception 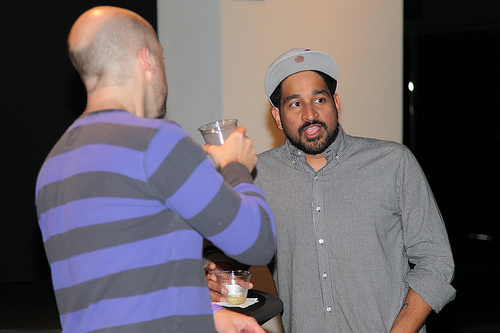 Conversation and drinks after the talk