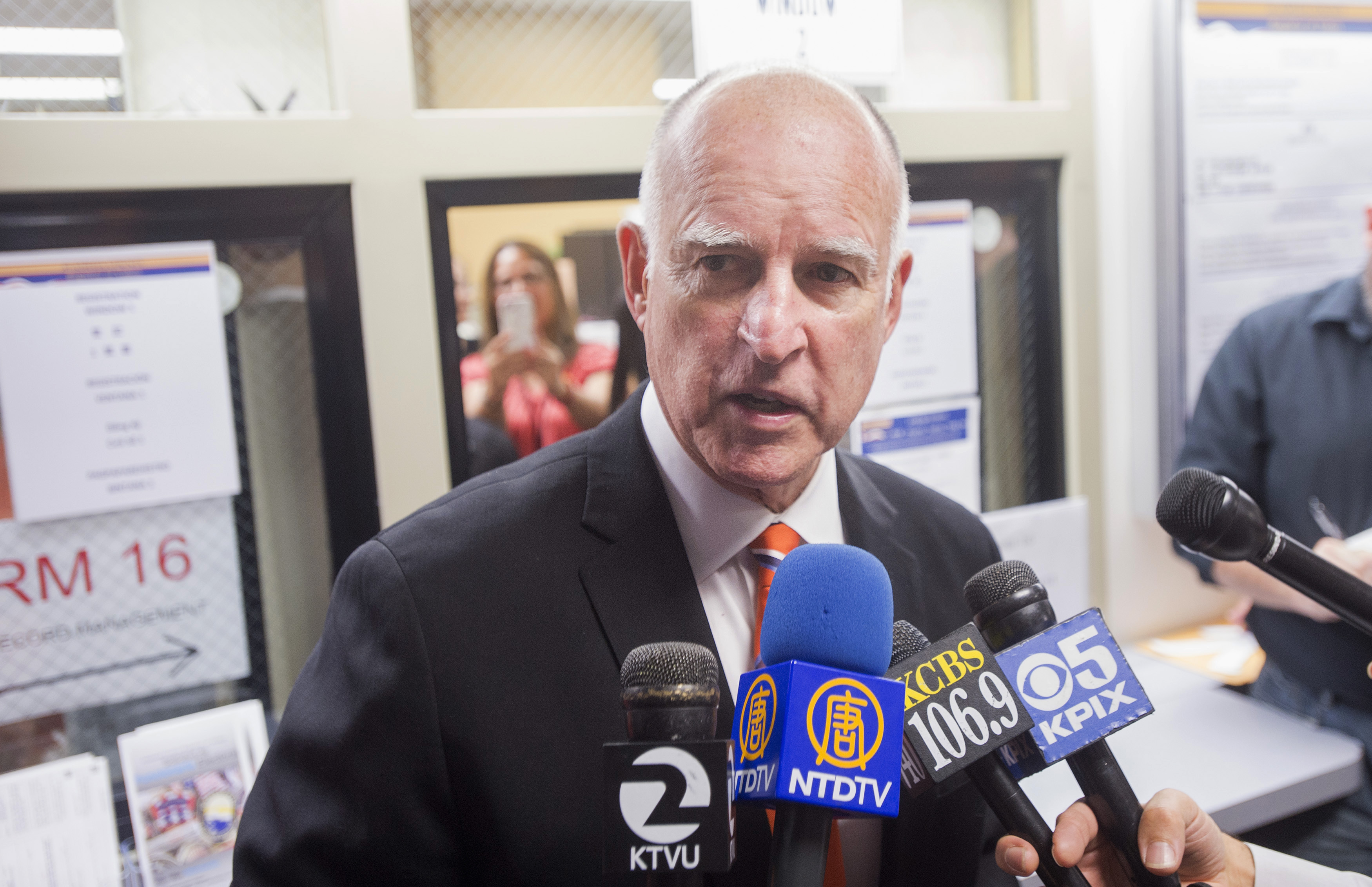 In the end, Neel Kashkari lacked the courage to do the one thing that might have made him a household name, and thus competitive in the race for California governor:

Get infected with Ebola.

Media coverage of elections matters in California, in part because we ask our voters to make dozens of decisions in candidate contests and ballot measures. But this year’s state election coverage has been so meager in quantity and so half-hearted in quality that that one wonders why journalists bothered. On television and online, election news was eclipsed by scary-bad coverage of Ebola, which as of this writing had infected not a single Californian and had killed fewer U.S. residents than Kim Kardashian has married. Yet CBS 2’s “Ebola in America” graphic now appears in my nightmares. Yes, yes, I can hear your protests, my fellow media types. Times are tough in the business, we need to give audiences what they want, and complaints about media coverage are as tired and dull as, well, this year’s California elections coverage. Yes, I understand that the races weren’t close and the public wasn’t engaged and that only 40 percent of Americans can name all three branches of government. But, my friends, please: is it just Kashkari’s fault that 70 percent of Californians have no idea who the Republican candidate for governor was?

Political journalists have always prized the horse race over the policy details. But this year, they kept writing and broadcasting horse race stories even though there weren’t real horse races. Call the genre the non-horse-race horse race piece: “It’s not close, one side has more money, no one cares.”

The lead story in the nine papers of the Los Angeles Newspaper Group this past Sunday, two days before the election? “Few Real Battles Facing Voters.” And people wonder why no one reads the paper anymore. The piece de resistance of this expanding genre was an L.A. Times article headlined, “Campaign for Controller Now a Snoozer.” Then why devote 1,000 sleep-inducing words to the race?

Such pieces represent a major missed opportunity. This year’s lack of conventionally compelling contests offered a chance to break free of conventional coverage and experiment with new storytelling and new voices.

Instead, the media stooped to new lows. Outside a couple newspaper editorials, it was nearly impossible to find skeptical, deep-read analyses of ballot measures—their consequences, merits, and flaws. I was struck, too, by how little I saw of California and its people in stories. One of the best things about covering a California election is the opportunity to experience the breadth and diversity of our geography, and to chat up the people who live in our very different regions. But that kind of story has all but vanished.

The failure went beyond high-minded journalism. The candidates offered possibilities for the kind of gossipy reporting that gets noticed by those who don’t follow politics, but the media didn’t mine them. What’s the scoop on Attorney General Kamala Harris’ new husband? Why is Facebook co-founder Sean Parker now blowing his millions on California ballot measures, not elaborate weddings? And forget all the stories on the dismal poll numbers for Neel Kashkari, and tell us more about the stunning girlfriend he unveiled before the debate. Did anyone bother to ask if she has a sister?

Of course, to provide coverage–both high-brow and low-brow–worth watching and reading would require a major change in the state media’s mindset, and its ruling ethics. Instead of staying above the fray, it’s past time our political journalists jumped in. Instead of reporting endlessly on fundraising discrepancies, why not use coverage to level the playing field, focusing on candidates and ballot measure campaigns that don’t have the money to get their message out? And instead of writing stories about the lack of a horse race, why not take a page from sports reporters and art critics who relentlessly promote the entertainment value of the shows they cover?

I harbor few illusions that my fellow media types will take my advice; as the number of full-time journalists has gotten smaller, the survivors have become more cautious. Civic-minded Californians, as we think about the next election, should assume that our media organizations won’t be up to covering state politics in ways that give us the information and entertainment we need. Non-journalists will have to shoulder more of the load.

The good news is that the state is full of institutions and people who could be pulled into the political fray–and give us some of the narratives that can engage citizens. When it comes to wonky policy breakdowns, why not aggressively tap all the expertise among the faculties at our universities? For the month or two before the election, the UC and CSU systems could deploy teams of political scientists and experts on issues like education, healthcare, and the economy to cover and critique the campaigns. These experts could even host public meetings with citizens who have questions about candidates’ policies and ballot measures.

And to add some zest to the routine, why not encourage poets and writers to bring the state to life at election time? Why not commission Fresno’s Philip Levine, a former poet laureate of the United States, to give us all some verse on the governor’s race?

And for the low-brow? Some California foundation should throw $10 million at California’s most successful media organization–TMZ–to fund coverage of the next statewide elections in 2018. Imagine TMZ cameras surprising state senate candidates or billionaire donors coming out of fundraisers—or their paramours’ homes? TMZ is sensational, yes, but sensation is what our elections desperately need.