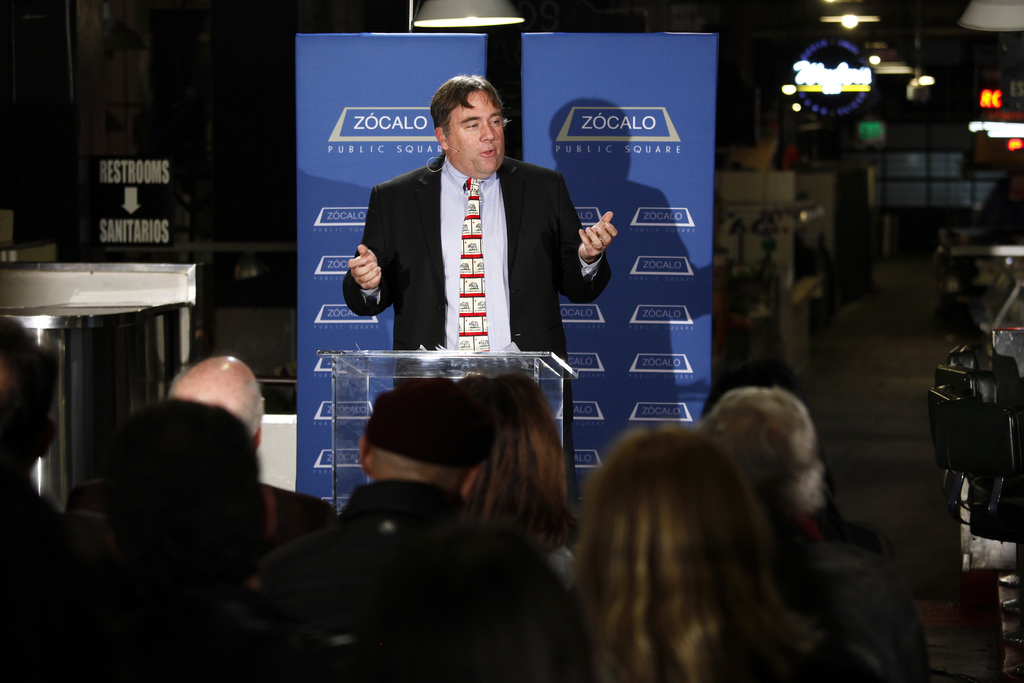 What is the historic “California dream”—the one people still talk about today? How does California’s 21st-century reality differ from that dream? And what is the California dream of today and the future? Answering these questions, said Zócalo California and innovation editor Joe Mathews, is key to understanding this big, complicated state—and creating a shared story for today’s Californians. “We are way overdue for an assessment not only of who we are, but who we want to be,” said Mathews.

Over the past two years, Mathews has written Zócalo’s “Connecting California” column, which appears in 30 media outlets across the state. He’s asked people in all corners of California for their ideas and dreams—and used their answers to offer such an assessment to a large crowd at Grand Central Market.

This dream was based partially in reality: Late-19th-century California offered high living standards and high wages, and California has a history of excellent public education and innovation. But the dream was also part “nonsense,” said Mathews. You couldn’t just grab a piece of property and be set for life. Profit and exploitation, boom and bust, have always come hand-in-hand here.

So what is a more realistic dream in today’s California?

“We are not a land of leisure,” said Mathews. California is a center of industry, technology, and work. This state is the opposite of its reputation for flakiness; scholars have found that California is one of the top places in the country for worker productivity. And the state attracts more venture capital in some years than the rest of the U.S. combined. California pays more in federal taxes, and gets back less in federal benefits, than virtually every other state. “The next time someone from out of state calls Californians flakes,” said Mathews, “you tell them that we’re the ones subsidizing your flakiness.”

California is also a state of high poverty rates and middle-class struggle, with more than half of the nation’s 50 most expensive real estate markets. California no longer attracts the young, poor, and ambitious, said Mathews—those people are leaving for other states.

California is no longer a magnet for immigrants, either. The state’s immigrants are settled rather than being recent arrivals. Today, a majority of Californians are native-born. This means Californians are becoming more like one another—and as a result, “we are, dare I say, less sexy than we used to be,” said Mathews.

Yet each California city and region still maintains a character separate from the rest of the state; it’s difficult to figure out what connects us to one another. The economy of the southern San Joaquin Valley, with its oil and gas production, seems a lot like Texas; economically, the Bay Area has more in common with Seoul and Boston than it does with Riverside.

So how does one sum up all these regions and diverse communities?

Mathews said that all of California’s major regions today are less a permanent destination or escape for people from around the world—and more often a crossroads. People come to California to live and work and go to school for a while, then they return home or head somewhere else.

“We are no longer a state of arrival,” said Mathews—and so “the dream is no longer to show up and do well.” Rather, it’s “to be able to find a way to stick it out here.” Paradise, in today’s California, is more like Survivor, where everyone is scheming a way to stay on the island.

Yes, there are still crazy-rich Californians, living glamorous lives, and holding onto crazy-big dreams. But they are in the minority “Most of us who are pursuing our dreams are seeking grit, not glamour,” said Mathews.

That’s due in part to the high cost of living here. In the audience question-and-answer session, Mathews was asked whether he’s spoken with anyone who has a new vision for housing—one that would allow more Californians to stay here.

“There are a lot of ideas,” said Mathews, but they’re mostly at the local level. Although cocktail party conversation all over the state centers on housing costs, the subject is not part of the larger statewide political conversation. None of the new politicians who took office last week mentioned it in their announcements; it hasn’t been a component of any major speeches.

Why, asked another audience member, do Californians cling to the narrative that high taxes make it difficult to run a business here? How does this square with the fact that the world’s most valuable companies continue to be founded here?

Mathews said that the narrative is flawed because low taxes have not made Alabama a wealthy state, and high taxes have not made Sweden a poor country.. But in some parts of California, lower taxes or regulatory exemptions might help economies—and in other parts of the state, they don’t make sense. “We’re not easily one state, and regulation policy in one part of the state doesn’t make sense in the other,” he said. 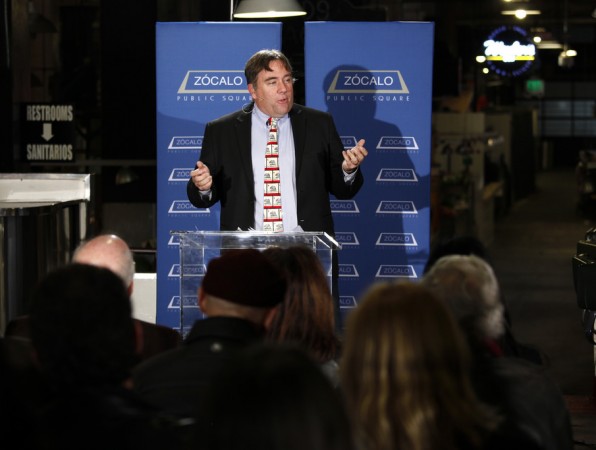 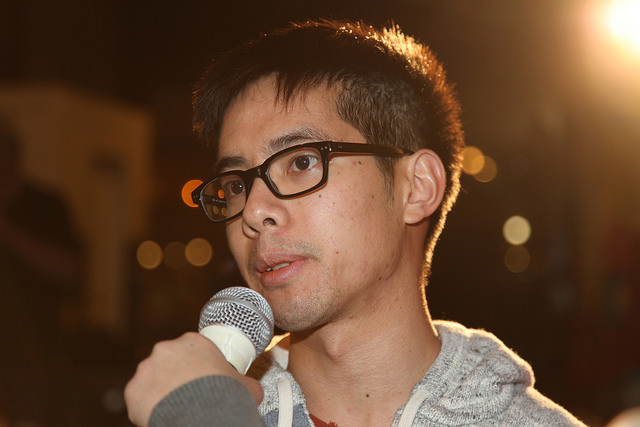 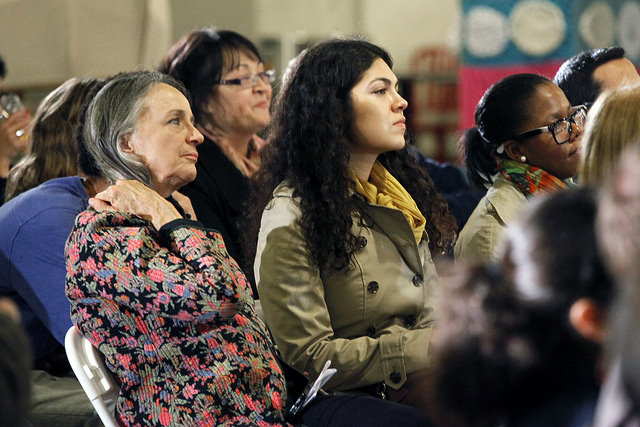 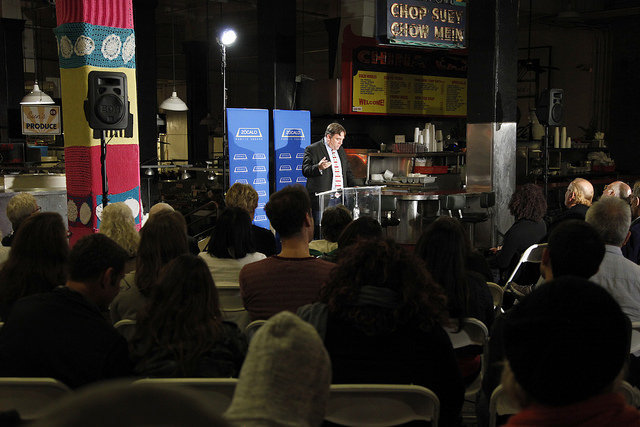 A large crowd came out to Grand Central Market 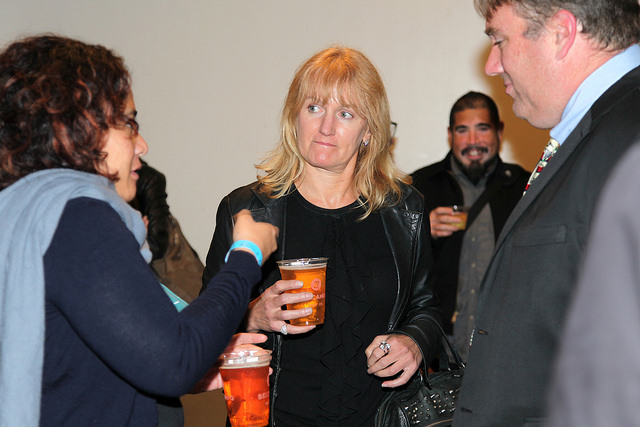 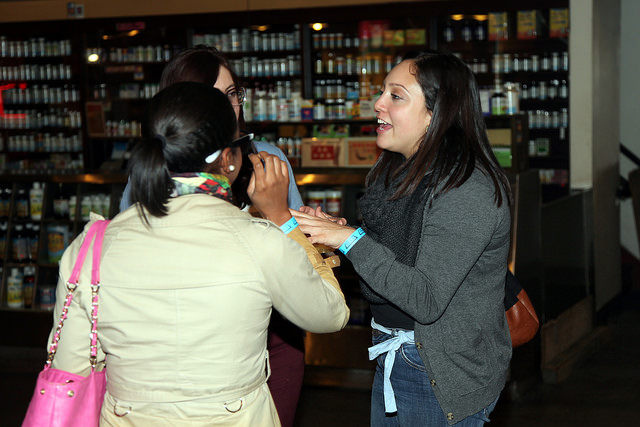