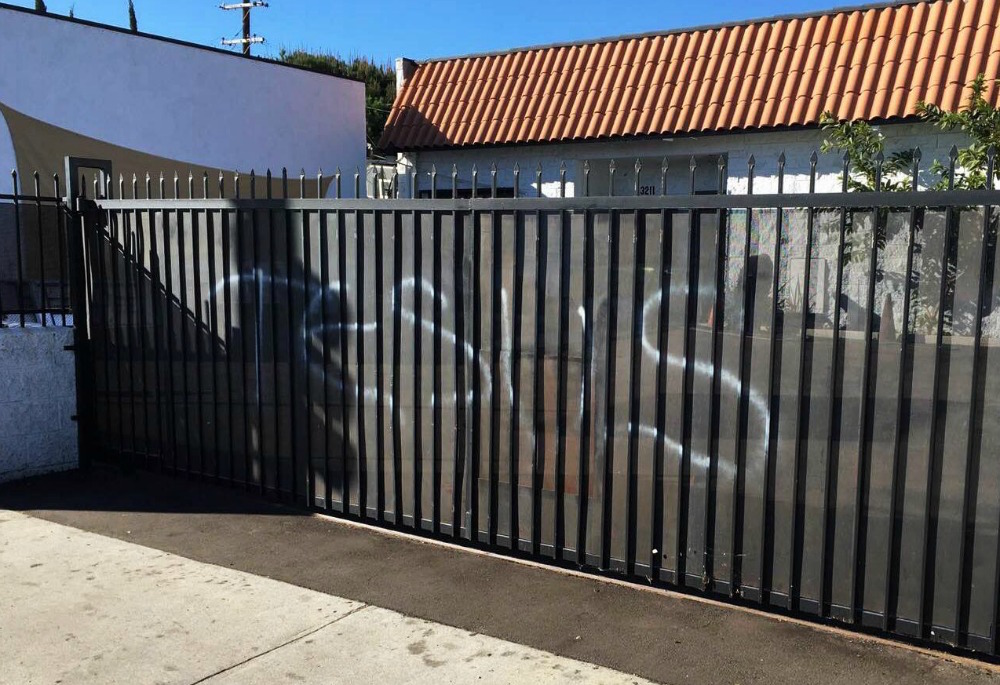 On a Saturday night after the terrorist attack in San Bernardino, a plastic replica hand grenade was left in the driveway of Baitus Salaam Mosque in Hawthorne, a municipality near the Los Angeles airport. Someone also spray-painted “Jesus” on the mosque’s front gate and crosses on the windows.

It would have been understandable if the Ahmadiyya Muslim Community mosque (Ahmadiyya is an international revival movement within Islam) had responded by erecting new walls or adding security. Instead, its members decided that the vandalism was an opportunity to connect with neighbors. So the mosque held an open house. “Extremism,” the community president Jalaluddin Ahmad said in an invitation to the event, “will not scare us into locking our mosques. Rather we will open the doors wider to educate all.”

If only the rest of California were responding to this moment in the same spirit as that mosque.

So far, we Californians—from everyday citizens to our top leaders—have demonstrated an abundance of ignorance and cowardice. But if we reversed course and thought of San Bernardino as an opportunity to reach out to others, we could emerge from these terrorist attacks as a better, safer, and even richer place.

Since the attack, California has seen a surge in vandalism and threats against mosques. And we’ve seen public authorities spread fear by overreacting to threats. Last week, the Los Angeles Unified School District committed the cardinal sin of responding to terror with terror by closing all of its 900-plus schools, serving 640,000 students, because of an implausible threat that other cities were quick to dismiss. Even more shamefully, local officials, instead of acknowledging their obvious error, are still defending the closing, which is sure to undermine public confidence in official statements during real emergencies.

We’re also seeing political opportunists of both parties use the attacks to advance law enforcement agendas. Take U.S. Senator Dianne Feinstein’s attempts to capitalize on the attacks on two fronts. First, she and others in Congress seek to force Silicon Valley to weaken the encryption that protects all of us from hacking so that law enforcement might more easily track terrorists, criminals, and missing persons. Second, she is demanding onerous new fingerprinting and visa requirements for visitors to California that will discourage foreign tourists—and hurt the millions of Californians who make their living in tourism-related businesses. In both cases, Feinstein, who has aged into a tool of the security state, effectively argues that millions of innocent people should be punished for the sins of a few terrorists.

Feinstein’s response is also a symptom of what might be diagnosed as the double fear complex: Politicians fear they might lose politically if they don’t cater to the wildest public fears of Muslims and terrorism. So we see some California Congressional Democrats joining Republicans in linking the attacks to concerns about Muslim refugees—an especially cruel and thoughtless response during the largest worldwide refugee crisis in decades.

Our state needs a hard and immediate U-turn, which starts with recognizing how the attacks connect California to the rest of the world.

Watching all of this is to observe Californians, in just a few short weeks, put the lie to all the values that used to define us as a state—our embrace of diversity, our welcoming stance towards outsiders of all kinds, our pride in our global connectedness, and our faith in decisions made on data and science instead of superstition and prejudice.

Stop the madness, California. Our state needs a hard and immediate U-turn, which starts with recognizing how the attacks connect California to the rest of the world. While we have always been connected by who we are—27 percent of us are foreign-born, twice the national percentage—and by our globally oriented economy, San Bernardino now connects us to people around the world as fellow victims of terrorism. We all saw the fear and horror and disruption of just one attack in one building in one small city of a state of 39 million. Imagine such scenes repeated far more often in places like Syria. How can we not respond by seeking to help our fellow victims—especially the refugees fleeing the same terror we’ve experienced?

California, more than any other place in this country, has been defined by its readiness to integrate people fleeing wars and other horrors. Most tellingly, California communities have often welcomed refugees even in the face of opposition from our leaders. Back in the 1970s, Gov. Jerry Brown was as wrong to oppose the resettlement of Vietnamese refugees here as President Reagan was a decade later to oppose the taking-in of refugees from Central American wars. Both Vietnamese and Central American arrivals have enriched California immensely. In more recent times, our state and its communities have responded to callous inaction in Washington, D.C., by giving what public services and legal status they can to undocumented immigrants and to child refugees coming over our border.

So why do we allow ourselves to be limited by the United States’ decision to accept indefensibly low numbers of refugees from Syria (just 10,000) and other theaters of American warfare? California, as a global power in its own right, would do well to set the goal of leading the world in accepting refugees.

Sweden, with fewer than 10 million citizens, has accepted 200,000 refugees in the current crisis. Germany, with 80 million citizens, has taken in approximately 800,000 this year. California leaders and citizens, as a start, should express our willingness to accommodate a number that would put us in that class—say 500,000 refugees from Syria, Iraq, Afghanistan, and other places. And our demand for more refugees should also include the request that the laborious and bureaucratic process of screening refugees—it lasts two years—be expedited. We need to save as many lives as we can, as fast as we can.

Of course, Washington, not the state, makes refugee policy, as a federal matter. But a push by California to fulfill its historical role as America’s America would change the conversation nationally. And if we were to get such a number of refugees, there would be huge challenges—but also huge payoffs. Our welcoming stance would distinguish us internationally—and offer a competitive advantage over the lily-livered cowboys in Texas and 29 other states who are so consumed by fear that they’re seeking to block the arrival of even tiny numbers of refugees. It’d be much easier for California, as a generous and welcoming place, to make connections of trade and commerce to the many Muslim countries that are, despite tremendous challenges, on the path to greater wealth and democracy.

We’d also win at home, since refugees would be assets in a state that needs more people. Immigration is flat here, the birth rate is down, and our increasingly homegrown population is aging, with fewer children to support it. Refugees would provide a shot in the arm to our culture and our economy—and the human capital to make up big deficits the state faces in its number of skilled workers.

The fact that such a movement in California sounds unrealistic—I can already hear the fear-mongers accusing me of wanting to give California its own Islamic state—shows just how far down the road of unreasoning fear we’ve already gone. Let’s turn around, and send the vital and very Californian message that, in this great place, the doors are always open—and that we don’t punish the many for the heinous crimes of the few.