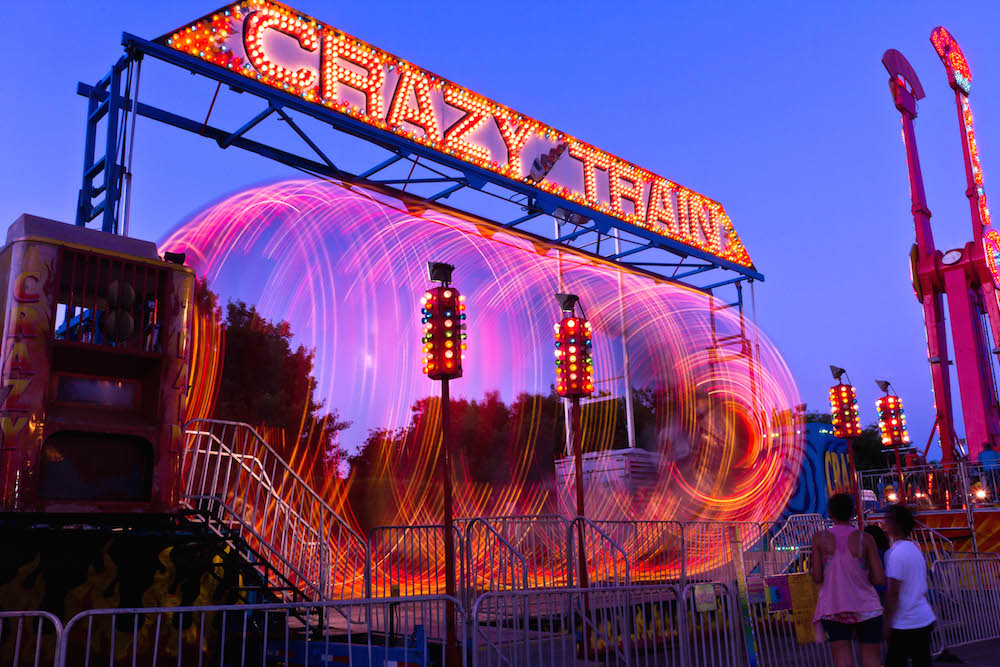 My fellow Californians, the state of our state is nuttier than ever.

In saying that, I do not meant to judge the sanity of individual Californians—to the contrary, national surveys show we have lower rates of mental illness than the country as a whole. And, to be clear, I am referring to more than the agricultural fact that our state’s almond and walnut production has increased even during this drought.

I know you will hear other, more conventional assessments of the state of things in the coming weeks. The beginning of a new year is the high season for our elected officials to offer addresses on how our state is faring—overviews of California’s cities and counties and school districts. Since these are good, if anxious, times, they will offer optimistic talk of state and local comebacks from recession and budget cuts, of digitally infused growth, of their plans for new programs. They will try to offer narratives that make sense of this place.

That is an understandable impulse, but we all know in our hearts there is no making sense of California.

For better and for worse, we are too nutty for that.

I offer my assessment of our essential nuttiness as a starting point for a year in which we will debate and cast votes on our taxes, our drug laws, our schools, our roads, our rails, our environment, our water, our future. As we figure things out, let us not lean too heavily on reason, or appeal too often to common sense.

After all, this has never been a particularly reasonable or sensible state—even as it has become one of the world’s wealthiest and most attractive places. Our nuttiness and our success stem from the same history: From its very beginnings, California has been reshaped so rapidly and often by so many different people from so many different places that only fools and columnists would dare generalize about the place.

So when things make no sense in the coming year, take comfort in the words of the writer and anarchist Edward Abbey: “There is science, logic, reason; there is thought verified by experience. And then there is California.”

We have been so singular for so long that California has become obsessed with singularity—and even afraid of “the singularity,” the idea that artificial intelligences will eventually surpass our own, and acquire a life of their own, thus dooming humanity. When Gov. Brown gives his own State of the State address, there likely will be a predictable list of California singular-status boasts: as a leader in renewable energy, in pursuing the nation’s only high-speed rail system, in protecting undocumented immigrants, in finding smarter ways to use water, in fighting climate change.

Such policies are to be celebrated. They also are the fruits of our perceived nuttiness—other states have rejected high-speed rail and immigrant protection and cap-and-trade for greenhouse gas emissions as irretrievably wacky ideas.

You won’t hear this month’s official speechmakers talk about the other half of the nut—the way our nuttiness can turn on itself.

Ours is a state of creative communities and people that we allow to be ruled from Sacramento via the most centralized regime of regulation and taxation in the United States.

California is home to more than 100 billionaires. It also has the highest percentage of its population living in poverty of any state in the country, according to statistics that control for cost of living and public assistance. Despite all those poor people, our leaders have pursued policies that add to the cost of living. And so we have the most expensive electricity, gas, water, and—most notoriously—housing. And do we build more? No—we are busy making it harder and more expensive to build additional housing.

We embrace freedom and restrict our liberties in the same breath, without realizing it. Californians are well on their way to legalizing marijuana—but good luck finding a place in the state where you can smoke it, or a cigarette. The state is pioneering technologies and rules for self-driving cars—even as we let our roads deteriorate into impassable messes.

We’ve led the way in expanding health insurance for poor people—nearly half of our children are now on Medi-Cal, California’s version of Medicaid—but at the same time, we’ve made it harder for people to see a doctor and get treatment. California desperately needs more college graduates—we’ll be short a million skilled workers by the middle of the next decade—so, naturally, we’ve been under-funding public higher education and limiting enrollment in our colleges.

Nothing is nuttier than California education policy. Our K-12 schools still aren’t funded at the national per-pupil average, but the state uses them as a piggybank, borrowing money from school districts in bad times. And even as the state has revamped its rainy day fund, it has prevented local school districts from saving money for a rainy day, potentially undermining their credit-worthiness. And California has led the way in restricting parents and the public from obtaining information on how schools are doing; the state has stopped issuing the Academic Performance Index, which rated schools, and has yet to replace it with any other measure.

We Californians also have a nutty weakness for empty and extravagant promises. We spend years on Elon Musk’s waiting lists for Teslas he never seems to deliver in the promised numbers. We invest billions in the trivial—how many online coupon companies and photo-sharing apps does one state need? And we overdo it. CalPERS thinks it can guarantee 6.5 percent investment returns (just a year after it said it could guarantee 7.5 percent). Our governments are still offering billions in retiree health care—without setting aside money to fund it—even in an age when Medicare and Obamacare should cover all.

This year, you’ll hear big talk about how we’ll reform our crazily complicated criminal justice and tax systems. We should reform, though we probably won’t. A place as nutty as this needs simpler rules, not 5,000 separate criminal provisions and over 400 penalty enhancements.

I could go on—take note that I’ve gone this far in a column about California nuttiness without once mentioning San Francisco—but what’s the point? While our nuttiness has its costs, California will survive. And we’ll cope, as we always do, by celebrating how crazily creative we are.