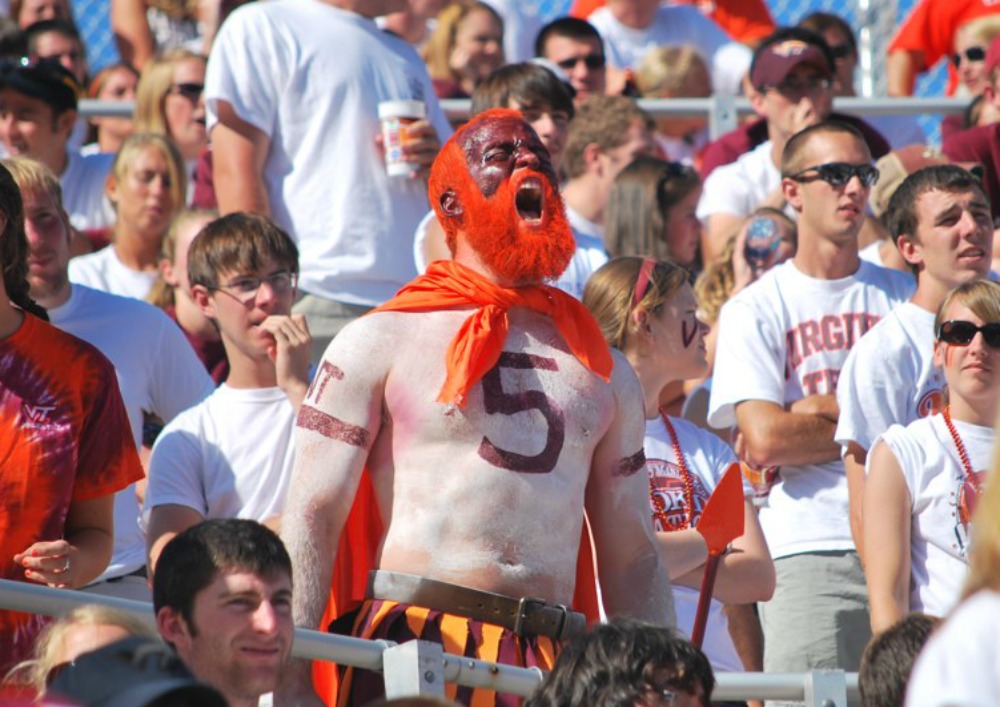 When I was growing up in Mexico, I rooted for a scrappy, financially troubled soccer team named Atlético Español that ultimately broke my heart by being relegated to a lower division and fading out of existence. I envy Mexican friends who can still root on the same teams they did as kids (and as I am still able to do in the NFL—Go Steelers!).

The power of sports fandom can at times seem irrational, especially to those who, blessed with an immunity to this potent virus, can utter those devastatingly inhumane words: “It’s just a game.” As the novelist Nick Hornby wrote in the opening of Fever Pitch, his wonderful memoir of growing up an Arsenal fan in England: “I fell in love with football as I was later to fall in love with women: suddenly, inexplicably, uncritically, giving no thought to the pain or disruption it would bring with it.”

Sitting in a Phoenix sports bar watching the Carolina Panthers utterly dismantle the Arizona Cardinals in the NFC Championship Game, I witnessed this pain of which Hornby spoke, and which I had felt in my core the previous week when the Denver Broncos knocked my Steelers out of the playoffs. The atmosphere in the bar went from celebratory to funereal over the span of two quarters. By the end, we were at a wake, talking in hushed tones, awkwardly reaching for some reassuring words of consolation for each other.

“Well, they had a good season” sounded a lot like the variants of that line you often hear at funerals: “He led such a full life.” At least no one said: “It’s only a game.”

So why the depth of passion among so many sports fans? Part of it, to be sure, is our appreciation and love for the sport being followed, and that sport’s central role in the sliver of our lives we can devote to leisure and entertainment. But I think that is only the tip of sports fandom’s iceberg.

The depth of our passion and commitment as sports fans comes from our sense of identity, how we connect to our past selves, and how we remain connected to the meaningful places in our lives, and to the people around us. Sports fandom, like religion, is fueled by nostalgia and a yearning for permanence in a world that is inherently impermanent.

Which is what makes the disappearance of Atlético Español so traumatic for me—the fatal version of the disruption alluded to by Hornby, alongside the pain. When I tune into Liga MX and see so many of the other teams Atlético used to play against still around, it’s as if I’ve been edited out of a picture I thought I was in, as if the moorings tying me to my childhood in Mexico have been irreversibly cut.

Back in America’s version of football, many people are stunned that, after a deluge of scandals in the last couple of years (brain injuries, star players involved in off-field crimes, allegations of cheating, franchise owners eager to bilk cities for sweetheart stadium deals), the NFL’s ratings continue to spike. Ratings for this past regular season and playoffs are up from a year ago, at a time when audiences for almost everything else keep fragmenting.

When NBC launched Sunday Night Football in 2006, the telecast ranked ninth in primetime ratings for the season. Ever since 2011, Sunday Night Football has been the undisputed primetime leader. A remarkable 14 of the 15 most watched TV shows last fall were football games, and the six highest-rated broadcasts of all times are Super Bowls (the M.A.S.H. 1983 finale is clinging to the seventh spot).

The NFL has done a brilliant job of leveraging fans’ nostalgia and desire to remain identified with the places they’ve moved away from. Hence the need to keep franchises in places like Green Bay and Buffalo, even if many of their fans cheer them on in warmer climates, and for a business model that makes all franchises competitive.

Parity means most teams will have moments of glory, enough to deepen an entire generation’s engagement with their ancestral NFL tribe. But the league puts its long-term success at risk when it lets teams move around for short-term gain, as it recently did when it allowed the Rams to leave St. Louis for Los Angeles.

We live in an age when we share fewer narrative threads in common, and when fewer narrative threads endure throughout our lives. Holidays help, including the upcoming observance of Super Bowl 50. I remember my mother in her later years turning on the NFL on Sundays to have games on in the background, because she liked to hear “the sounds of fall,” or because it connected her to her son if the Steelers were playing, or to her beloved Boston if it was the Patriots.

The Star Wars cultural phenomenon springs from a similar nostalgia and yearning for recurring shared narratives in an age of impermanence. Its fandom feels sports-like. I took my 11 year-old son to see The Force Awakens on opening weekend, with a lump in my throat at the realization that he is the exact age I was back when the first (or fourth, if you insist) Star Wars came out. Naysayers who complained that the plot of the new film too closely mimics the original Star Wars completely miss the franchise’s appeal. I don’t begrudge successful Steeler seasons because I have seen them before; I thrill at quarterback Ben Roethlisberger and wide receiver Antonio Brown following in the footsteps of Steeler greats Terry Bradshaw and Lynn Swann. And so it is with Rey’s journey echoing Luke Skywalker’s.

We all yearn to tap into these stories and memories that have defined us. As the Red Sox-obsessed protagonist in the Hollywood adaptation of Fever Pitch, played by Jimmy Fallon, asks his less-devoted-to-Fenway girlfriend:

Do you still care about anything you cared about years ago?