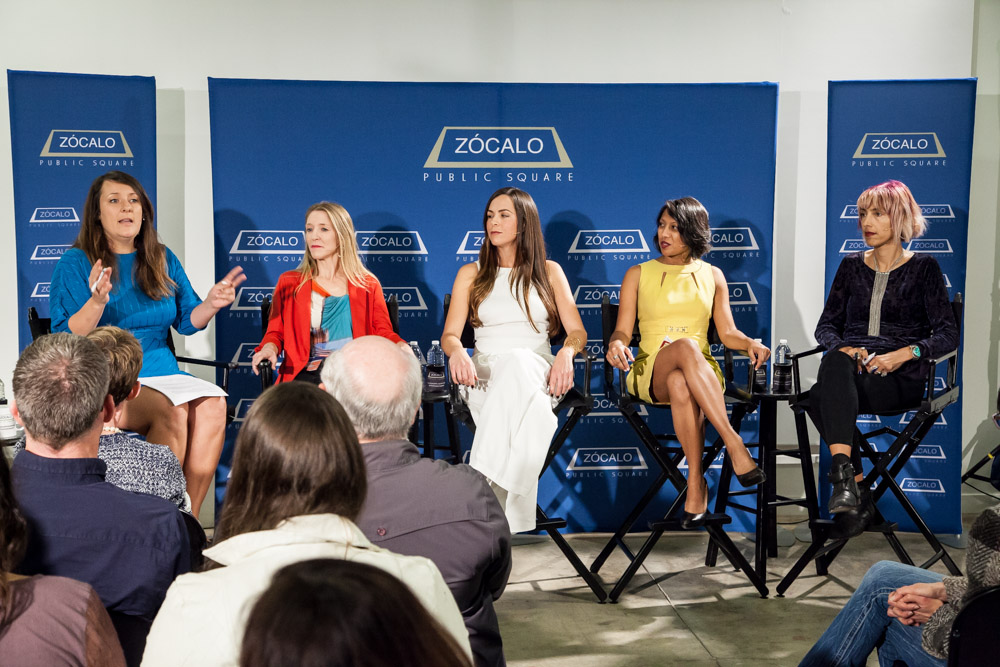 San Diego is rich in the arts but, to become richer, it needs to take steps such as knitting together existing arts institutions and advancing arts education, said panelists at a Zócalo Public Square event, “Will San Diego Ever Become a Great Art City?” at the Lux Art Institute in Encinitas Saturday evening.

The panel—which was moderated by arts journalist Kinsee Morlan of the Voice of San Diego and included an artist, a museum and urban planner, a public art manager, and a curator—struck an optimistic tone and celebrated the growth of the arts across greater San Diego, from High Tech High to rapidly opening galleries in the city’s Barrio Logan.

But the night’s discussion also was critical—the area lacks media coverage of arts, communication between people and arts institutions in San Diego, and sufficient financial support for the arts from local governments, art patrons, and collectors; San Diego is the only sizable county in California without an arts council. When Morlan, author of the Voice of San Diego’s Culture Report, opened the evening by asking for a show of hands of those who think San Diego is already a “great art city,” just 15 hands went up in the large audience that overflowed the room.

The combination of celebration and criticism served to inspire a conversation about specific ideas for boosting San Diego arts. Among these: establishing an elite arts school, finding ways to employ or bring in professional art critics to assess work done in San Diego; erecting a defining public art work; borrowing from a San Jose program that funds arts entrepreneurs and not just arts nonprofits; and establishing a large international arts event that would raise the city’s profile, as Art Basel has done for Miami.

Christine Jones, senior public art manager for the city of San Diego, identified opportunities to get stronger—by encouraging more artistic collaborations with Tijuana, and by better connecting the arts with people and institutions in the area’s biotechnology sector. (She cited ZERO1, a Silicon Valley network that connects artists and technologists, as a model.)

“I think San Diego is a hotbed for creativity, innovation, and growth,” she said. “It’s a critical place to find that nexus between science, technology, and the arts.”

Jones added that San Diego was already stronger in opportunities to consume art and create art than San Diegans imagined; she noted that, in an Arizona State University ranking of cities with creative economies, San Diego was in the top 10.

Lianne Thompson Mueller, curator at the San Diego area arts nonprofit A Ship in the Woods, agreed that perception is an issue. “San Diego is a great frontier for the arts,” she said, and it offered more opportunities for local artists than in oversubscribed San Francisco, where she once lived, and where “every place you wanted to have a show … you couldn’t get it, it was already full.”

Thompson Mueller and other panelists praised San Diego area universities—from UCSD to community colleges—for artistic education, but said there needed to be more classes, clubs and criticism so San Diegans could better understand the value of the arts and the need to support art financially. A great and dedicated art school would also help, they said.

“Think of Chicago. Think of New York. A lot of what comes out of those great art schools [in those cities] tends to live in those cities,” said Thompson Mueller. “It would be great to have a significant art school.”
Artist Jenessa Goodman, whose work is showing at Lux, said there was another side to San Diego. In cities like New York, there are creative industries that employ artists during the day, so they can support themselves and make their art on their own time. “One of the biggest struggles in San Diego is there’s very little creative industry,” she said. “You need a day job—I’m not going to get hired by a biotech company. Qualcomm doesn’t want me. … That’s a barrier to artists coming to the city, and trying to stay in the city.”

She and other panelists said there was momentum building, with more kinds of support for artists and the arts, “but it hasn’t reached that critical mass yet,” Goodman said. “The question is: What is it going to take to get there?”

Answers to that question came from Priya Sircar, a museum and urban planner from Austin (and now based in New York at Lord Cultural Resources). She said she was impressed at how “so much is already happening” in San Diego, but urged more integrating of existing arts resources and a focus on “financial accessibility” to the arts—both for those who want to see it and those who create it.

She said city and county governments in San Diego could be important conveners to “bring people together people who may not be talking” to develop more partnerships around arts. “What is specific to San Diego that can be spotlighted?” she asked, noting that San Diego’s large populations of active and retired military, and of homeless people, could be connected to the arts.

And she urged San Diego to think of ways to “infuse art into other areas of life as much as possible.” She pointed to Chicago’s efforts to incorporate art into city life—even into the painting and colors of crosswalks. 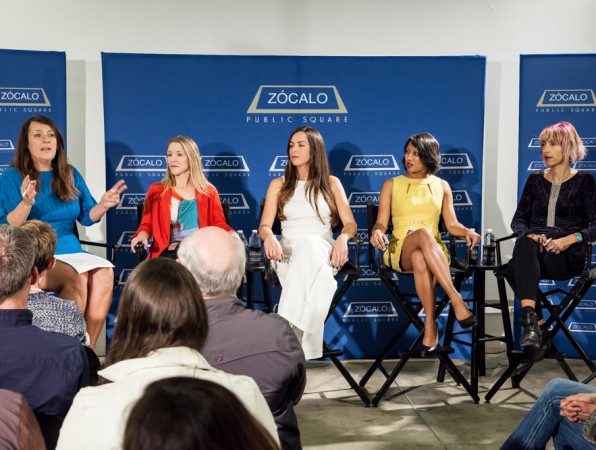 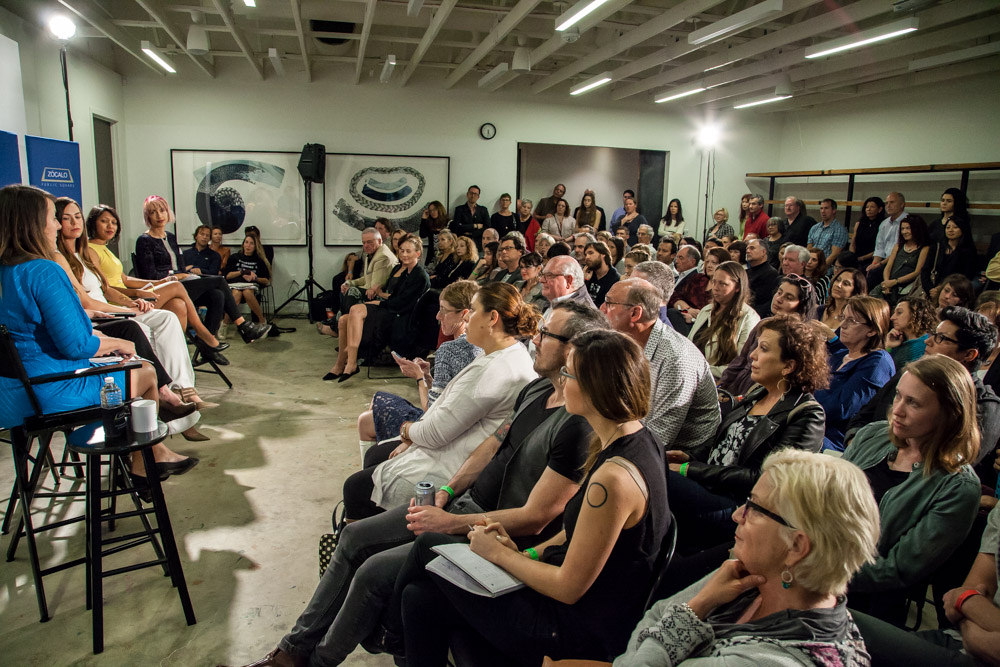 Standing-room-only crowd at the Lux Art Institute in Encinitas 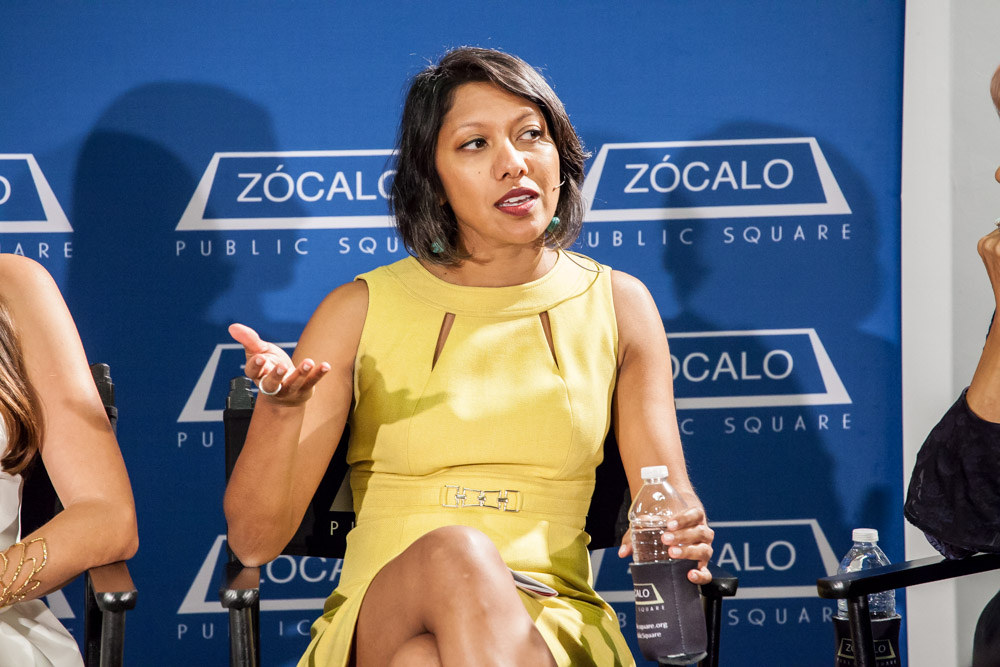 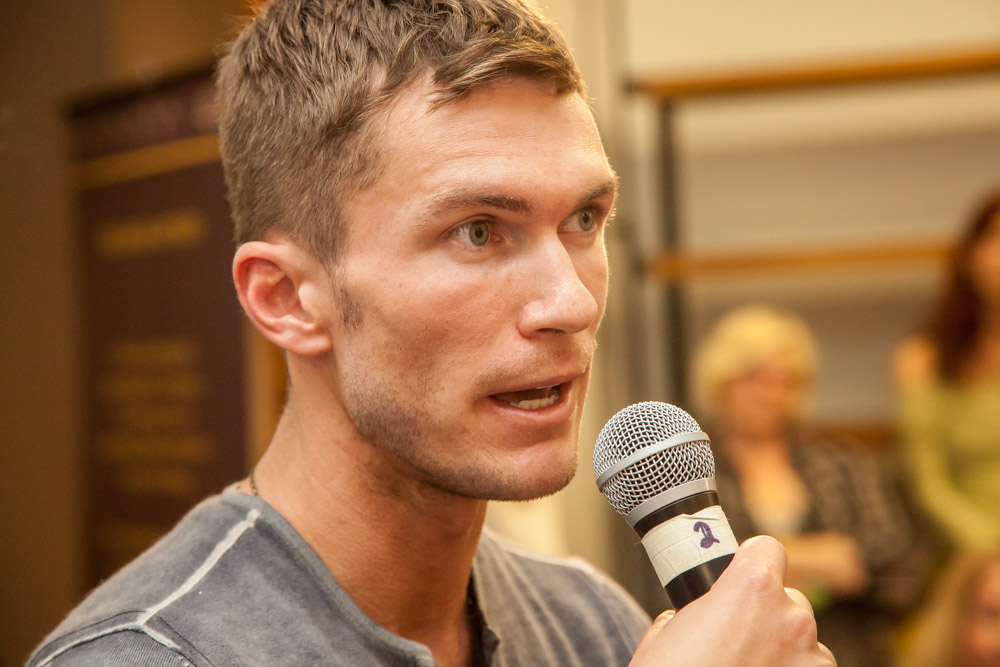 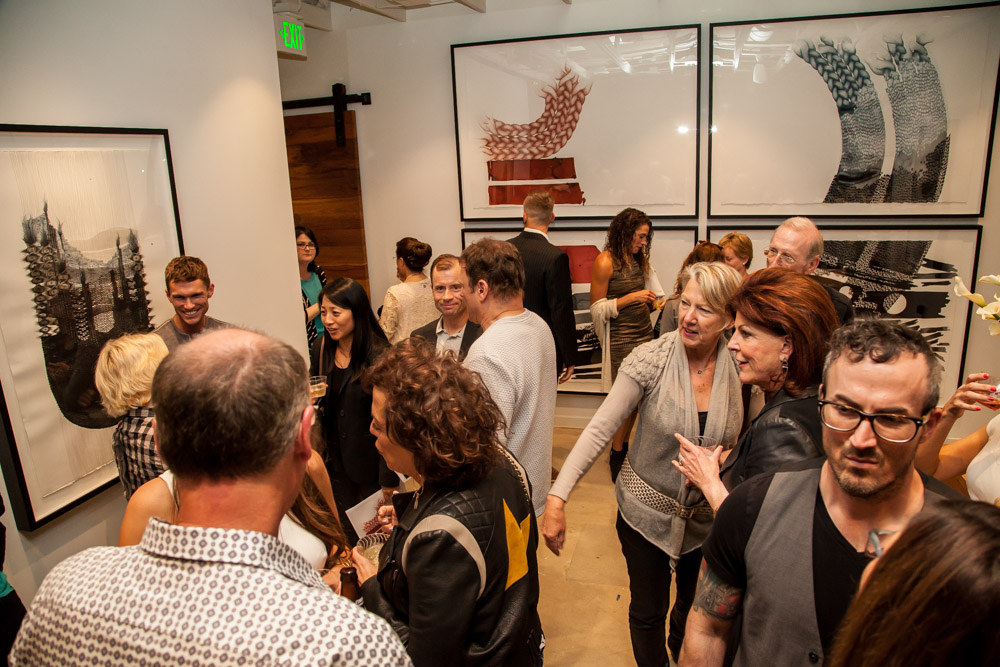 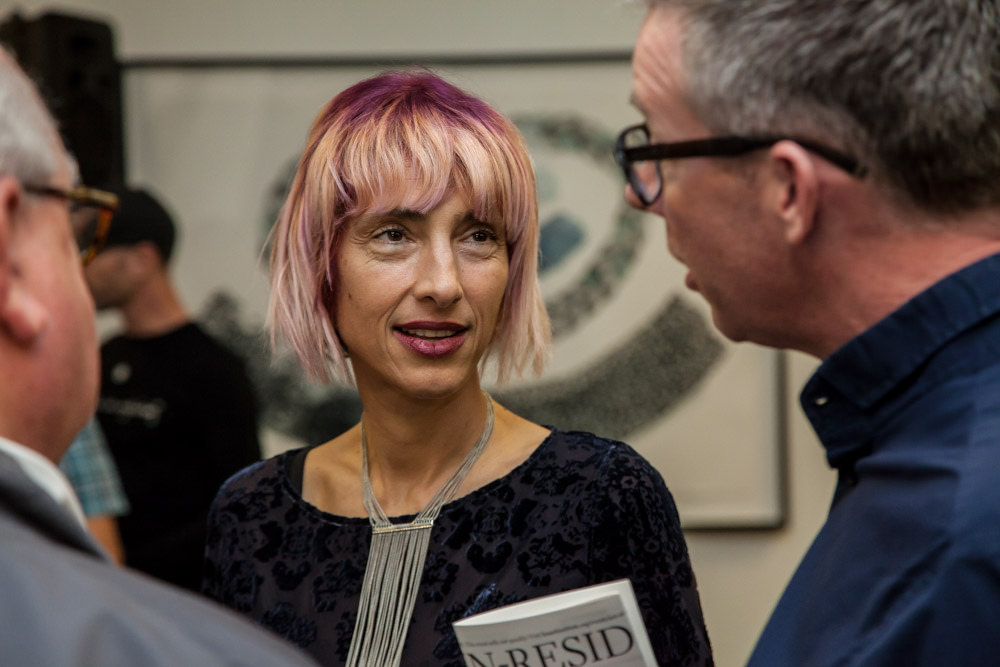 Lianne Thompson Mueller, curator and educational director at A Ship in the Woods, speaks with guests at the reception