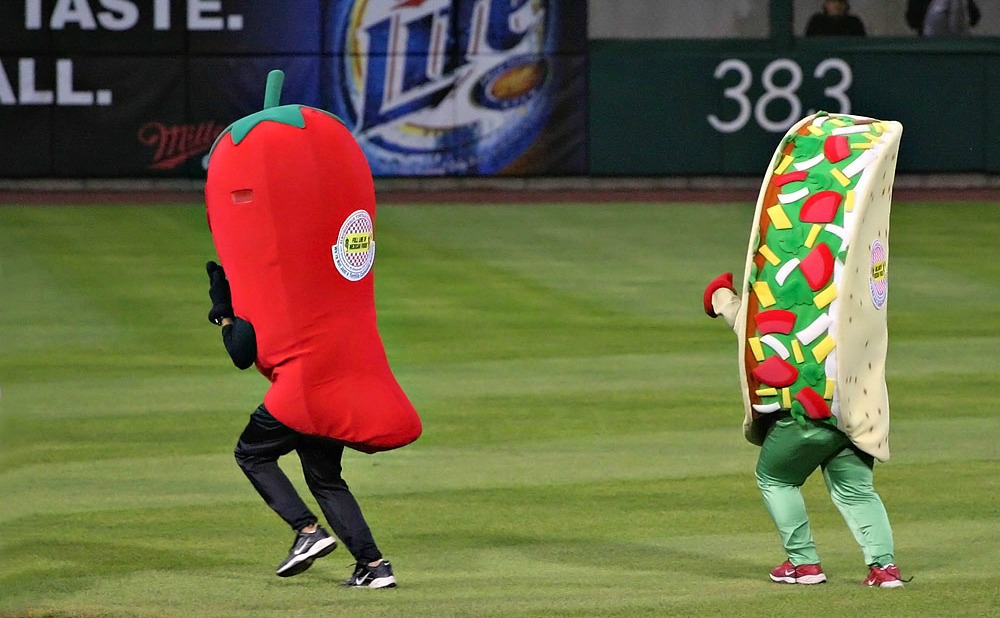 Can tacos save Fresno?

Greater Fresno, with 1.1 million people and growing, is in the process of becoming California’s next big metropolitan area (it’s already fifth—after L.A., the Bay Area, San Diego, and greater Sacramento). But, perhaps because of its poverty, it still has the low civic self-esteem of the smaller town it used to be. And so Fresno hasn’t managed to conjure up a defining, unifying narrative that could galvanize it to build the infrastructure and institutions its population needs.

Good news: Such a narrative may finally be emerging. In recent visits to Fresno, I am hearing Fresnans begin to talk with obsessive pride about their city—and the subject that stirs that pride is tacos.

California is a state of great tacos, and let me stipulate now that you readers are justifiably proud of tacos in your hometowns. But it has long been hard to beat Fresno when it comes to both quantity and quality of tacos. Taquerías—either brick-and-mortar shops, trucks, or pop-up stands—seem to be at every corner, as ubiquitous as gas stations in L.A. or coffee shops of laptop-open entrepreneurs in the Bay Area. The competition and the nearness of agriculture keep the quality of the food high, and the diversity of taco styles reflects how the agriculture industry, over the generations, attracted people from every corner of California and Mexico to the San Joaquin Valley.

What’s new is how Fresno is now recognizing and celebrating its taco riches, in ways that blur traditional divides within the city.

This mainstreaming of the taco culture has been pushed by taco truck owners with the savvy assistance of Mike Oz, a local journalist, and a marketing whiz named Sam Hansen, who works for the Fresno Grizzlies, the city’s popular minor league baseball team.

In 2011, Oz and Hansen began what has become an ongoing search for taquerías and taco trucks in every corner of Fresno County. (Like deep-sea exploration, it’s a massive search, and they’re still finding new species, they say.) To show off all that diversity, they launched an annual Taco Truck Throwdown at the Grizzlies ballpark. Last year’s throwdown became a citywide sensation, with a crowd of nearly 17,000 fitting into a stadium with 12,500 reserved seats. Attendees gobbled up 38,000 tacos in one night from 24 trucks. Fresno Tacos baseball caps became a popular fashion accessory.

This year, the Grizzlies will change their name every Tuesday to the Tacos, and introduce a taco mascot. During each of these Taco Tuesdays, the Grizzlies will use the stadium entertainment system to tell the story of a different Fresno-area taco truck and its owners, thus spotlighting only-in-Fresno stories that celebrate roots in the fields (“This truck started in tiny Fowler in 1973”) or south of the border.

“It’s inspiring Fresno to open its eyes to a huge part of what Fresno really is,” said Hansen. “People thought Fresno needs to be like L.A. or the Bay Area. We’re starting to look inward and see everything we need is here already. We don’t need someone to validate or co-sign for us.”

The throwdowns have inspired taco tours and imitation taco throwdowns and even a ham-handed effort by Taco Bell to co-opt the movement. Is it only a matter of time before a neon taco is hoisted to the top of the Fresno Pacific Towers high-rise downtown?

The taco is not merely tasty. It feels like the right metaphor. Tacos are a poor man’s food just as Fresno is a poor man’s city. And what is Fresno if not a loose and overstuffed tortilla full of colorful and diverse ingredients?

Taco obsession seems to be binding the city together. On recent trips, I’ve heard everyone from hotel maids and convenience store clerks to elected officials and business leaders wax rhapsodic about local tacos. (Memo to future opponents of Fresno Mayor Ashley Swearengin, who has statewide political ambitions: The fastest way to get her off-message is to bring up tacos.)

Tacos may be blurring the city’s longstanding dividing line: Shaw Avenue. White and middle-class Fresnans have traditionally lived and stayed north of Shaw, but now they must trek south of Shaw, where 90 percent of the taco stands are. Also south of Shaw is the city’s downtown, which shows signs of revival. Just recently, ground was broken on a project to remake downtown’s Fulton Mall.

Tacos also connect increasingly urban Fresno with the fields and smaller towns outside it. 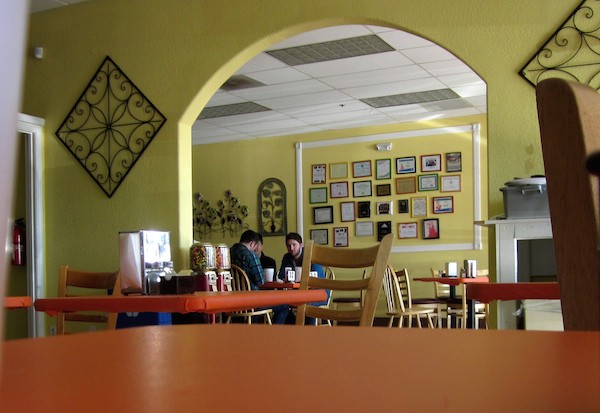 On a dark and cold weeknight, Mike Oz picked me up at my hotel and offered me a taco tour. Taquería El Premio Mayor was closed after the tragic death of the son of the owning family; the death received significant local media coverage, a sign of how taquería owners have become Fresno celebrities.

Oz then took me south of Fresno to the small city of Selma (pop. 24,000) and its Highway 43 Taco Corridor, with several trucks parked in open fields. The first two were very good, and the third—Taquería Los Toritos, a truck wedged between Highway 99 and a truck scale—offered the freshest-tasting carne asada taco I can ever remember eating.

Oz, who grew up in Fremont in the Easy Bay, came to Fresno to write for the Fresno Bee. He was a music writer, then a columnist who looked for ways to celebrate the city. “I was always surprised how Fresno has so many people who hate Fresno,” he said, especially since it’s now a big city with a lot to offer. “Fresno is like the kid who has his favorite clothes, grew out of them, but refuses to take them off.”

The next day, at Oz’s suggestion, I drove myself to La Elegante, a taquería in Fresno’s old Chinatown. From the outside, the place almost looked abandoned. Inside, it was warm and wonderful and full of people.

The tacos were so good (also be sure to order the birria) that I began to wonder if La Elegante could alter the geography of the state all by itself. The site of the high-speed rail station in Fresno is just two blocks away, and the rail authority’s infamously high ridership projections might come true once Californians elsewhere get a taste.