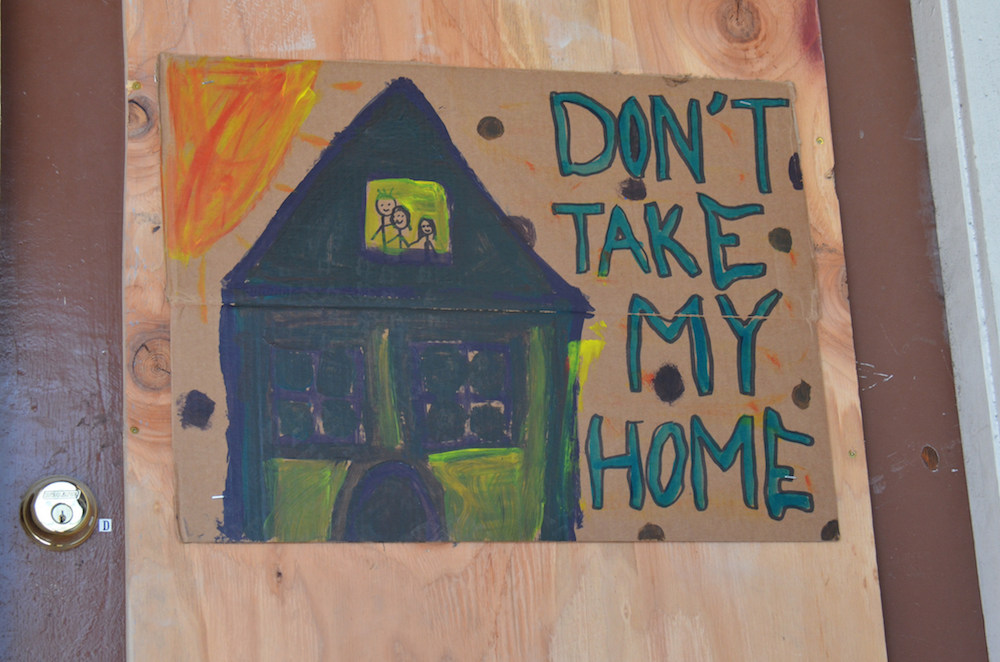 2016 threatens to become the Year of Rent Control, with the topic white-hot in the Bay Area, home to California’s most expensive housing. Rent control refers to laws that put limits on how much landlords may raise rents; such laws often include provisions requiring landlords to produce specific causes before evicting tenants.

Last summer, Richmond became the first city in California in 30 years to pass a new control law (the law was later suspended, and the issue will likely be decided at the ballot). This touched off similar legislation and ballot measures to establish or strengthen rent control in other Northern California cities, including Alameda and Santa Rosa.

And in recent months, rent control has become a top issue in the state’s biggest cities.

In San Jose, multiple proposals to tighten rent controls, perhaps by tying them to inflation, have been debated in the city council, and some could go to the ballot. A ballot initiative to cap rent increases was just filed in Oakland. Los Angeles is considering a new registry of rents and a crackdown on landlord efforts to skirt existing rent control laws. And in San Diego, a tenants’ movement and an online petition are building momentum to establish new controls. In all these places, landlords have countered with their own legislation or possible ballot measures.

The attention to rent control is understandable, given the costs of housing, but unhelpful. Rent control is a policy that, as libraries full of research and California’s own experience demonstrates, doesn’t do much to accomplish its avowed purpose: to make more affordable housing available. The last thing California needs is a costly and time-consuming fight over rent control.

As the state’s nonpartisan Legislative Analyst’s Office made clear in a 2015 report, the heart of California’s housing problem is that we Californians have long failed to build anywhere close to enough new housing to accommodate the number of people who live here. The office said we’d need an additional 100,000 units a year, on top of the 100,000 units we’re building, to mitigate the problem. As a result, housing prices and rents have long been higher than in any other state. And the problem has been getting worse, even in this era of slower population growth. In 1970, the gap between California home prices and the rest of the country was 30 percent; today, home prices are 250 percent more expensive than the American average.

The shortage is strongest in the urban coastal counties where people most want to live, creating a wave of people who push inland in search of housing. So Californians devote more of their incomes to housing, live in more crowded spaces, and commute further to jobs. In a Sacramento speech last fall, Roger Sanders, former finance director for the San Francisco Mayor’s Office of Housing and Community Development, noted that, from 2010 through 2014, “the state population increased by 1.55 million, while throughout all of California only 312,000 permits for new housing were approved, or one unit for every five new residents.” Significantly, the urban counties (10 northern counties and seven southern counties) approved only 200,000 units, or only one for approximately eight new residents.”

The reasons for the lack of building are many and related: community resistance, environmental policies, high costs of construction, a lack of fiscal incentives for local governments to approve housing, regulatory constraints on development, and the high cost of land. This is such a wickedly complex problem that it’s laughable to see rent controls as a cure.

Since housing markets are regional, it’s especially hard to see how local rent control in one city or another could ever make any impact. To the contrary, one reason for California’s sprawl is the way that cities within regions compete with each other to claim the most desirable businesses and housing for themselves, while sticking their neighbors with needier people.

And if rent control really works to control prices and produce stability, as its supporters claim, why are the cities with rent control—among them Beverly Hills, Los Angeles, Palm Springs, San Francisco, Santa Monica, San Jose, Thousand Oaks, and West Hollywood—so expensive? And on the other side of the question, opponents of rent control sound ridiculous when they warn that it will discourage new construction, especially since state law has exempted new construction from rent control laws since 1995. All but about 15 cities in California have no rent control—and they have housing shortages, too.

The real import of the rent control debate is as a reminder of California’s civic disease: our long history of embracing complicated formulas as ways to dodge the hard work of democratically solving tough problems. Rent control laws often include complicated formulas for allowing rents to be raised by different percentages or in different ways depending on a host of conditions (like whether a landlord has made capital improvements or had made previous rent increases).

It’s instructive that rent control’s California history is deeply intertwined with the ultimate dodgy California formula, Proposition 13. That constitutional amendment, approved by voters in 1978, provided the foundation—via its limits on property tax increases and supermajorities for state and local taxation—upon which two generations of other fiscal formulas have been built.

One false promise of Prop. 13 was that saving property owners money on their taxes would lead to lower home prices and rents. So when home prices and rents soared after the amendment passed, liberal cities began to install rent control ordinances that, like Prop. 13, didn’t lower rents or housing prices either.

Rent control has been—and will be, if it expands in the near future—just another complication in a housing world that already has too many such kludges. And it’s a particularly counterproductive one since, just as Prop. 13 keeps taxes lower the longer you stay in your home, rent control grants special privileges to the older and more stable among us, regardless of their actual financial need.

That is the peculiar tragedy of 21st-century California: A place that once cherished and defined the new is now organized around the imperative of favoring the old and the established. It is infuriating, and odd, that people who think of themselves as progressives defend, and even seek to extend, such fundamentally conservative policies.

The people who need protection in California are poor people who cycle through housing. The best approach here is not more housing incentives—decades of housing incentives both to developers and renters have produced very little housing here—but developing robust support structures (via transportation, health, child care, jobs, and cash) that follow poor people wherever they can find opportunity. And, of course, more housing.

In a state devoted to anti-tax formulas that don’t keep taxes low and education funding guarantees that don’t guarantee much money for education, it’s no surprise that rent control laws don’t make housing affordable. So let’s not pretend that rent control is anything other than just another way of pretending to address our housing problems.