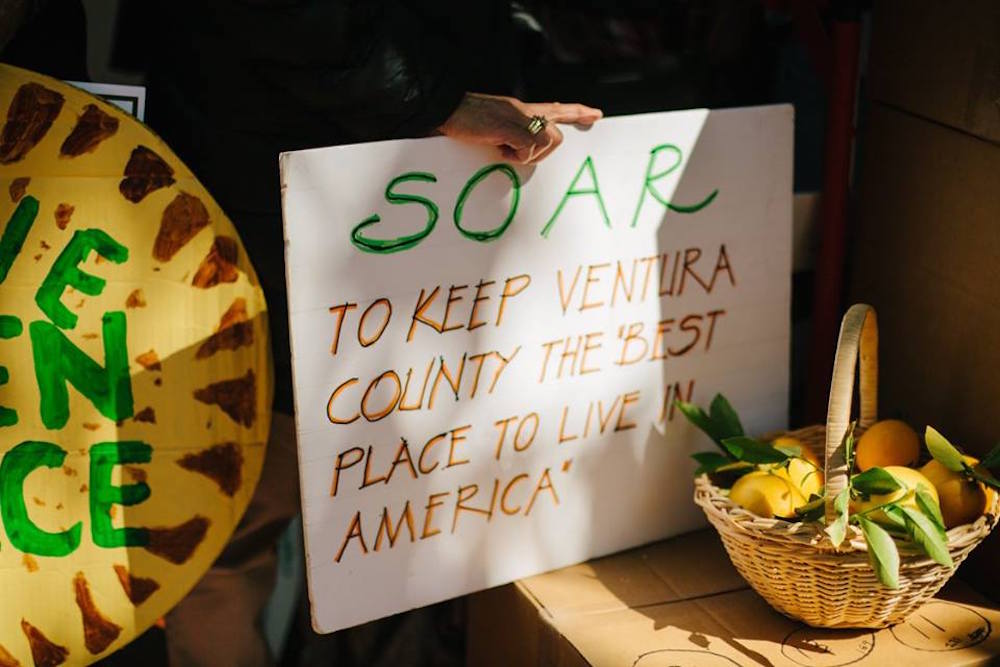 Ventura County is the most glorious and verdant of California kingdoms.

Just ask its princes and princesses—those fortunate enough to be able to afford to live and vote there. Most of the time, the nearly 900,000 residents can pretend that they live in the country, even though they’re part of greater Los Angeles. Parks or open space or farmland is almost always within easy walking or biking distance. The Santa Clara River, the least developed of Southern California’s waterways, is being protected. The Kingdom of Ventura’s cities remain separate and distinct developments on the landscape—they haven’t sprawled and melted into each other, like cities do elsewhere in Southern California.

Their secret? “No other county in the United States has more effective protections against urban sprawl,” says the web site of SOAR, aka Save Open Space and Agricultural Resources, a family of growth-controlling ballot measures.

Those SOAR protections have been fixed in the laws of the county and its cities for two decades. SOAR permits development only within certain urban cores in the county and makes no allowances for population growth. And if a developer wants to change the boundaries or develop open space outside the areas where growth is permitted, that developer can’t buy off the county supervisors or a city council. SOAR requires any development in protected open space be approved by the voters.

Ventura voters like the results so much they are moving to make them all but permanent this November, when they vote on county and city measures that would extend SOAR protections through 2050.

In practice, this has made the Kingdom a mighty fortress. Those sprawling suburban housing developments that fill up the San Fernando Valley to the east and the Santa Clarita Valley to the north? They stop at the county’s edge. It’s almost as if Ventura County has built a wall against growth along its border—and made neighboring Los Angeles pay for it.

All of which makes SOAR worth celebrating. But there is a problem with those walls, and within the Kingdom. And that problem is not the wonderful things that growth restrictions have done. It’s what the princes and princesses of the Kingdom have failed to do. 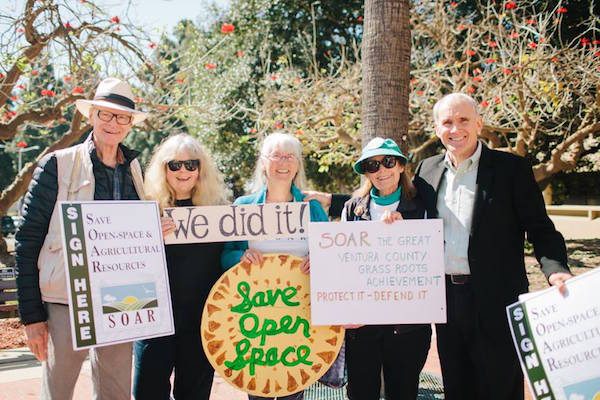 A group of SOAR volunteers in Ventura County.

Smart growth strategies like SOAR are not merely supposed to preserve open space. At their best, they are designed to promote smart growth—to drive more creative, dense, multi-family, and transit-oriented development in the urban cores where growth is still permitted. But the Kingdom has been far from welcoming to this type of development.

Yes, you can find smart, denser growth in the city of Ventura, particularly around its downtown. But infill development in Ventura County has lagged far behind what’s needed to serve the Kingdom’s growing population and its housing needs. The same citizens of the Kingdom who back SOAR also have opposed multifamily and denser developments (Thousand Oaks even passed a ballot measure limiting density), and resisted investments in public transit to connect their urban cores.

The results are as obvious as the choking traffic on the 101 Freeway and the astronomical housing prices. Ventura County is one of the 10 least affordable places to live in the United States. It’s been very difficult for middle-class people, much less lower-income people, to make their homes there, and that makes it hard for companies to locate there. Many service workers have to commute from outside the county.

“We need to understand that there is an uncertain capacity within our urban boundaries to accommodate job growth,” Bruce Stenslie, president of the Economic Development Collaborative of Ventura County, said during a public conference earlier this year on SOAR. “Which doesn’t mean that we should tear down the urban boundaries, it means we need to be a little more mature about questions concerning in-fill development and higher density.”

Of course such immaturity about growth—and high housing prices and inequality and traffic—is not limited to Ventura County. What’s frustrating is that after 20 years, the Kingdom doesn’t seem to have learned its lesson. The current proposed renewal of SOAR doesn’t include any new flexibility to account for population growth—and it’s not linked to any broader effort to do more infill development in the cores.

This represents at best a missed opportunity—and at worst an example of mass public selfishness.

Matthew Fienup, an economist with Cal Lutheran University’s Center for Economic Research and Forecasting (who likes to talk about how much he loves living across the street from orchards), points out that there are myriad ways to require more regular analysis and adjustments of the boundaries, and to put management of the boundaries in the hands of planners, instead of the hands of people with the money to put questions to voters. Fienup suggests that the county would be better off establishing tradable development rights that would protect the same amount of land while bringing some flexibility to the boundaries.

… it’s great if your community wants to protect open space from development, but then you don’t get to block denser development, housing, and transit in your already developed spaces.

But in its intransigence, Ventura is an example of the California disease—grab your piece of the Kingdom, and then keep out anyone who might come in after you. And few in Ventura seem to care that the county, like other urban coastal places in California, has seen such a decline in its number of children and young families that it might eventually resemble a well-off senior living community.

In California, local growth restrictions are only one small part of how the old block the young. State laws make housing development slow and costly. Prop 13 provisions keep their property taxes low, encouraging people to stay in their homes longer, which reduces the supply of homes on the market.

This local anti-growth bias is now a major statewide issue as California faces a crisis in housing affordability and availability—for anyone but the most affluent. To push back against anti-growth local communities, Gov. Brown is championing legislation that would exempt many urban housing developments from environmental or local government review.

Many localities have responded to this statewide push defiantly, via local ballot measures that block growth and housing, as the Voice of San Diego documented recently. The least responsible cities are going beyond growth boundaries to impose anti-density restrictions. The most reactionary of these ballot initiatives comes from Santa Monica, which was just connected to the L.A. rail system by L.A. county taxpayers. That rail connection should inspire denser, transit-oriented development. But anti-growth Santa Monicans want to derail all this by requiring a vote of the people on most developments taller than two stories.

The defense of those backing anti-growth measures is disingenuous: If you don’t like restrictions, you can go to the ballot. But that argument is an invitation for development to be determined by a showdown between NIMBY demagoguery and self-interested political money, as opposed to any rational long-range planning.

One lesson from Ventura County is that growth boundaries like SOAR shouldn’t be pursued in isolation. They need to be tied to rock-solid requirements for creating more housing, both for low-income and middle-income people. To put it another way, it’s great if your community wants to protect open space from development, but then you don’t get to block denser development, housing, and transit in your already developed spaces.

If Ventura County wants to wall off growth in its open areas until the end of time, fine. But it must be compelled to open gates in its walls big enough to bring much more progressive development into the Kingdom.