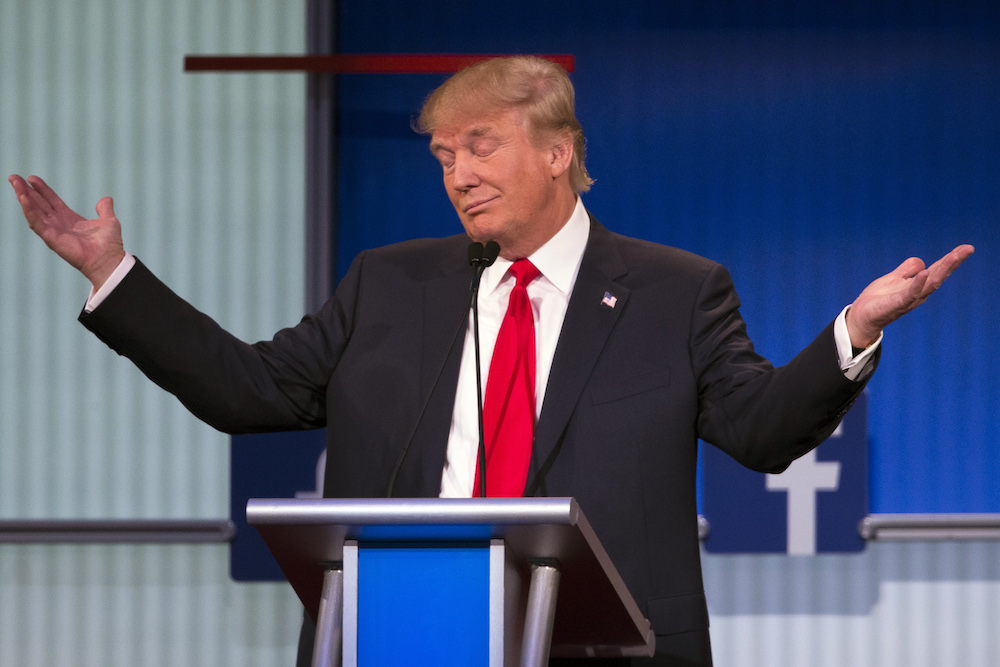 It’s the word of the summer: Victoriotic.

You won’t find it in the Oxford English Dictionary or Merriam-Webster, at least not yet.

It began its life as an epithet, hurled by my oldest son, age 7, at me.

I was guilty as charged. I had a long losing streak against him in the board game, “Sequence.” Finally, I had broken that streak, and I celebrated like a Super Bowl-winning quarterback, sticking my finger in the air and doing an elaborate dance in our living room. I also may have stuck out my tongue at the vanquished second-grader.

In other words, I had taken the state of being victorious too far, to the point that it hurt others. I had over-celebrated the routine. I was so immature, even a 7-year-old noticed.

In my own defense, I’m not the only one being victoriotic these days.

You could call this the Victoriotic Summer. It’s an epidemic spreading faster than Zika.

The news media is thoroughly dominated by the Patient Zero of victorioticism—Donald Trump. He’s constantly rubbing his primary victories, his wealth, his hot wife, his surprisingly well-adjusted children, in the faces of anyone who can listen.

Of course, he’s both a politician and absurdly rich—two major risk factors for victoriotic behavior. My son, while sitting in front of the TV last month, noted victoriotic rhetoric in the Democratic convention speeches of the preening President Obama and the Democratic nominee Hillary Clinton (whose allies now are describing her, victoriotically, as a cross between Susan B. Anthony and Joan of Arc).

In this over-victorious behavior, such politicians are hewing to professional standards. It’s now standard political strategy to blow any victory, no matter how small, into D-Day proportions, and rub it in your opponent’s face. It’s all in the name of “winning” the ever-shrinking news cycle.

And the rich? While it may be hard to believe, there once was a time when the wealthy downplayed their good fortune. Now much of America seems to run on the victoriotic speeches, books, interviews, and philanthropy of billionaires, who take a victory lap for their own success by telling the world how great they are, and how great the rest of us can be if we would only heed their advice on whatever topic they imagine themselves to be experts in: education, science, environmentalism, media, sports, politics, space travel.

California, with more than its share of rich people and politicians, is our victoriotic global capital. And nobody does victoriotic like the Bay Area, with its new money tech giants. Our social media platforms basically exist for victoriotic pronouncements—about professional accomplishments, vacations, volunteerism, and winsome children and pets.

Is the reason for the populist backlash the inequality itself? Or is it the endless victoriotic laps being run by society’s winners—on the plethora of media platforms that make the most fortunate among us more in-your-face visible than ever before?

Still, Silicon Valley lags Hollywood in victoriotic behavior (if little else), which was long ago institutionalized by a culture where every actor is a star, every film is a hit, and everybody is feeling “better than ever.” Just ask them.

We are bragging about our job growth and the ever-larger global profile of our economy (and not talking so much about the Census Bureau’s supplementary poverty measure showing that when you account for cost of living and public benefits, we have America’s highest incidence of poverty.) Our elected officials constantly tout our leading role in fighting climate change (even as the state’s regulatory regime for cap-and–trade threatens to fall apart). Our public universities are always described as the world’s best (even as they charge more, and provide less). We congratulate ourselves on our open-mindedness about immigrants (drivers’ licenses for the undocumented, health benefits for undocumented children), even as millions of undocumented Californians live in the shadows.

This summer has brought great anxiety about the popular anger in the state and in the country, about the less fortunate lashing back at the more fortunate. Is the reason for the populist backlash the inequality itself? Or is it the endless victoriotic laps being run by society’s winners—on the plethora of media platforms that make the most fortunate among us more in-your-face visible than ever before?

Victoriotic behavior has many motivations. People seek validation, credibility, attention, celebrity, vindication, and even love. Or they may be expressing deep insecurities, as Trump does when he exaggerates his billions. Medical research suggests that human beings exaggerate our victories because of our brain chemistry; victorioticism feels good to us, at least for a while.

But I wonder whether, in a big state or a big country, people need to scream about even the slightest wins just to get noticed. There is so much competition—for jobs, for schools, for mates, for parking spots—that you have to be competing, to be winning, at all times. If you’re not victoriotic, you’re not trying. You may even be made to feel like you’re losing.

One school of thought is that this epidemic, like so many other social maladies, is the product of the ways we’re parenting our children now. Here in the second decade of the 21st century, every major moment of our children’s lives can be documented with a phone, and shared, victoriotically, with friends, family, and the whole world.

Victorioticism begins in the hospital nursery these days.

My son is annoyed by this, quite intensely. He calls out adult behavior for being victoriotic, and is self-aware about not making victoriotic statements himself.

Maybe you shouldn’t do a column about my word, he tells me. It would be victoriotic to brag about coining the term, he adds.

Yes, it would, kid. And I just did it anyway.