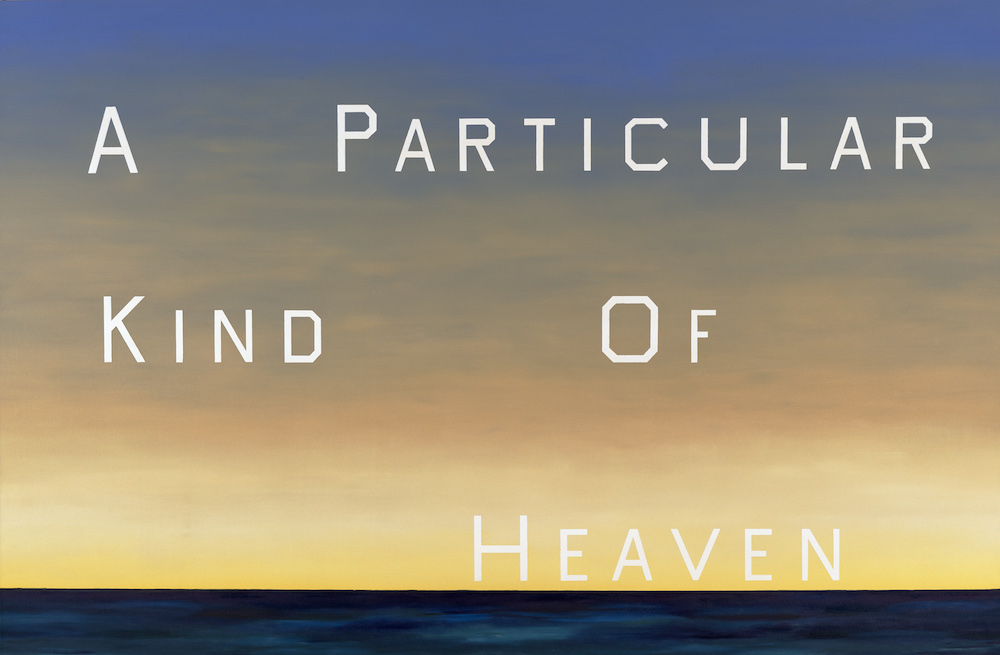 In the story about myself, I was born in Santa Monica, in a rental on Sunset Ave. (yes, Avenue, not Boulevard). Early February, which is a bleak month elsewhere, but not in L.A. In my mind, I conjure the salty air, the white Volkswagen Rabbit in the driveway, and my mother’s round belly. My family has recently moved here from small town New Jersey.

A decade after I’m born, on another street in L.A., farther from the beach, a neighbor will take a camcorder to my front door. I answer, in pajamas and a robe, a glass of juice in one hand. The house behind me is dark and I squint into the sunlight. No, I don’t want to come outside, I say. I’m watching TV. Every day is nice, so who cares.

More than two decades after that, I publish a novel called—what else?—California. The book, which takes place 40 years in the future, depicts a young couple fleeing a ruined Los Angeles to live in an undisclosed location in the wilds of the state. At events and in interviews, people ask me why California is rife with apocalypse stories. They ask me about California’s influence on the rest of the world. It’s a place without a past, I say, or a mythical one. I say, everything happens here first: health crazes, avocado on sandwiches, the end-of-the-world, ha ha. I fumble through the answers, feeling like a fraud.

The origin of California, as a word, is contested. The most widely accepted theory, however, is that the name comes from a 16th-century Spanish romance novel. What a shock: California’s very beginnings were fictional.

In Las Sergas de Esplandián, California is an island inhabited by black women and ruled by a queen who orders her female warriors to fly on griffins to Constantinople, where a battle wages against Christians. The premise sounds like a B-movie shot at the Los Angeles arboretum (or that’s what my dad, a location manager, suggests, anyway), and it calls to mind the wild, edge-of-the-world quality of my home state, with its Dr. Seussian plants, its Redwoods as tall as skyscrapers. That a conquered Queen Califia brings Christianity back with her to California is also germane, for it echoes our belief that this land can be tamed and remade, despite its fires and droughts and mudslides and earthquakes.

Who wouldn’t love this origin story? All the stories about California are tantalizing, especially when the venerable Northeasterners visit and they’re ogling at our bougainvillea, exclaiming at our light. Later, they might take pictures of tacos. To outsiders, California is for surfers and cults and blondes; lately, it’s for tech nerds. The people are beautiful, and so is the produce. These images of our state aren’t unfounded, and we have only ourselves to blame for fulfilling and promoting them. I can go to Beverly Hills to see women turned simian with plastic surgery, like extras from Planet of the Apes, and I can drive by dozens of aged hippies in Berkeley, not far from the man-boys with their iPhones in San Francisco. Meanwhile, the ocean preens.

My husband, who’s from upstate New York, talks about how the first time he came west on a family road trip, he was amazed. It looks like another planet, he says. I see what he means—but how can I, when it’s my planet? To a native, this place should feel unremarkable, but the truth is, California’s image of itself is so outsized that no one completely lives inside of it.

All this reminds me of a question my five-year-old likes to ask. “Mommy,” he says, “Have you ever been to California?”

To a native, this place should feel unremarkable, but the truth is, California’s image of itself is so outsized that no one completely lives inside of it.

It’s his version of a joke. He was born in a hospital overlooking Venice Boulevard in L.A., and he’s spent most of his life farther north, in Albany, a tiny town next to Berkeley. We’re so Californian that his sister, like me, was born at home. He picks Meyer lemons off the tree in our yard and points out poppies and nasturtiums around town, knows that you can cut open a tough tentacle of aloe and use its goo to cure dermatological ailments. He worries about the drought. His preschool observes Indigenous People’s Day. He loves mini-malls and aguas frescas. His grandfather works “in the business,” and his grandmother attends Coachella. Snow is a novelty. He won’t understand just how Californian he is unless he leaves. And why would anyone do a thing like that?

But his California, like mine, is particular. To other Californians, for instance, snow isn’t a novelty but a seasonal reality. And that’s just the beginning of our differences. The writer Susan Straight, who lives in Riverside and always has, remarked to me the other day, “You can drive and drive, and still be here.” The here just looks different depending on who and where you are. Riverside, for instance, is an old citrus town just 60 miles east of L.A., and while it’s the biggest city in (the forebodingly named) Inland Empire, it’s tiny compared to my hometown. My experiences of the state diverge from Susan’s as much as they align. I get it; as an L.A. native currently living in the Bay Area, I encounter a new California nearly every week. There are towns up and down this state that I’ve never seen.

The California that makes me who I am is only a very small part of the picture.

There’s this: Driving between L.A. and San Francisco on the 5, I pass hand-painted signs at the edge of farmland, decrying the government’s water policies, of which I know nothing about.

And this: The northern edge of California is wooly with greenery. In the south, the palm trees sway in the wind, fronds shaking loose and toppling onto cars.

And this: When the L.A. riots broke out, my dad presumed the destruction wouldn’t spread north of the 10, the freeway that cuts east and west across the city—and divides it. He was wrong.

While my son’s joke can get annoying—he asks me if I’ve been to California at least once a day—it’s also tinged with wisdom. His question is another way of asking, “What is this place? Can we ever truly understand it?” Perhaps not. California isn’t only a state, but an identity, and its brand, equal parts myth and truth, is projected to residents and outsiders alike. I participate in the making of California, I inhabit and embody it, and it also continually evades me.

In the end, all I’ve got is a story I tell myself. An image or two. A fictional island of woman warriors. My parents, far from their families back east, newly arrived in the promised land. My child, naked in the yard, the lawn dead from lack of rain, the fog approaching.

As I write this, the yard outside my office is gaudy with butterflies.

California is slipping through my fingers.