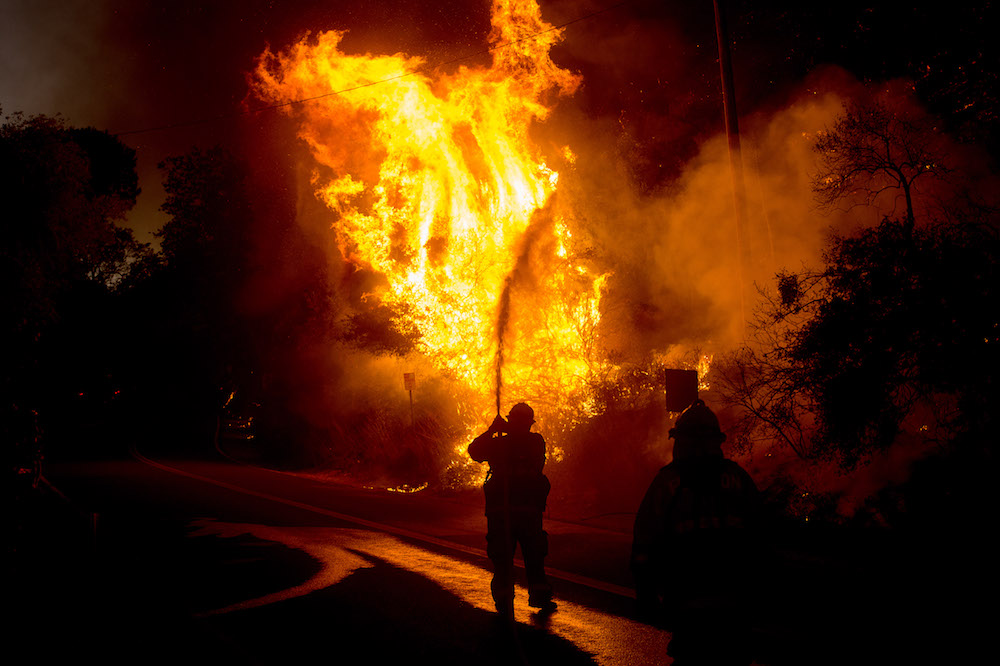 Californians like to brag about our diversity, how our mix of people of all races, ethnicities, and origins produces a vital culture and economy. But we rarely talk about the other less glamorous role diversity plays in our state—as protection against disasters, both natural and manmade.

California is a disaster-prone state, and when calamity strikes, diversity—of all kinds—keeps bad times from becoming even worse.

The central insight into diversity as protection is biological: a diverse eco-system is more resilient. Why? Because when you have different kinds of living things in an ecosystem, it has a much broader variety of ways to respond to stress and calamity. This insight applies not only in your local forest but also in your neighborhood or state government or industry.

When an ecosystem loses its diversity, when the variety of trees and shrubs and other species narrows, you get disasters that are more damaging than those we’ve seen before. That’s the story behind the mega-wildfires—like the Soberanes Fire in the Big Sur area—that have burned so much of California this year. Instead of allowing smaller fires to thin and renew our lands, keeping them diverse, we’ve suppressed fires for decades and as a result lost the diversity of tree and plant life. And so now, when the calamities of climate change and drought and an epidemic of tree death are upon us, our lands lack protection. The result: bigger, hotter fires like 2013’s Rim Fire in the Sierra Nevada, which wiped out seeds and nutrients needed for a forest to rebuild.

Something similar can happen when disasters strike neighborhoods. The most resilient communities are ones with the most diversity. They have people of different ages, levels of education, and backgrounds. Neighbors work in a wide variety of industries. Their financial burdens also vary widely, notably with regard to their homes. Some owe big on new mortgages, while others have paid their homes off, and still others rent.

When the housing and foreclosure crisis struck California and sparked the Great Recession a decade ago, communities across the state got hurt. But, Federal Reserve and academic research show, the hardest hit were newer low- and middle-income communities inland whose residents conformed to a similar socio-economic profile.

The people in such places had bought into developments at the same time, tended to be of similar ages, had typically relied on sub-prime mortgage financing to buy their homes, and worked in similar industries (often construction and services). Such tracts were all but wiped out by foreclosures, while neighborhoods that mixed retirees with families and younger single people were more likely to struggle through.

At the same time the housing crisis hit, a lack of diversity was making the economic catastrophe even worse in my own profession: the media. Economic and technological changes (especially the rise of the internet) were going to do damage to established newspapers and TV stations no matter what. But media outlets made things worse, by professionalizing standards in ways that led to the hiring of too many of the same kinds of people.

… when you have different kinds of living things in an ecosystem, it has a much broader variety of ways to respond to stress and calamity. This insight applies not only in your local forest but also in your neighborhood …

The near absence of racial and ethnic diversity in newsrooms (which to this day remain overwhelmingly white even in majority-minority California) meant that media outlets lacked community allies willing to support them when times got rough. (Newspaper ethics, which required journalists to refrain from involvement in civic and political affairs, also created a distance between media and community that has fueled the disastrous media retrenchment). At the papers where I spent my youth—the Baltimore Sun and the L.A. Times—editors almost exclusively hired people with journalistic training, and were wary of technologists. (The LA Times had its reporters working on dumb terminals, unconnected to the internet even after the turn of the millennium). So these vital civic institutions didn’t have the diversity of expertise and connection to protect against technological change.

When you think about all the ways a lack of diversity leaves us exposed to danger, the lesson should hit home. Diversity is not something to be celebrated or embraced as a virtuous luxury. It must be sought out, encouraged, and developed as a core strategy for success—and survival.

Unfortunately, California is so diverse that we’ve come to take our diversity for granted. We don’t recognize that the state’s diversity today is not our own; it’s a legacy of our parents and grandparents, who brought with them very different cultures and experiences. Today’s Californians are majority homegrown, so, despite our different shades, we are more homogenous than ever before, growing up in the same places, attending the same schools (with standardized curriculums), and speaking the same language. With immigration levels to California declining to near modern lows, we need to think about renewing our population, by attracting more people from around the world to study and settle here, particularly from places like sub-Saharan Africa whose diasporas haven’t reached here in large numbers.

In our old-line neighborhoods, we need to stop fighting affordable housing and new developments that bring badly needed diversity. At the same time, we have to stop doing the same redevelopments, with all the same coffee shops and antique stores, in our downtowns. And we need to stop obsessing about income inequality—which is really just diversity of income—and instead make sure that people with different incomes can afford to stay in California, and live and work productively together.

We must stop protecting our highly centralized system of state government, in which Sacramento makes regulatory and tax decisions for us all, and return real control to local governments so they can embrace very different destinies. And we should fight back against those who demand ideological purity in our politics and parties; our labor unions and environmental organizations should stop purging the Democratic party of anyone who dissents from their line. Those who create political monocultures are making it possible for dangerous people to invade and take over political institutions (Ask your Republican friends—they’ll know what I’m talking about).

Biologists will tell you that the healthiest eco-systems often have gradual borders of transition, where forests slowly become grasslands. California communities need such spaces too. If your town is divided by a big highway or railroad tracks, build big parks or restaurants or grocery stores over these divides, to attract people from both sides.

So get out there and become part of our diversity. Make new friends not like you, move to a different neighborhood, and ignore all your like-minded friends on Facebook. You’re not just turning over a new leaf. You’re protecting the forest from a bigger fire.