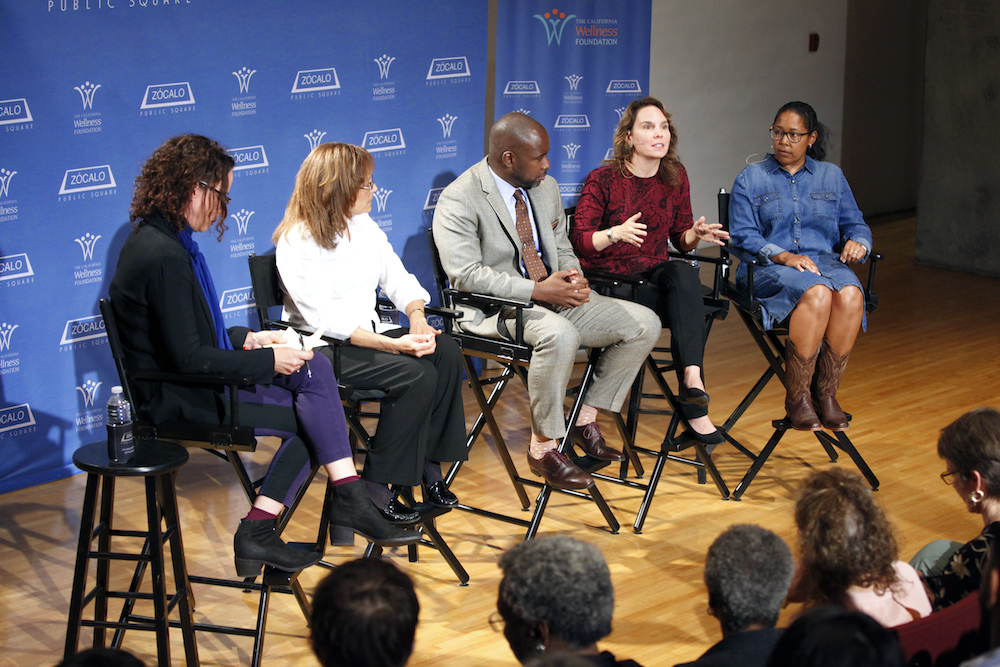 The California Wellness Foundation President Judy Belk introduced a Zócalo/The California Wellness Foundation event at MOCA Grand Avenue by explaining to a large crowd why she was intrigued to hear what people who live and work in Los Angeles have to say about wellness in their neighborhoods. In a recent poll the foundation conducted of Californians, “L.A. rated their community and their wellness experience the worst in the state.”

Why is that? And what are individuals, organizations, and government doing to improve Los Angeles communities? These were a few of the questions tackled at the downtown Los Angeles panel titled “How Do You Fix a ‘Bad’ Neighborhood?”

Harris-Dawson explained that their move coincided with larger American trends—urban deindustrialization and the crack cocaine epidemic. “A place that was safe and was nurturing became completely unsafe, unstable, and downright destructive,” he recalled.

UC Irvine criminologist Charis E. Kubrin said her research has shown that large-scale structural changes in cities such as the ones Harris-Dawson mentioned shape local neighborhoods. “I’m interested in why crime clusters where it does, why it occurs where it does,” she said. “To understand that you have to know how neighborhoods are shaped by larger social forces.”

That holds true for St. John’s Well Child and Family Center/Harbor-UCLA Medical Center pediatrician Chris Mink. “You think one child, one doctor in one office,” she said. “I am one-on-one with the child, but everyone in the community is there with me.” An obese child may be living in poverty, for example, with food insecurity Mink explained. To combat that, she added, you need a grocery store where the family can buy good food, a parent with a job to buy that food, and a park that’s safe for the child to go out and play.

As president and chief operating officer of the Gang Reduction & Youth Development Foundation (the GRYD Foundation), Adrienne Newsom is trying to combat some of these issues through programs like the Summer Night Lights series. Summer Night Lights keeps the lights on at parks in neighborhoods dealing with gang-related violence and also creates events and programs (from sports and food to gardening) for the entire family after hours. The program, said Newsom, is about taking people who live in areas where it’s hot during the summer and who feel cooped up inside, and giving them the chance to come out with their families and enjoy themselves.

“How do you take an example like that where you see success with a program,” Catania asked Harris-Dawson, “And translate that into action on your end?

Harris-Dawson, who was involved in the beginnings of Summer Night Lights as a community organizer, said that it’s two-fold: People and organizations talking to neighborhood residents first, then doing things with the community. Summer Night Lights “created a platform for connection,” he said. “No one knows more than the people living in a block, or a neighborhood, what it takes to bring that place to the next level.” It’s not just poverty but disconnectedness, from both your neighbors and the police, he added, that causes crime.

Kubrin said that communities with less crime have a very close relationship with their police force. “There’s communication, there’s trust,” she said. It goes both ways, too, she explained. People feel they can go to the police if they have a problem. And “the police rely on the community members to help do their job.”

Harris-Dawson pointed to the LAPD’s Community Safety Partnership Program, which places officers in a specific neighborhood for a five-year period and evaluates them not on arrests, but on participating in community activities as a successful way of building such relationships. “Residents know police, and police know residents,” he said.

Yes, said the panelists, but they can’t do it without having support from beyond their communities in fixing structural disadvantages and providing necessary resources. “You can have all the grit you want” in a struggling neighborhood, said Kubrin, but “you are from behind at the start.”

Harris-Dawson said that it has to start with creating “a situation where people’s basic needs can be met,” like having the time and money to cook healthy meals. Too often, we marvel at the rose that grows through the concrete. “I’m like, break up the concrete, there are a bunch of flowers under there,” he said.

So what can be done to transform a “bad” neighborhood?

“I think one thing would be to have some type of town forum, so to speak, where we can actually hear from residents what their perceptions are of their neighborhood and what they think are some of the solutions,” said Newsom. It’s more than that, however. “There needs to be a mindset change, too,” she said.

For Harris-Dawson, it comes down to kids. “Every child has to have their basic needs met. A caring adult in their life. Something meaningful to do. And someone to love,” he said. “I think if you do those things, almost every problem’s solved.”

Mink said that we know what a good neighborhood looks like: “It’s safe, loving, and nurtures growth for everybody,” she said. “There are so many things we need to do and we know how to do” to make those neighborhoods happen. “We just have to get people invested.”

That takes resources. “Where does that money come from?” asked Catania.

The money is there, the panelists agreed. Unfortunately, most of it is going into what Kubrin called “back-end criminal justice solutions” rather than “front-end prevention.” The state, she said, spends $60,000 per year to house a prisoner.

What, asked Harris-Dawson, would happen if you spent that money paying people decent salaries instead?

In the question-and-answer session, audience members asked for advice on dealing with problems in their communities, how the panelists tackle various challenges, and their takes on a few different programs.

“If an inner-city residential neighborhood had a pocket park within a quarter mile of every resident, how valuable would this investment be?” To put a pocket park in every six to eight blocks, he said, would take just 1.2 percent of L.A.’s annual budget.

“It would help with health and wellness and stress relief,” said Newsom.

However, Harris-Dawson cautioned against parks without programming. “The park is identified as one of the most dangerous places” in many neighborhoods in South Los Angeles. A football league in the street, run by adults, is more beneficial to the community than a park without the type of programs GRYD runs, he said.

Another audience member asked what she can do to educate her neighbors about resources available to them, and get the community connected, even as she feels unsafe on her neighborhood’s streets. “What’s the first step?”

“It’s one slice at a time,” said Mink. She works with many foster children who face a number of different obstacles. Her hospital has tried to deal with these obstacles individually: A fundraiser for buying pajamas first, then one to provide lunch in the summer, and finally to buy backpacks for the school year. “Just one slice of the pie at a time,” she said. 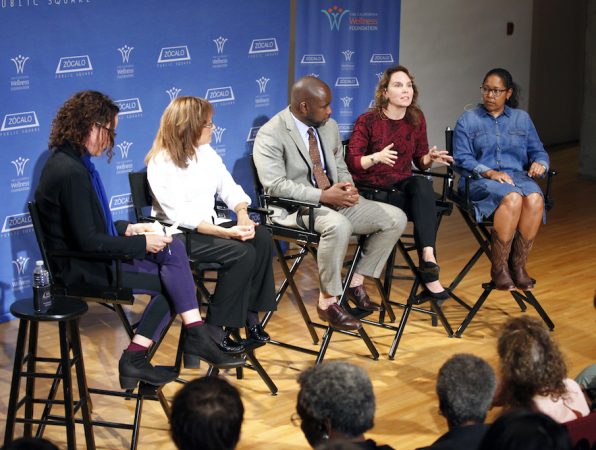 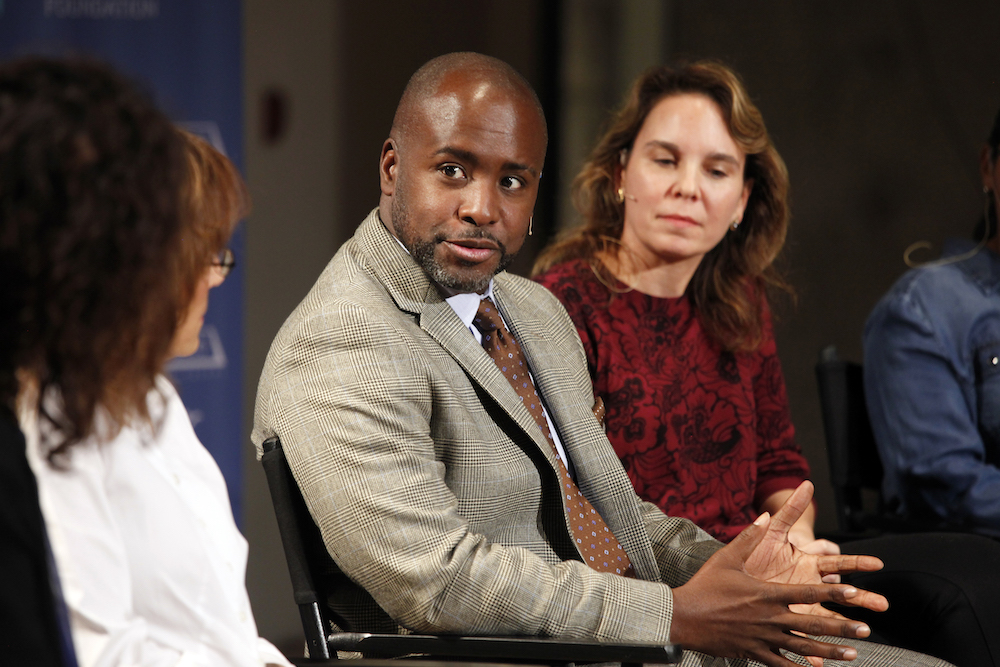 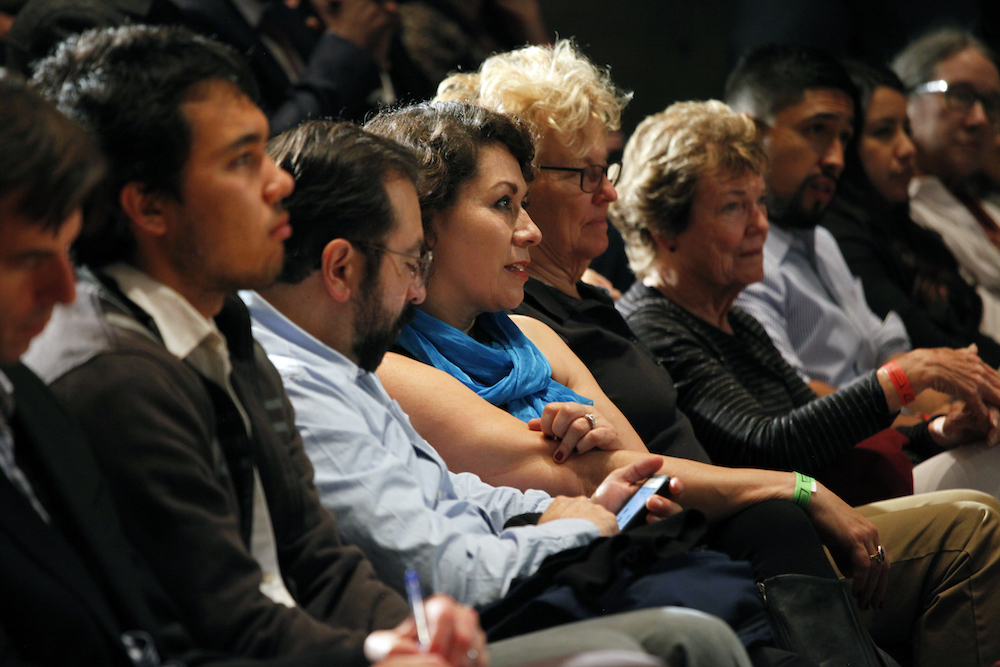 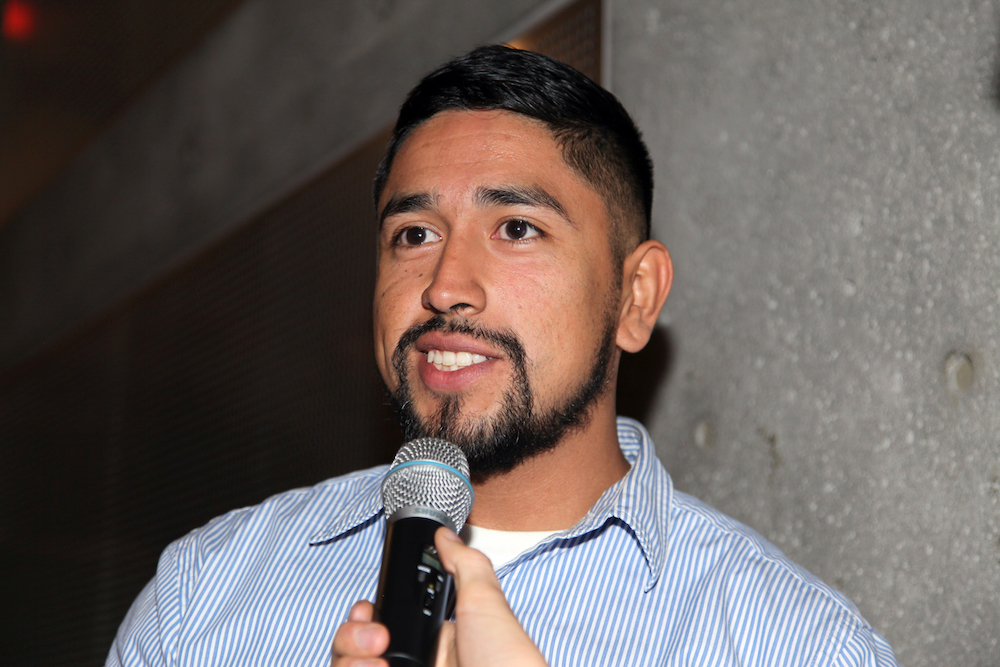 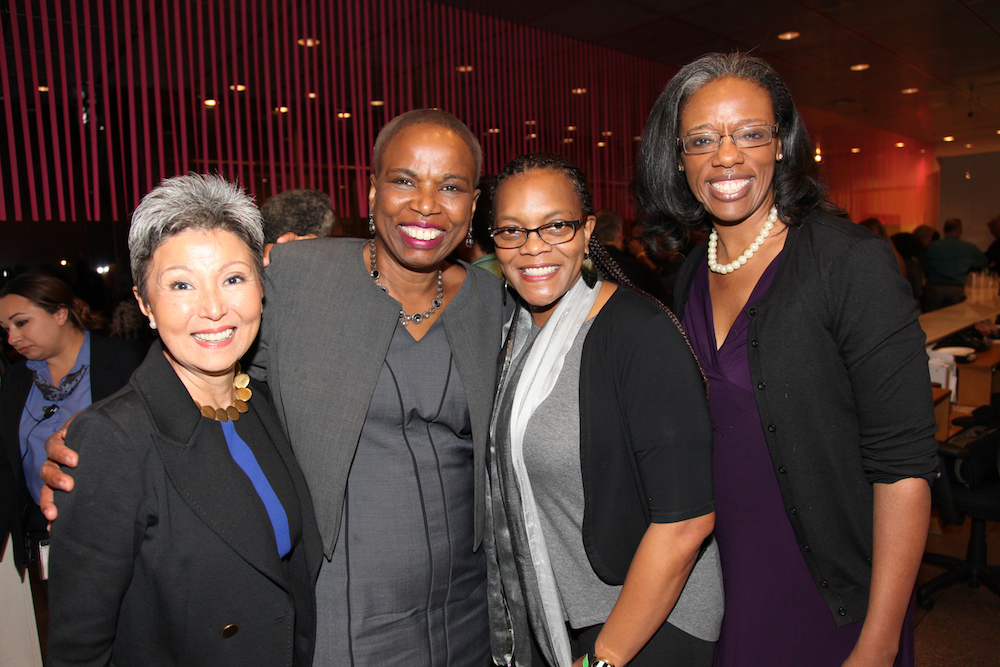 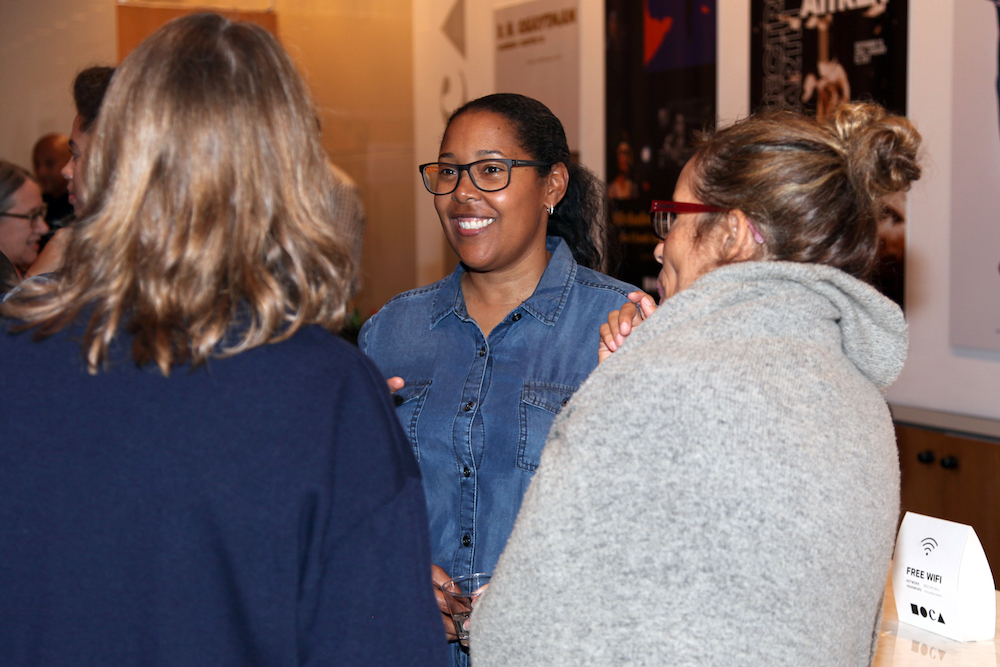