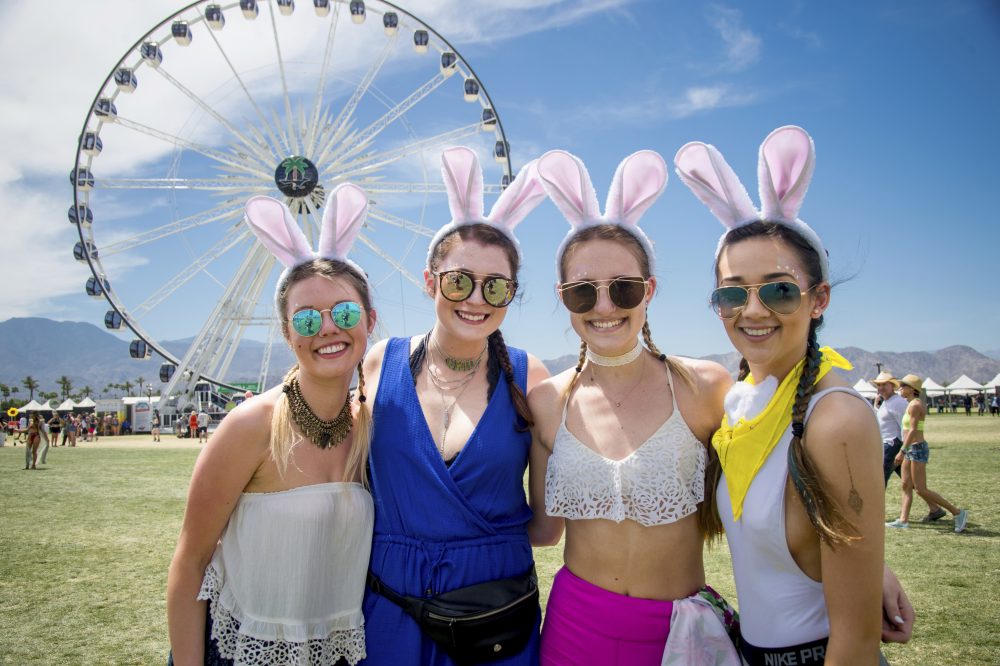 You heard it here first: The next bubble to burst in California, perhaps even before Silicon Valley and real estate, just might be the festival bubble.

The festival economy is growing so fast that it runs the risk of overheating. Even after expanding from one weekend to two in 2012, and increasing capacity this past year from 99,000 to 125,000, the Coachella Arts and Music Festival still managed to sell out in just three hours. Its cousin, Stagecoach, is the world’s biggest country music festival, welcoming up to 75,000 people each year over one weekend in Indio. Coachella and Stagecoach are even spawning spin-offs, like last fall’s Desert Trip (AKA “Oldchella”) and the massive new Arroyo Seco Weekend, headlined by Tom Petty, debuting later this month at the Rose Bowl.

And those are just the big-ticket festivals. This summer, Californians could spend every waking moment attending festivals—hundreds of regional events and thousands of community ones celebrating our arts, our foods, our cultural heritage, or some combination of all three—and still not get to all of them.

Festivals aren’t new here. Our state has shaped and been shaped by major festivals, from the Monterey International Pop Festival during the Summer of Love, to the 1996 Organic Festival in San Bernardino National Forest, which helped launch the rave scene. But today, festivals proliferate for very practical reasons: they match the promotional needs of so many California institutions and communities.

Regional museums and cultural institutions use festivals to differentiate themselves, and attract tourists. No region has taken more advantage of a festival strategy than the Coachella Valley, which hosts dozens of major gatherings, from the big music weekends, to the Palm Springs International Film Festival, to the architecture-design-fashion events known collectively as Modernism Week, to the Indio International Tamale Festival.

Festivals are happenings designed to be photographed, hashtagged, geotagged, and shared in order to produce the maximum amount of FOMO among one’s friends and followers, who won’t get their own chance to attend.

There’s also a cultural fit between festivals and this era. Short attention spans require a constant mix of offerings. And given how hard it is to build any structure in California, the impermanence of festivals is attractive. Californians are turning away from established, brick-and-mortar institutions in favor of pop-up food and social events. Festivals are happenings designed to be photographed, hashtagged, geotagged, and shared in order to produce the maximum amount of FOMO among one’s friends and followers, who won’t get their own chance to attend.

All of which makes festivals both red-hot—and vulnerable. Visiting such events around the state, I keep hearing organizers ask: How much longer before the bubble pops? Will the crowds still have the cash for $5 bottles of water if the state’s other bubbles, from housing to technology, burst? Will they tire of waiting in long lines? In an era of skyrocketing land values, will open spaces hosting these festivals eventually find it more lucrative to house something permanent?

A shakeout may be underway, at least among bigger musical festivals. With so many successful festivals seeking to book the same performers, fees go up, and so do ticket prices. How much can the market bear? Major festivals in the United Kingdom (widely considered the global leader in musical gatherings) and in places from Oregon (Sasquatch!) to Tennessee (Bonnaroo) have seen attendance decline and experienced difficulty in securing headliners. Perhaps the biggest harbinger of a festival problem was the colossal disaster of this year’s Fyre Festival in the Bahamas, which sold tickets costing $1,500 to $12,000 and delivered a grand total of zero performances to a hugely disgruntled audience.

Corporate consolidation is another factor to watch. Many of the bigger music and arts festivals are owned by just a couple of companies, making them vulnerable to economic winds. One of those companies is Goldenvoice, which is responsible for Coachella, Stagecoach, and Pasadena’s new Arroyo Seco Weekend. Goldenvoice producer Paul Tollett mused to The New Yorker recently about threats to Coachella from terrorism to botulism to “fake news.”

“There are big ships that go down over small things. You’re riding high, but one wrong thing and you’re voted off the island. It’s scary,” Tollett said. 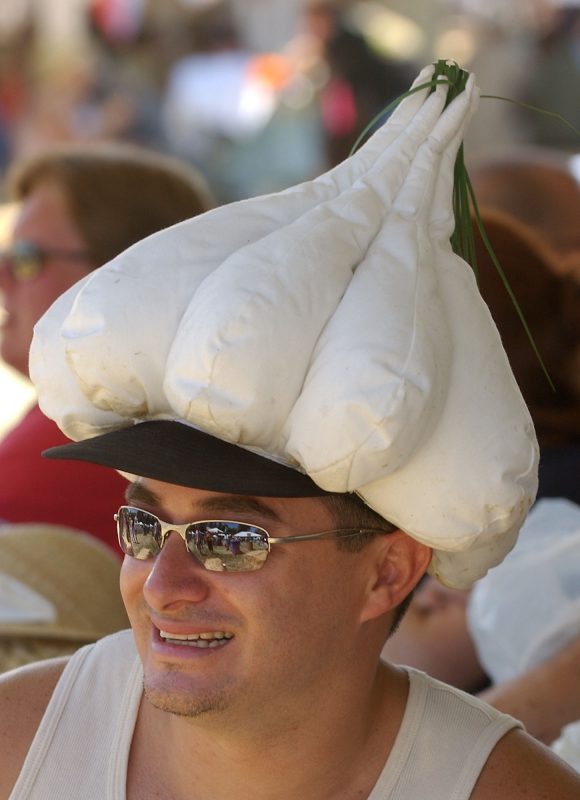 Don’t forget the Listerine: Jerry Hernandez wears a garlic-shaped hat as he listens to a live band at the Gilroy Garlic Festival in Gilroy, Calif. on July 24, 2004. Photo by Marcio Jose Sanchez/Associated Press.

When the shakeout comes to California, which festivals will endure? The fastest-growing events are mid-sized or boutique gatherings that allow people to immerse themselves in a very particular world for a time.

Among these are the High Sierra Music Festival, a family-friendly gathering (entertainment includes a morning kickball game) in tiny Quincy in Plumas County, and Desert Hearts, an electronic music gathering at the Los Coyotes Indian Reservation east of Temecula. The West Coast “transformational” festival scene—a movement that produces hippie parties with lots of costuming—is strong in California; its crown jewel festival, Lightning in a Bottle, is in tiny Bradley in Monterey County.

The state’s best festivals may be small, but they also have a strong sense of place. No matter how many Googlers move into San Francisco from faraway places, it’s hard to imagine San Francisco street events like the How Weird Street Faire ever shutting down.

“In a more globalized ethos,” says Eamon Armstrong, California-based creative director of Everfest, which produces the Fest300 list of the world’s best festivals, “there’s a desire to create your own smaller communities and assert your own identity.”

California’s most enduring festivals have been careful to develop a deep web of ties to their local communities, so they are aiding their hometowns every day, not just one weekend a year. For example, the Monterey Jazz Festival, now in its 60th year, has a robust education program that includes a student festival and summer camp.

But when it comes to engagement, it’s hard to top the Gilroy Garlic Festival, famous for its garlic shakes and garlic cook-off. The event’s proceeds help support over 140 local nonprofits, creating an incredibly diverse array of supporters. It provides a venue for local musicians and performers. It relies on more than 4,000 community volunteers. High school students often complete their community service requirements by working at the festival, and young women compete to win a college scholarship in the Miss Gilroy Garlic Festival Queen Pageant.

Sure, you could have seen Lady Gaga at Coachella this year. But she’s also playing L.A., San Francisco, and Sacramento in August alone. The only place you can find that much garlic is in Gilroy. And the taste lingers.