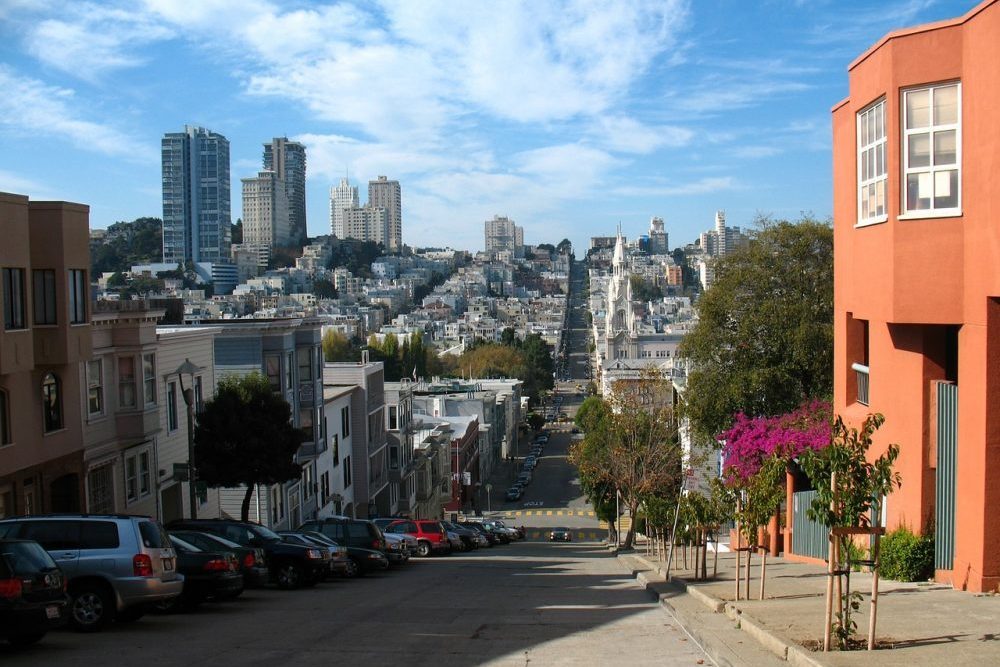 Welcome to the Bay Area, Merced!

Further north, welcome as well to Modesto, Sacramento, Placerville, and Yuba City. And, to the south, you’re invited, too, Santa Cruz, Monterey, San Benito, and Salinas. And while you’re almost in another state, don’t worry, Tahoe City, because the Bay waters are warm.

This expanded notion of the Bay Area’s reach isn’t a joke. It reflects the biggest thinking about California’s future. If you’re in a smaller Northern California region struggling to compete with the advanced grandeur of the Bay Area, why not join forces with the Bay Area instead?

The Bay Area would benefit, too. It is one of four connected Northern California regions—along with the greater Sacramento area heading up into the mountains, the northern San Joaquin Valley, and the north Central Coast triumvirate of Monterey, Santa Cruz, and San Benito counties—that face severe challenges in housing, land use, jobs, transportation, education, and the environment. Since such problems cross regional boundaries, shouldn’t the regions address them together as one giant region?

The Northern California Megaregion—a concept developed by a think tank, the Bay Area Council Economic Institute—includes 12 million people, 21 counties, and 164 incorporated cities. It extends from the Wine Country to the Lettuce Lands of the Salinas Valley, and from the Pacific to the Nevada border.

These places, while different, are already linked, by infrastructure and flows of capital and commodities that date back to the Gold Rush. Today, the Megaregion has grown more integrated as people search a wider geography for jobs and schools, while businesses expand by serving more of Northern California.

The trouble is that this growth is imbalanced. The Megaregion is home to the mega-rich San Francisco and Marin and three of California’s poorest cities: Stockton, Vallejo, and Salinas. 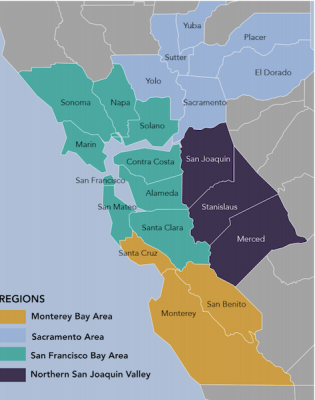 The imbalance of high-paying jobs created in the Bay Area, coupled with scant and expensive housing, results in a sky-high cost of living that blunts the benefits of high salaries. It also has produced an out-migration of younger people and companies. Some of these Bay Area refugees head to East Bay exurbs, the Sacramento area, and even to the Northern San Joaquin Valley, where housing prices are one-third of those in the Bay Area proper and still haven’t recovered to their pre-recession highs. But once there, they often find themselves too far away from their jobs and preferred educational institutions. The result is brutal traffic that slows the movement of goods, produces more greenhouse gases, and creates long, unhealthy commutes for workers.

Figuring out how to rebalance the Megaregion and solve such problems is a high-stakes challenge, and not just for Northern Californians. The entire state relies heavily—perhaps too heavily—on the growth and tax revenues generated by the Bay Area, which accounts for one-third of the California economy.

Nationally, too, the future of megaregions matters. Defined as sets of neighboring metropolitan centers that share infrastructure, environmental concerns, and economic connections, Megaregions are projected to be home to 70 percent of the national population growth between now and 2050. During that period, just 11 American megaregions will be home to 80 percent of the country’s job growth.

For all these reasons, the Bay Area Council Economic Institute’s 2016 report, “The Northern California Megaregion,” deserves more consideration because it offers a vision for how the Golden State might spread out prosperity beyond its richest centers, creating a more distributed version of the California dream.

This is not about letting the Bay Area colonize its neighbors. Rather, it’s a mega-rethinking so that planning and development enable the Megaregion’s pieces—Bay Area tech, Sacramento government, Northern San Joaquin Valley trade and logistics, and the Monterey Bay Area’s farming dominance—to magnify each other.

To pick one example, if new state research-and-development tax credits were to target inland companies, an infusion of technology and investment could allow the Northern San Joaquin to make its logistics industry much less polluting in terms of greenhouse gases as it moves the vegetables of the Salinas Valley to market, perhaps through expanded ports in Stockton, West Sacramento, or Oakland.

Imagine, if the center of gravity in Northern California shifted southeast, landing in the fast-growing Tri-Valley, which includes the cities of Livermore, Pleasanton, Dublin, and San Ramon. The Lawrence Livermore National Laboratory, better linked with entrepreneurs and investment, could be a jobs hub that turns into something of a megaregional capital.

The Bay Area Council Economic Institute’s 2016 report, “The Northern California Megaregion,” offers a vision for how California, as it grapples with the nation’s highest poverty rate, might spread out prosperity beyond its richest centers, creating a more distributed version of the California dream.

Such planning should be performed by new economic development entities that extend across the entire Megaregion; companies that now leave the Bay Area for Austin in search of cost savings might be redirected to Sacramento or Santa Cruz. Such an effort would be strengthened if Bay Area entities jointly lobbied Sacramento to improve education outside the Bay Area. Only half of the people in the Monterey and Northern San Joaquin areas have had some type of post-high school education, as opposed to 70 percent in the Bay Area proper.

The report shows such investments could spin off literally hundreds of new ideas. My favorite: The Megaregion could have its own…well, I’ll call it a Nerd Army of overeducated consultants, or, in the report’s words, “a megaregional corps of consulting post-docs and advanced graduate students” that could be dispatched to solve regional problems and prepare local talent for higher-skill jobs.

Of course, making such a shift would require a well-integrated set of transportation connections from one end of the Megaregion to the other. The goal would be to get trucks and commuters off the hellish 80, 580, and 101 corridors, making it easier for the state to hit its targets for reducing greenhouse gases.

Suggested changes include more service on Amtrak’s Capitol Corridor between San Jose and Placer County, an extension of rail service to Salinas, and support of planned expansions of the ACE (Altamont Corridor Express) train down to Modesto and Merced and up to Sacramento. (Political note: The gas tax increase, on the November ballot for repeal, produces $900 million for these ACE expansions.) And all these changes, in turn, would make the actual completion of high-speed rail more urgent, since the first segment, extended from Bakersfield to San Jose, would connect with this expanded Megaregional transit system.

It is easy to mock such mega-visions. For years, real estate interests have broadcast silly promotions, like touting a major housing development in San Joaquin County as being in the “Far East Bay.” (Local joke: Is that nearer Singapore or Hong Kong?)

But if the Megaregion could harness its joint economic and lobbying power, much of this seems possible. It could even inspire imitators. Could Los Angeles, San Diego, and Las Vegas further integrate into their own Megaregional triangle? And might they throw Tijuana and Mexicali into their planning mix as well?

If it built a record of success, the Northern California Megaregion could expand, connecting to planning efforts in the troubled Northstate, and even extending down the San Joaquin Valley to California’s fifth-largest city.

Welcome to the Bay Area, Fresno.