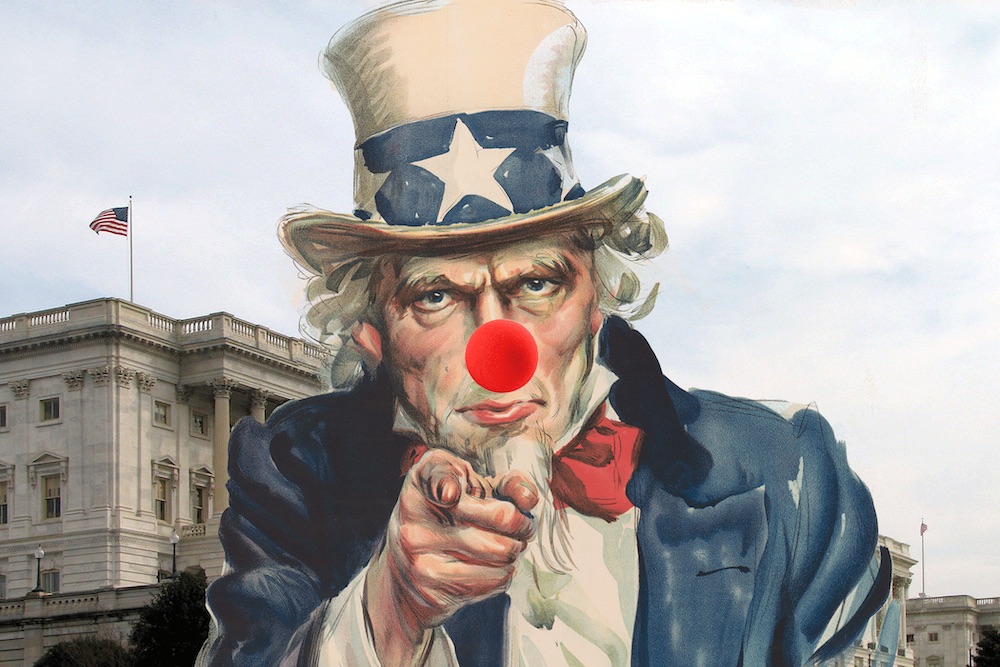 Only a crazy choice for California’s open Senate seat is capable of meeting this crazy moment. Images courtesy of Public Domain.

You’ve complained publicly that you’re overwhelmed with texts and calls, and I understand why. With the election of Kamala Harris as vice president, you must appoint someone to fill the final two years of her United States Senate term. Everyone in politics wants this gig, and that’s a lot of pressure.

So let me take this burden off your hands. You don’t have to make the excruciating decision to elevate one of your politician buddies over all the others. The right candidate is no politician, and is hereby making himself available.

That perfect candidate is me.

You may find the idea absurd at first. You might ask: Why in heaven’s name would I bestow a U.S. Senate seat on some smart-ass columnist who makes fun of me publicly, has no government experience, and currently occupies the esteemed elected office of School Site Council chair at his local elementary school?

The answer to your question lies in that absurdity. Only a crazy choice for the open seat is capable of meeting this crazy moment for you and for California.

Let’s start with your own political interests. Our state offers literally thousands of highly accomplished people, many of them your donors, who could see themselves in the Senate. Dozens of smart, honest Democratic politicians—from U.S. House representatives like Karen Bass or Katie Porter to mayors like London Breed or Robert Garcia to statewide elected officials like Xavier Becerra or Betty Yee—are desperate to rise to higher office, too, after decades of waiting for the Feinstein-Pelosi generation to get out of the way.

You’re in a terrible position because there is no obvious best choice, and since you can pick only one, your choice is guaranteed to breed resentment. There’s a real risk that some terrific Democrat you reject will end up running against you for governor in 2022! Right now you don’t need any more enemies, with all the unpopular choices you face in dealing with COVID, a recession, and the budget.

So don’t fall into the no-win trap of picking a highly qualified, highly ambitious Democrat! Instead, pick me, an unqualified journalist who is not a member of any political party and has zero political ambitions!

I would fill the seat for two years while those Democrats battle amongst themselves to take the seat in 2022. The voters would decide, not you. Maybe I would develop Potomac fever and try to run myself, but you could kill off my candidacy just by quoting my past columns.

Now, your political advisors will tell you that appointing me would make you look bad, because I would be seen as a joke. But that perception would be the central virtue of my appointment. By sending me to Washington, you’d be standing up for California, and sending an unmistakable message to the country:

Yes, our new senator is a joke—but nowhere near as big a joke as the U.S. Senate, or American pretensions of democracy.

By sending me to Washington, you’d be sending an unmistakable message to the country: Yes, our new senator is a joke—but nowhere near as big a joke as the U.S. Senate, or as American pretensions of democracy.

In other words, you’d be saying that California—facing a deadly pandemic, deep societal divisions, and the existential threat of climate change—can no longer tolerate a federal system that cancels our best efforts to protect our people and save the world.

The Senate is the embodiment of that undemocratic system.

It’s indefensible that California and its 40 million people get the same two Senate seats as Wyoming, Vermont, Alaska, Delaware, or the Dakotas, even though each of those states has fewer people than Fresno County.

It’s intolerable that a party hostile to California holds majority control of the Senate, even though that party represents only a minority of the voters, and of the people.

It’s insufferable for California to receive the most unequal representation of any province in any federal system outside South America.

It’s been unbearable to watch this democratically fraudulent Senate back a president who lost California and the popular vote—even as he violated the rights of our residents, sabotaged the census, and lied about everything from our elections to our forests.

And it’s impossible not to feel rage that the Senate approved three of that president’s Supreme Court nominees—one of whom faced credible testimony that he assaulted a California psychologist, and another who was rushed through in record time, even as the Senate refused to send aid to California’s collapsing cities and schools.

Governor, there is no way that California should do anything that makes the U.S. Senate look good. But that’s exactly what you’d be doing if you appointed a great public servant.

Just imagine if you picked Secretary of State Alex Padilla. He would bring MIT-trained brilliance and a record of improving California’s voting system to a body that insults our democratic intelligence. Padilla, whose parents emigrated from Mexico, also would bestow California’s attractive diversity on a Senate that, extensive studies show, favors white people in smaller states and contributes to the systemic racism that plagues our country.

Should we really be sending the Senate our best?

Padilla would be wasting his time and talents in a Senate controlled by U.S. Sen. Mitch McConnell, who will spend the next two years blocking the new president’s priorities. Even in the face of such obstructionism, Padilla would remain his polite and diplomatic self, embracing the “unity” now championed by President-elect Biden. But don’t forget that Biden, a former senator from tiny Delaware, benefited from the anti-democratic system that oppresses the Golden State.

We Californians would all be better off if I—or another unserious choice, like a comedian with a great anti-Senate set, or one of those clowns up in Blue Lake—were dispatched to the Capitol as a human middle finger to this anti-democratic monstrosity.

If that middle finger were me, I’d be happy to vote how you like on whatever scraps of legislation McConnell lets through. I could even report back to you discreetly on Dianne’s health. Beyond that, I would put all my writerly energies into attacking the Senate in which I would sit.

I wouldn’t deliver a speech without calling for the dismantling of the body. I would constantly quote the late, long-serving congressman John Dingell, who argued for the Senate’s abolition, and Alexander Hamilton, who criticized the Senate because it represented states, not people.

“As states are a collection of individual men, which ought we to respect most, the rights of the people composing them, or the artificial beings resulting from their composition?” Hamilton said. “Nothing could be more preposterous or absurd than to sacrifice the former to the latter.”

And if nothing is more preposterous than the U.S. Senate, then your appointee for that open seat can’t be too preposterous. Governor, you know all too well that fighting fire requires fire. Why not fight the absurdity of the American system by sending an absurdity to Washington?