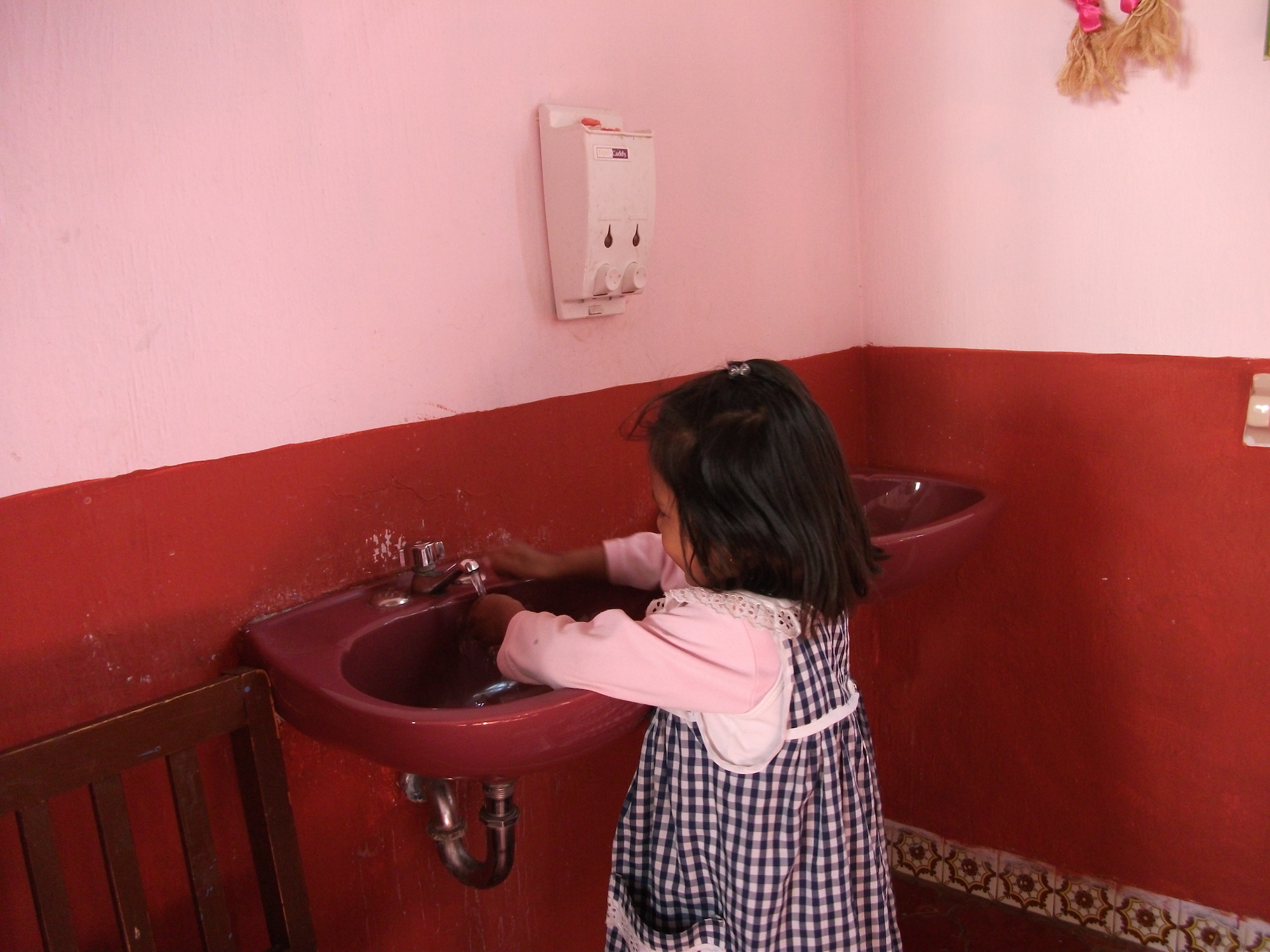 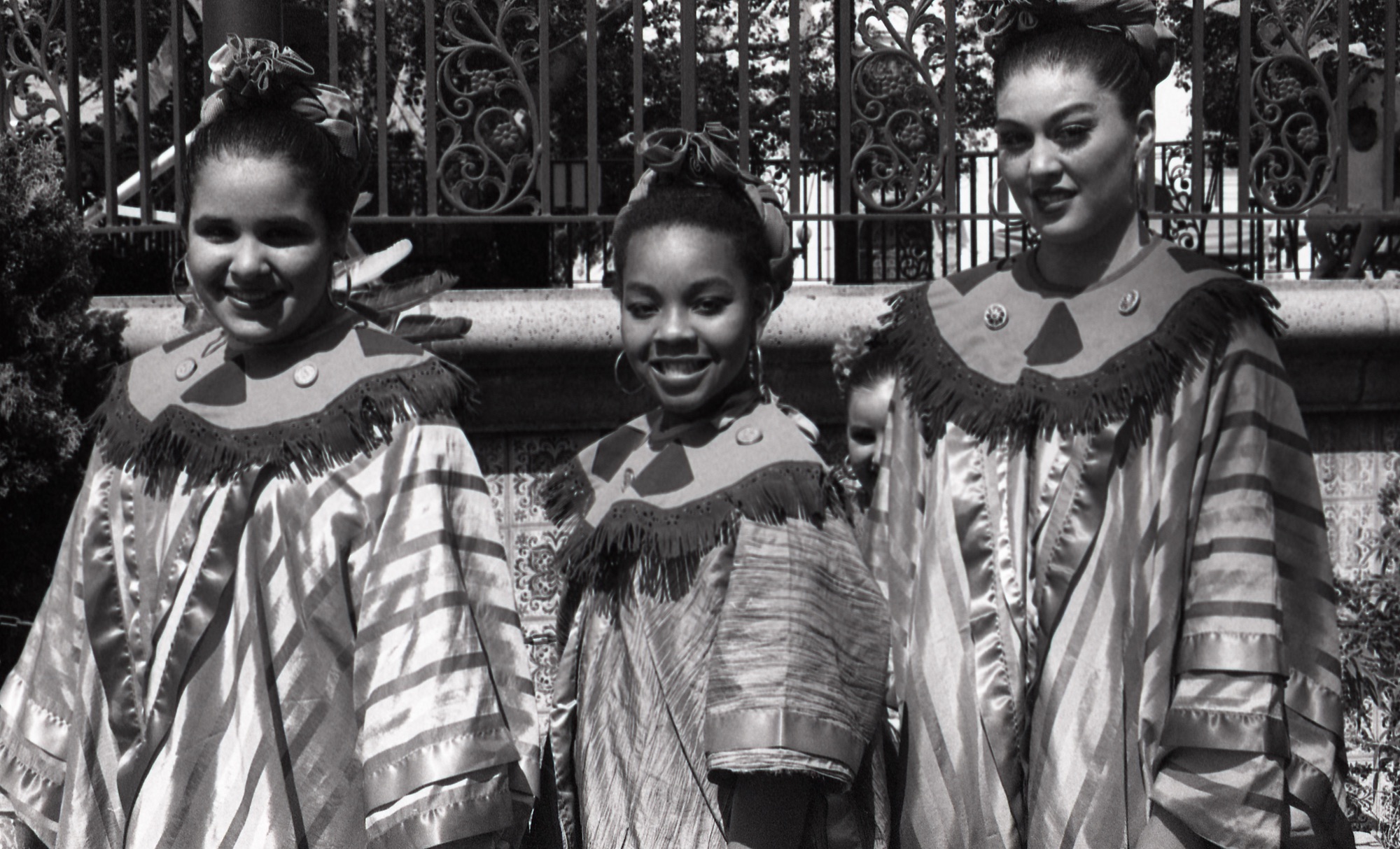 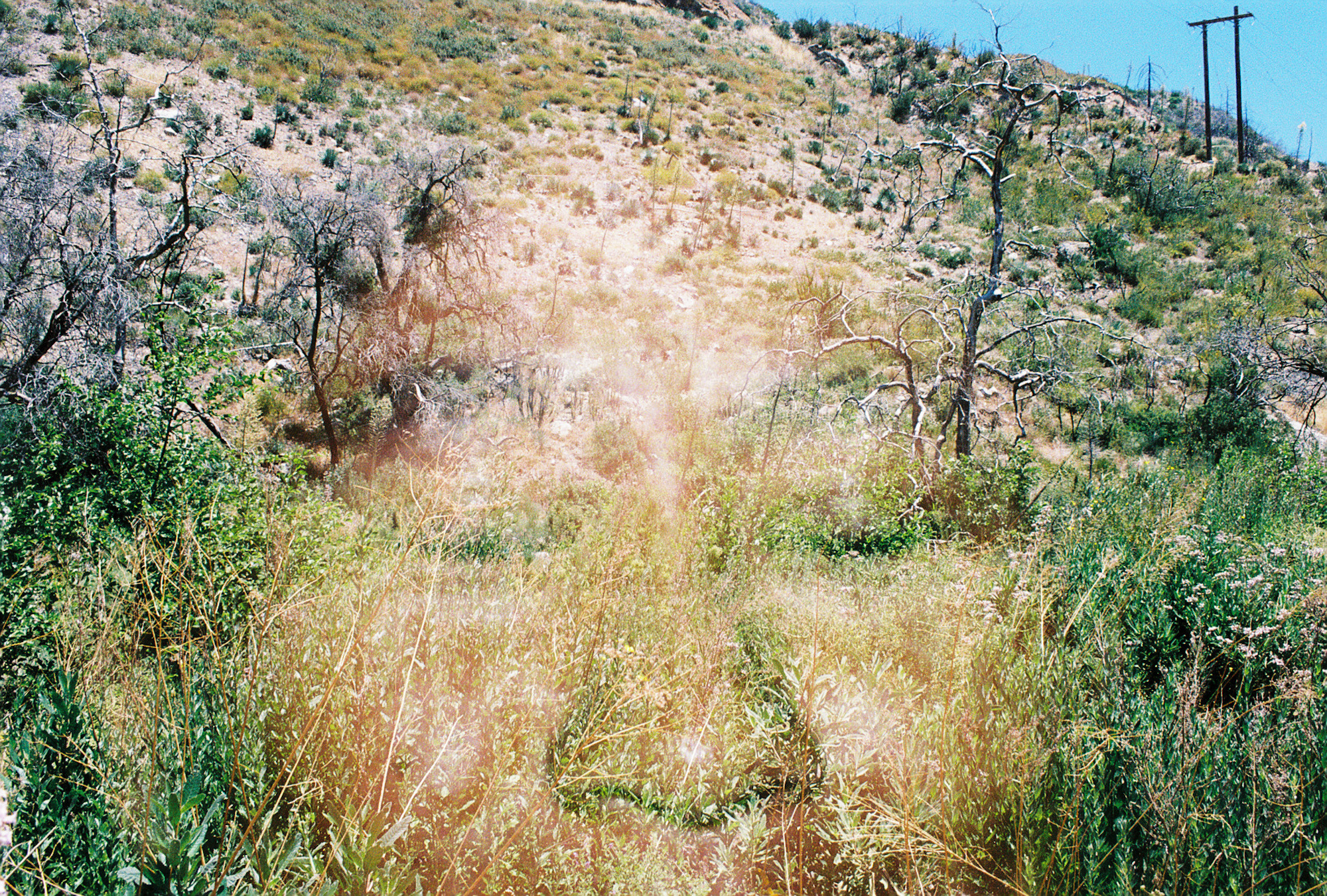 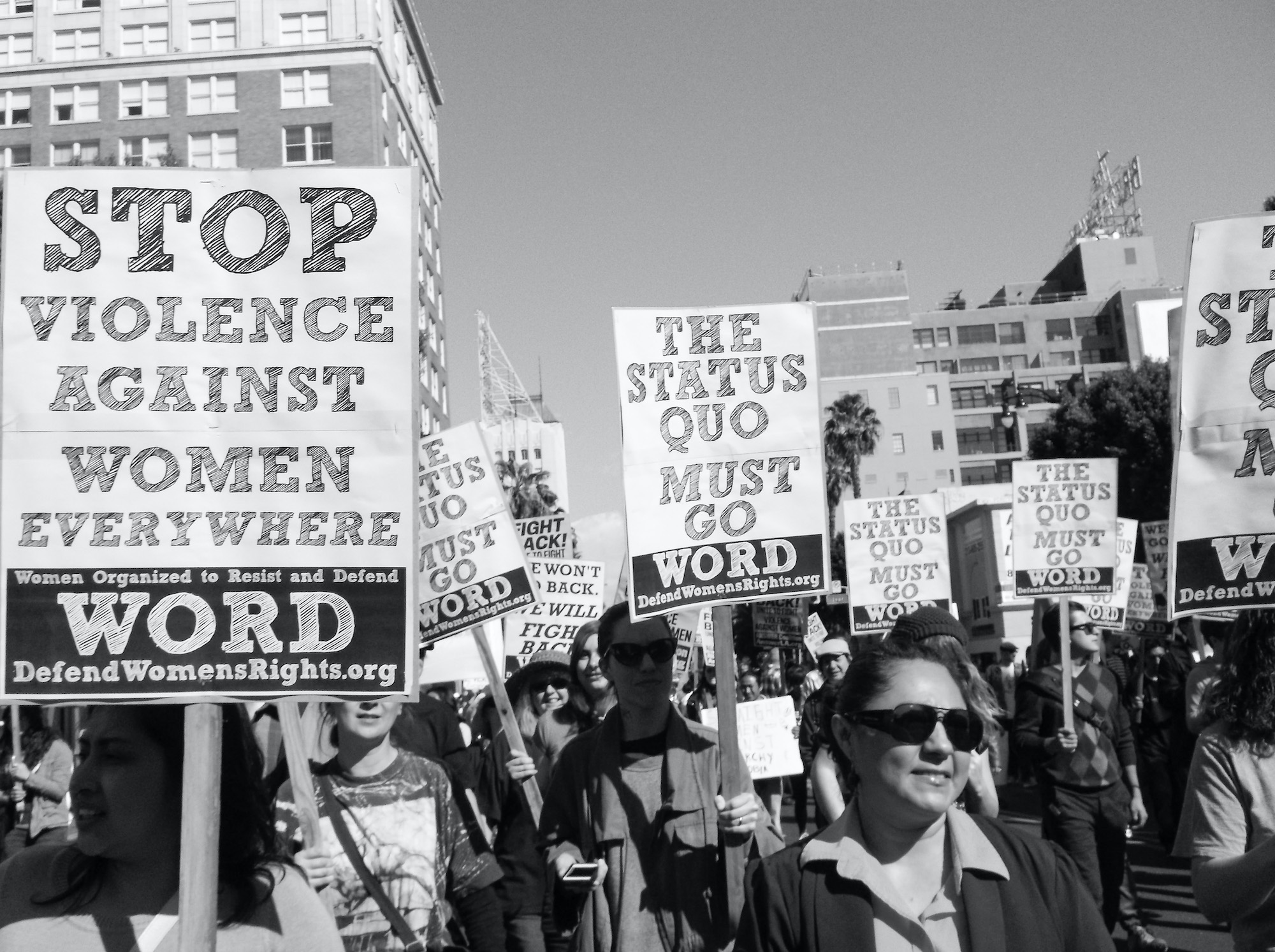 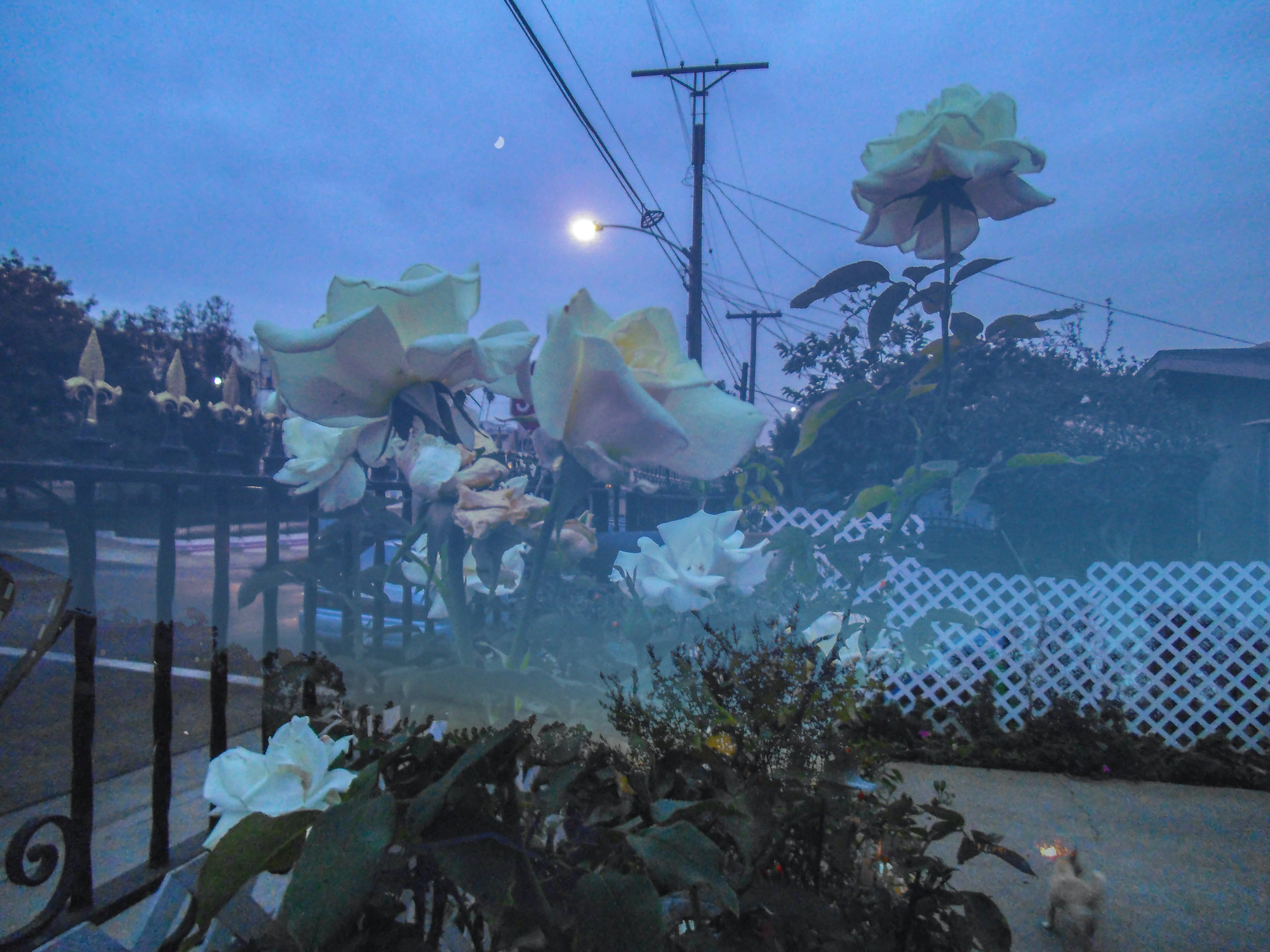 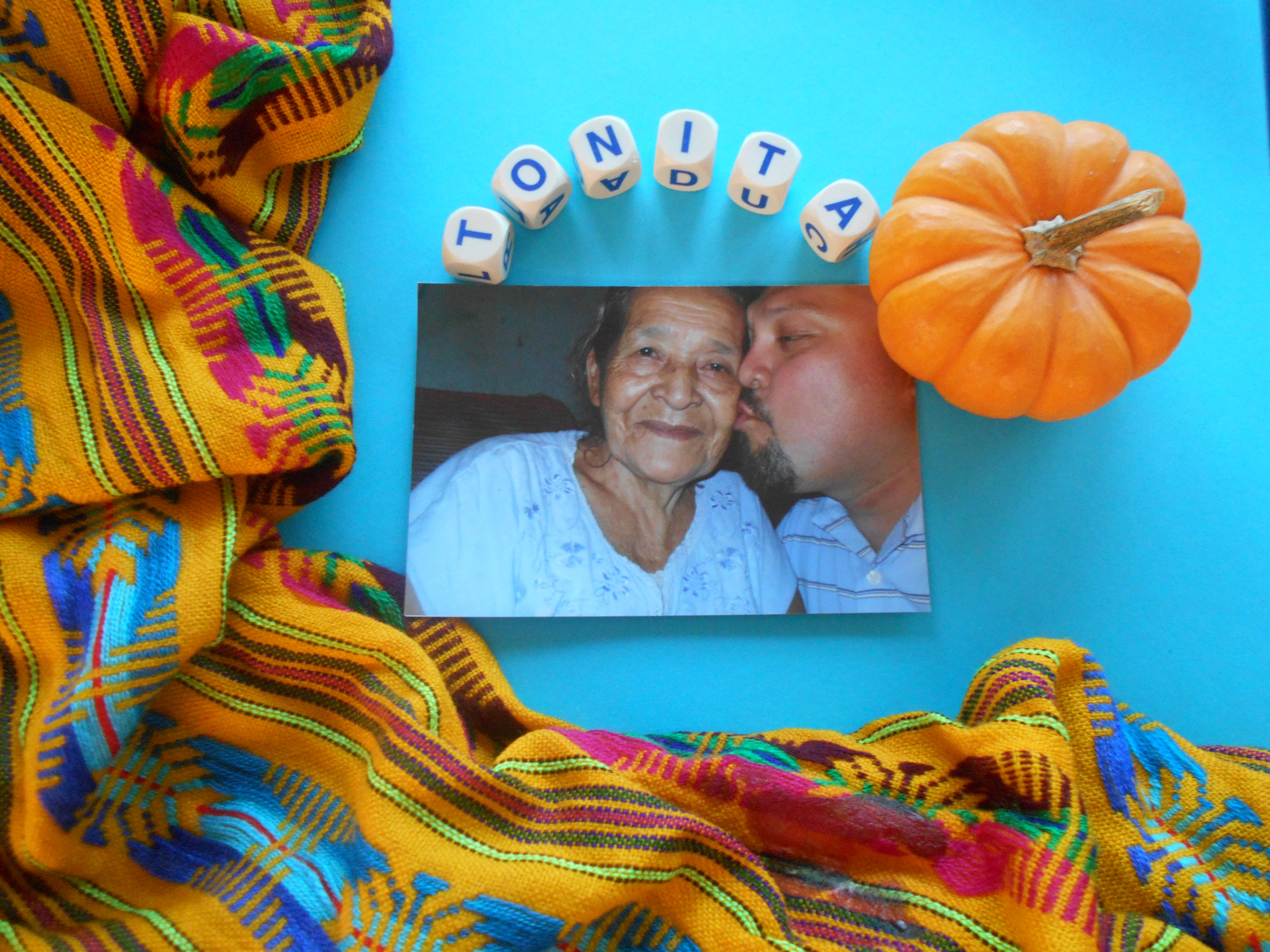 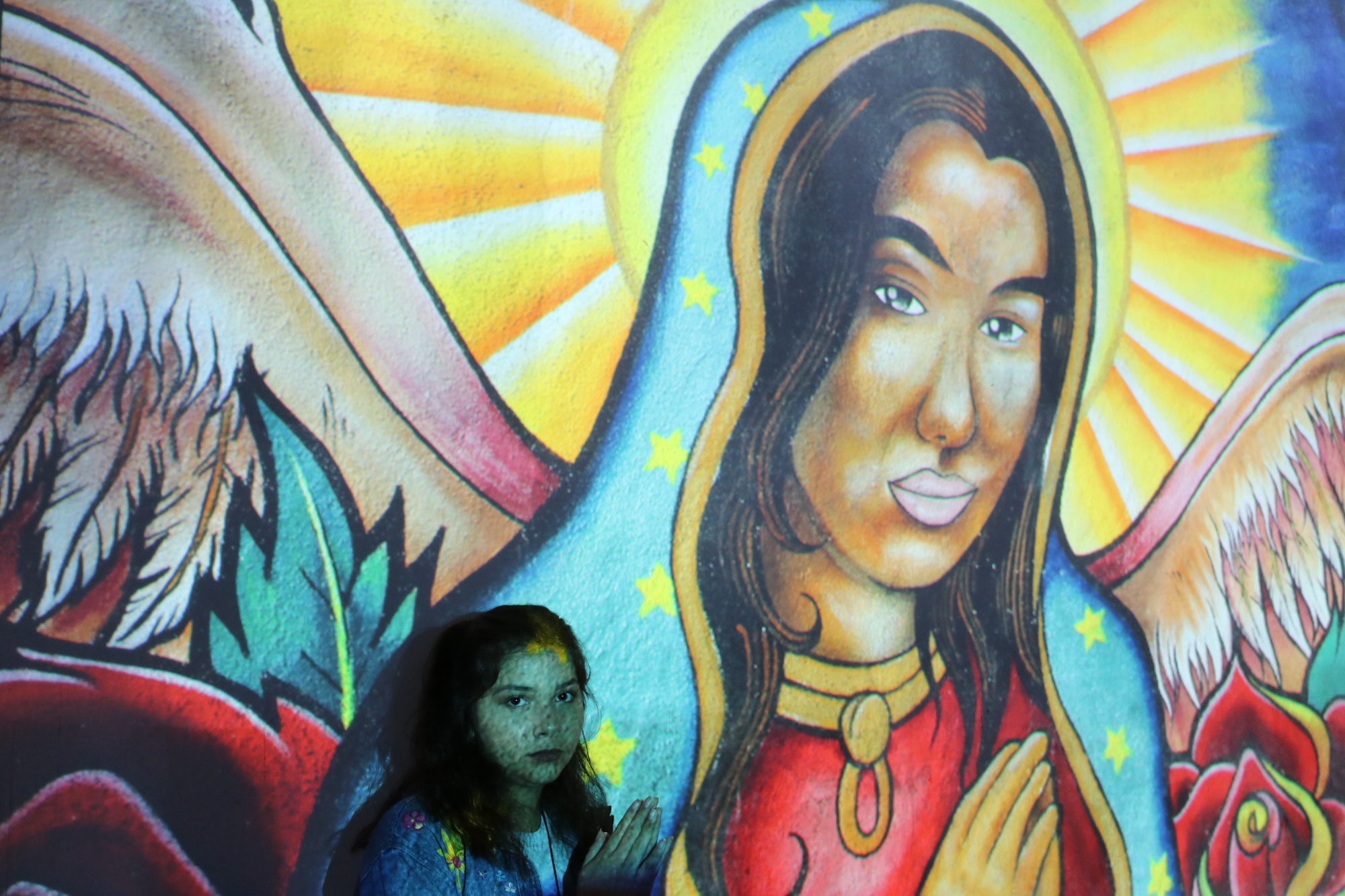 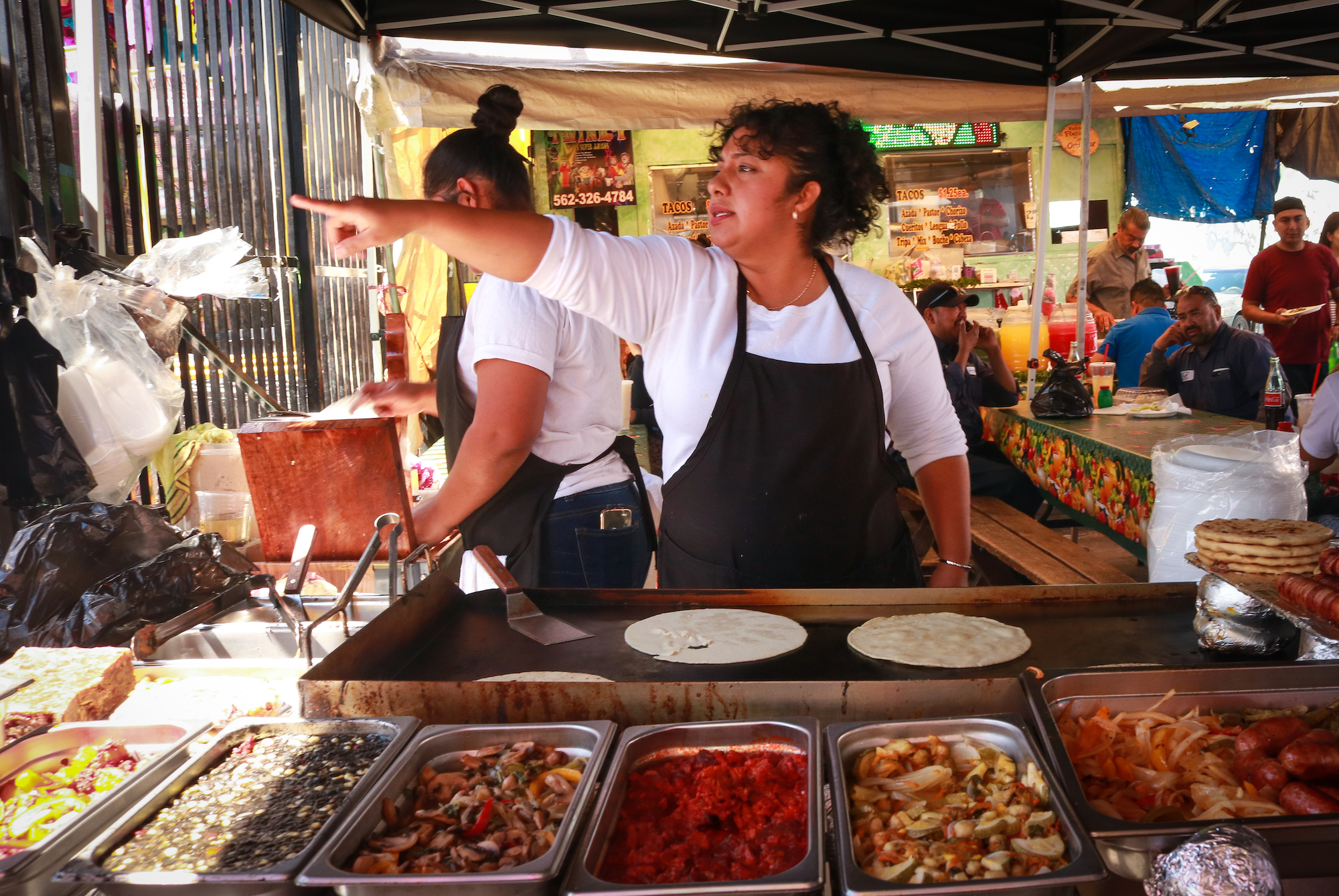 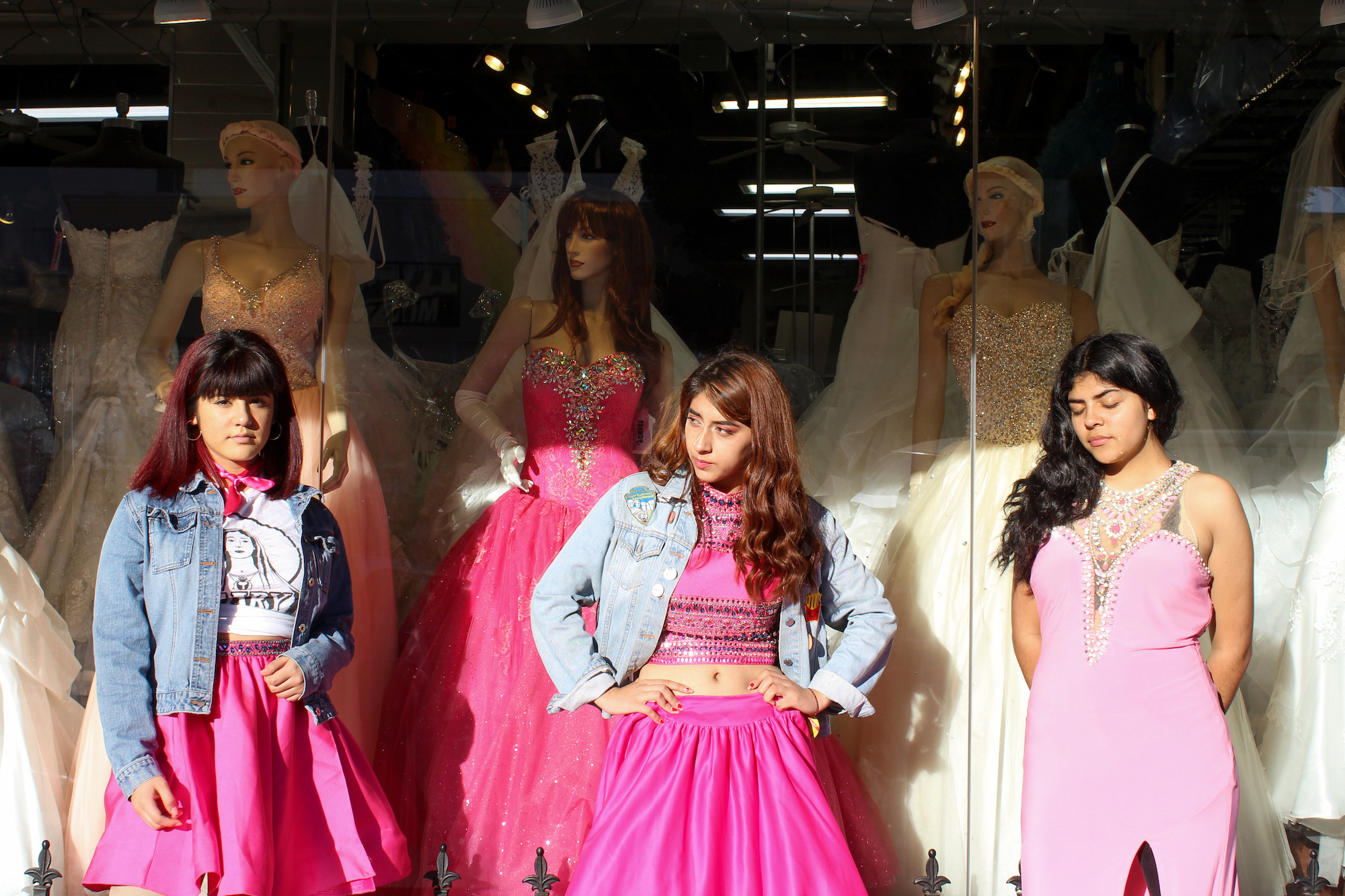 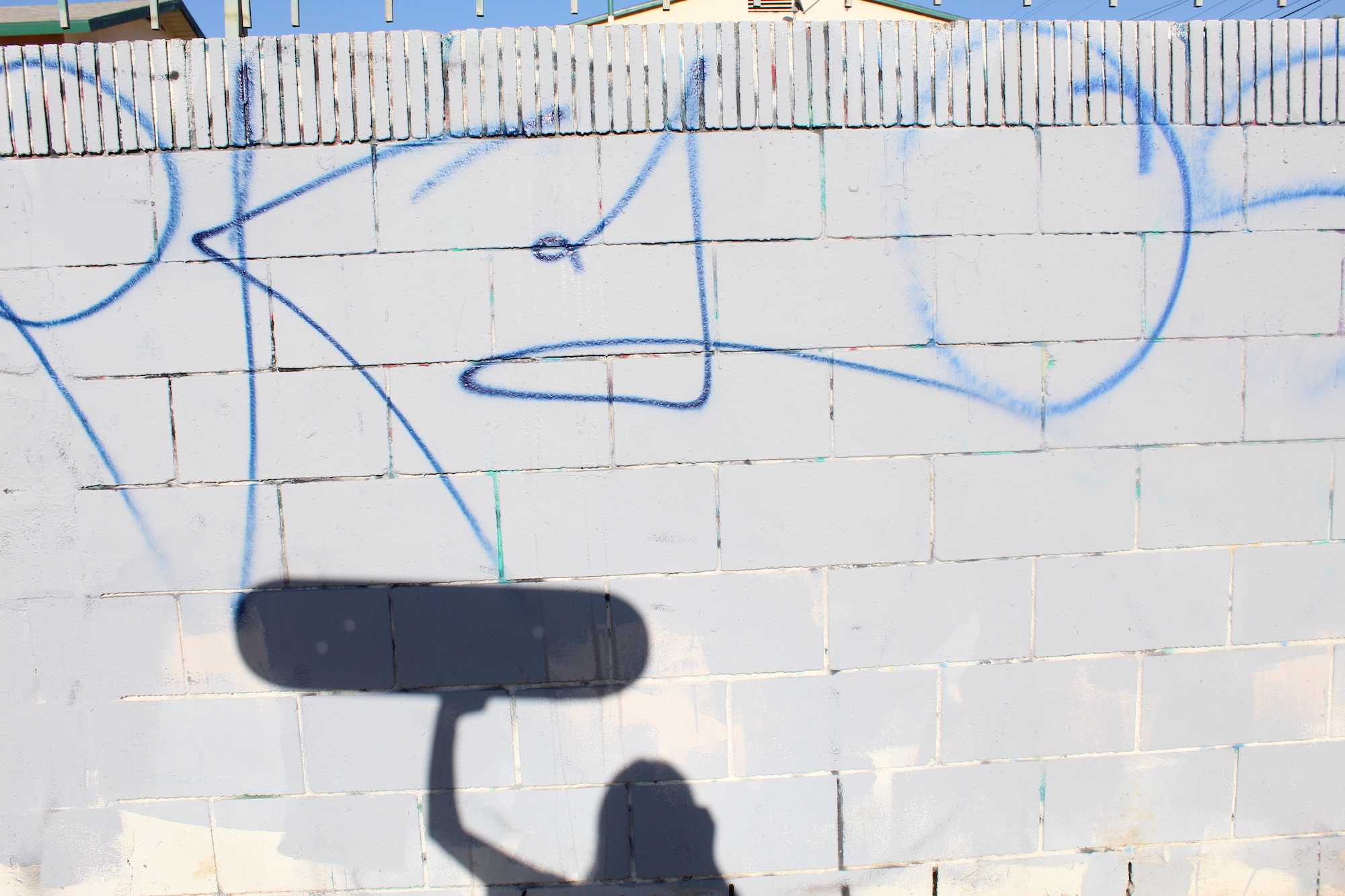 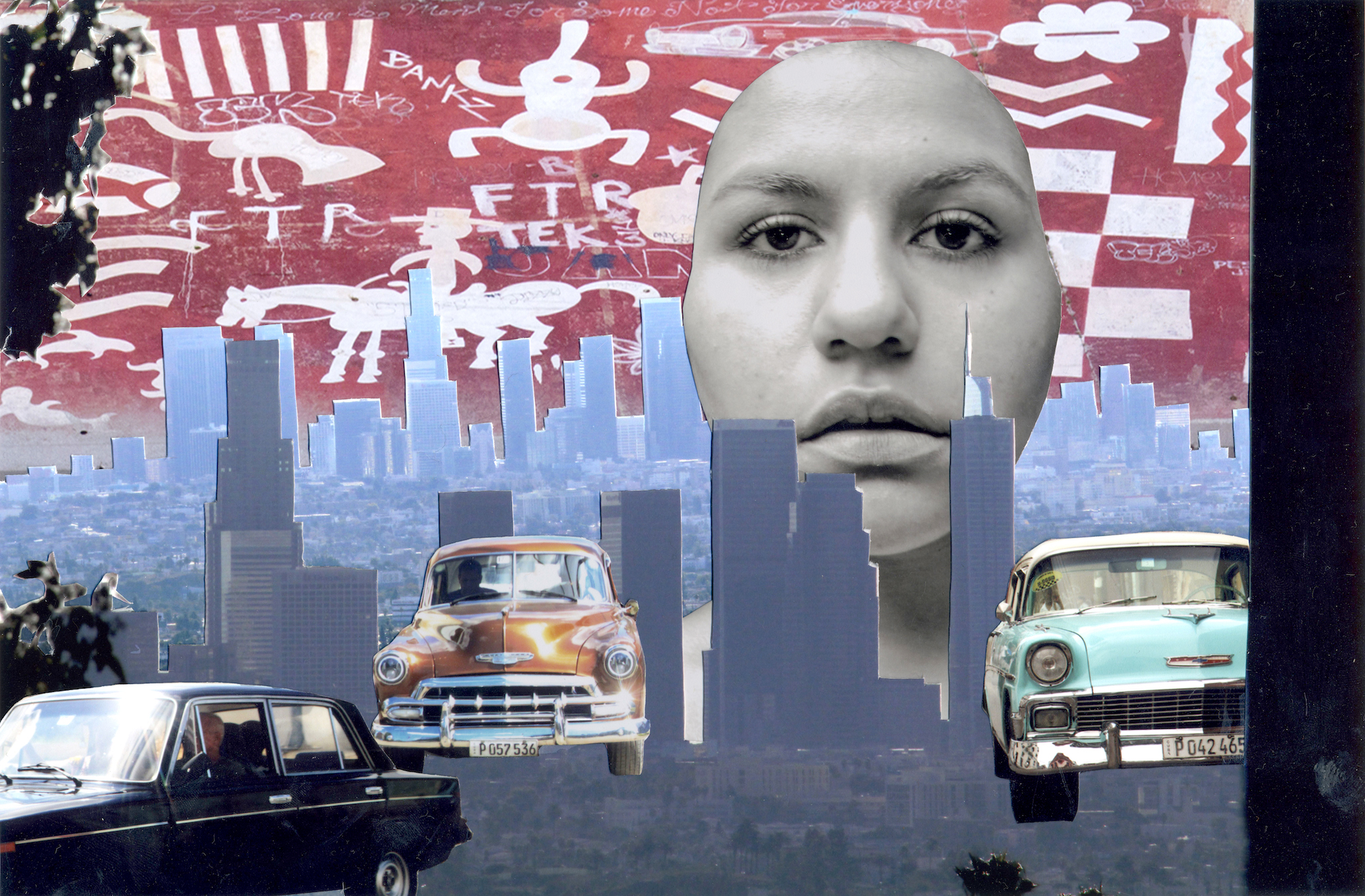 The 18 teenagers logged onto Zoom that Thursday evening had every reason to sound weary. It had been, collectively speaking, a rough week in the rough fall of 2020. During the check-in discussion of roses and thorns (highlights and lowlights, respectively), the group of 13- to 17-year-old photographers spoke about how they weren’t sleeping well. How they were worried about parents, who were essential workers on the frontlines of the pandemic. How they were having trouble studying for the SATs. How they were just feeling less passionate, in general.

But the two-hour class, led by teaching artist Leah Hubbard, offered a space to channel that stress and anxiety. As the conversation—which transitioned seamlessly from ice breakers, like who the students would most like to grab a meal with (Dolores Huerta, AOC, and Robert Pattinson made the cut) to energetically discussing photography as art and a means for social change—moved forward, the gathering felt like something sorely missing in these times: an exhale.

That only three weeks into the semester of Digital Promotoras, the students were already starting to feel like a community—on Zoom, no less—is typical for Las Fotos Project. As the Los Angeles-based nonprofit’s executive director Lucia Torres said, “All of these conversations come up because you’re putting a camera in these girls’ hands, and you’re saying, ‘Go off and document your world.’”

For the past 10 years, Las Fotos Project has sought to inspire young women through photography and mentorship. As a nod to that decade milestone, this fall they’ve launched an “Era of Change” retrospective, a selection of which is pictured above.

“All of these conversations come up because you’re putting a camera in these girls’ hands, and you’re saying, ‘Go off and document your world,’” said executive director Lucia Torres.

When Torres and her team began digging through photographs from over the years, they realized their students past and present had captured a digital archive of Los Angeles, as told through the perspective of teenage girls from the Valley to Torrance. The result is a unique record of young artists exploring the ways they’re growing and finding their voice in the world, as their communities shift and change around them.

“It’s a celebration of what we’ve been able to accomplish in the past 10 years with all of the students who have walked through our door,” said Torres, “of all of the images that they did, and the stories they captured, and the girls themselves.”

Las Fotos Project didn’t initially set out to work with young women. In 2010, Los Angeles-based photographer Eric V. Ibarra was studying therapeutic photography, and put together a youth workshop hosted by Hollywood-based education nonprofit Para Los Niños. The class was open to everyone, but only one boy signed up, and he never attended. Ibarra noticed the girls getting comfortable with one another and expressing themselves in a different way than they might have if boys were in the room.

After work by students in the workshop was shown at a pop-up exhibition at the DTLA Art Walk, interest in the project exploded. Today, Las Fotos Project enrolls around 150 students a year who identify as female or non-binary. In addition to Digital Promotoras, which uses photojournalism to raise awareness of pressing local issues, Las Fotos Project offers its flagship program, Esta Soy Yo, which is based on Ibarra’s original therapeutic photography workshops. The nonprofit also hosts a CEO program (short for creative entrepreneurship opportunities), where students build professional portfolios through paid photography assignments.

All programs are entirely free, and supply participants with professional cameras, expert instruction, workshops, and mentorship. It’s all part of the mission of Las Fotos Project, “to elevate the voices of teenage girls from communities of color through photography and mentoring, empowering them to channel their creativity for the benefit of themselves, their community, and their future careers.”

Of course, Las Fotos Project’s 10-year milestone wasn’t supposed to go like this. In the spring, the organization was readying to make a big move to a new location in Boyle Heights. They’d planned an open house for March to show off the space. Then COVID hit. Out of that semester, where the organization was forced to adapt and temporarily move classes online, came “IMG2020.jpg.” The collection of work is an arresting visual narrative that captures a moment of isolation, fear, and uncertainty, as well community, hope, and protest.

It’s fitting then that the title of the 10th-anniversary retrospective also doubles as a kind of organizational credo. There’s always this idea, Torres pointed out, when people talk about youth work and mentorship, that young people are “our future leaders.” But that takes away young people’s agency to make their voices heard and enact real change in the present. And so, as Las Fotos Project looks ahead to the next 10 years, with its “Era of Change” retrospective, the organization is declaring, “The time for young people is now.”