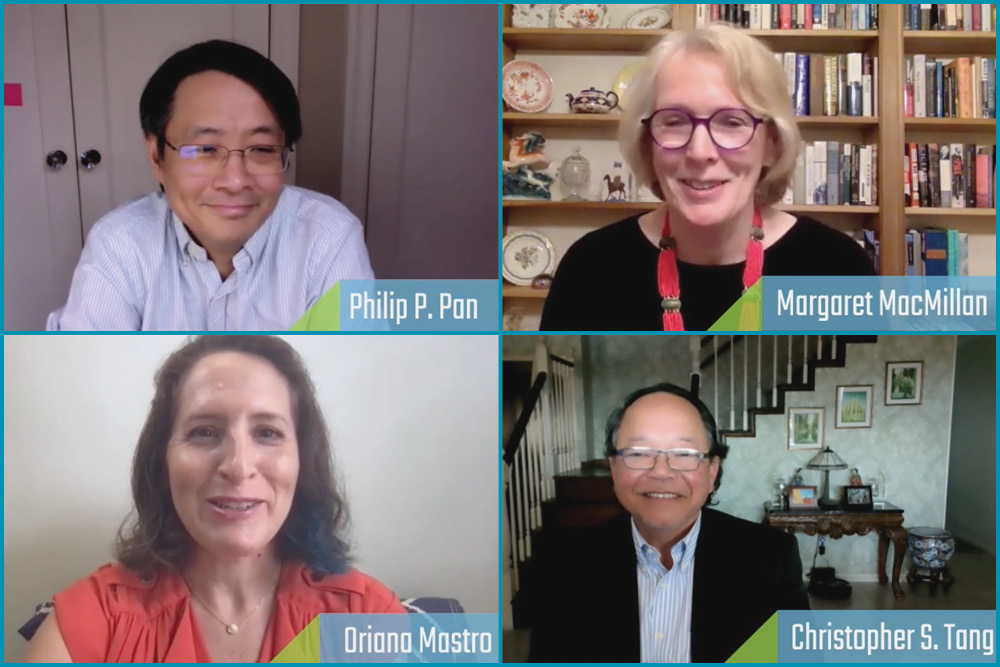 Panelists discuss “What Would a New Cold War Mean for the World?” Courtesy of Zócalo Public Square.

The rivalry between China and the United States is not a new Cold War, but it involves profound competition along economic, technological, and economic lines that create dilemmas for other countries, said panelists at a Zócalo/University of Toronto event, supported by the Consulate General of Canada in Los Angeles.

The event, titled “What Would a New Cold War Mean for the World?” and part of a series on global challenges called “The World We Want,” offered a fast-paced look at dozens of aspects of the Chinese-American relationship, from their economic interdependence to their 5G networks, and from their military competition to the mutual hostility between countries that shows up in public opinion surveys.

The conversation also turned repeatedly to the possibility of military conflict of Taiwan, with two panelists suggesting China could move to reunite the island by force with the mainland in the next few years.

The event’s moderator, New York Times associate managing editor Philip P. Pan, who spent much of his career reporting in China, started the conversation by asking to what extent the features of the Cold War between the United States and the Soviet Union can be seen in conflict between the U.S. and China today.

Margaret MacMillan, the distinguished University of Toronto historian and author of War: How Conflict Shaped Us, said that the two conflicts both involved two large powers with global ambitions and reach. “The United States and the Soviet Union claimed to be speaking for a better part of the world,” she said. “We have elements of that in the current tension between China and the United States.”

But, she suggested, it is the differences that matter more. The U.S.-China relationship, MacMillan said, is not as ideological as the old Cold War, and the U.S. has a much closer relationship with China, especially as a leading trading partner, than it did with the economically isolated USSR. Another crucial difference: The U.S. and the Soviet Union were such dominant superpowers that they were able to pressure other countries in the world to take their side, while today’s world is more multipolar, with other major powers having enough autonomy and weight not to be drawn in.

Still, MacMillan cautioned, the fact that the U.S. and China are inherently closer to each other might actually produce more friction.

She recalled that before World War I, Germany and Britain were each other’s largest trading partners; four members of the British cabinet had been educated in Germany, and the British royal family’s lineage was quite German. Despite these elite connections, MacMillan said, public opinion turned hostile in each country against the other as war broke out.

“That is what concerns me today,” said MacMillan, nodding to the increasingly negative public sentiment in China and the U.S. toward the other at present. “The historical record isn’t that reassuring.”

Another panelist, Oriana Mastro, an FSI Center Fellow at Stanford University, warned that popular comparisons of the U.S.-China conflict to the Cold War could produce flawed strategies for dealing with today’s problems.

China, she said, is a profoundly different rival than the Soviet Union in that it is not trying to turn democracies into autocracies, and is not perceived as a military or security threat to other countries. Because China is in Asia, the most dynamic and populous part of the world, “China doesn’t have to be a power elsewhere to be a superpower; dominating Asia is enough, and that’s where it is focusing its energies and its military.”

Oriana Mastro, an FSI Center Fellow at Stanford University, warned that popular comparisons of the U.S.-China conflict to the Cold War could produce flawed strategies for dealing with today’s problems.

But that focus on Asia might make this conflict more dangerous in some ways than the Cold War. “The military confrontation between China and the United States is going to happen in Asia,” said Mastro. “This competition is much more likely to turn hot than it ever was with the Soviet Union.”

After Pan asked whether countries would be pressed to choose sides between two superpowers, as in the Cold War, Mastro, who is also a Defense and Foreign Policy Fellow at the American Enterprise Institute, said that China is not going to form its own bloc because it does not want a coalition forming against it. She referred to writing from Chinese strategists noting that the U.S. already has locked up the best partners—the world’s democracies, and richest nations.

Instead, she said, China is turning its lack of coalition into an advantage in its contest with the U.S. While the American government makes heavy demands of partner countries (such as economic or democratic reform, or providing military bases), China typically asks other nations merely to choose neutrality in the U.S.-China conflict, and to avoid talking about sensitive topics like Hong Kong or Taiwan.

“When countries choose neutrality, when they choose not to take a side at all, in effect, they are choosing China,” Mastro said. “It’s very hard for the United States to build coalitions against China … because we ask so much more.”

Meanwhile, while China is more focused on economic issues than military ones, Mastro warned that the country is using its extensive economic and technological expertise to enhance the lethality of its military. And China’s ability to gather a lot of data through its technological expansion could allow it to target elites in other countries.

For instance, she said, “They could use targeted cyberattacks to disrupt someone’s life who says something bad about Taiwan.”

Striking a much more optimistic tone than the other two panelists, the third panelist, UCLA Anderson distinguished professor Christopher S. Tang, argued that China’s new trade agreement with the European Union—in which China expressed new willingness to cooperate on technology transfer and meeting international labor standards—might provide an opening for less conflict, and more peaceful cooperation between the U.S. and China.

Tang said the U.S. and other countries should say to China, “We embrace you, we recognize your success, but if you want to win respect in the world, you need to become a leader” in protecting the environment, workers, and intellectual property.

More broadly, Tang argued that the rest of the world needs the U.S. and China to set a strong example of peaceful cooperation. He cited four major global problems that threaten both countries that would be easier to solve if the U.S. and China worked together: COVID recovery and global public health, combating climate change, reducing poverty, and caring for the rapidly aging population

“I think there is a window,” said Tang, pointing to President Xi Jinping’s stated commitment, at last month’s World Economic Forum, to solve global problems. “Why not leverage this moment?”

He described the U.S-China rivalry as primarily economic, and compared it to a 50-year-long chess match. He described President Trump’s trade war as a middle game of this chess contest, which had failed to advance American economic interests, and suggested that President Biden could work to “keep it to a draw … so there will be no winners and no losers.”

The Zócalo/University of Toronto virtual event drew a global audience, and it concluded with questions from the YouTube chat room about whether the Cold War strategy of containment applies to China (not really, panelists said), how Canada should deal with China (carefully and in partnership with other countries, MacMillan answered), about technology’s role in the rivalry, and about how the U.S. should respond to any Chinese military aggression, especially against Taiwan.

On that last subject, both MacMillan and Mastro were emphatic that the threat of conflict over Taiwan is more serious and urgent than generally understood, in part because Chinese leadership is losing patience. Mastro pointed to opinion polls showing that a majority of Chinese citizens support armed reunification with Taiwan—and expect it within three to five years.

That could mean we’re heading toward a very hot U.S.-China war. 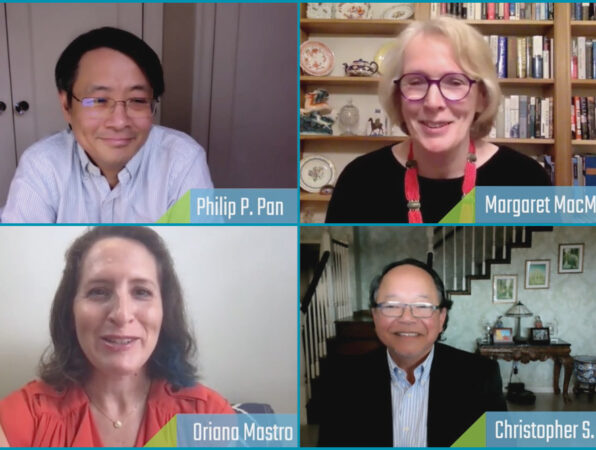