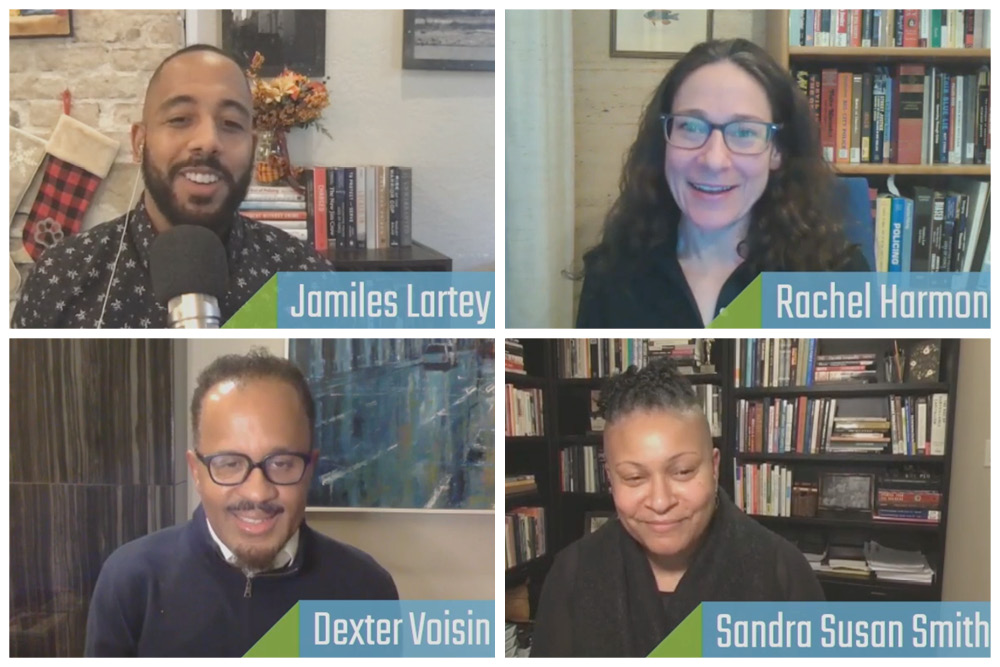 Panelists discuss “What Would Society Look Like Without Police?” Courtesy of Zócalo Public Square.

If our communities had fewer police officers doing fewer tasks, they could become less dangerous places for everyone, said panelists during at the debut event of a new Zócalo/University of Toronto series.

“What Would Society Look Like Without Police?” was the title question for the discussion, which opened The World We Want—a series exploring today’s societal, political, and economic challenges, and how the world might emerge from the current moment.

The panel of scholars—experts in criminal justice, poverty, and social work—differed on how far to go in reducing police presence. But in response to questions from the program’s moderator, The Marshall Project staff writer Jamiles Lartey, they pointed to many ways that cities could “de-task” police, removing responsibilities for which officers aren’t well-suited. Such de-tasking would reduce the number and severity of dangerous police encounters that harm individuals, neighborhoods, and society.

Dexter Voisin, dean of the Factor-Inwentash Faculty of Social Work at the University of Toronto, noted that he is the son of a cop, and that their jobs are stressful. One reason is that police are neither well-prepared nor well-trained to respond to homelessness, mental health crises, truancy, and domestic violence. Social workers and other personnel trained in these subjects are better equipped to respond to such issues. Furthermore, increased public investment into improving communities and reducing poverty would go a long way toward addressing these problems as well.

Such an approach, Voisin argued, would reduce the problems that cause crime, while also freeing up police departments to focus their time and resources on the core work of solving crimes.

While Voisin said he found it hard to imagine a society without police, another panelist, Sandra Susan Smith, professor of criminal justice at Harvard, made a detailed case for the abolition of police.

For starters, she noted, very little of the work police do involves crime-fighting—only 2 to 3 percent of police activity in safer communities, and just 10 percent even in a high-crime city like Baltimore. Their non-crime duties can be performed more effectively and in a less costly manner by others—she referred to the CAHOOTS program, in Eugene, Oregon, which responded to 24,000 calls last year on mental health issues that would typically have gone to the police.

And even when police do address crime, they are not particularly effective at preventing or solving it. At the same time, police interactions with people produce all kinds of dangers, from violence against citizens (being killed by police is a leading cause of death for young Black men, she noted) to individual trauma and community mistrust that make crime-solving harder, and have “downstream” effects on everything from community health to educational performance.

“I suggest that police are not the answer,” said Smith. “There are a whole host of models emerging that allow people to resolve issues without the use of police, and we should take those very seriously.”

Smith also described a personal encounter with a white Bay Area police officer who was looking for an elderly Black couple, but still stopped her; at the time, she was 37 years old, and on her way to give a lecture on racial profiling. She said she responds to the call for police abolition personally as well as intellectually.

“I have colleagues who are really uncomfortable with the notion of abolishing police,” she said. “But when I think about abolition of police, I think about the low-income communities that I come from and that I also care deeply about … and what this might mean in terms of being released from the kind of occupation and terrorism that often exist when police are in those communities.”

A third panelist, Rachel Harmon, a former federal prosecutor who directs the Center for Criminal Justice at University of Virginia School of Law, said there were risks to eliminating police, or limiting policing to the fighting of crime. “I think we could reduce police a lot, but a society with no government organization to stop people from harming others could put a lot of violence in citizens’ hands,” she said. In particular, she pointed to “the risks of racial bias there, where citizens go out and start doing citizen’s arrests, that in their own ways are very dangerous.”

But even without abolition, she noted, many communities were already devising alternatives to policing, like training community mediators. She also suggested that police be removed from traffic enforcement—which they often use to catch criminals or find drugs—to increase trust and reduce the risks of police harming citizens. Using technology to police traffic also could reduce bias in traffic stops, she said.

In response to questions about police culture and leadership submitted by audience members in the YouTube chat, the panelists noted that changes are possible. Smith pointed to research showing that hiring women can change a department’s culture. Harmon noted that no major police department accurately represents its community in gender or race. Would greater representation make a difference?

Voisin also pointed out that with so many different local police departments, there is no standardized model for the screening, training, evaluation, and support of officers. But he reiterated that broader social investments—and limiting the role of police—are how we make ourselves safer.

“It’s hard for me to imagine U.S. society without some form of law enforcement,” he said. “But I’m very much in favor of reimagining law enforcement.” 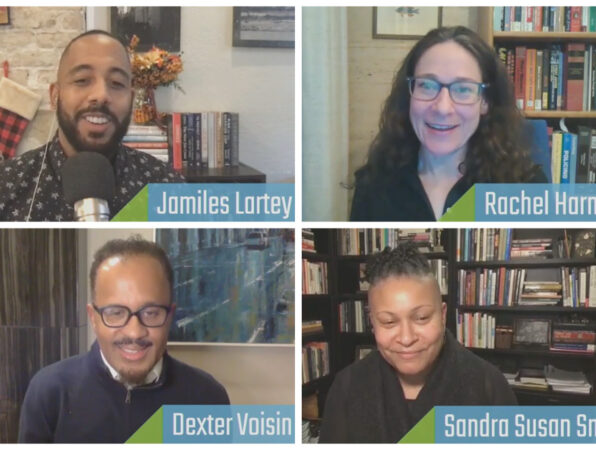 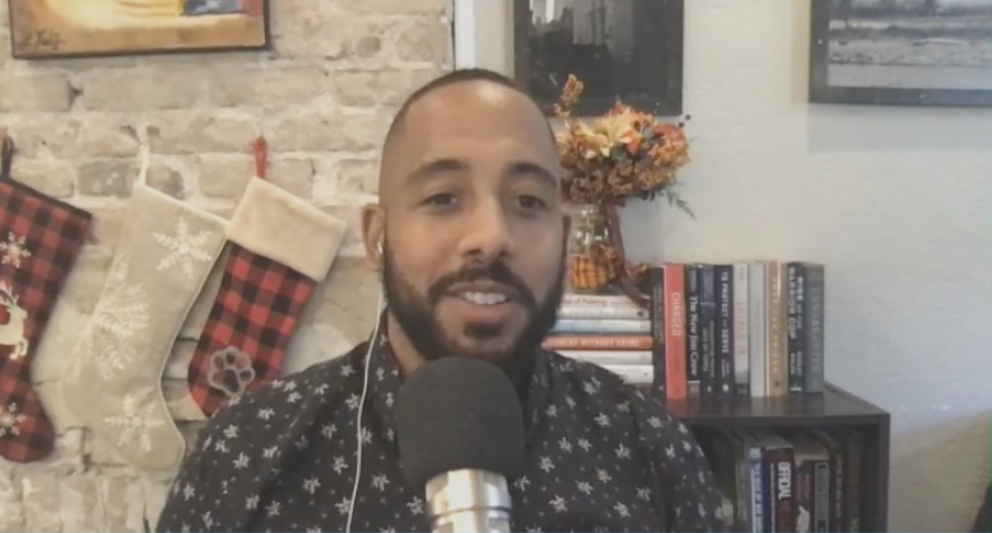 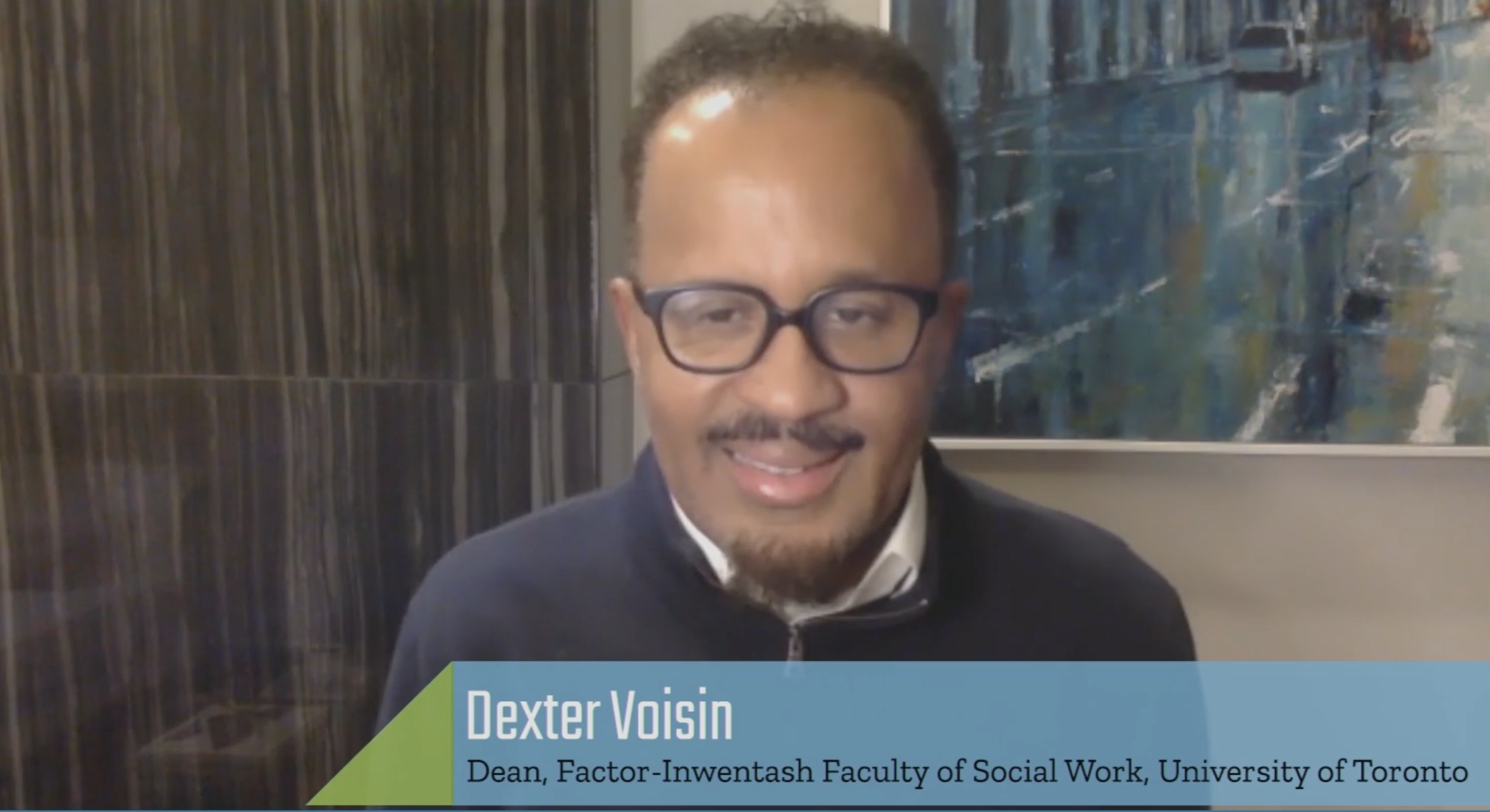 Dexter Voisin, dean of the Factor-Inwentash Faculty of Social Work at the University of Toronto 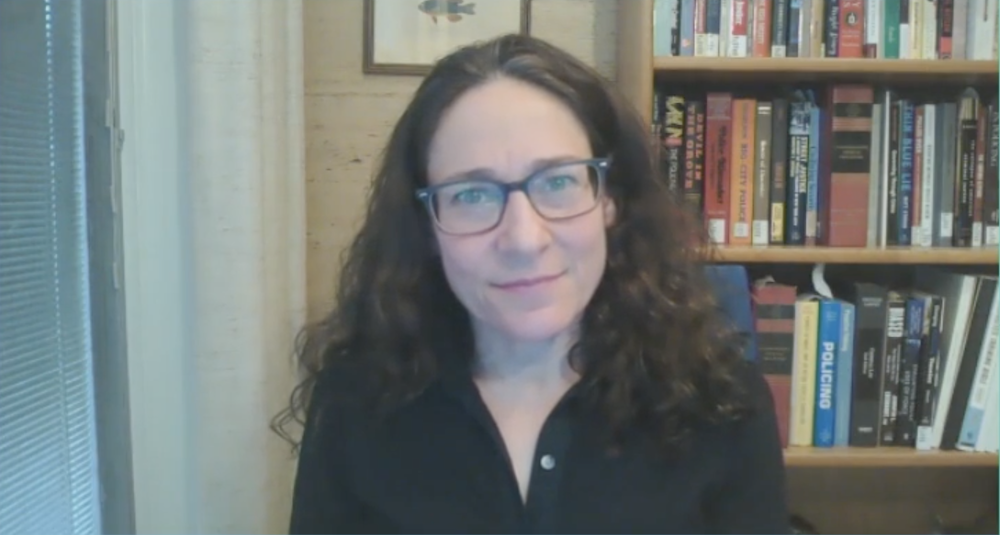 Rachel Harmon, director of the Center for Criminal Justice at University of Virginia School of Law 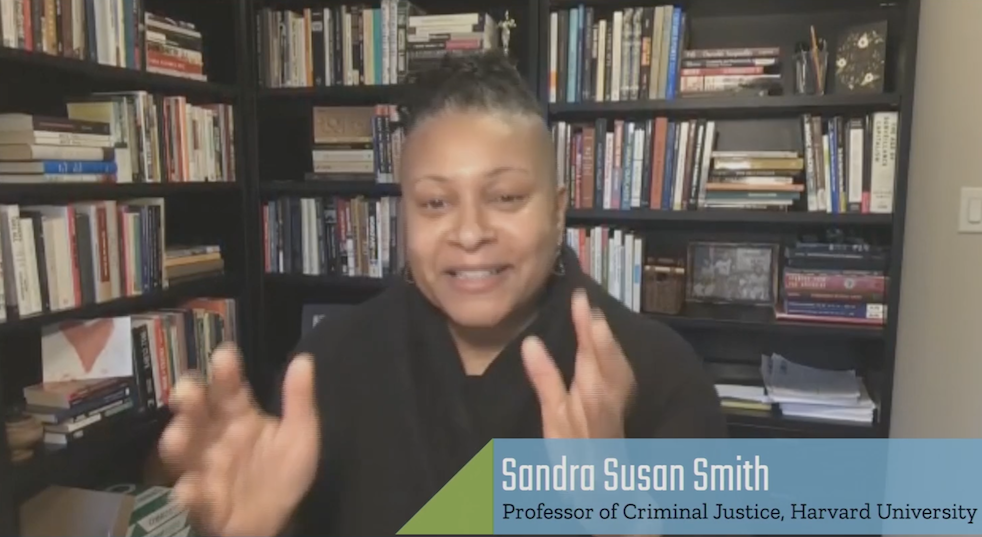