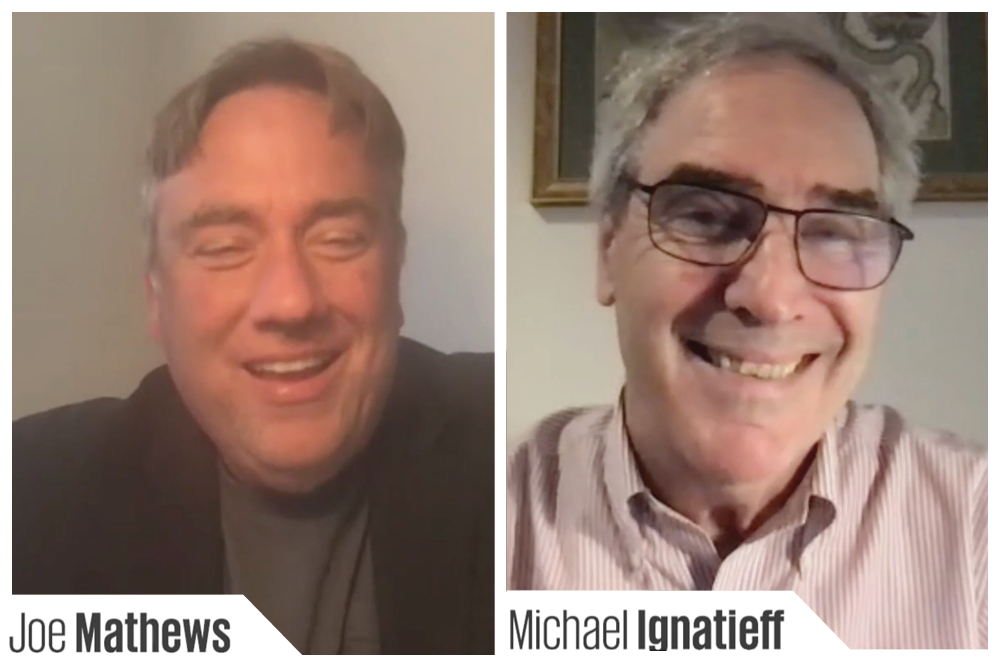 Joe Mathews and Michael Ignatieff discuss "Can We Still Find the Good in the World?"

The final Zócalo/University of Toronto The World We Want event, “Can We Still Find the Good in the World?,” delved into a wide-ranging discussion of what finding the good in these troubled times really means, touching on politics, religion, climate change, and of course, COVID-19.

But before getting into the meat of the conversation, Joe Mathews, co-president of the Global Forum on Modern Direct Democracy and Zócalo’s California and innovation editor, handed the mic over to the discussion’s sole speaker, Central European University president Michael Ignatieff, author of The Ordinary Virtues. “We have a couple of fewer panelists than we expected at this event, and I wanted to give you the floor to talk about that,” said Mathews.

The event’s co-sponsor, the University of Toronto, is currently under censure by the Canadian Association of University Teachers Council for canceling the appointment of Dr. Valentina Azarova to its law school under outside influence. The censure asks members to cancel speaking engagements with the university, but Ignatieff, after saying he respected the decision of the other panelists not to come, explained he chose to take part because even “in an entirely legitimate censure and protest against a university for getting its fundamental values wrong, there is a risk that if you … have no public events at the U of T where external people can come in, the consequence may actually endanger the value you want to defend, namely academic freedom.”

A Toronto alumnus, Ignatieff is president of a university that was forced out of its Budapest home by Viktor Orbán’s government. “What does academic freedom depend on? It depends on the public square,” he said. “It depends on discussion and debate, and that’s why I felt, respectfully, that I should show up, and I would welcome comments and criticisms.”

“Thank you for that explanation,” said Mathews. “Now, let’s go into it.” His first question for Ignatieff: Can we define good?

“If we all had a sense that there’s a usable archive of ancient wisdom, I think that would help us, and it would narrow some of our disagreements. We would discover commonalities of origin, commonalities of inspiration, that run beneath our differences.”

“A Canadian’s answer to the question, and my answer to the question, is let’s not talk about good, let’s talk about better,” Ignatieff responded. While the “platonic ideal of the good” is not easy to define, he said, “we can all think pretty clearly about what can be better.” But, he asked, how do you think about better “in a realistic way that doesn’t sound simplistic and stupid and needlessly hopeful?”

As a journalist, Mathews said he can see the silver linings in the global pandemic, such as the American government’s stimulus checks positively impacting the economies of some very poor places. Still, “in the midst of this kind of crisis, to be looking for the good, is that the right use of my time and intention?” Mathews asked.

“I don’t want to take cheerful messages from this, but we need to because otherwise it’s just pure loss,” Ignatieff said.

While writing his forthcoming book, On Consolation, Ignatieff explored “the unconsolable,” spending time with people who have experienced losses from which they cannot fully recover. “Let’s honor that and respect that and not walk past it,” he said of the losses of the COVID-19 pandemic.

At the same time, he said, the pandemic featured remarkable scientific achievement. “We have to hold two very complicated thoughts,” he said. “There is consolation from historical progress that science has made because it’s literally saved some of the lives of people watching this program. But it doesn’t console people who have lost someone.”

Ignatieff does think we’ve learned things over this period that are taking us “closer to the good,” including the necessity of investing in healthcare for all, as well as demanding full disclosure in our political conversations. “Truth is good,” he said. “We’ve had some lamentable, dangerous lying from political leaders that we should never forget. It’s really taught us a lot.”

Do you need to see the good in existential threats like climate change, asked Mathews, or is the good a distraction from these kinds of emergencies?

“I hate the environmental pessimism around me that says you’ve got 10 years or 15 years or 20 years. I hate all this stuff that says all the little things we do like recycling and shifting away from meat to vegetarian dishes—none of these little activities matter because we’re all going to die, and we’re all doomed,” said Ignatieff. “The good we need to focus on is the capacity of human beings to master and control fate.”

But, he continued, “good is political.” When he was in politics, he recalled his bid for a carbon tax that ended up losing seats for the Liberal Party in Canada. “I still think it’s the right thing to do. I’d do it again,” he said. “But we lost, and we have to understand that [achieving environmental goals take] tremendous work of political persuasion.”

Speaking of Ignatieff’s time as a politician, Mathews asked Ignatieff if he sees the good in democratic politics.

At the same time, Ignatieff offered a cautionary note on the “politics of enemies,” where political figures from Trump to Orbán rally bases around scapegoats. “Ultimately this is the force that destroys any capacity we have to find the good,” said Ignatieff, calling it fatal to democracy.

Having covered everything from climate change to COVID, Mathews then turned to the subject of religion. Citing the parable of the Good Samaritan in the Gospel of Luke, Mathews asked, are such ideas outdated?

“We’re in such deep trouble in this world, is my view, that we need all the help we can get, and that help includes the great religious texts,” said Ignatieff, whether it’s the Torah, the Bible, the Qur’an, or the Adi Granth. This ancient wisdom needs to be constantly recirculated and reused, Ignatieff argued. “The conversation you and I have been having is 21st century, but it’s been going on for 3,000 years, so we might as well listen to some of the smarter people who went before us, and who paid, often in terrible suffering, for what they learned and we know.”

Because of these texts, he said, he never feels alone, adding, “If we all had a sense that there’s a usable archive of ancient wisdom, I think that would help us, and it would narrow some of our disagreements. We would discover commonalities of origin, commonalities of inspiration, that run beneath our differences.”

Audience questions flowed in for Ignatieff in the YouTube chatroom, including his recommendations for books, films, or works of art that offer particularly interesting insights into the good.

“I can think of 100,” said Ignatieff. But the first that came to mind was Rembrandt’s self-portraits. “They don’t elucidate the good, but they show a process of a great man, a great artist, a heroic artist, trying to find out what it means to be to be a human being.” 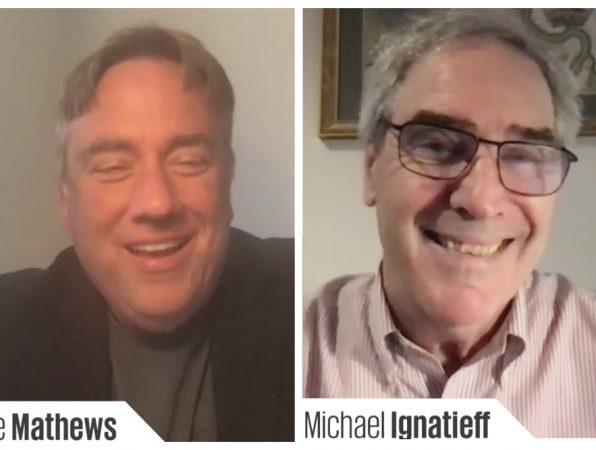