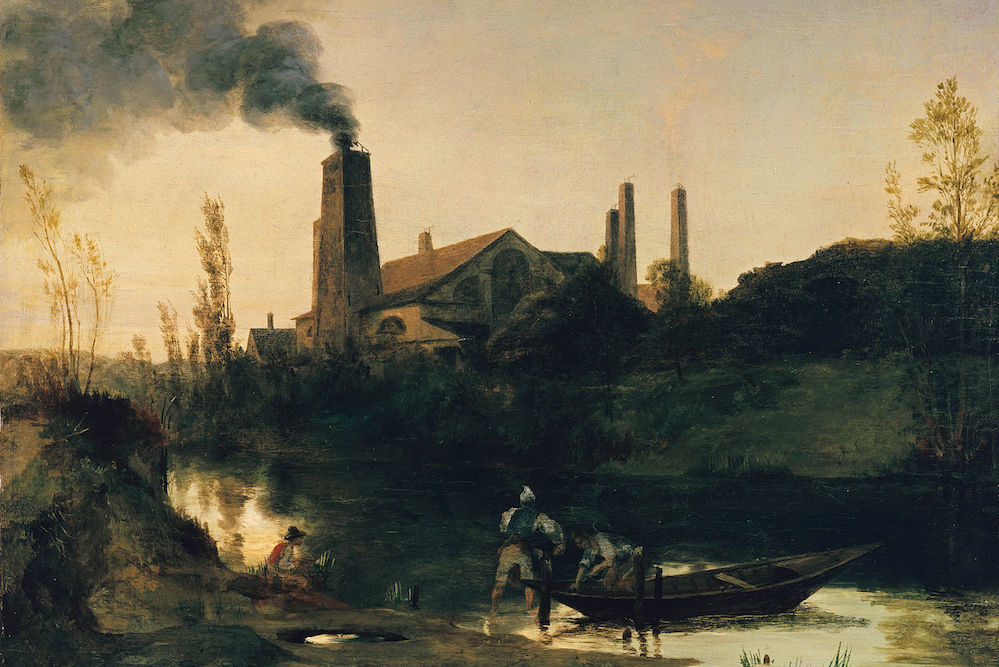 Scientists have long warned of the potential global catastrophe that burning fossil fuels could unleash on the planet. Now, a recent spate of record heat waves, forest fires, droughts, and floods have at long last awakened the rest of the world to the immediacy of the threat from global climate change. Politicians are being forced into action by world-wide protests, as activists push peacefully for net zero carbon emissions by 2050, which may limit global warming to 2 degrees Celsius.

As we work to find a healthier path ahead, we might look to the past. There is a lot to learn from what happened in the 16th and 17th centuries, a time when people broke free from dependence on our original energy source—wood—and started to burn our first fossil fuel—coal—instead. This energy revolution fueled economic capacity and human ingenuity, launching a 300-year-long boom we’re still enjoying today. It’s useful to see how and why the transformation occurred, so that we can see how we can repeat this feat as we transition from fossil fuels back to renewables.

The shift from wood to coal was an unprecedented and world-changing event. From the moment early hominins came down from the trees, they had used wood to make tools such as digging sticks and spears, and to make shelters. Over thousands of years, humans also learned to use it to make fires to ward off predators, keep themselves warm, and cook their food. Eventually they also used wood to prepare charcoal, burning it in furnaces to produce the materials that enabled them to develop civilizations: ceramics such as pottery, bricks, and tiles; the metals bronze and iron; and commodities such as salt, potash, and alum. Wood-based technologies were perfected by the Greeks and Romans in ancient Europe and the Han Chinese in Asia. The cities, temples, and ships these civilizations built were not surpassed for a thousand years after the fall of the Roman Empire—even by the wealthy nation states of Renaissance Europe. Energy supply problems due to humanity’s reliance on wood seem to have ground progress to a halt.

The constraint on growth was not the scarcity of wood itself; after all, forests still covered over 40 percent of the dry land, and wood could be harvested sustainably because forests and coppiced woodland—stands of trees managed by periodically cutting them at their base—regenerate after they are cut down. Instead, it was a problem of logistics. Wood and charcoal are bulky and fragile commodities, and the energy in woodland is thinly spread, stored in harvest-ready trees scattered throughout vast and often rugged areas. This, and the poor roads of the period, made it difficult to transport wood where it was needed during early modern times. Paris could only grow to be the largest city in Europe, with a population of some 400,000, because it lay on the navigable river Seine, downstream of huge areas of coppiced beech which were floated 120 miles down to the city. Energy-intensive industries such as iron-making, pottery, and glass-making were small-scale affairs, located within working woodlands, well away from towns. Output was low in these isolated enterprises, and innovation glacial.

The impasse was broken only when people learned how to use a far more energy-rich and concentrated fuel: coal, rocks composed of preserved plant material that had built up over millions of years.

People had long known about the flammability of the coal that could be dug up in certain parts of the globe, and the Chinese Song dynasty briefly used it to heat their capital, Kaifeng, in the 10th century. However, in Europe it was not until the 16th century that the rising price of wood persuaded entrepreneurs to invest in mines to excavate coal on a large scale. They began mining the easily accessible coal reserves around the coast of northeast England, rolling the coal along wagon ways to the River Tyne and shipping it to industrial sites and ports along the North Sea coast, especially England’s capital, London. London quickly became the largest city in Europe, its population skyrocketing from 200,000 in 1600 to 575,000 in 1700, and it became a magnet for energy-intensive industries and intellectuals, alike. For the first time, scientists, industrialists, and craftsmen rubbed shoulders and learned from each other. The Royal Society, which was founded in 1660, provided a place where leading scientists could meet and exchange ideas. The organization’s curator, Robert Hooke, worked with city craftsmen to create the series of scientific instruments—microscopes, barometers, watches, and sextants—that science needed to progress. Globemaker Joseph Moxon wrote the world’s first DIY manual there, a guide to trades such as printing, carpentry, and metalwork.

There is a lot to learn from what happened in the 16th and 17th centuries, a time when people broke free from dependence on our original energy source—wood—and started to burn our first fossil fuel—coal—instead.

Over the first 30 years of its life, the society transformed science from an intellectual diversion of isolated virtuosi to a closely connected body of men searching for objective truth and aiming to improve their mastery of the world. It was a search that culminated in the triumphs of Isaac Newton’s Principia on the one hand, and Thomas Newcomen’s steam engine on the other. Armed with the new knowledge and inventions, a new manufacturing elite revolutionized the industry and infrastructure of Britain, enabling it to fully exploit this cheap but polluting fuel. They replaced wood-fired open fires with coal-fired iron kilns; they learnt to smelt iron with coke instead of charcoal; they built canals and railways to transport coal, raw materials, and finished goods around the country; and they powered their mills and trains with coal-fired steam engines rather than water wheels or horses. The fossil fuel-powered industrial revolution eventually transformed the whole world, giving us 300 years of unprecedented material growth and scientific progress.

But of course, all this had a downside. Our energy use has increased 20-fold since the 16th century, and coal has been joined by other fossil fuels such as oil and gas, releasing more and more carbon dioxide into our atmosphere. Earth’s atmospheric CO2 levels have increased from preindustrial levels of 280 parts per million to over 400 parts per million, causing an enhanced greenhouse effect that has already increased mean global temperatures by over 1°C. If the trend continues, Earth could experience runaway global warming, with devastating consequences. A temperature increase of just two degrees Celsius would raise sea levels by two feet, endangering coastal communities. Changes in climate patterns, including shifting wind and precipitation patterns, could upend ecosystems and agriculture.

There is no use blaming our ancestors. In the 16th century, people had no idea what coal was; many believed it was some sort of subterranean forest that grew underground, just as trees grow on the surface—a view made more plausible because of the huge number of impressions of fossil leaves within the coal. Under the circumstances, coal seemed to be a bounty from God.

We have an obvious solution to remedy the situation: to reverse the process that started in the 16th century and replace fossil fuels once again with renewable energy sources. Unfortunately, we can’t simply return to burning wood, because forests do not grow fast enough to supply our current energy needs. But in one respect we have a great advantage over the industrialists of the 16th and 17th centuries. Thanks to the scientific revolution that the fossil fuel age unleashed, we have a profound understanding of the world around us, and the engineering capability to transform it in record time. And in the last 50 years, scientists and engineers have even developed the technologies we need to power the world with renewable energy: wind turbines and solar panels, the modern equivalents of the leaves of trees, to produce energy; batteries, hydrogen, and compressed air plants, the modern equivalents of the trunks of trees that store energy; and computer-controlled transmission lines—the modern equivalents of foresters and wagoners—to control the supply.

What we have not had until recently, unlike in the 16th century, was an economic incentive to replace fossil fuels. The last time renewables caught people’s attention—during the oil crisis of the 1970s—it proved more economically convenient to keep burning fossil fuels; green proposals were forgotten with the fall in oil prices during the 1980s. But today, our new sources of power, especially wind and solar, have been developed further so they have achieved economies of scale. Renewable energy is beginning to be cheaper than fossil fuels, just as in the 16th century, coal was cheaper than wood. At last there is a financial incentive for businesses to make the necessary investment.

The expensive and difficult part will be to build the infrastructure we will need to produce, transmit, and store the new renewable energy. The coal revolution in Britain demanded the building of new steam pumps to keep water out of their coal mines, new furnaces to use coal in industry, and new canals and railways to transport coal. It was a process that took many decades and was only possible because it was financed by the riches of the largest empire in history. Today’s change will involve even greater engineering challenges and will be even more costly. It will require a truly global collaboration between business and governments.

With today’s technology we can revolutionize our energy economy far faster than our ancestors could. Like the colliers, engineers, and canal builders of the first industrial revolution, we can transform our world—only this time into a new cleaner, more sustainable, and less polluting one. We only have a couple of decades, but if we act fast enough, we can look back on the fossil fuel age as a short, dirty childhood, during which we learned how to work together to look after our planet. If we don’t, we’ll have only ourselves to blame.