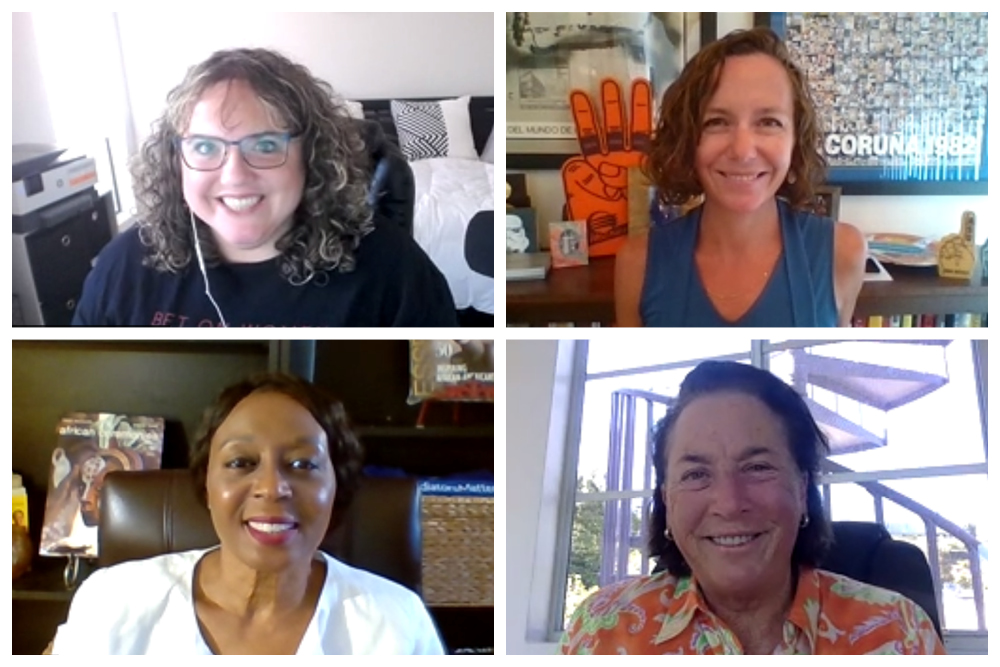 Title IX of the Education Amendments Act of 1972 decreed, “No person in the United States shall, on the basis of sex, be excluded from participation in, be denied the benefits of, or be subjected to discrimination under any education program or activity receiving Federal financial assistance.”

Forty-nine years to the day it was signed into law, a Zócalo/ASU Global Sport Institute event assembled to assess, “How Have Women’s Sports Changed Since Title IX?”

Sports reporter Lindsay Gibbs, who moderated the discussion, began by asking the panelists—a historian, a hall of fame athlete, and a sports lawyer—to get personal. How did this landmark legislation impact them?

“I was aware of it,” said World Golf Hall of Fame member Amy Alcott. She graduating high school two years after Title IX passed and recalled receiving only two college scholarship offers, one of which was to play on the men’s golf team.

Because of those limited options, she chose to go straight to the LPGA. She remembered watching a sea change among young players who joined the tour after her. “[They] had a wonderful opportunity to go to various colleges because Title IX came more into focus,” she said.

Sports attorney Jill Pilgrim, who has represented the LPGA and USA Track and Field, said she was not aware of Title IX when she graduated high school. Entering Princeton University in 1976, she recalled, the university “had no women’s track team, and no coach, no budget, no anything.”

Meanwhile, Arizona State University sports historian Victoria Jackson recalls living in “a Title IX bubble” when she attended high school in the late ’90s, a time bookended by the Atlanta 1996 Summer Olympics and a U.S.-hosted Women’s World Cup. “I was in the segregated suburbs of Chicago and a public school with lots of resources, and I was just living it up and living large. And only at college when I started studying these things did I realize what a bubble and what a unique moment in time that was,” she said.

Arizona State University sports historian Victoria Jackson expressed her hope that these opportunities will continue to widen from observing her own students, who “see sport in a totally different way.”

After everyone spoke to the positives of Title IX, Gibbs brought up the law’s unintended consequences, such as fewer women coaches. Turning to Pilgrim, the sports lawyer, Gibbs asked: “Was there any way to design the system so that it didn’t happen—so that these inequities weren’t baked into Title IX?”

“I don’t think it would have been possible to write it into the federal law,” said Pilgrim. “I don’t think that America was that advanced at that time on gender issues.” The America that Title IX came into, and the country it is today, she said, remains “male-centric, male-dominated.”

How to solve that? “I don’t know that you can mandate the hiring” of women, she said, regarding the persistent gender gap in coaching. “You have to be very intentional if you want to change. That’s the same with racial issues, social justice issues: You have to recognize the problem, and then be willing to take the steps to change it.”

Jackson, the historian, added that it’s important to place Title IX in context, notably how the U.S. has a great deal of money tied to intercollegiate athletics. Even before Title IX came around, she pointed out, historically black colleges and universities (HBCUs) were already more advanced in both sports development and gender equity than predominantly white institutions. She recalled that sprinter Wyomia Tyus used to call famed Tennessee State and Olympic track coach Ed Temple “Title XIII” “because they were coming up with ways to subsidize especially track and field athletes at HBCUs, to pay for college.”

Directing her next question to Alcott, Gibbs noted that golf was one of the rare women’s sports that already had a pro tour when Title IX was passed. “Did you see it have any impact on who you saw playing the game or who you saw coaching the game?”

Growing up, Alcott said that on TV she mostly saw men playing golf, despite the fact that the LPGA Tour began in the 1950s. But her father took her to watch pros like Althea Gibson and Kathy Whitworth before Alcott herself turned pro in 1975. She watched the sport grow global from there. Hisako “Chako” Higuchi, “one of the greatest players,” said Alcott, “came and opened the floodgates for golf to be popularized in Japan.” Today, she said, pointing to countries from Australia to Korea, “women’s golf teams are totally gals from all over the world.”

After recognizing the gains that have been made, Gibbs asked the panelists to address the unfinished business of Title IX. Why, for instance, is there still such a pay imbalance between the WNBA and the NBA?

“There are so many contributors to why Title IX hasn’t catapulted women’s sports at the professional level,” said Pilgrim. “Let me start by saying Title IX was awesome in expanding the number of female student-athletes,” she said. But “society is structured in America and in many other countries, whereby the opportunities for women as coaches or professional athletes are limited.”

Jackson expressed her hope that these opportunities will continue to widen from observing her own students, who “see sport in a totally different way.”

“There is so much excitement and energy around women’s team sports,” she said. “As far as professional athletes coming together and working together on shared goals, the WNBA just exemplifies that.” When the police shooting of Jacob S. Blake, a 29-year-old Black man, brought the sports world to a halt in protest last year, for example, the WNBA was the first league to come forward with a collective, unified position. “The immediacy and the rapidness in which the WNBA and its team leaders came together to have a unified voice” spoke volumes, Jackson argued, which is why there’s more corporate investment happening in women’s professional team sports now. “They are so good and on point on this—and have been for decades,” she added. “It’s just that it’s in the spotlight more right now, so I am optimistic about the energy and excitement of young people around women’s sports going forward for sure.”

The panel also answered questions from the audience, who participated via a live YouTube chatroom, including one about whether other countries have enacted similar legislation to Title IX in the past few decades.

Jackson fielded that question, and said that the closest example would be American universities that set up in other countries and influence intercollegiate sports leagues.

Take New York University’s Abu Dhabi campus, led by athletic director Peter Dicce, she said. They have “created a culture of gender equity and intercollegiate athletics, not just at NYU Abu Dhabi, but for all of the colleges that compete in the intercollegiate league in Abu Dhabi.” It’s a great example, said Jackson, of how we can “take our energies around gender equity with us, and influence other places who then make it their own, too.” 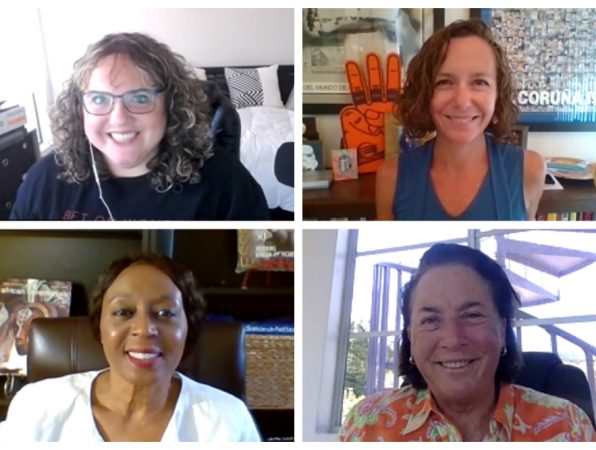