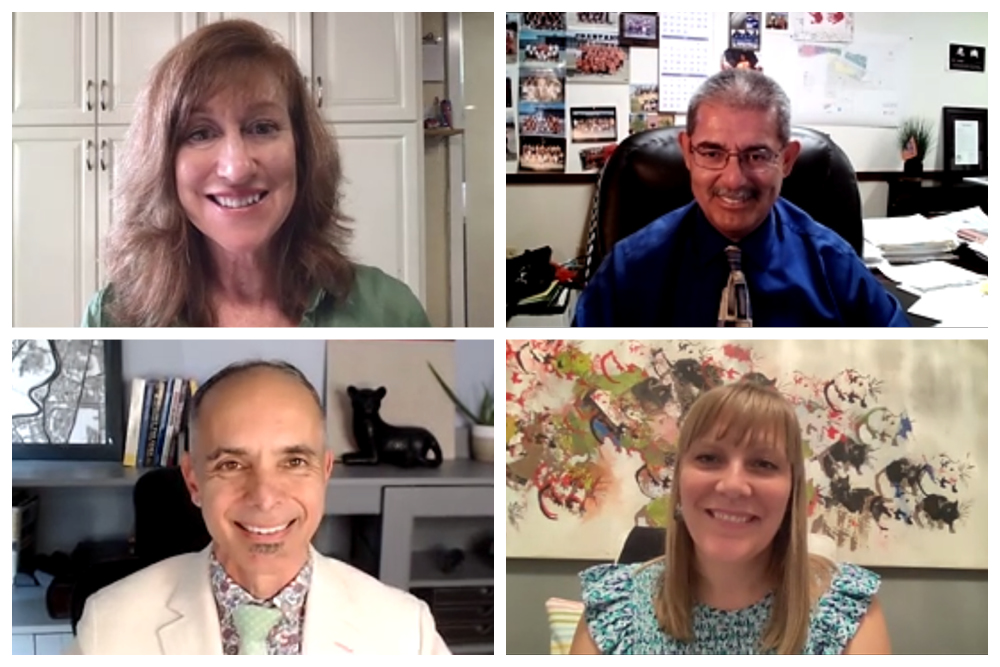 Before answering the question of the evening—“What Makes a Good Small Town?”—the panelists at a Zócalo/California Wellness Foundation event had to choose a definition. What, asked moderator and Los Angeles Times staff writer Diana Marcum, is a small town?

Would it be a population of about 30,000? By that definition, two of the three local leaders on the panel—former West Sacramento mayor Christopher Cabaldon and Coachella councilmember Megan Beaman Jacinto—live in communities of approximately 50,000, and would not qualify.

Gonzales city manager René Mendez, whose Central Coast town has a population of just 9,000, said that more important than a number is the necessity of fostering “connections and intimacy” among the people who live there. Though he’d be hard-pressed to consider a community of 30,000 a small town, he said, a town or city with a population the size of West Sacramento and Coachella can still feel intimate—and thus, by that definition, be a “small town.”

Jacinto and Cabaldon agreed that the “small town” designation is relative, noting that it depends where you are. Hewing closer to Mendez’s definition, Cabaldon said that you know you’re in a small town if a fellow resident comes to a city council meeting and you know them not from the organization that they’re representing but because of a different relationship—through something like school or church or the neighborhood.

Marcum, the moderator, quoted Aristotle, who considered a place the right size if “the citizens should know each other and know what kind of people they are.” Turning to Mendez, she asked, “Does Gonzales meet that criteria?”

Unequivocally, “yes,” Mendez replied. The city even refers to its way of doing things as “the Gonzales way,” which he clarified, “doesn’t mean you always agree, just that you’re together, and you’re able to work through some issues.” That comes with downsides, too. For instance, Mendez was working to unveil a new multifamily housing project. A week before its unveiling, the community came out against it—with friends, relatives, and teachers all reaching out directly with unanticipated concerns. “It was a very uncomfortable conversation, but we worked through it,” he said, one that was discussed with emotion everywhere from the liquor store to the barber shop to the post office.

Cabaldon noted that West Sacramento—which nearly doubled in size over his two decades in office—wants “to be a small-town vibe with big-city amenities.” The challenge he found was that “the interconnectedness that we feel isn’t always completely real.” It can be easy to go to certain places and meetings and think you’ll see everyone, but then you miss communities within the community. “I wasn’t really running into recent immigrants from Laos, folks from the Ukrainian community,” he recalled.

This is the similar to one of the challenges facing Coachella, which is currently about 97 percent Latino. The city has doubled in population over the past 15 years and continues to grow, which makes for challenging city planning, said Jacinto. “There is a way of thinking in Coachella—that I share to some extent—which is, as we develop Coachella into the future, we want to ensure that it’s preserving spaces and culture and history for the people that live there now,” she said. “At the same time, about 70 percent of our city is undeveloped, so to speak, agricultural land that’s really ripe for development.” This land could mean opportunities—or challenges that push residents out. Neighbors hold different possible futures for the city in many directions, from the wealthier, larger cities of Indian Wells, Rancho Mirage, and Palm Springs to the working-class neighborhoods of incorporated communities in the more rural eastern Coachella Valley. “We have to be really careful in balancing [our] thoughts and dreams,” said Jacinto.

Small size necessitates and often facilitates innovation, the panelists agreed. Gonzales recently made universal broadband free to all its residents, and West Sacramento instituted universal preschool 18 years ago and has made free college tuition possible for every high school senior.

Turning to Cabaldon, Marcum asked, “Did [West Sacramento] want to be Sacramento, or did it always say, we want to keep an identity as a separate thing that we are?”

Both, said Cabaldon—residents wanted amenities and improvements, but they also didn’t want change. “Very few small towns want to grow just to grow,” he said. Regarding neighboring Sacramento, he noted that anyone who wanted to move there could, but as a politician, he got to have the best of both worlds. “I can draft behind the big cities when it matters and focus on maintaining and building out a small-town place,” he said. If you want to do something, even about a problem as big as climate change, you can open your office door and yell to your colleagues and make a plan. Which isn’t to say small towns are perfect. He joked that you could also have a situation where, say, there are four city councilmembers total—and one hates another because he stole his high school prom date. (When asked if this was a true story, Cabaldon laughed and said he was not referring to the current city council.)

“You don’t have to go through a lot of hoops to get something done,” Mendez joined in, speaking to a plus of small-town governance. “The key is to have partnerships.” In Gonzales, the youth council galvanized the community to figure out how to help young people facing mental health issues during the pandemic. Acting on the recommendations of these local teenagers, he said, the city council and school board came together to create a wraparound mental health approach and fund a social worker to support young people in crisis.

On the other end of the spectrum, small communities are often under-resourced and underrepresented in government. “Can you talk about how small is maybe too small and what the challenges there are?” asked Marcum.

Small size necessitates and often facilitates innovation, the panelists agreed. Gonzales recently made universal broadband free to all its residents, and West Sacramento instituted universal preschool 18 years ago and has made free college tuition possible for every high school senior.

“In a smaller town you can imagine actually solving a problem,” said Cabaldon. “In a bigger city, it’s, ‘Let’s adopt a 25-year plan to do X.’” Small-town leaders know they can’t leave anyone behind, he joked, because you might run into that person at a soccer game next weekend.

Marcum then turned the discussion over to audience questions, submitted via a live YouTube chat.

One person wanted to know: How can you create a cultural center for a town?

Mendez said it’s about watching where your community gathers and what places they revolve around. “It’s observing your community, listening, and then you try to activate around that,” he said. In Gonzales, for example, they passed a sales tax to fund a new community center near the school—because it was identified as a place where people were already going.

Another viewer asked: What was the most innovative thing the panelists had seen come out of a small town?

Jacinto said that Coachella was “the first city in the nation to ban private prisons” and also the only place that instituted “hazard hero pay for farmworkers” in the pandemic—an extra $4 an hour for four months.

Viewers also wanted to know how to keep and attract young people to small towns. Creating extension campuses of larger higher educational institutions, said Mendez and Cabaldon, has been helpful.

Listening to the panelists discuss the reasons why people want to come or return to small towns, Marcum noted near the end of the discussion that it felt like the panelists were covering the things that make life good. Summing it up, she said: “You need basic necessities, you need opportunity that makes your children come home, you need fun, you need a place to live, and you need a place where everybody meets.” 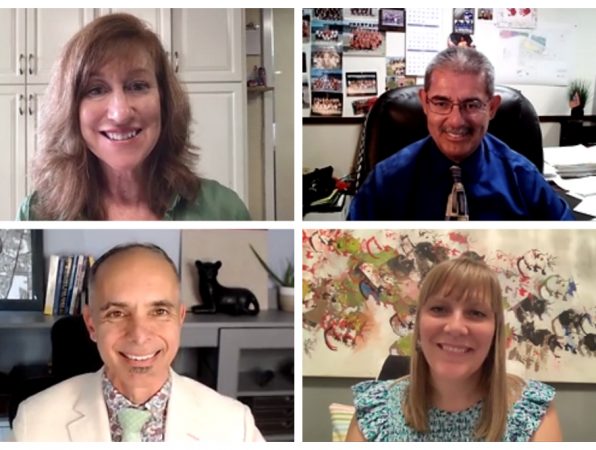 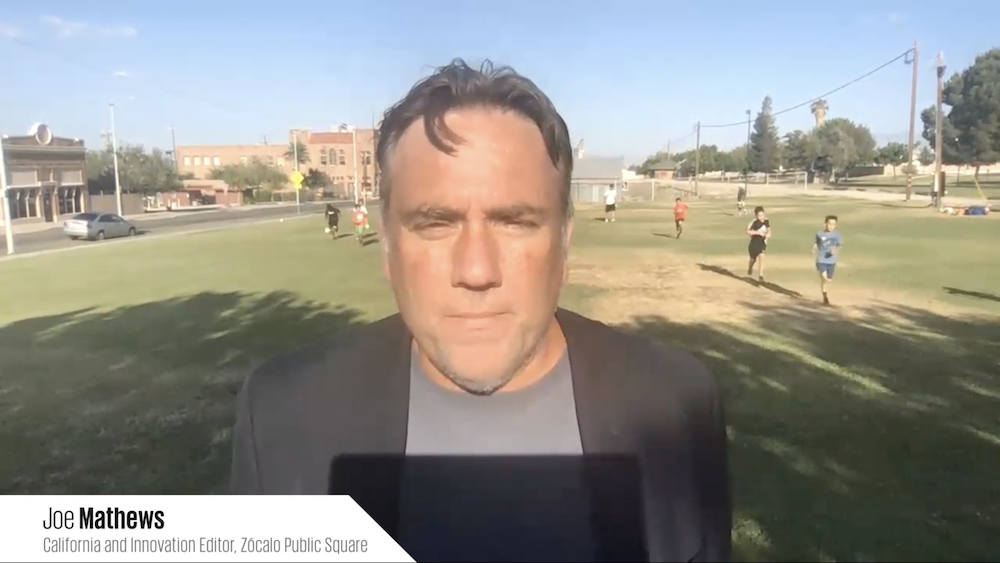 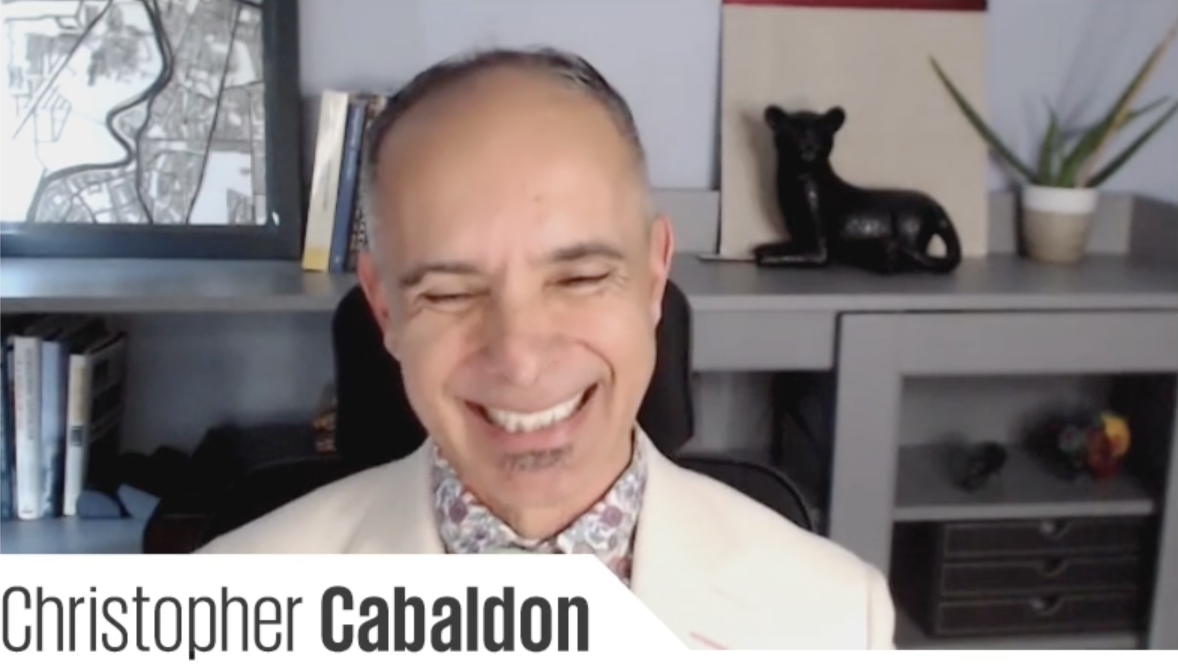 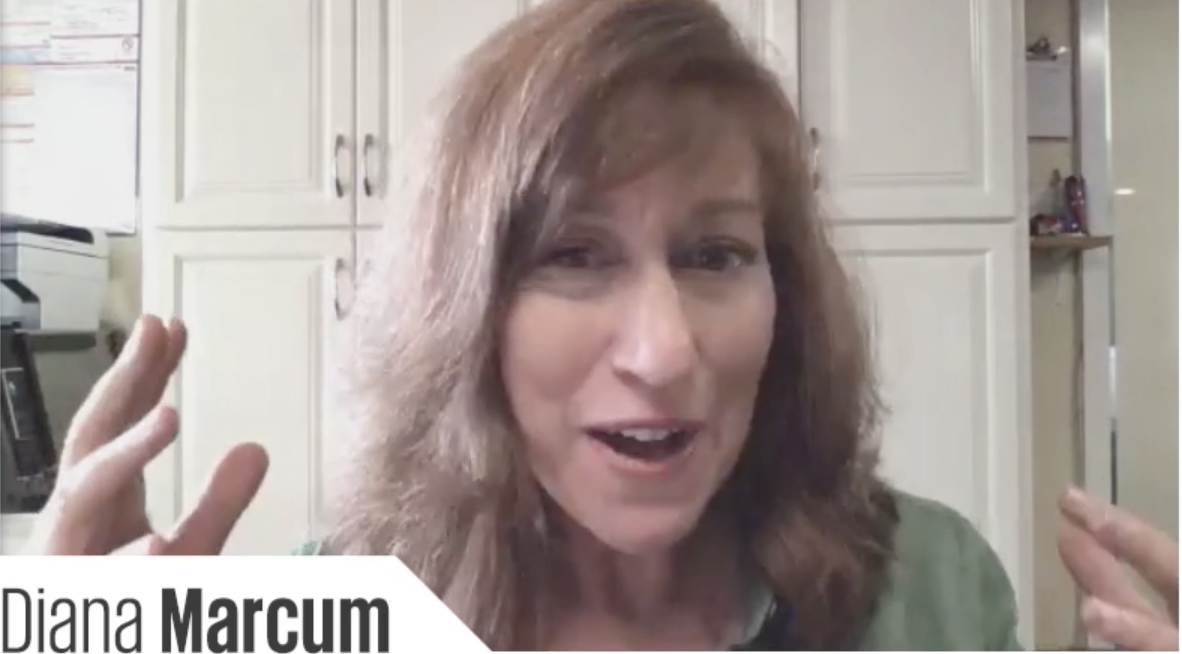 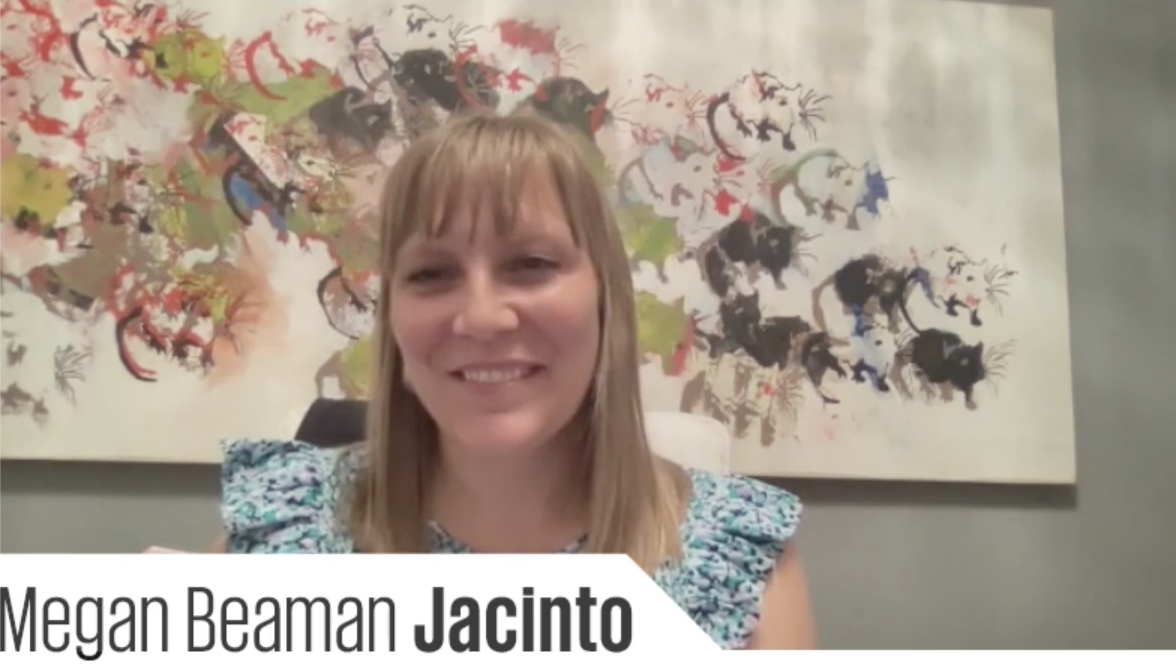