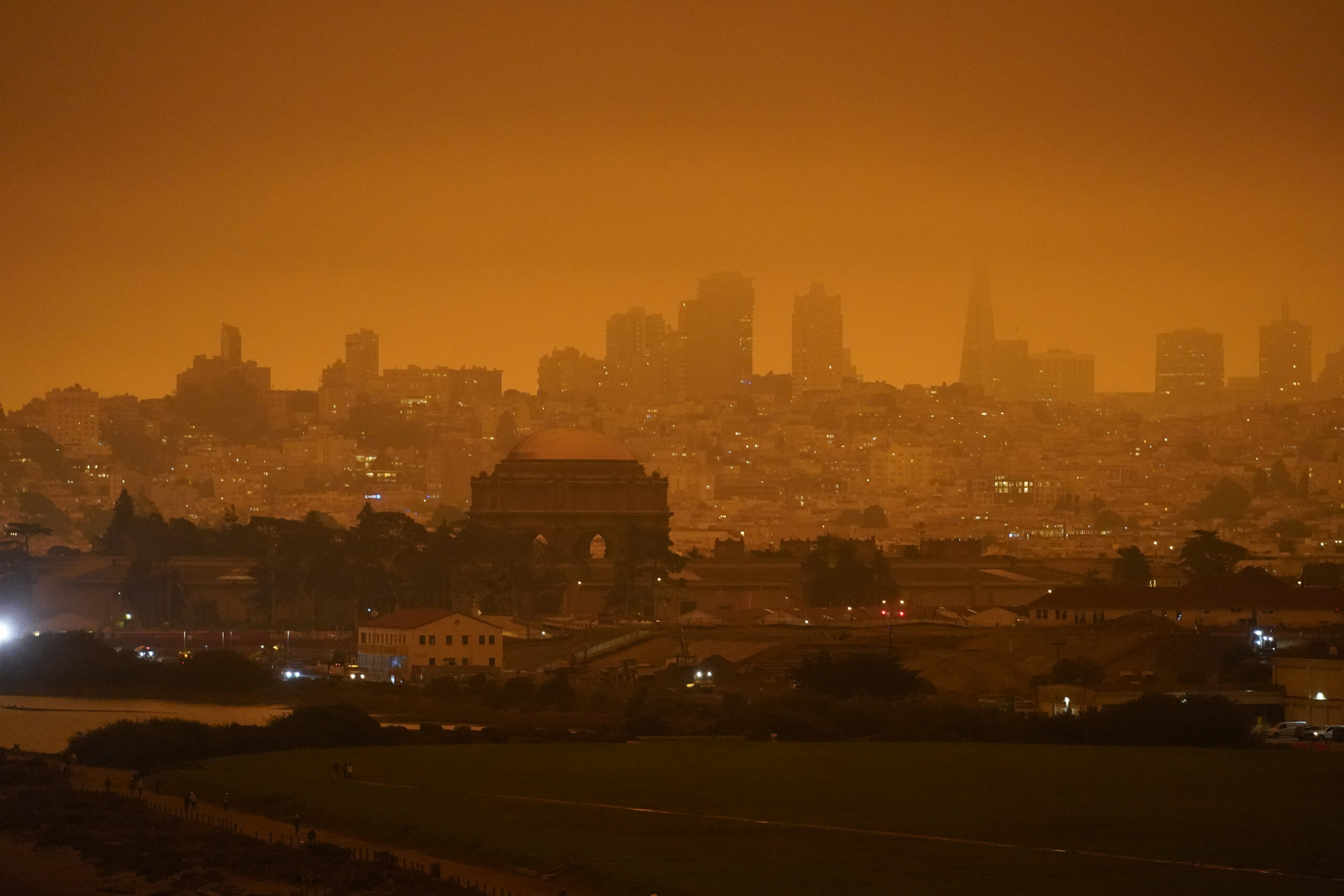 A dark orange sky above San Francisco, at 11:18 am on Sept. 9, 2020, was caused by heavy smoke from wildfires nearby. Photo by Eric Risberg/AP Photo

It’s too late to prevent the apocalypse. Because it’s already here. A virus spreads globally, creating a pandemic, as yet uncontrolled. Climate change accelerates, and hurricanes, droughts, heat waves, and floods grow deadlier. Nuclear weapons and disruptive technologies proliferate, and economic dislocation and record mass migrations destabilize cities. Is it reasonable to expect urban centers, which are particularly threatened by many of these global phenomena, to do much more than mitigate the damage? And if world-altering disasters—from climate change to mass social breakdown—are inevitable, what can we do now to give our densest and most vulnerable communities a better chance of recovering from these apocalypses, and perhaps even thriving again in the centuries to follow?

Zócalo and the University of Toronto present The World We Want, an event series exploring our current societal, political, and economic challenges and how we might emerge from the current moment.