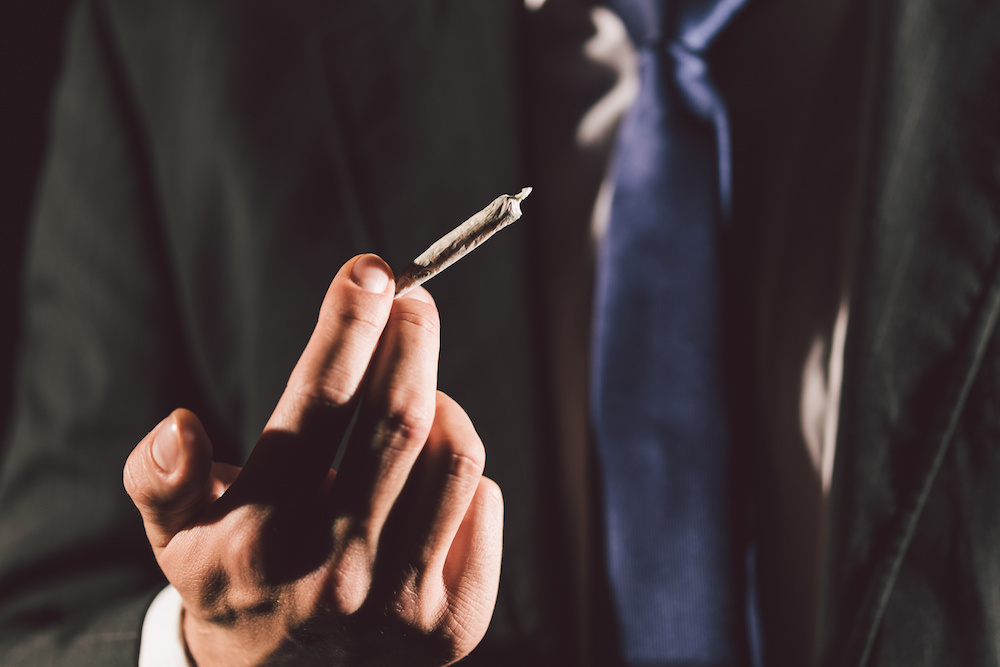 If California is going to transition successfully to full legalization of cannabis, our state is going to need its own cartel.

For the record (and to reassure my friends in federal law enforcement), I am not smoking anything. And I am not suggesting that California encourage a criminal syndicate like the Zetas or the Sinaloa Cartel for weed. The California cartel actually would need to be a legal corporate oligopoly. The cartel members would be a small number of companies with the size and resources necessary to control the distribution of cannabis so that our state can properly track, regulate, price, and tax America’s largest marijuana market.

Yes, oligopolies have their drawbacks. But without a powerful force to wrangle the many motley cannabis players who operate in remote corners of the state, California marijuana could quickly spawn yet another convoluted unaccountable regulatory mess for which our state is famous.

A new market, like the one California needs to develop for cannabis, must be carefully designed. But the early attempts to design regulation around cannabis are worrying.

For starters, instead of designing one system to cover all forms of cannabis, regulation is moving right now on two separate tracts. Regulatory work is underway on a new system for medical marijuana, which has been largely unregulated at the state level since it was made legal in 1996. At the same time, voters are considering whether to approve Prop 64, which legalizes, and proposes regulation of, marijuana’s recreational use.

Hopefully, the two would be combined into a single regulatory system with Prop 64. But even then, things might get convoluted. Prop 64, at 62 pages, is the longest initiative on the November ballot. And it outlines so many different priorities and rules, from protecting everyone from children to today’s outlaw growers, that a regulatory system based on them would be highly complicated and difficult to manage.

How to bring order to the potential chaos? A cartel is by far the best answer.

For one thing, it’s proven. Alcohol has worked this way since the end of Prohibition; it’s managed by a three-tier system, with a middle tier of powerful distributors connecting a diverse array of brewers with all the various places that sell beer. For another, having a big centralized cartel makes it possible to protect the existing small growers and small marijuana retailers. Some larger entity is needed to connect them, and to do many costly time-consuming things — transporting the product, keeping it fresh, bearing the brunt of regulatory compliance and taxation — that smaller players can’t easily do themselves.

Having a powerful distributing cartel, as with alcohol, allows for ownership and accountability in the system. The cartel must buy the product from the growers, and thus provide a check on supplies and quality and licensing. And the cartel then must sell to the retailer, thus providing a check on the amounts of sales, and the quality of the product sold. And by tying together the system, they provide the natural vehicle for taxing all three tiers of the system—the suppliers, the distributors themselves, and the retailers.

The cartel has another important role: Keeping the price high enough to protect small players. Without a choke point in the industry, legalization of recreational cannabis in California will likely produce a big drop in price. That’s because demand is unlikely to spike after legalization; most of those who use cannabis in large amounts already have access to it, via medical marijuana and the ubiquity of the black market. But legalization is all but certain to increase supplies significantly, as growers can move out of the shadows, expand their operations and thus make their once illegal businesses vastly more productive.

That combination—a big increase in supply, while demand stays relatively flat —could produce a dangerous drop in prices. Such a price drop might encourage more people, particularly young people, to use marijuana. And it could put pressure on smaller producers to consolidate.

The cartel members would be a small number of companies with the size and resources necessary to control the distribution of cannabis so that our state can properly track, regulate, price, and tax America’s largest marijuana market.

Still, as a business model with this oversight, a distributor oligopoly would be able to attract investment into the industry at a scale that individual small players can’t. (To quote Warren Buffett: “The products or services that have wide, sustainable moats around them are the ones that deliver rewards to investors.”) The cartel would thus be powerful enough to defend the industry. For example, governments tend to raise sin taxes in the name of raising revenues, but high taxes can keep black markets alive. A distributor cartel would be a force for keeping taxes reasonable, and the black market in check. (Colorado recently lowered its cannabis tax for this reason).

And this cartel would have the money to fight the federal government to overturn rules and laws that make it difficult for people in the industry to have bank accounts or pay federal taxes.

Encouraging such a cartel poses a political challenge; many growers and dispensary owners oppose Prop 64 and other regulations because they fear such a corporate entity. But, in a regulated and legal market, some bigness may be inevitable and its virtues outweigh its potential problems.

“Corporatization … brings advantages in terms of public accountability and regulatory compliance, product safety and reliability, market stability, and business professionalism,” said a Brookings Institution report on legalizing cannabis in California. “Attempts to block corporatization are likely to backfire or fail. For policymakers, the concern should be bad marijuana, not big marijuana.”

So, what sort of person could assemble such a cartel?

My own choice would be someone like Eric Spitz, who has already publicly raised his hand as a person interested in shaping the future of pot in California. I got to know him a few years ago when he and a partner purchased The Orange County Register and made a game, if unsuccessful attempt, to give the paper a brighter future by hiring journalists and expanding its offerings.

Spitz, who has an MBA from MIT’s Sloan School of Management, ran a brewing company and founded a “fast-casual” food chain. He talks messianically about how those experiences, along with the newspaper investment that brought him to California, make him the right man to help the state design a new regulatory regime and structure for the industry. “I was meant for this moment,” he says.

Spitz’s goal? To help shape the system and eventually become a distributor. Spitz is now advising local governments about how to regulate cannabis businesses and he’s been talking with former state Attorney General Bill Lockyer. “It’s great fun to see how he thinks,” says Lockyer.

Spitz says the question is not whether such a cartel (which is my term; he uses the word “consortium”) arises, but when, and how it’s structured. Will it have only a couple of distributors or many? And will such a distribution system be divided up into regions, or be truly statewide? He says that it should start statewide and then become regional as the number of outlets proliferates and retailers transform themselves from marijuana-focused dispensaries to restaurants or clubs that offer cannabis in the same style that bars offer alcohol.

“We have a responsibility to do it right, not only to make sure our system works, but because we know how California is going to tilt the scales for the rest of the country,” Spitz says.

And how will you know if the system is working? My own view: When people in the marijuana business stop complaining about all the uncertainty and chaos as their industry emerges from prohibition—and start complaining about the decisions of a quasi-monopoly that’s in charge.