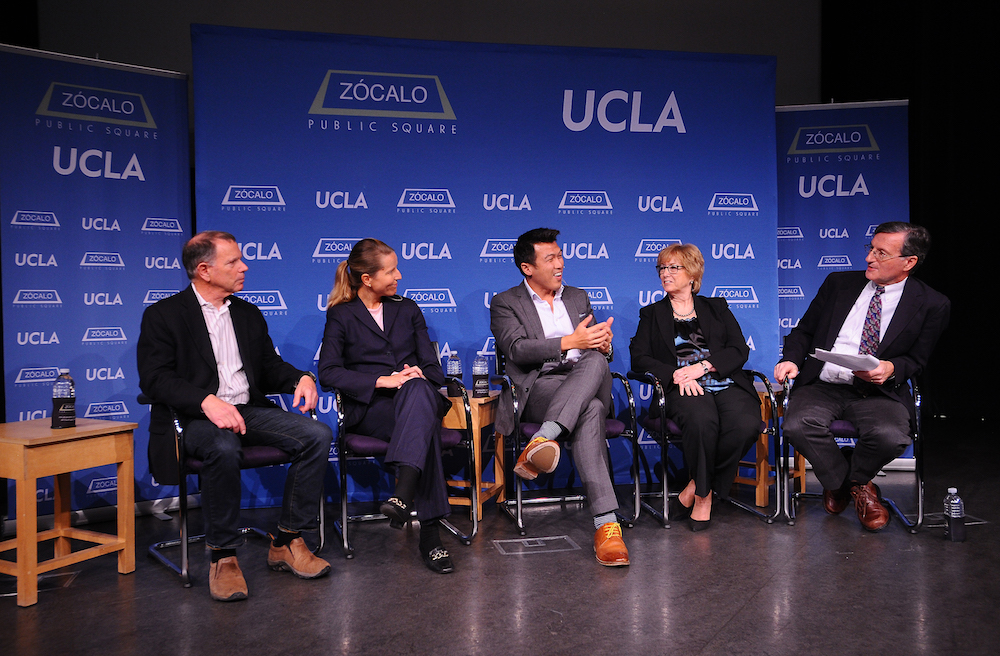 California has benefitted greatly from globalization—from cheap T-shirts, to leaps in technology, to proximity to Asia, to its agricultural exports. Why, then, is it disparaged by political leaders—as dissimilar as President Trump and Sen. Bernie Sanders—as a boon to very few, at the expense of most? This was the question at the heart of a lively Zócalo/UCLA event entitled “Does Globalization Only Serve Elites?” before a packed house at the National Center for the Preservation of Democracy in Little Tokyo in Los Angeles.

Or, as moderator Steven Greenhouse, a former labor reporter for The New York Times put it to a panel that included an economist, an entrepreneur, a labor law scholar, and a business development leader, “Why does globalization get such a bad rap?”

Jerry Nickelsburg, a senior economist with the UCLA Anderson Forecast, pointed out that the data measuring the effect of globalization “are actually really convoluted,” and that it’s difficult to separate the effect of globalization from advances in mechanization, changing tastes and the overall shift to the information age. We’re seeing much more inequality in terms of income and employment, he acknowledged, but much of that inequality is due to a range of factors, many of which go beyond globalization, such as the replacement of workers by robots.

Nonetheless, said Katherine Stone, an expert in labor law at UCLA School of Law, no matter how you measure it, it’s clear that in globalization, “there are winners and losers, and the losers haven’t been adequately compensated or supported.” That could change, she said, with a shift in social policies and economic programs “that might make them winners as well.”

For entrepreneur Kati Suominen, the solution can be found in the work of companies like her own Nextrade Group, which she founded to help governments and corporations optimize public policy and lending, to support trade and digitization. She argued that the digital economy, which enables anyone to open a virtual shop on eBay, for example, is the path to creating new and sustainable livelihoods for displaced workers, as well as opportunities for people new to the work force. “Do we want an America that protects workers whose jobs have been taken over by robots,” she asked, or an America that supports workers who use their ingenuity to get ahead in the new economy?

Yet, Greenhouse pointed out, in Germany, which is in theory a more globalized nation—with more of its Gross Domestic Product going to trade—globalization is not vilified as it is in America. He observed that “one reason is we do not as a nation do enough for the losers in globalization.” What prevents us from providing more support? he asked.

Part of the problem is America’s wrongheaded assumption that we’re “number one,” said Stephen Cheung, president of the World Trade Center Los Angeles. “Number one in what? Obesity?” Americans who insist on the nation’s primacy when our fate is so deeply intertwined with that of other nations, he said, are chasing a past that no longer exists. In the meantime, he said, we run the risk that “other countries will take off without us.”

Another issue, said Nickelsburg, is that “we treat all industrial workers who lost their jobs the same.” In fact, there is a great difference between a 30-year-old prepared to move into the new economy and other workers who “are like Tom Joad in The Grapes of Wrath,” Nickelsburg added.

The key to turning around perceptions about globalization is in tending to these displaced workers, said Stone. When workers’ well-paid union jobs vanish in places like Detroit and upstate New York, replaced by low-compensation service jobs, that’s not an acceptable outcome, she said. “There’s nothing in the nature of the universe that says being a home health aide has to be a bad job,” she said. The solution lies in changing labor laws to enhance unionization and workers’ collective bargaining power, and offering substantial retraining opportunities, “so when they get new jobs, the jobs are better than the jobs they lost, rather than a steady decline.”

Whoever the “winners” and “losers,” and whatever the path to a better future, the panelists agreed that America should not turn its back on globalization. “There is no case in the economic history of the world where protectionism has improved the lives of the country,” Nickelsburg said.

During the Q&A, one audience member asked whether globalization had negatively affected access to education, which spurred the panelists to remark on both the value of an educated workforce and to lament the lack of support for broad-based improvements in education.

Yet, Greenhouse noted, “as inequality has increased, the people on top seem reluctant to fund better education.” 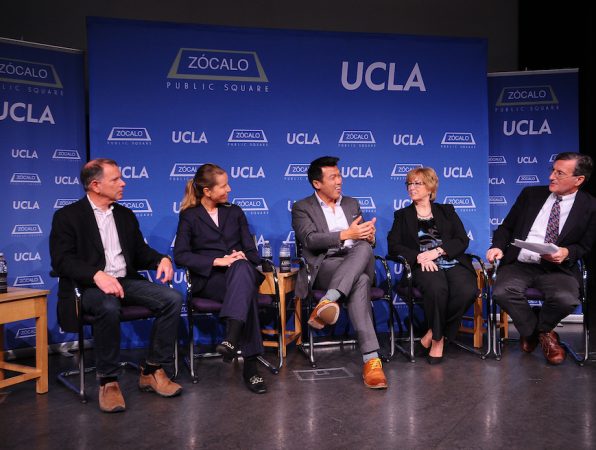 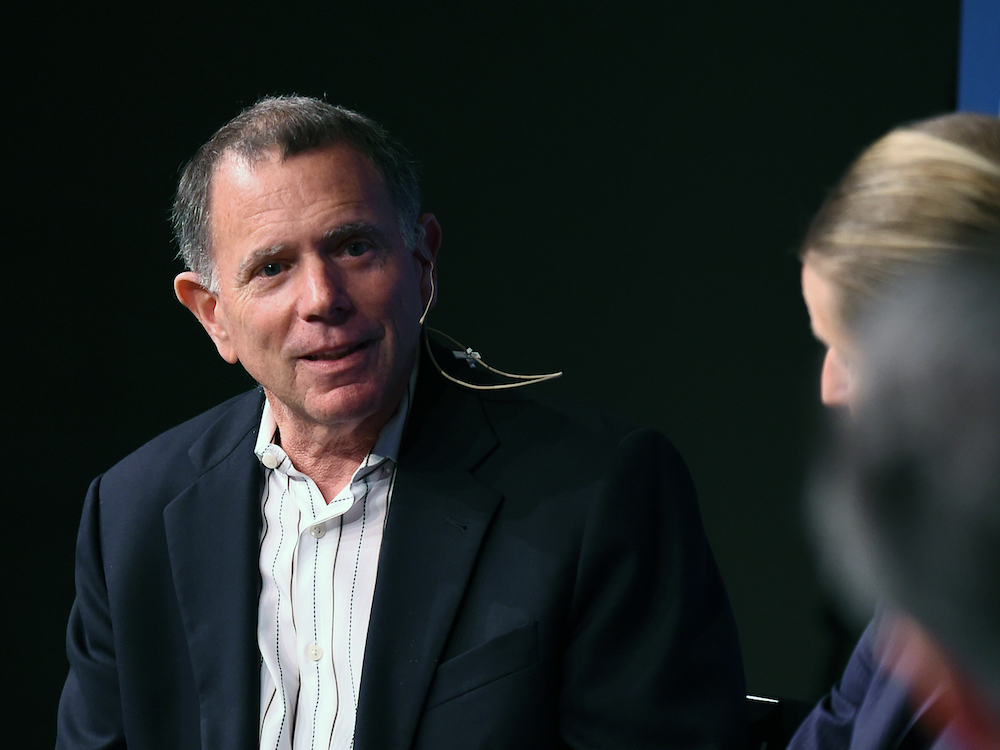 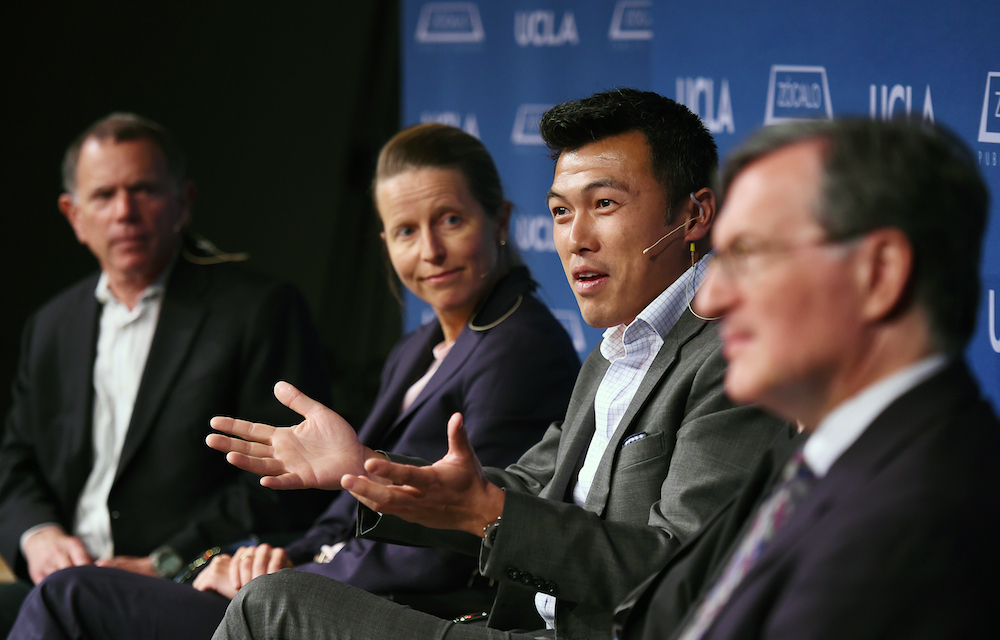 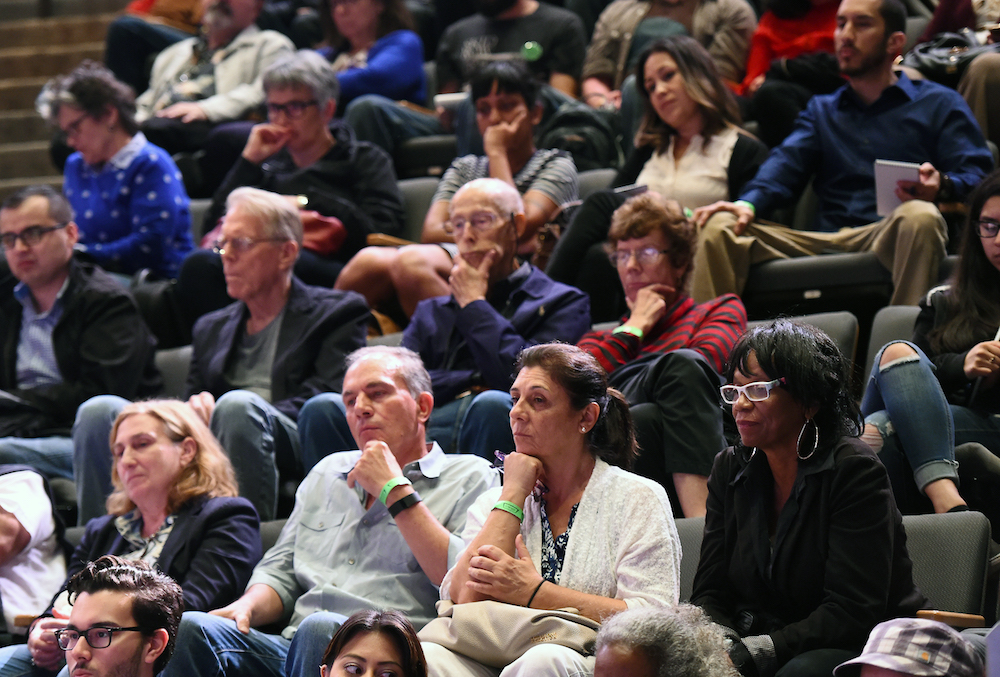 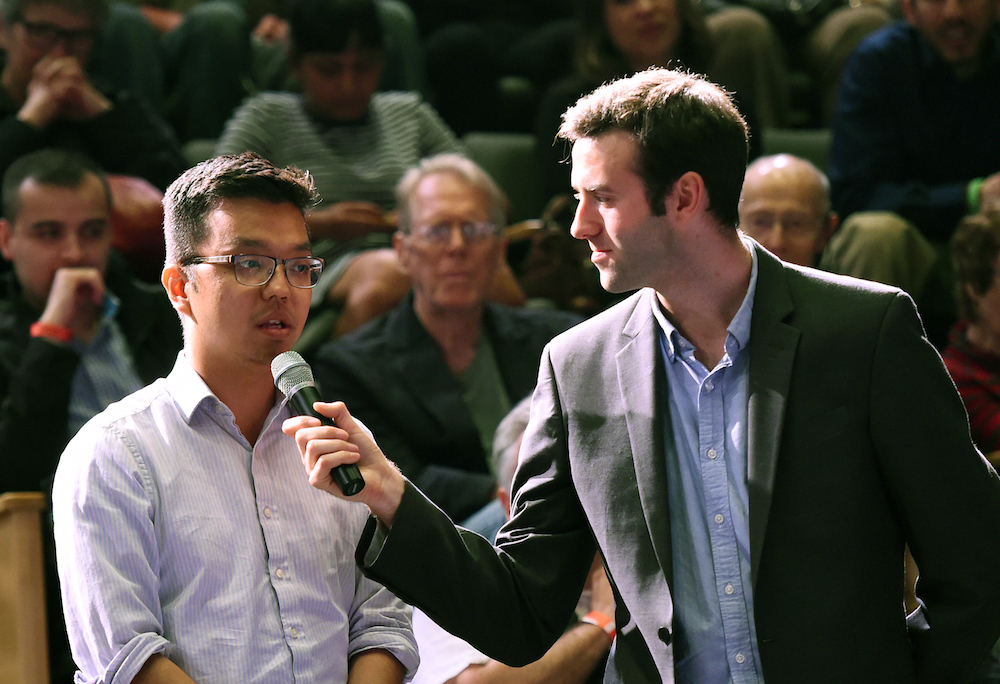 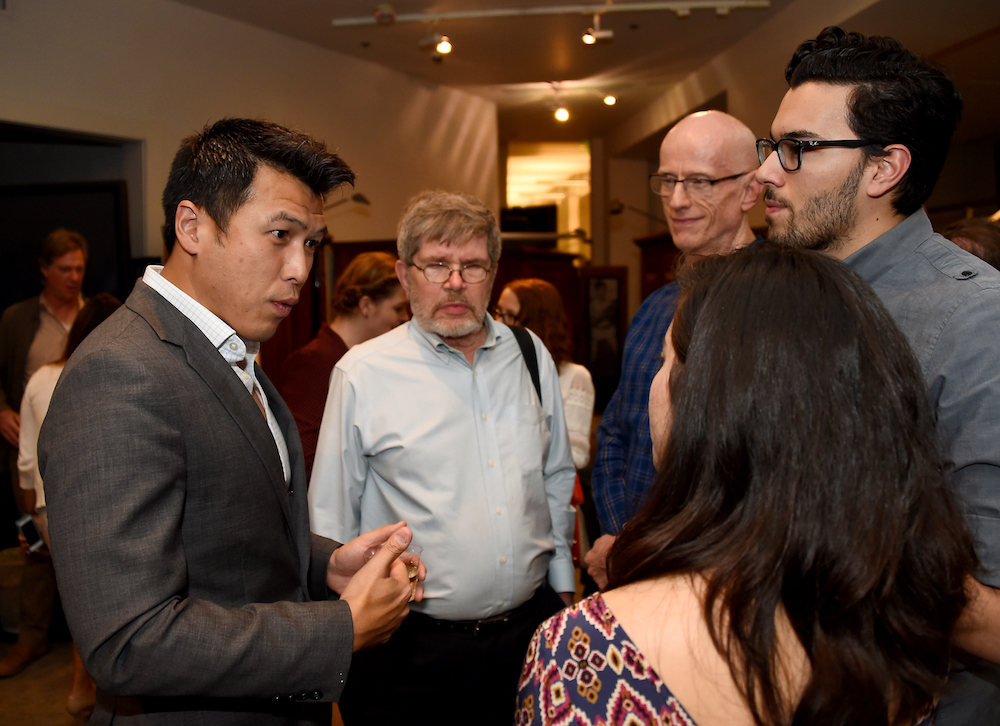