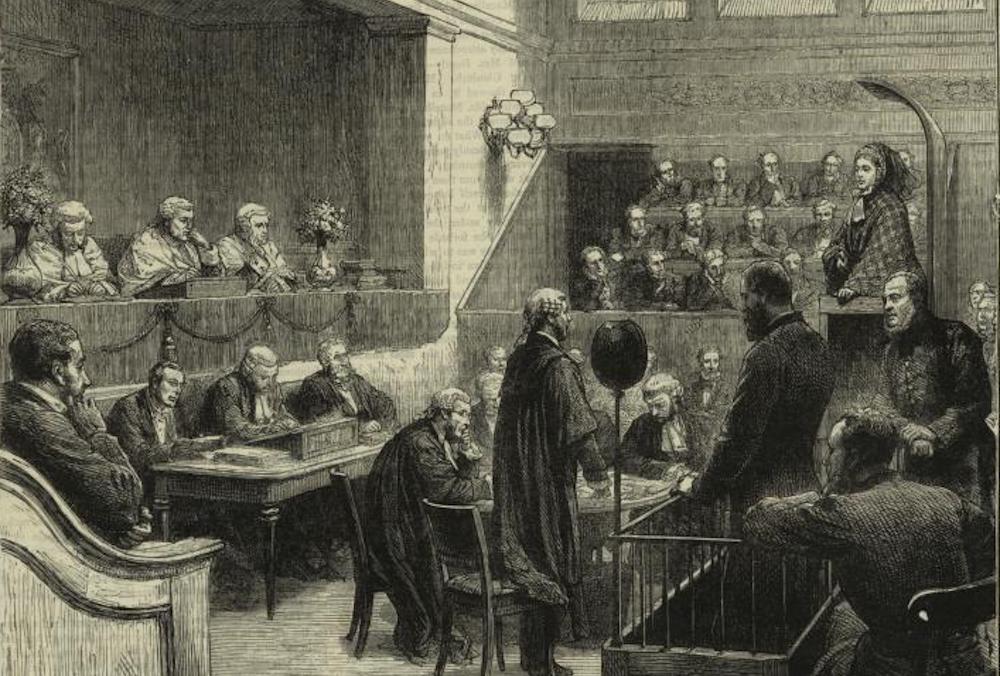 California’s housing shortage, its poverty, its poor business climate, and its failing infrastructure all are explained in no small part by the failure of our underfunded, delay-prone courts to provide anything resembling timely justice. But in public narratives of what’s wrong with the state, we have mostly let the courts dodge responsibility for their many crimes against California’s future.

This is, in part, because, our courts have been broken for so long that we’ve stopped expecting them ever to work. In the meantime, we have become lazily addicted to blaming our favorite perpetrators—our regulators, our politicians, our media, our unions, our businesses, and, more recently, President Trump—for our collective failure to build a state that meets its population’s needs.

But the biggest reason why we’ve allowed the courts to skate responsibility involves a public lack of understanding of the courts, and a resulting underestimation of their importance. State government has been treating the courts, which account for less than 3 percent of state spending, as a small problem, distinct from the state’s other maladies. But the courts’ impact is far larger than their budget imprint, making them a dangerously faulty foundation for our state’s economy and government.

If you want to block a project in California, your best bet is to get it into the courts, where you can delay for years until the project’s supporters can no longer afford to go forward. This happens regularly in California’s housing battles. But rather than blaming the courts, real estate types routinely blame a law—CEQA, the abbreviation for the California Environmental Quality Act—for the state’s struggles to build sufficient housing and infrastructure.

At a recent conference at Chapman University in Orange County, Emile Haddad, the chairman and CEO of FivePoint, the largest developer of mixed-use communities in coastal California (from the Great Park Neighborhoods in Irvine to Candlestick Point in San Francisco), pointed to the courts instead.

“I’m one of those probably odd developers who say they love CEQA,” he said, praising environmental laws that protect communities and add to quality of life and the value of housing.

The real problem, he said, is “the entire legal system.” He recounted a project that got local government approval in 2003, but still hasn’t happened, as his company is now litigating the project’s 30th lawsuit.

With each challenge or problem with permits, he loses even more years, Haddad said, because “I have to go through the same courts that have approved me already … because I cannot go directly back to the Supreme Court or the appellate court and tell them that I’ve done what they needed me to do.”

Such legal delays bear a heavy responsibility for our historic housing shortage and add to housing costs that are more than twice the national average. In turn, costlier housing is a huge factor in California’s highest-in-the-nation poverty rate and its high incidence of homelessness.

Poverty is now highest in coastal areas with the most development restrictions, which produce more litigation and costlier housing. And the clogged courts make it harder for poor people to challenge evictions from housing, or mistreatment by people and financial institutions that prey on the poor.

Such legal delays bear a heavy responsibility for our historic housing shortage and add to housing costs that are more than twice the national average. In turn, costlier housing is a huge factor in California’s highest-in-the-nation poverty rate and its high rate of homelessness.

The same court-related delays and resulting costs also plague any number of transportation and water projects, and of countless attempts to launch new businesses. The most high-profile example is the state high-speed rail project. While the state authority in charge of the project has drawn withering coverage for its mistakes—construction remains at an early stage, nearly nine years after voters approved the bonds for it—most of the delays involve the courts.

The state itself has a long history of using the courts to delay meeting even its meager funding obligations to schools and health programs. The state courts so utterly failed to resolve California’s prison overcrowding problems that federal receivers and the U.S. Supreme Court had to step in.

Meanwhile, the courts are being asked to do more with less. Newer reforms on criminal justice resources (Governor Brown’s realignment), sentencing (Propositions 47 and 57), and recreational marijuana (Proposition 64) have created new questions and petitions that boost court workloads.

At the same time, the Great Recession and budget crises were particularly tough on the courts. Thousands of court staffers have lost their jobs in the last decade, and more than 50 courthouses and 200 courtrooms have been shuttered. Delays have more than doubled; it now can take more than five years to have your civil complaint heard by a judge or jury. (One prominent lawsuit, by California local governments against lead paint manufacturers, is now 17 years old.)

Flat pay and a heavy workload have led to walkouts by court workers, and sparked bitter infighting among state judges. Court officers in 49 of 58 counties warned in a February letter to Gov. Brown that without more money in this year’s budget, they’ll need to cut existing levels of service.

The pressure on the courts would be even worse if the total number of court filings hadn’t declined by 25 percent over the last decade. But that may be bad news. Almost all the decline has been in small claims, challenges to infractions, and minor civil cases. Regular Californians have simply given up on seeking justice in our courts.

“Inadequate funding and chronic underfunding of the courts is just one way a justice system can become unjust,” warned California Supreme Court Chief Justice Tani Cantil-Sakauye in a recent speech, noting that since 2011 the state has added 6,408 laws while the judiciary budget lags.

I recently walked three blocks from my office to the Stanley Mosk Courthouse, the state civil courthouse in downtown Los Angeles. Like other central courthouses in California’s increasingly glittery city centers, the court building stands out as an eyesore, its exterior scars clashing with the new park and federal courthouse next to it.

Inside, nothing—from bathrooms to Wi-Fi—works particularly well. Lawyers receive trial dates that are usually more than two years in the future, court reporters are scarce, and overworked clerks scramble to keep things from breaking down. A lawyer acquaintance who took me around quoted Charles Dickens’ Bleak House, a 19th-century novel about the delays and injustice of England’s Court of Chancery.

Broken courts, Dickens wrote, promote a crippling fatalism through a society, “a loose belief that if the world go wrong, it was, in some off-hand manner, never meant to go right.”

It’s way past time for California to pull itself out of this Dickensian muck. Yes, fixing our court system—making it the fastest and most efficient in the country—would be challenging politically. But it also would be relatively cheap, just a couple billion more dollars a year in a state with a $150 billion budget and a $2.5 trillion economy.

Justice delayed is justice denied. This budget season, let’s return timely justice to the courts, and stop this crime against California’s future.