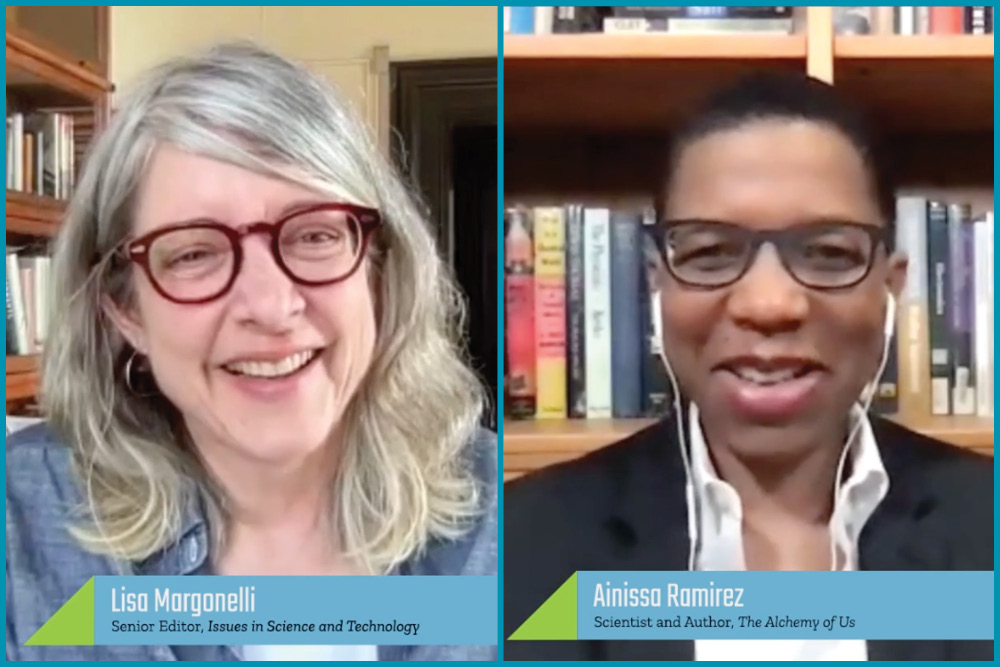 Lisa Margonelli and Ainissa Ramirez discuss "Do Inventors Bear Responsibility for the Effects of Their Inventions?"

What is it like to be an inventor? Are inventors responsible for the societal ramifications of their creations? And how could a more holistic approach to innovation lead future scientists to create change with fewer unintended consequences? Materials scientist Ainissa Ramirez, author of The Alchemy of Us: How Humans and Matter Transformed One Another, tackled these questions and more during a rousing conversation with Issues in Science and Technology senior editor Lisa Margonelli at Zócalo on Tuesday. Their dialogue explored the unintended effects of various inventions, and potential strategies from policy to education that might help us recognize potential negative consequences of new technologies.

Ramirez began by recounting her early career at Bell Labs, the powerhouse research and development company known for decades of inventions that characterize the world we know, her work developing small-scale materials there, and the challenges and aims of materials science more broadly.

Their conversation quickly turned to the unintended real-world effects of various inventions, such as the blue light-emitting diode (LED), which won a Nobel Prize in 2014. “The blue LED is a wonderful invention, but it also highlights a deficiency in science itself, which is that we don’t look at the broader issues of our invention,” Ramirez said.

Despite the technology’s notable achievement in offering a more efficient alternative to incandescent light bulbs, there have been broad, unforeseen consequences of its application. For one thing, older people have a harder time seeing blue light, meaning LED-based traffic lights can create more dangerous conditions for older drivers (and for others on the road). In addition, the lights have powerful effects on human circadian rhythms that remain unaddressed for the most part.

One of Ramirez’s larger concerns around innovation today stems from the “siloing” of different scientific fields. “What we have is a lot of flowers but no garden,” Ramirez said, calling for more frequent connection between fields, in addition to greater oversight of scientific innovation and its applications and effects more generally. She suggested that more federal regulation, or stronger independent consumer testing and reporting organizations would help address unintended consequences of inventions. Lastly, she called for better training; as it stands, scientists receive little counsel when it comes to considering the broader environmental or societal contexts of their work (such as materials’ sources and what processes are required to produce them).

“It seems like we put a lot of pressure on the inventor in part because we don’t have any other backstops,” Margonelli said, pointing out the constant risk inventors face that their work will be used in damaging ways. She cited, for example, how the botanist Arthur Galston’s research helped lead to the herbicide Agent Orange, the toxic chemical sprayed by the U.S. military across Vietnam, which has had a lasting impact on those who came in contact with it. Ramirez agreed, recalling a conversation with Jim West, inventor of the foil electret microphone, where he expressed regret that the U.S. military used the technology for surveillance.

However, scientists have also been able to affect how their work has been applied. Galston, for example, after realizing what the military was doing with his research led a campaign that halted the use of Agent Orange in Vietnam. Another example is Caroline Hunter, a Black chemist working on Polaroid film in the 1970s who co-founded the Polaroid Revolutionary Workers Movement (PRWM). Through the PRWM, Ramirez said, Hunter successfully protested the Polaroid company’s efforts to produce film for apartheid passbooks for the government of South Africa. “There’s a long tradition of workers pushing back, saying ‘this is not right, my labor should not be used in this way,’” she said.

Before wrapping up the conversation, Margonelli asked Ramirez: What else can be done to build a better future of innovation?

“In other countries, they actually have dialogues between scientists and the general public,” said Ramirez, describing spaces where scientists and community members gather and offer input and feedback to create a real conversation. “If we had more of that,” she speculated, “[scientists could better] consider the bigger picture.” 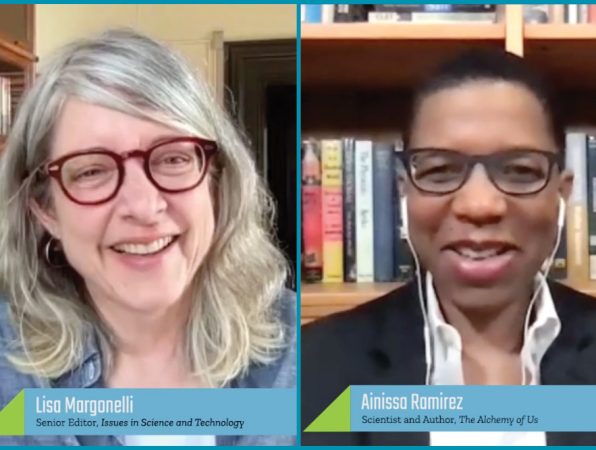