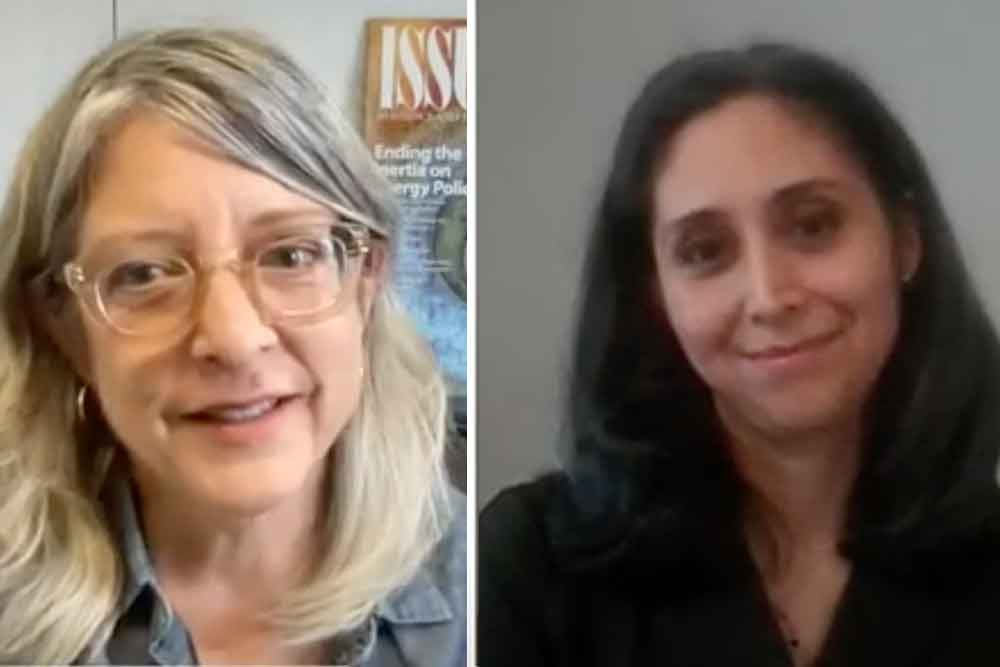 From Left to Right: Issues in Science and Technology editor-in-chief Lisa Margonelli and Workcred senior director of research Isabel Cardenas-Navia visit Zócalo to discuss the future of resumes.

The resume has been around for hundreds of years, and is one of the most vital parts of the hiring process for workers, employers, and educators. But what resumes leave out when it comes to nontraditional skills and years of experience—in or out of the workforce—is a big problem for anyone whose career hasn’t followed a perfectly linear trajectory (and really, whose has?).

That’s why Workcred senior director of research Isabel Cardenas-Navia is championing learning and employment records (LERs) as a digital solution to some of the thorniest problems resumes present. During yesterday’s Zócalo/Issues in Science and Technology event, “Is It Time to Throw Away Our Resumes?,” Cardenas-Navia explored the potential and pitfalls of this new technology, which aspires to offer workers a fairer way to document and verify their knowledge and expertise.

Issues in Science and Technology editor-in-chief Lisa Margonelli started off the conversation by admitting that Cardenas-Navia had introduced her to the concept of LERs in a recent Issues piece. “How did you hear about them,” Margonelli asked Cardenas-Navia, “and what was your first impression of LERs?”

“It was completely by chance,” Cardenas-Navia said. The topic came up at a conference right after she began at Workcred, an affiliate of the American National Standards Institute devoted to the issue of credentialing. “I saw immediately how [LERs] could be a data source that all the different stakeholders in the education and workforce system could use,” she continued. Take education: LERs, which utilize blockchain technology, can include verified courses and competencies tailored to show why you’re qualified for the position you’re applying for in a way that a traditional resume wouldn’t be able to reflect.

She used herself as an example. She and a colleague hold Ph.D.s in biomedical engineering, and both completed the same postdoc, but while he stayed in the field, she is now doing something completely different. They developed different skill sets while acquiring the same education—but if you just look at their resumes, “there’s so much that you miss,” Cardenas-Navia said.

What about when it comes to self-taught skills, Margonelli asked: How can LERs reflect and also verify that expertise?

“That’s the $64,000 question,” said Cardenas-Navia. “The easy part is to just validate existing credentials,” she agreed, including the “explosion” of digital badges and other types of credentials available today. She hopes with time there will be a process by which individuals can have other skills validated in the same way and recorded in an LER. That process will require solutions to several questions, though, including: Who is trusted by the individual and employer to do such validation? Who bears the cost of doing the validation? And is the testing fair?

“Everyone is welcome to participate in and volunteer to be hopefully a part of this solution,” said Cardenas-Navia

We’re still in the early days of this technology, Margonelli said. Looking ahead, she asked, “What’s the best-case scenario here?”

“People can find the right job for their skills”—and be paid a fair wage, Cardenas-Navia said. The big idea is to “make the playing field more equitable.”

When asked for the worst-case scenario, Cardenas-Navia pointed to a “TaskRabbit”-type situation, where employers contract out everything on a gig-by-gig, qualification-by-qualification basis. In this scenario, “there’s no real relationship or investment by the employer into an individual.”

Before turning to audience questions, Margonelli called attention to pilot programs around LERs at employers like Walmart, Google, and the Department of Defense, as well as 150 universities. How can the rest of us get involved in adopting this new technology?

“Everyone is welcome to participate in and volunteer to be hopefully a part of this solution,” said Cardenas-Navia, who pointed people to U.S. Chamber of Commerce Foundation, which is supporting the pilot programs as they scale up. For folks at participating institutions now, she calls for them to “get involved, and give feedback—even if they don’t ask you for feedback.” User input at this stage will inform the development of LERs and help make them more useful and more ethical. There needs to be a deliberate approach to how this technology is used, Cardenas-Navia continued, to ensure that this technology is fulfilling its mission.

Questions from the live YouTube chat addressed different groups of workers who are underserved by the current system as well as the security of the technology. One person wanted to know the implications of LERs for today’s global workforce. Cardenas-Navia said she is hopeful that it will allow people who are applying for work abroad to better show off their skills. “If you’re coming from a foreign country and you have on there your competencies, and you know you could have some translated, you could get credit for prior learning, and so you wouldn’t have to worry about explaining what exactly your educational program was,” she said.

As the discussion came to a close, Margonelli prompted Cardenas-Navia to look ahead. “What are the two or three things that you’re really keeping your eye on to make sure that this goes forward in the most socially reasonable and equitable way?”

Cardenas-Navia said the big question after these pilot programs will be if both employers and individuals scale up, and integrate LERs into their process. But what matters most, she said, is clearly defining the value of using the LERs. “That’s still very vague. It’s a great concept, but how will it make my life better? How will it make my life easier? Why should I have one more thing that I have to put my resume into and use?” she concluded. 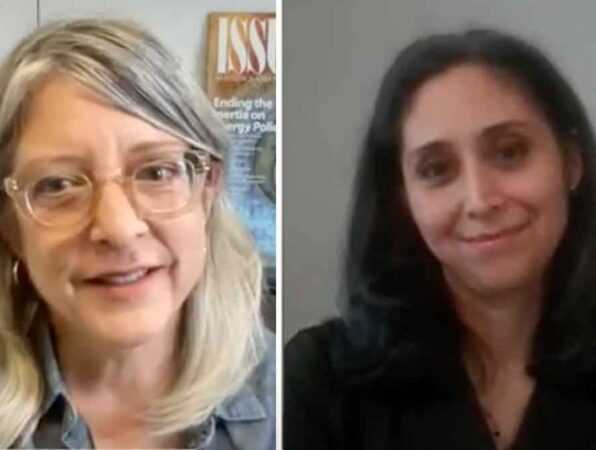 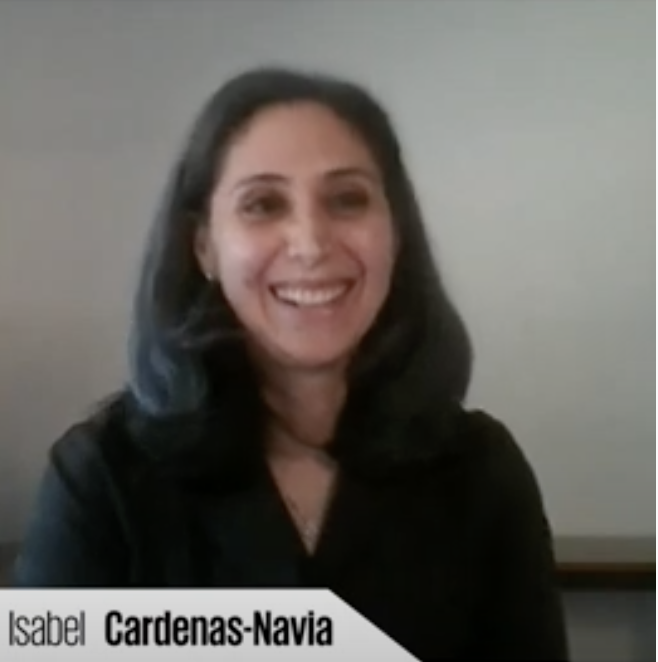 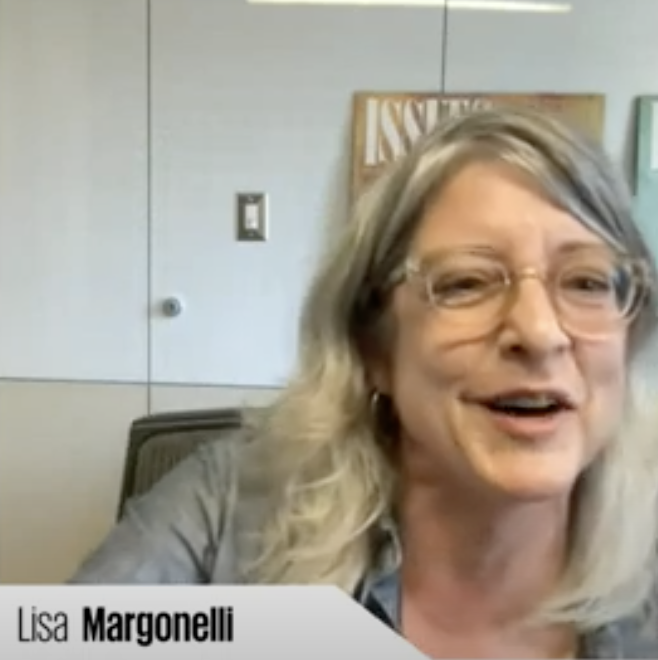