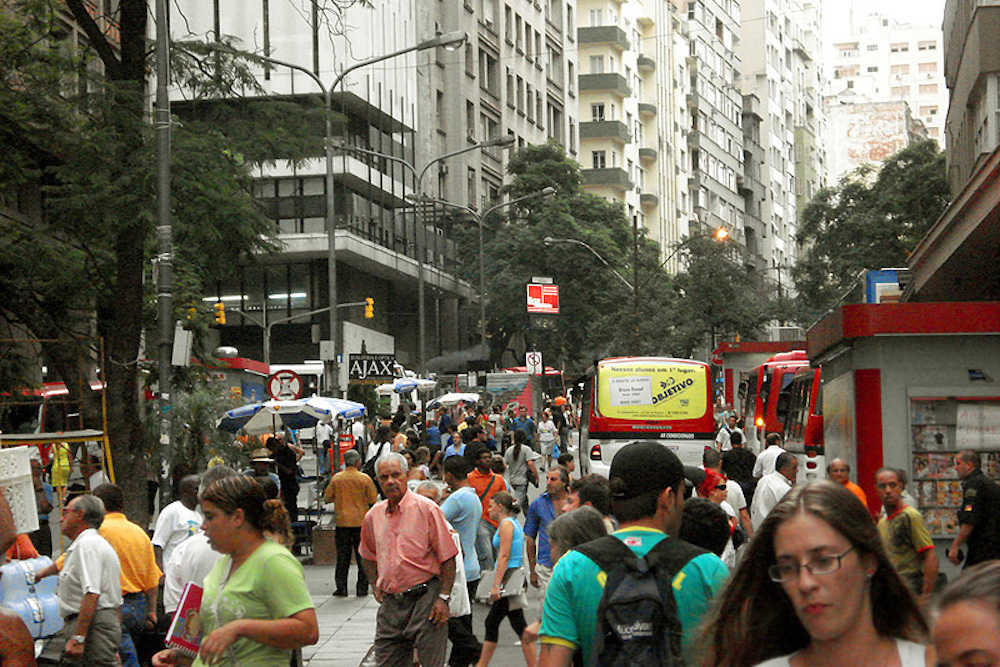 Participatory budgeting has been practiced in Porto Alegre since 1989. Courtesy of Ricardo André Frantz/Wikimedia.

The recall attempt against Gov. Gavin Newsom is being widely—and wrongly—dismissed as a peculiar and illegitimate consequence of California’s strange direct democracy.

The truth is that the recall is very much a piece of a large and desperate global search for tools to hold powerful elected leaders accountable.

You can see the hunger for methods—any methods—to remove faltering officials in every corner of the world.

Recently, for example, a leading Nigerian scholar, Maduabuchi Ogidi of the Alvan Ikoku Federal College of Education in Owerri, wrote in infuriating detail how the democratization of his country has produced ceaseless corruption, misappropriation of public funds, abuse of public office, and books’ worth of unfulfilled electoral promises.

How, he asked, might everyday Nigerians end this cycle and bring accountability to their democratically elected leaders?

Unlike many academics, Ogidi was brave enough to answer his question with a detailed proposal—for the establishment of the National Electoral Campaign Promises Commission, an official body of regular citizens with the legal power to require politicians to fulfill their promises, or remove them from office.

That suggestion may sound fanciful, but it fits a worldwide 21st century revolution in democratic practice. People are inventing tools and processes that allow citizens to intervene and participate directly in governance, with the goal of both collaborating with elected officials and keeping them in check. As places around the globe adopt them, the tools evolve and change.

The recall is very much a piece of a large and desperate global search for tools to hold powerful elected leaders accountable.

Direct democracy—in which everyday people, rather than elected officials, make laws and amend constitutions—has spread quickly from its strong roots in Switzerland and the American West, to localities and regions in more than 110 countries. Participatory budgeting, a process first created in Porto Alegre, Brazil in 1990, is now used by citizens on six continents to decide local budgets. Citizens’ assemblies, which bring together representative groups of regular people to examine some question or solve a problem, have roots in 1970s Germany and Minnesota. They’ve become popular ways to let regular people grapple with big questions; French citizens assemblies, convened in response to protests against a fuel tax, recently recommended major changes to that nation’s climate laws, including tougher emissions standards.

Countries are undertaking more novel experiments as well, like the European Union’s “Home Parliaments,” in which people gather in small groups, online or in person, to come up with recommendations for top continental officials. And there’s growing interest in places like Indonesia—the world’s third-largest and most diverse democracy—in applying non-Western cultural decision-making to modern democratic processes.

This focus on citizen participation represents a significant advance from 20th century democratic reforms, which tended to focus narrowly on improving election processes. But this progress also perversely coincides with growing authoritarianism in many nation-states. Autocratic leaders from Turkey to Russia to the Philippines have been willing to tolerate local democratic tools—especially participatory budgeting and related processes—as long as they don’t challenge their power.

That raises essential questions. Can 21st century tools be scaled up in ways that protect and extend democracy at the national level? And can such tools, used in concert by localities around the world, inspire more international democratic decision-making on climate, economy and public health?

In this context, Professor Ogidi’s idea of a National Electoral Campaign Promises Commission is intriguing, especially if it turns out to be more than an academic whim. He argues that the commission should empower citizens in various ways, including holding hearings to see if politicians have kept their word. But he also suggests going further, to allow citizens to impose real legal punishments against political promise-breakers. That’s a risky suggestion in a country with a considerable history of political violence.

To truly change nations or states, to truly hold democratic officials accountable, the tools of participatory democracy will have to be improved and made more powerful. (The Newsom recall has sparked some ideas). But, more important, the people who use tools of democratic accountability will have to be skillful, and courageous.