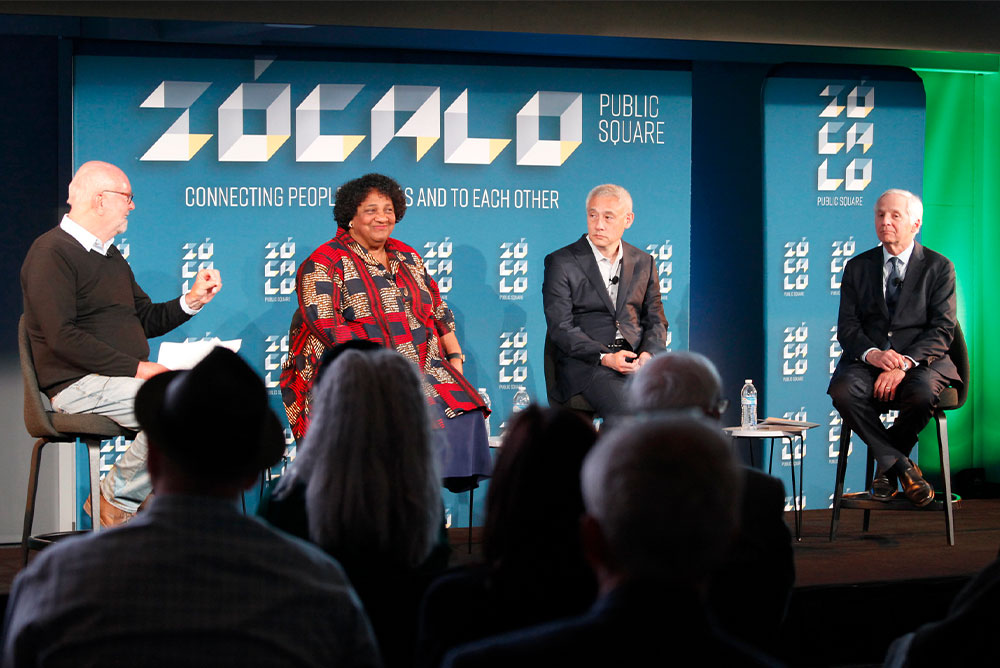 While majorities of Democrats, Republicans, and independents in California agree that the state’s system of direct democracy is a good thing, they also agree that it needs some fixing, especially to keep big money and organized special interests from having too much influence in the process.

But how to do that?

This was the meaty question of last night’s panel, “Is This What Direct Democracy Looks Like?” The Zócalo event, in partnership with the Berggruen Institute, the Public Policy Institute of California, and the Pepperdine School of Public Policy, was a searching conversation into how to democratize direct democracy.

“When I go around the world talking about this topic of today’s discussion, there’s one of two kinds of audiences,” said moderator Nathan Gardels, editor-in-chief of Noēma and co-founder of the Berggruen Institute. First, there are those without a voice who desperately want direct democracy. Second, there are those who do have direct democracy, but want to fix its “considerable flaws.” This is where we are in California today, he said, a place where you can see it all—the “good, bad, and the ugly”—of direct democracy.

“I’ve seen the ugly,” said California Secretary of State Shirley Weber, who called attention to the problems of statewide ballot initiatives that appear on November ballots.

“We publish a lot of material,” she said, “and somehow, we’re still not getting the information to the people who need it, and people still feel overwhelmed and frustrated.”

Part of the problem is that there is a communication gap, she said, but the other issue is bad actors: “We have folks who come in with lots of money and pay for all the ads in the world, and twist peoples’ minds and they end up voting against things that they normally would never have voted against.”

“If it were up to me, I wouldn’t do propositions at all,” Weber continued. “It’s very easy for those with tremendous amounts of resources to manipulate [initiatives] and undo years and years of community engagement, conversation, [and] action on behalf of community.”

But many Californians prefer to have the final say on legislation, even if it undoes years of work. Public Policy Institute of California president and CEO Mark Baldassare shared new polling data the institute collected after revisiting a number of questions they asked years ago about the public’s attitudes toward direct democracy.

According to the surveys, there’s agreement that direct democracy is a good thing, but it needs to change. Two-thirds of Californians say that there’s too much special interest influence in elections. A majority of Californians in the survey also believe initiatives are too confusing and complicated.

What people are looking for, said Baldassare, are initiatives with some bipartisan consensus—”that this is the best thing possible for everybody in the state, not one interest or another.” That’s why of the approximately 400 ballot measures introduced in the state, only about one-third of the time they pass, he said. “If there’s anything that gives them some doubt about it—and it’s very easy to create doubt about these things, especially in this age—they will vote no,” said Baldassare.

John Matsusaka, Initiative & Referendum Institute president and author of Let the People Rule, agreed that one the biggest challenges when it comes to running direct democracy is getting the electorate sufficiently informed.

‘Our process should be better, more effective, get to the people the information they need, and hopefully make some changes that folks believe in,’ said Weber.

“If people were perfectly informed, special interests could spend as much as they want, it wouldn’t really matter,” he said.  To make direct democracy work, we must “make sure we get as much information out to the voters as we can.”

Panelists also discussed how to improve the quality and accuracy of official titles and summaries of ballot initiatives, which are now written not by citizens but by the state attorney general, who is an elected official. As an example of the problem, Matsusaka cited Proposition 6, which proposed to repeal an increase in fuel taxes and vehicle fees but became a flash point; it was confusingly titled “Eliminates Certain Road Repair and Transportation Funding. Requires Certain Fuel Taxes and Vehicle Fees be Approved by the Electorate.”

“If we want voters to make informed decisions, we have to give them an objective title. That’s step number one,” said Matsusaka.

Weber and the panelists also discussed in detail various ideas to change the recall process, after the failure of the 2021 attempt to recall Gov. Gavin Newsom.

But one good thing about the recall ballot, Weber noted, was that it was simple because it only had two questions:

1. Do you want to recall the governor (remove him from office)?

2. If the governor is recalled, who do you want to replace him?

Weber said that record numbers of people turned their recall ballots early—“because they knew how to handle the ballot.”

Weber suggested that the ballot is too crowded today. “People don’t want more initiatives. They want to understand what’s on them.”

“Our goal, she continued, “should be to have initiatives that address issues that people think are important and that people understand.”

Weber said her office is looking into what it will take to do that. Among the models they are looking at is the citizens’ initiative review process in Oregon and other states, in which everyday voters, chosen through a process that involves randomization and sortition, hold hearings on measures, and write short summaries for voters.

“Our process should be better, more effective, get to the people the information they need, and hopefully make some changes that folks believe in,” said Weber.

Baldassare agreed. “There’s got to be something other than the commercials on television on the yes and no side.” He found in the most recent PPIC poll that 77 percent of Californians would support an independent citizens review commission. To Baldassare, what the polling is saying is that “citizens need to be involved.”

Before the conversation wrapped, Baldassare pointed out “one thing about our direct democracy system in California today that’s good”—the number of people who are registering to vote and casting their ballot. He also pointed out that it’s easier to vote than ever, including via Assembly Bill 47, which ensures that everyone gets a ballot in the mail in every future election.

Baldassare brought along his own ballot for the spring statewide election, and help it up to applause from the audience, watching live from the California ASU Center in the Herald Examiner Building in downtown Los Angeles and via a livestream.

“This was something that came out of the tragedy of the pandemic,” Baldassare said of the mail balloting.

“Direct democracy can’t work if people aren’t participating as a democratic institution. We have that today in California,” he said, making reference to 2021’s recall, “in which the winners and losers with grace and dignity believed the results in that election” and saw high participation among voters.

Looking ahead, he said, “that’s something that we can now build on.” 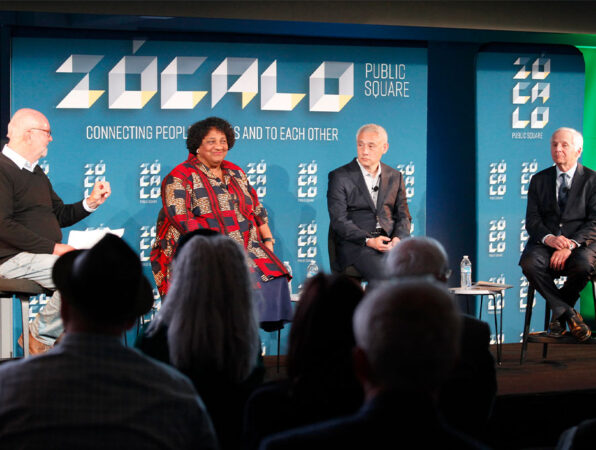 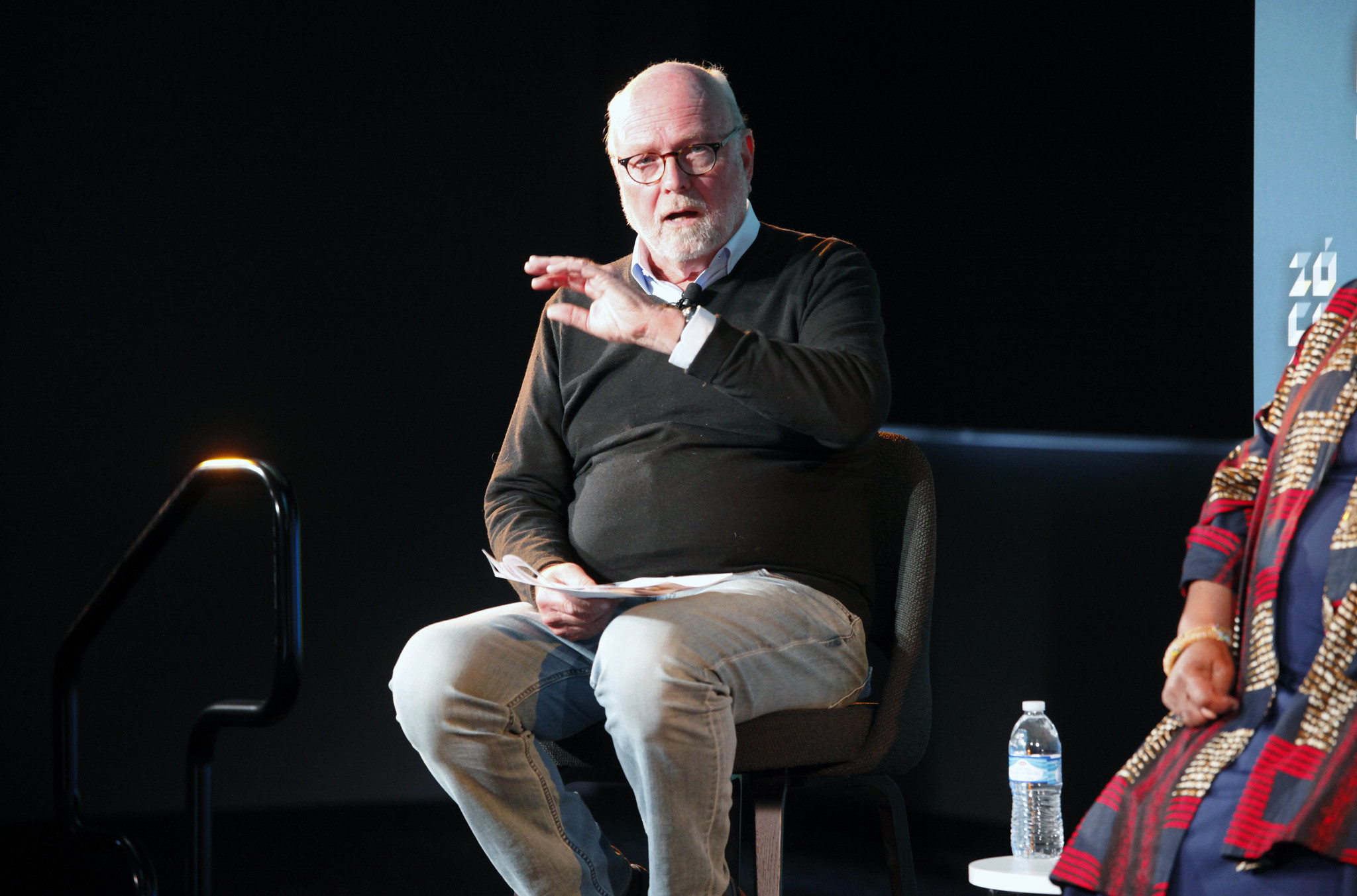 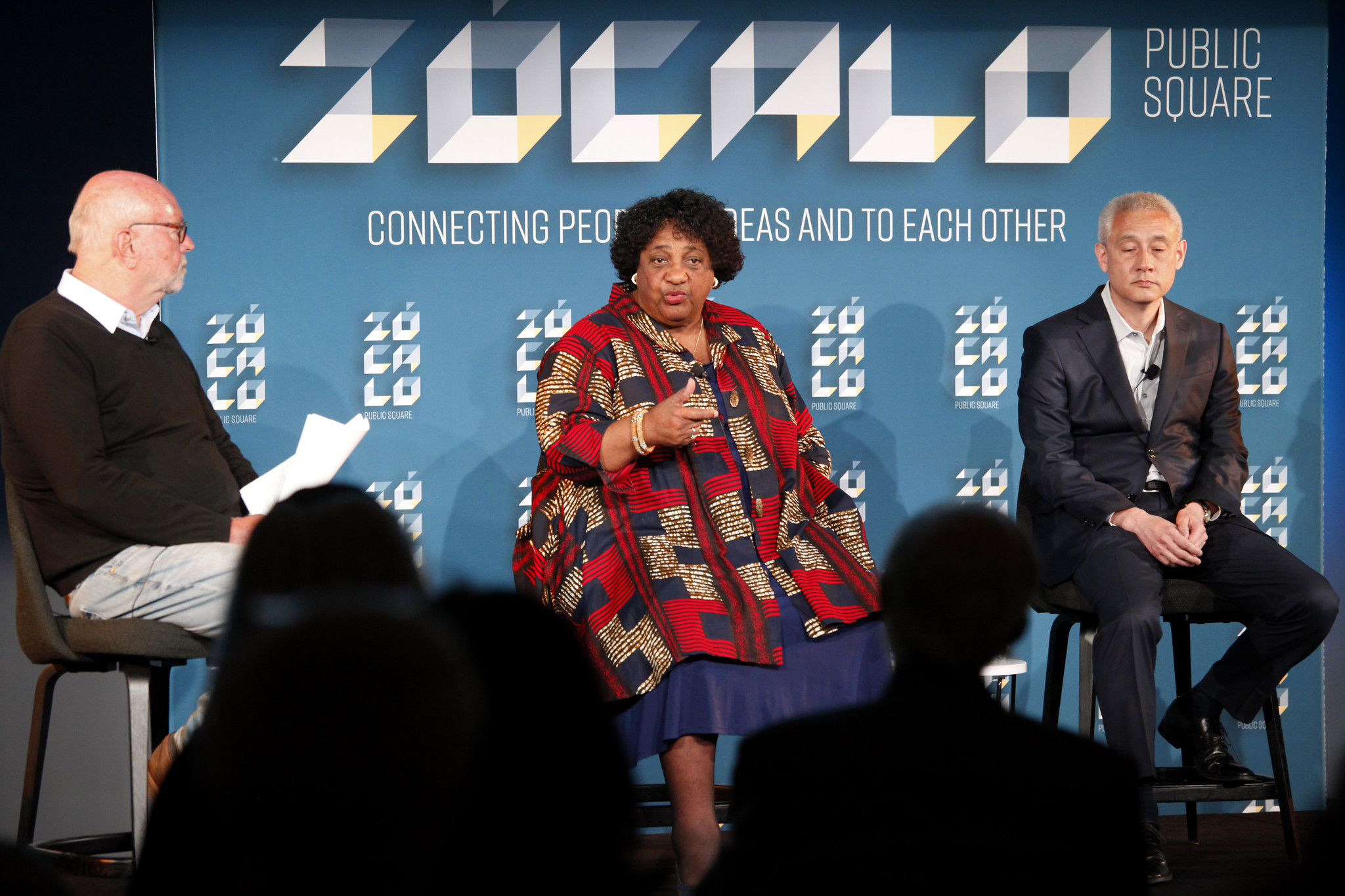 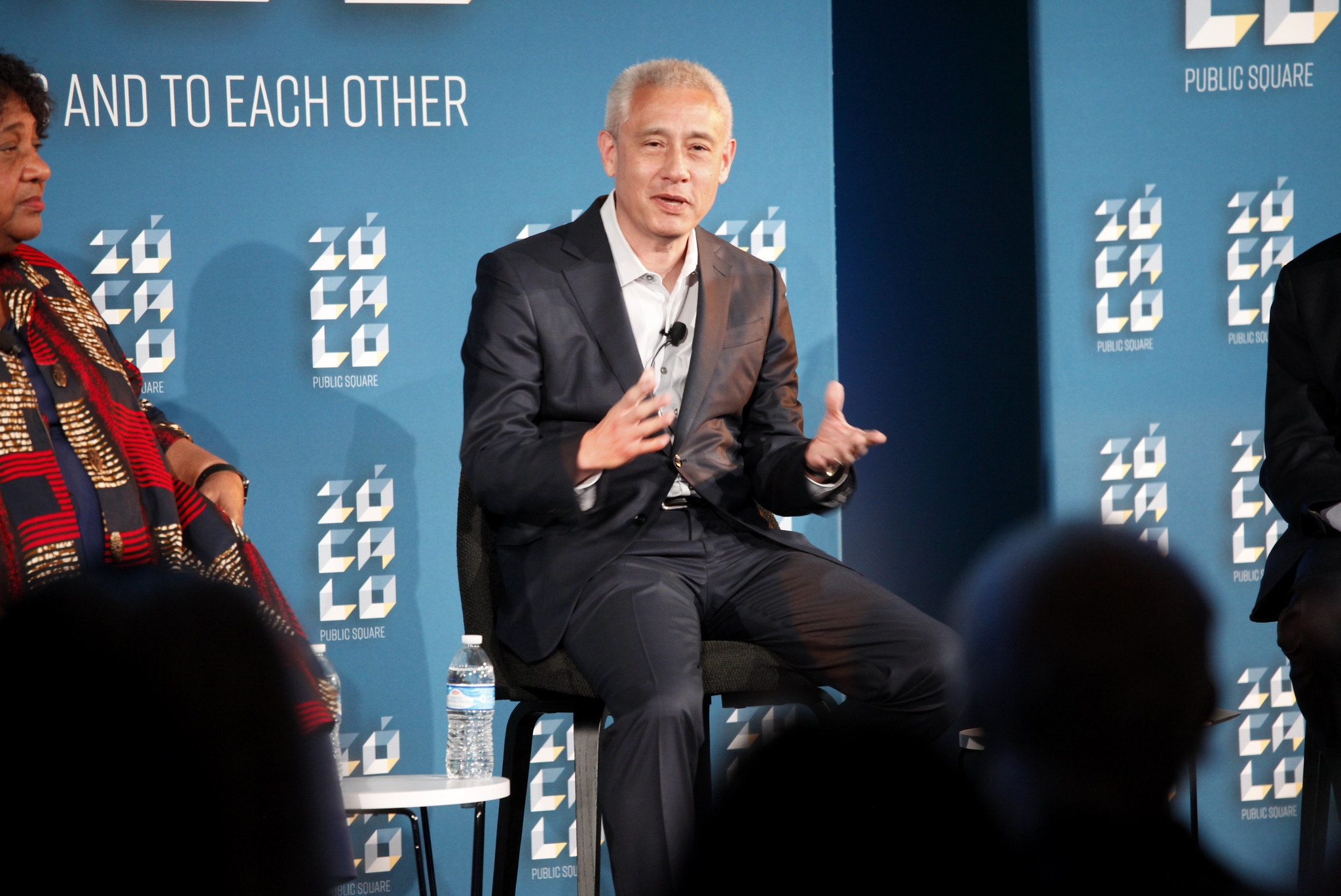 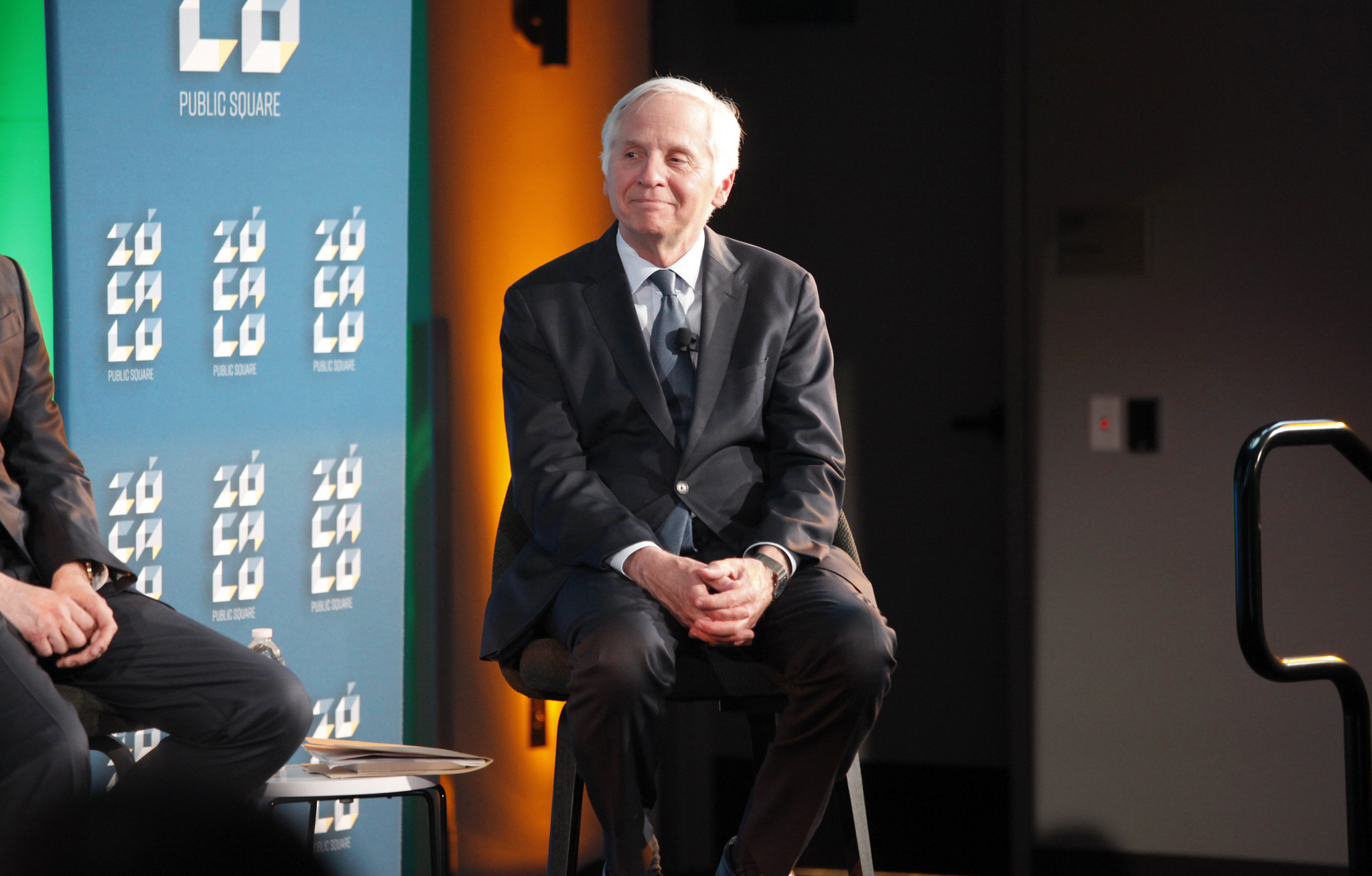 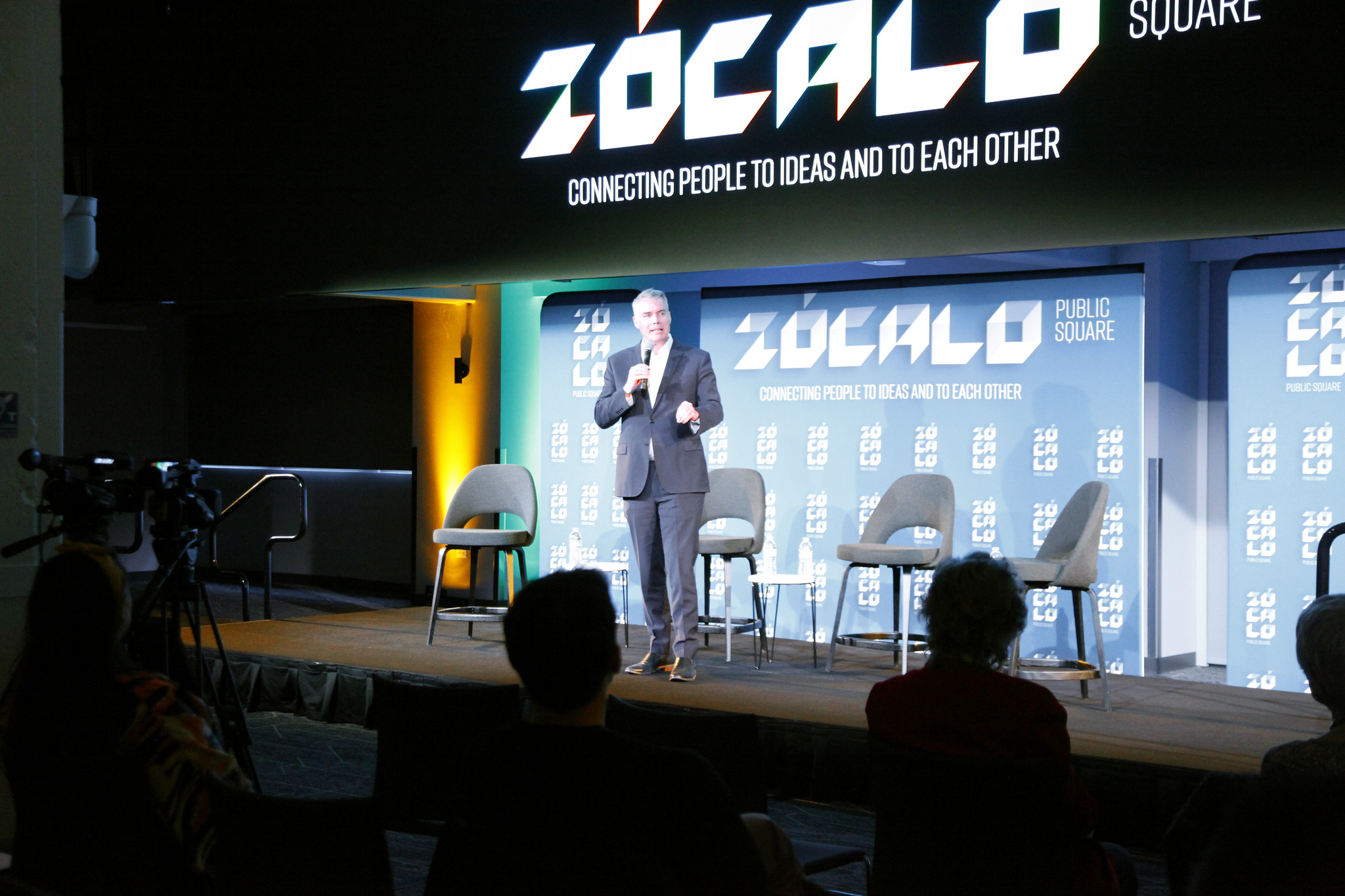 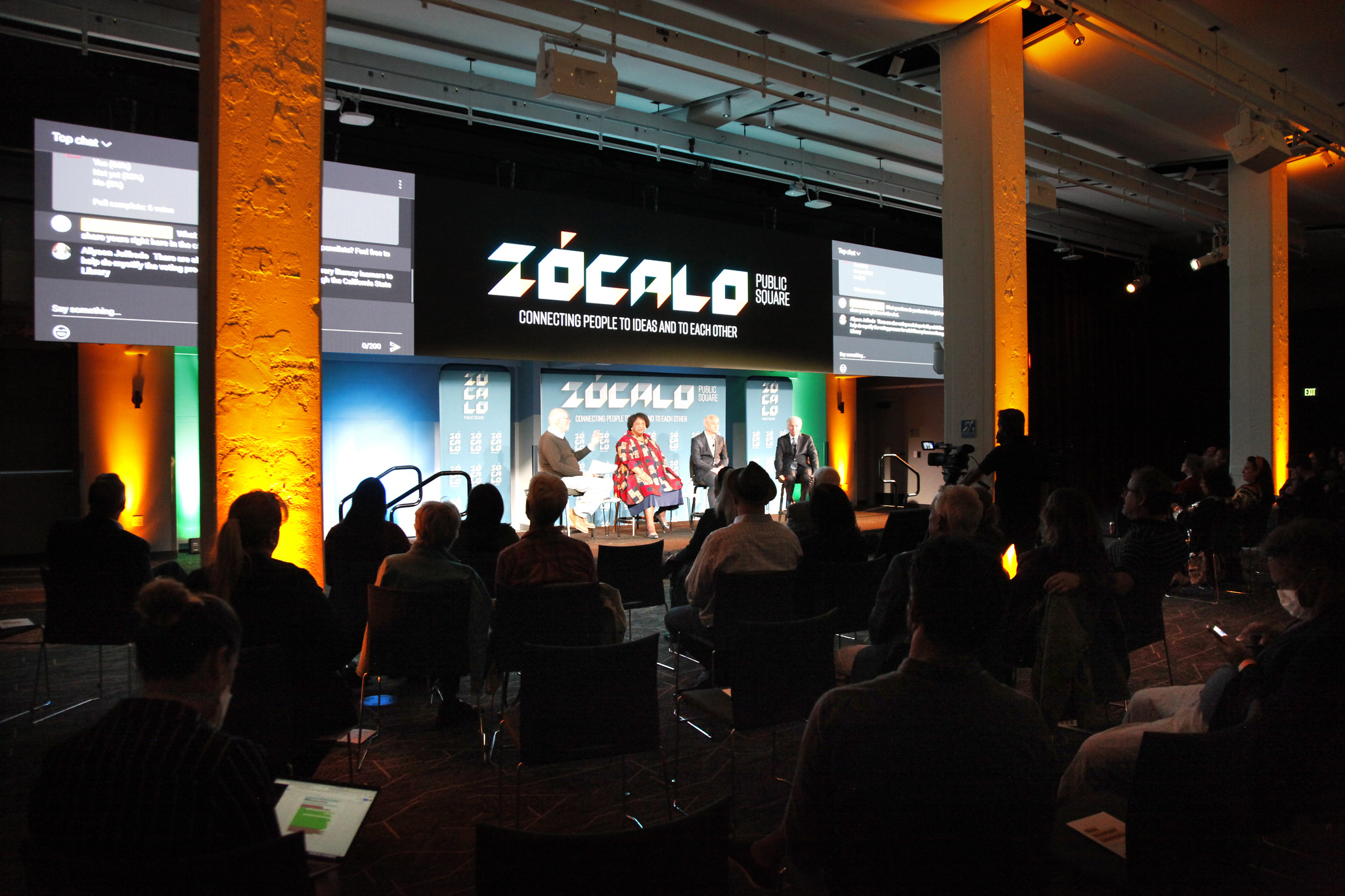 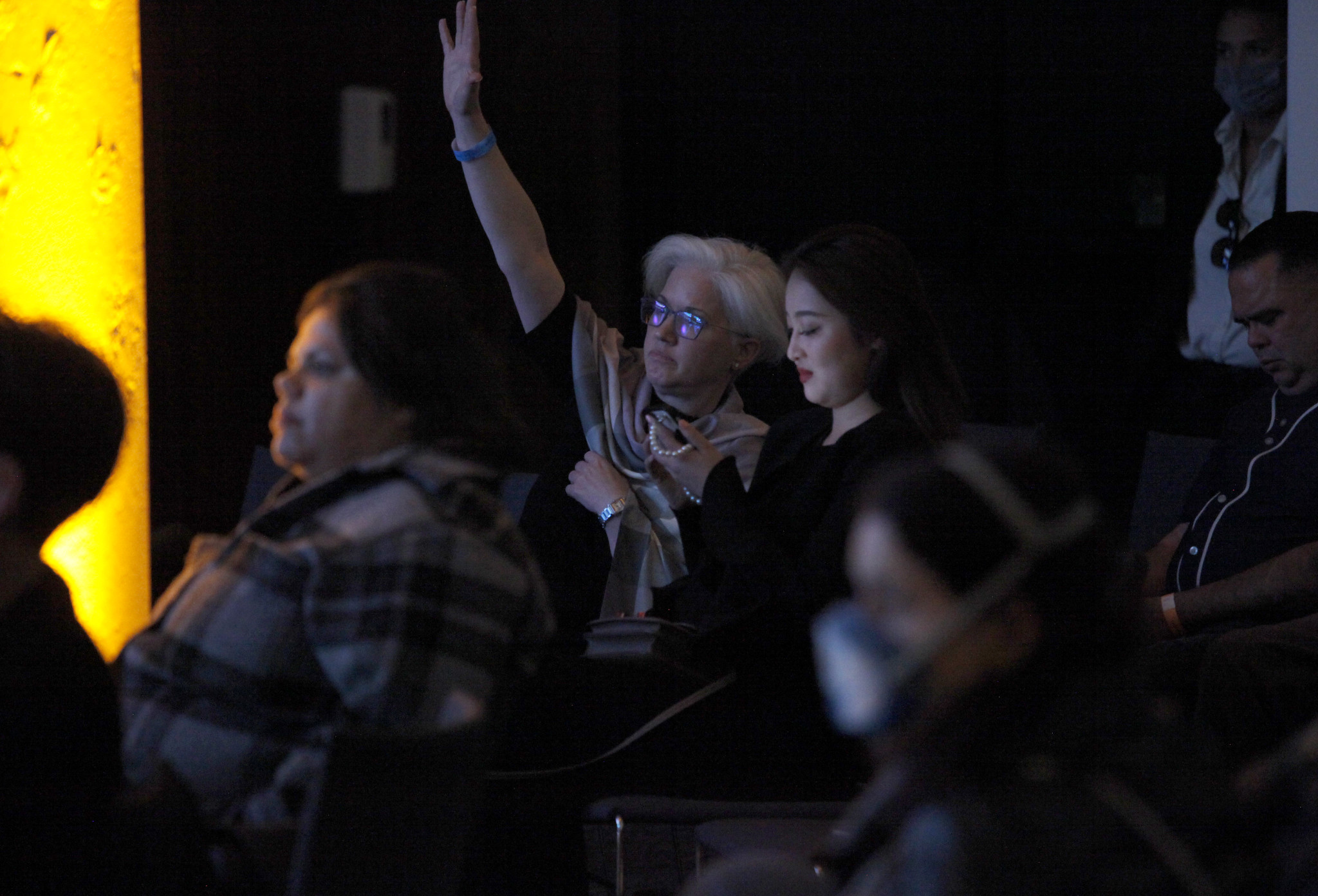 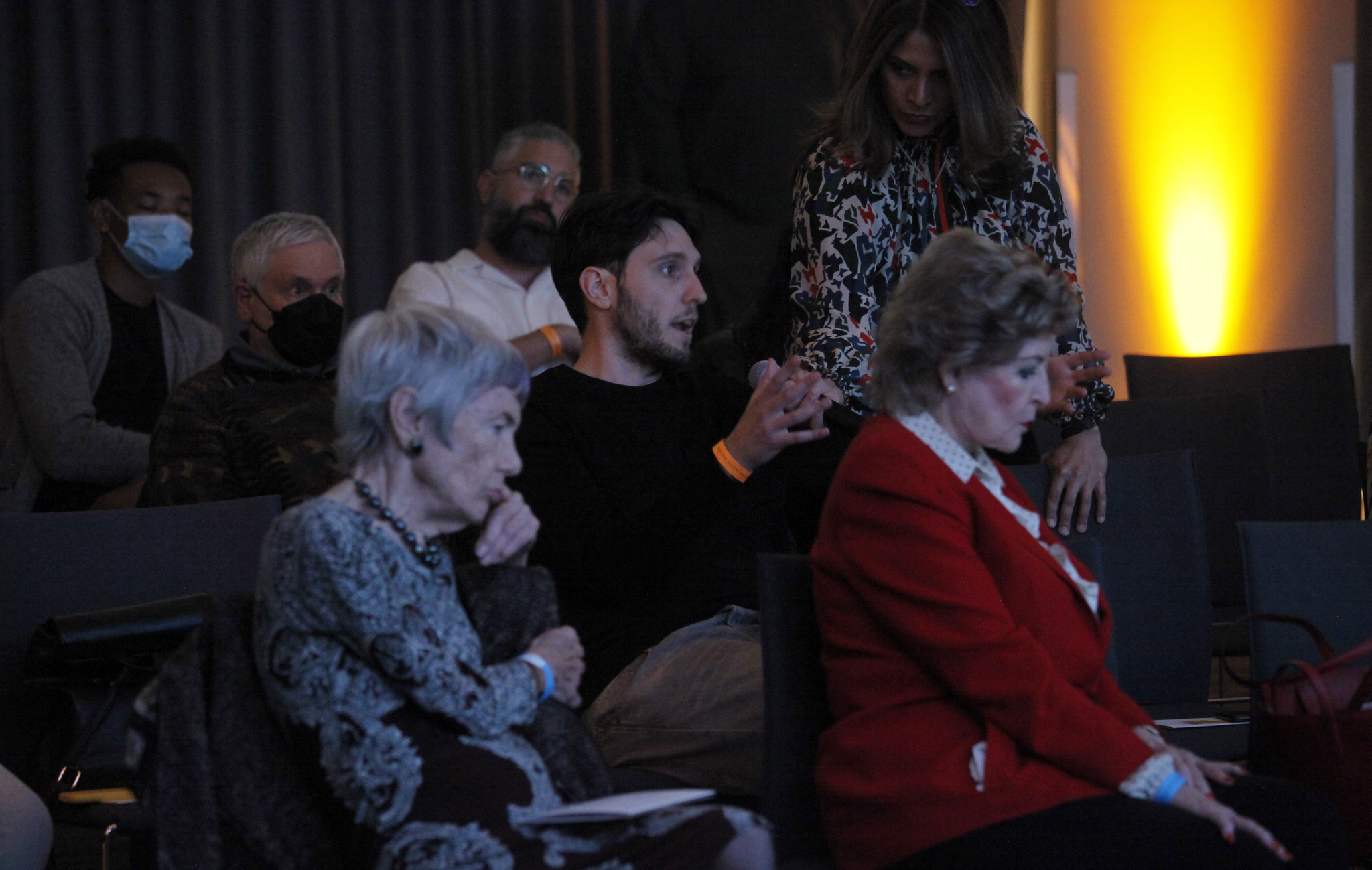