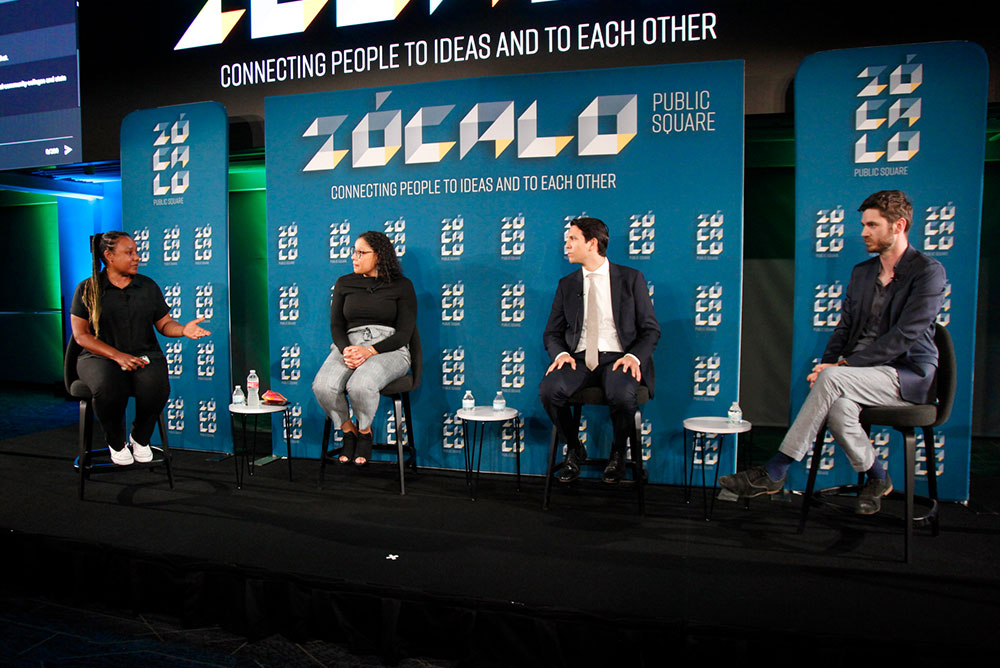 As the primary election for Los Angeles’ next mayor nears and narrows, Zócalo, together with Creating Our Next L.A., convened a panel to answer the question on every Angeleno’s mind: “What Do We Want From the Next L.A. Mayor?” The event was held at ASU’s California Center in downtown Los Angeles, the city’s political and commercial hub.

With so many big issues looming—from the homelessness crisis to racial and economic inequality to climate-related disaster preparedness—the panelists agreed that this mayoral election will be pivotal for Los Angeles.

But what are we talking about when we say Los Angeles? KCRW’s Janaya Williams, who moderated the conversation began by getting a sense of which Los Angeles the panelists know. She began, sharing her journey, which began north of the city in Santa Clarita. She came of age in Santa Monica during the L.A. uprisings, and just returned back to Los Angeles after logging more than two decades on the East Coast. That history, she said, informs what she wants from the next mayor.

USC political scientist Ange-Marie Hancock Alfaro, came to L.A. after her sister moved out here, and then the rest of her family followed.

“The sense of Los Angeles that I’ve had is that it is a town of neighborhoods,” said Hancock Alfaro, “and a place where there are a lot of people who are committed to Los Angeles but committed to a lot of other things.” The need to balance the local with a sense of global issues is paramount for any leader of L.A.

The need to balance the local with a sense of global issues is paramount for any leader of L.A.

Fellow panelist Rafael De La Rosa, who is from Ventura—“the 805”—has spent the last five years at California State University, Northridge, where he is the government and community relations assistant vice president. De La Rosa agreed that L.A. is made up of distinct communities, but he also insisted on its cohesion: “All the issues in the Valley are the same issues in Los Angeles. There is no longer this ‘over-the-hill,’ Valley-centric view.”

Taylor Bazley is CEO and co-founder of Green Qween, a cannabis retail space that prides itself as an incubator for ideas of social justice. Bazley said he followed the 405 North to L.A., coming up originally from San Diego. “I’m really steeped in the LGBT political world of Los Angeles, and that perspective is something that has really colored my relationship with L.A.”

Williams then turned to the issues, asking Bazley as a business owner what he’s looking for in the next mayor when it comes to balancing budget priorities alongside social justice. They shouldn’t be separate, said Bazley, pointing out that “a budget is a statement of your values as a city.” Take one of the biggest stories in Los Angeles and across the country: police funding. “That will be a litmus test” for the next budget, said Bazley—it will tell the story of how the city’s thinking around policing has or has not changed. 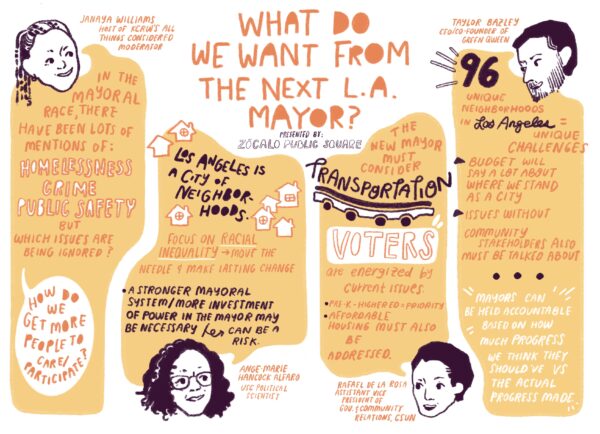 What issues have been overlooked in the mayoral campaign so far? Williams asked the panelists.

Their responses ranged from transportation—De La Rosa citing the mayor’s power to appoint seats to LA Metro’s board, whose Sepulveda Transit Corridor Project is the largest infrastructure project since the Hoover Dam—to issues that don’t have large and active stakeholder groups, like aging water pipes.

All the panelists agreed that Los Angeles hosting the 2028 Summer Olympics poses an opportunity to get things done under the spotlight. Hancock Alfaro pointed to a project she is working on with different neighborhood councils to alleviate some of the biggest racial equity issues around housing, education, transit access, and public safety. She said she would like to see the candidates address how they would approach these issues so that “we’re not just sweeping it under the rug like we did at the Super Bowl … that we’re actually making a difference.”

Prompted by an online audience question on mayoral power, Hancock Alfaro described L.A.’s weak mayoral system relative to the City Council, and said that a stronger mayor could have more leverage when it comes to issues from homelessness to transportation. They could say “not on my watch,” she said. However, the risk with a stronger mayor is that one person from one part of L.A. can “lose sight” of issues impacting parts of L.A. that they’re less beholden to.

The conversation, then, turned to the voters. When it comes to voter registration and turnout, everyone agreed that universal vote-by-mail, 11-day vote centers, and newer voting machines have all made a difference. When it comes to making a change outside of voting itself, De La Rosa called attention to community town halls and council meetings to give voters a more direct forum to participate and effect change on the issues they care most about.

The penultimate question of the night came from a student participant of Creating Our Next LA:

What is one piece of advice you’d give to someone voting for the first time to help them choose the right candidate?

The panelists agreed that it comes down to values. “Decide which candidate speaks to your particular values and inspires you,” said De La Rosa. 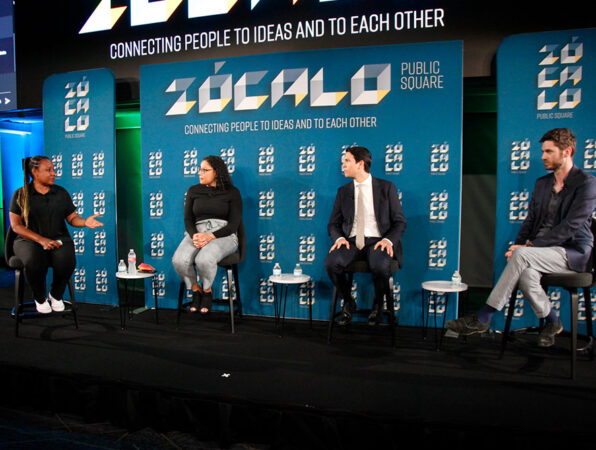 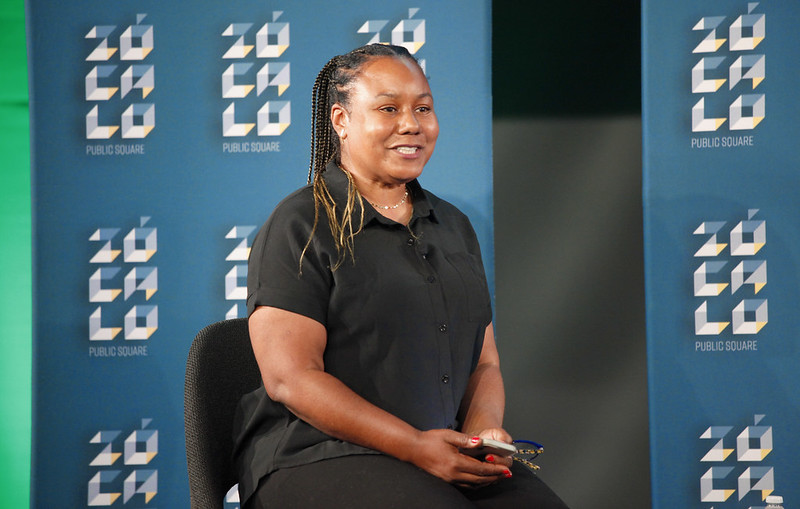 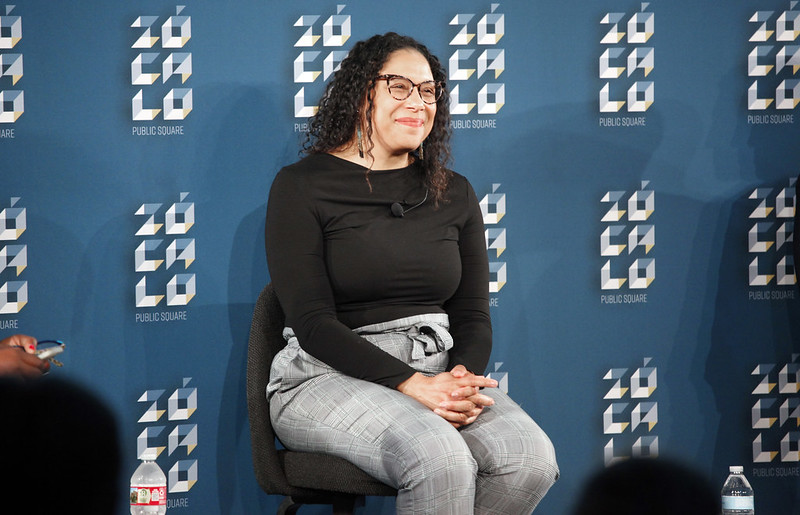 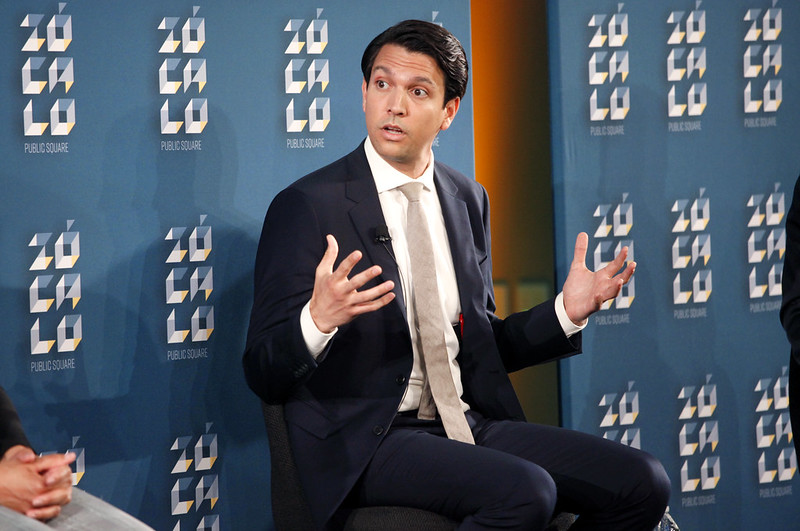 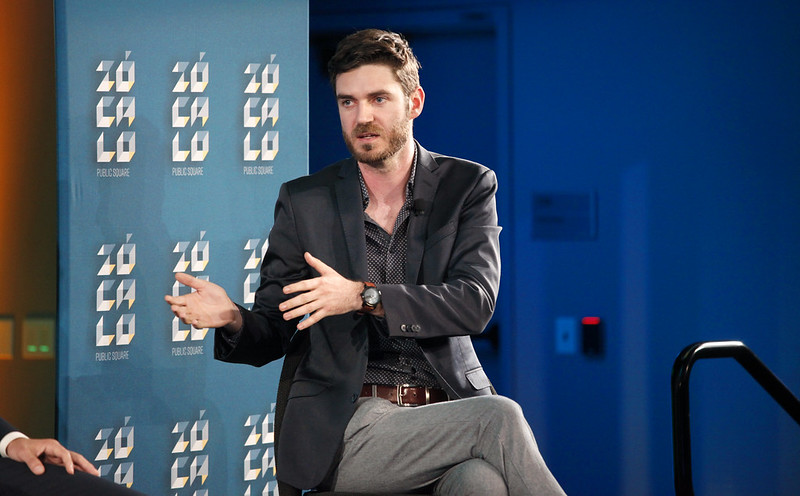 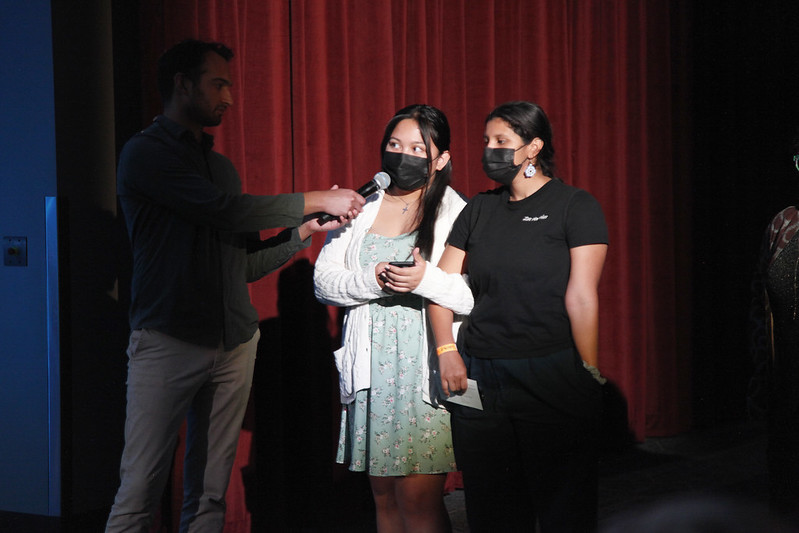 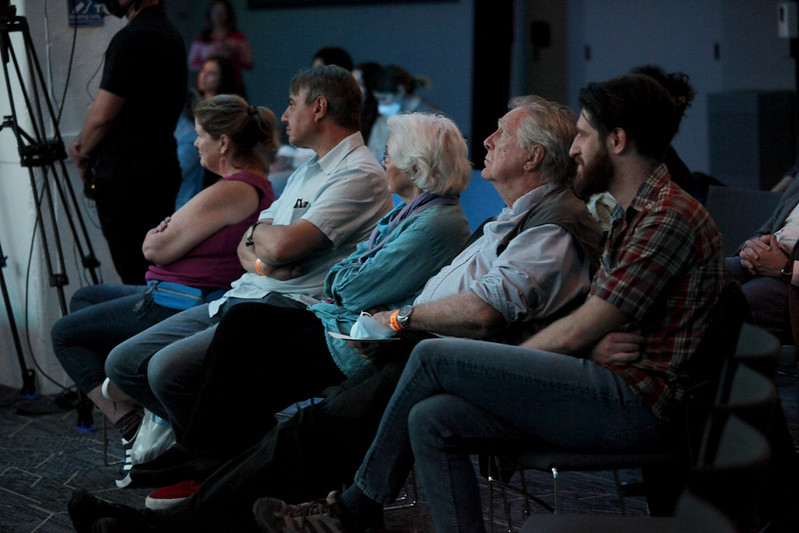