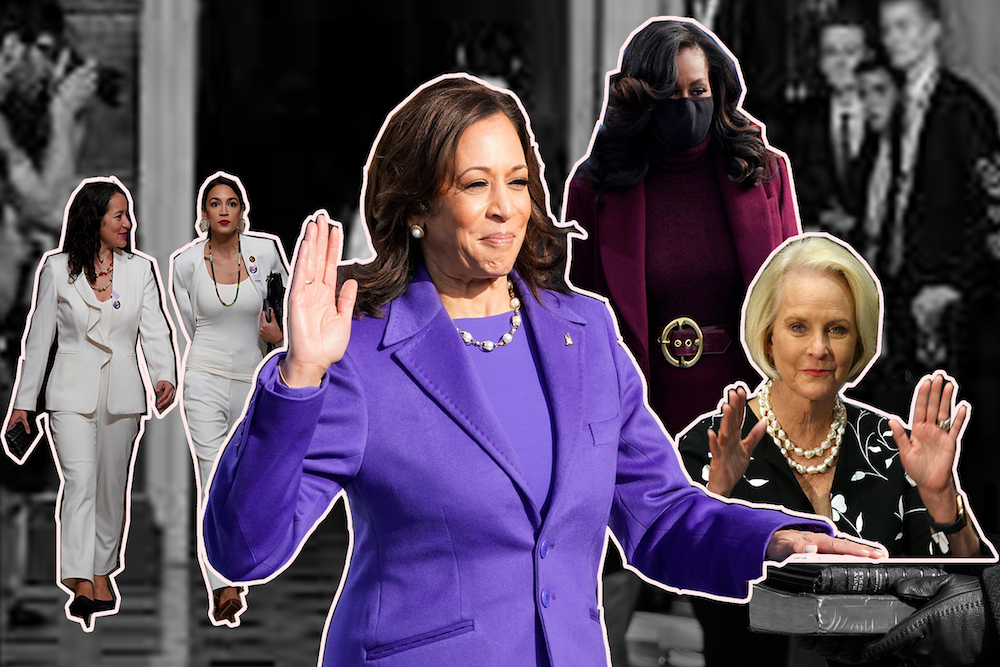 A new, bold generation of women leaders is ascending in America. They haven’t entirely ditched the pantsuit, but they have embraced eye-catching colors, up-and-coming designers, and statement-making clothes and accessories. Which means these women have also opened themselves up to the risks—and rewards—inherent in such choices. This past election cycle had no shortage of iconic fashion moments, from Vice President Kamala Harris accepting victory in suffragist white to Michelle Obama’s “VOTE” necklace (by Los Angeles designer BYCHARI) going viral. Meanwhile, the fashion industry itself is being called on to take stronger political stances and right wrongs, past and present, particularly when it comes to issues of race, labor, and gender. Are we entering a new era of intertwined fashion and politics—and if so, what does it mean for these industries and institutions, and for the rest of us? What can the history of women and fashion in the political arena teach us about the perils and potential of statement-making—and sometimes barrier-breaking—style?

Studio One Eighty Nine co-founder and president Abrima Erwiah, fashion designer Bibhu Mohapatra, and fashion historian and author Kimberly Chrisman-Campbell visit Zócalo to discuss the past and present of women’s fashion in American government, and what’s next.

One hundred years after the passage of the 19th Amendment, Zócalo and the Natural History Museum of Los Angeles County present When Women Vote, a four-event series.