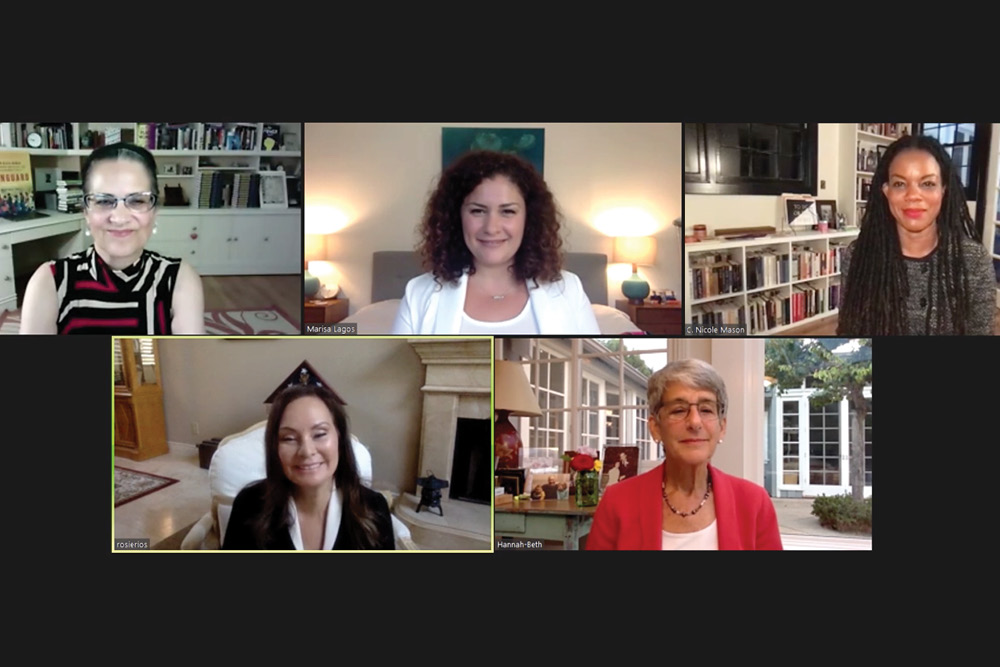 The image of California state Assemblymember Buffy Wicks holding her 4-week-old baby on the legislative floor earlier this month after her request to vote by proxy was denied loomed over last night’s discussion on women and power in America. It was the second event in a three-part virtual series, When Women Vote, presented by Zócalo and the Natural History Museum of Los Angeles County and streamed on YouTube, Facebook, and Twitter.

While women make up 51 percent of the U.S. population, they remain underrepresented across the board when it comes to positions of leadership in politics and across the public and private sector. The visceral shot of Wicks wearing a mask and a baby carrier seemed to cut directly to the heart of the evening’s central question: “Why Don’t Women’s Votes Put More Women in Power?”

The moderator for the discussion, Marisa Lagos, KQED’s California politics and government correspondent, recalled seeing Wicks and thinking about taking her own infant to the 2016 Democratic Convention. Is the pandemic pulling back the curtain on choices like those she and Wicks had to make, “a good thing in terms of power and convincing people you need to have a seat at the table—but you might need to have a high chair next to you?” Lagos asked the panelists.

“I really think women are fed up, and we’re in a moment of an awakening,” said panelist C. Nicole Mason, president and CEO of the Institute for Women’s Policy Research. “We understand the issues,” she said, and the fact that systems are broken. “It’s the how: How do we get to a better place? How do we get to a workplace, a society, and an economy that values women as workers, as primary breadwinners in some cases, intellectual equals, powerful women, and leaders?”

California State Senator and author of the California Fair Pay Act Hannah-Beth Jackson, another panelist, shared that one of the reasons Wicks was on the floor that night was to vote on a bill that Jackson had put forward to expand paid family leave. The bill required a simple majority of 41 members to pass. “We got there only with three minutes literally left to spare in the legislative session,” Jackson said. More legislation, she argued, that is “reflective of the fact that women are indeed in the workforce and are valued in workforce” is needed to create a culture shift. “We have to change the laws. We have to change the mindset.” She added that it’s “having more women at the table in the room where it happens that’s going to help transform this.”

That’s a philosophy fellow panelist, Rosa “Rosie” Rios, the 43rd Treasurer of the United States, has worked hard to realize. As head of the Treasury Department during the Obama administration, Rios initiated and led efforts to place a woman on U.S. currency for the first time in more than a century.

Rios recalled her first days in the Treasury Department. “I walk in there, first female confirmed, and there’s no nursing room,” she said. “I’m started to notice women who were supposed to come back from maternity leave weren’t coming back. And I’m thinking, what century did I just walk into?” Rios ended up using her own budget to create a nursing space in the building (something that the Affordable Care Act of 2010, she pointed out, would eventually mandate for every federal facility).

“I really think women are fed up, and we’re in a moment of an awakening,” said panelist C. Nicole Mason, president and CEO of the Institute for Women’s Policy Research.

The first step to making change is to recognize what’s missing, said Rios. “That was the beginning for me on this journey I continue on today in how every one of us can make a difference in how we think about facilitating a more inclusive environment,” she said.

Johns Hopkins University historian Martha S. Jones, author of Vanguard: How Black Women Broke Barriers, Won the Vote, and Insisted on Equality for All, brought a longer perspective to the night. Circling back to the image of Wicks—“a woman lawmaker in the 21st century bringing her child into the chamber”—Jones said it made her “think about enslaved women who were required to leave their children in order to care for the children of others. These are complicated, interwoven stories,” she said.

Building a more equitable path forward requires taking centuries of diverse women’s experiences into account. “Early history reminds us that we have been here before, and we know how to do better,” Jones said. “I hope we take lessons from that past and the ways in which silences are often built into our stories to tell stories that are more inclusive and more reflective of who we are as a diverse community of women in the 21st century.”

As the night went on, the discussion roamed between past and present, Congresswoman Shirley Chisholm—the first woman and the first African American to run for the nomination of a major party for president—and Kamala Harris’s vice presidential nomination.

“There’s a question about how to measure or weight the significance of her nomination as one measure of women’s process,” said Jones. “In my view, it would be a mistake to suggest it took 100 years for a Black woman to ‘make it’ onto the Democratic party ticket as a vice president.” Considering that it’s only been 55 years since the Voting Rights Act, she said, “Harris’s rise to power is in part a reflection about how in a short half-century-plus, Black women, despite the impediments, have built an extraordinary degree of political power, political life, political force in this country.”

The historian added that it’s also notable that Harris was one of six Black women to be vetted seriously for the ticket. “Senator Harris is the candidate, but she alone doesn’t tell the story of how Black women get from 1965 to 2020 in such an extraordinary fashion.”

During a question and answer session with the audience, the panelists spoke about the need for building a women’s base that cuts across lines of race, class, gender identity, and sexuality.

“We all know when the doors of opportunity and access swing open, many of the women who face different kinds of barriers are the last ones to come through the door. The 19th Amendment is a prime example of that,” Mason pointed out, with a nod to the 100th anniversary of its passage, which inspired the When Women Vote series.

But there’s an opportunity in this moment, she said, to build a more inclusive coalition. “I’m optimistic as we think about the pandemic and the economy and working women and all of these things—Kamala Harris, and this moment,” Mason continued, “that we are able to find some of this common ground but not [lose] sight of those differences that are also important in shaping women’s lived experiences.” 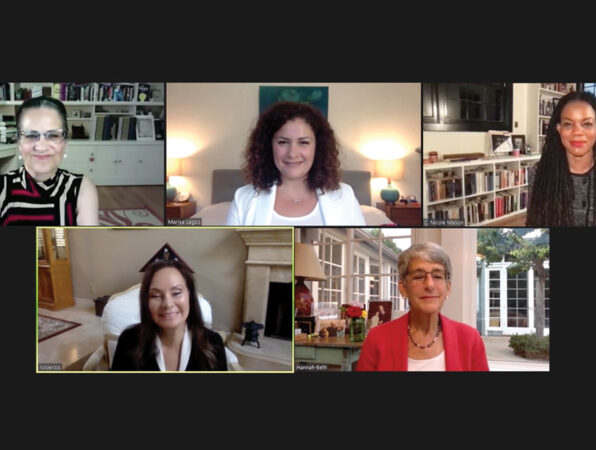 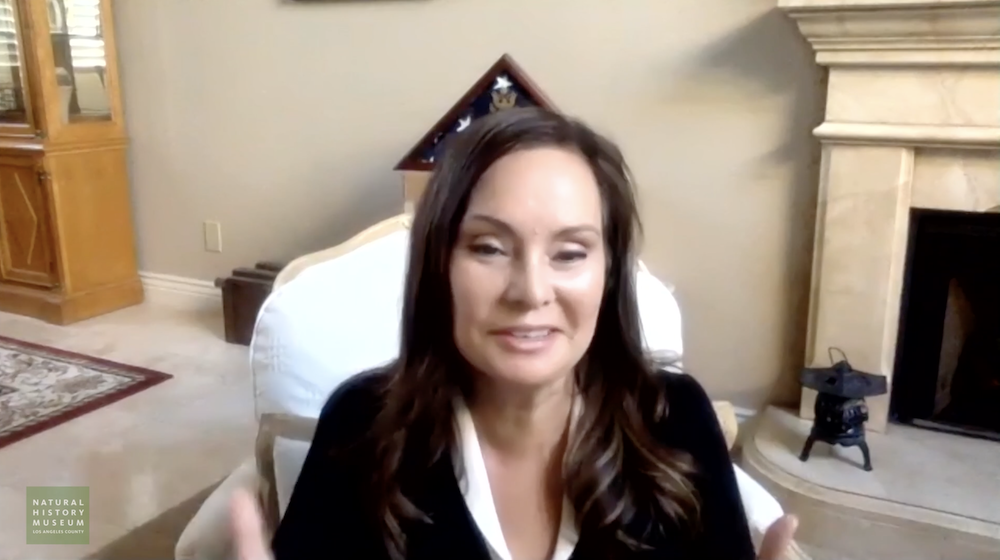 Rosie Rios, the 43rd Treasurer of the United States 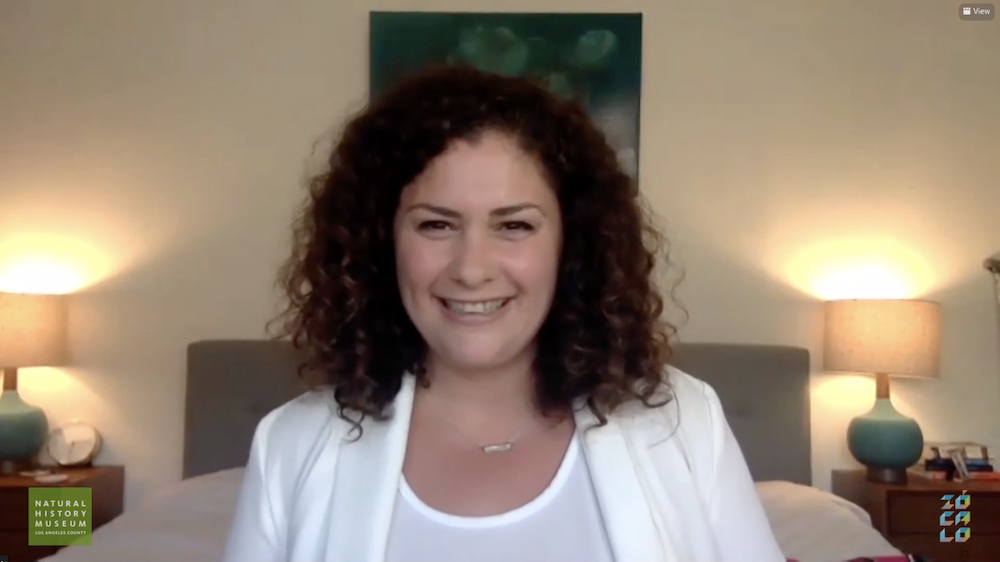 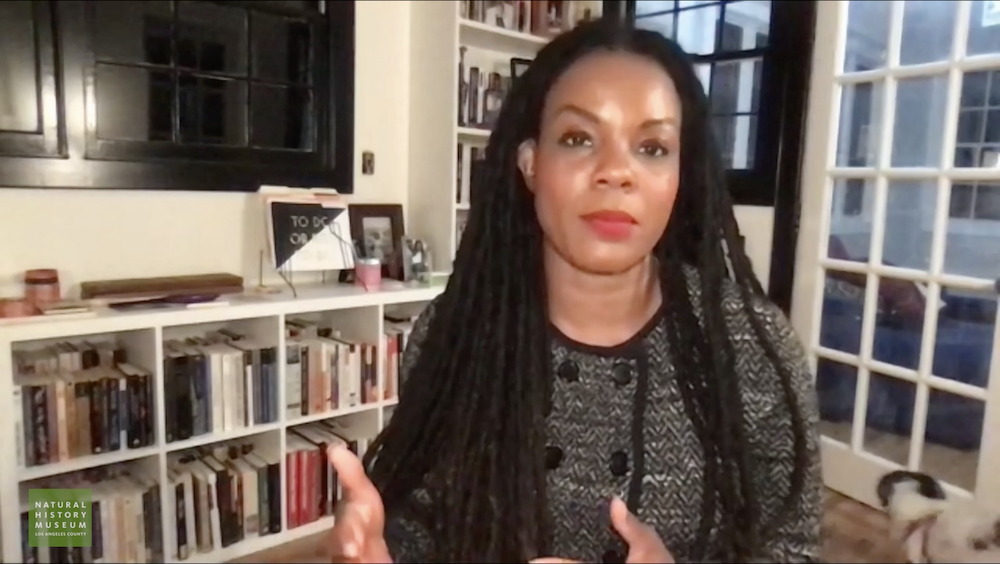 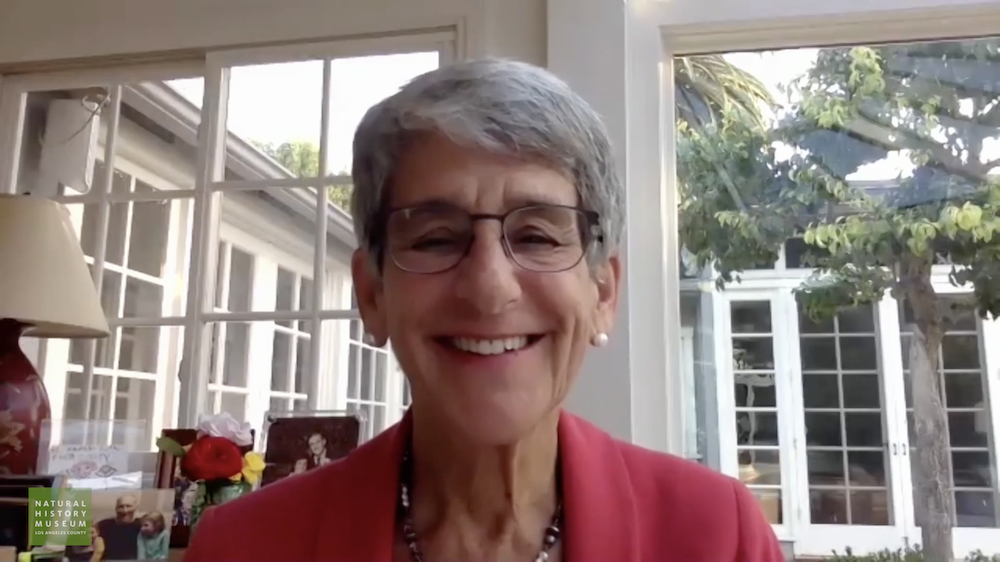 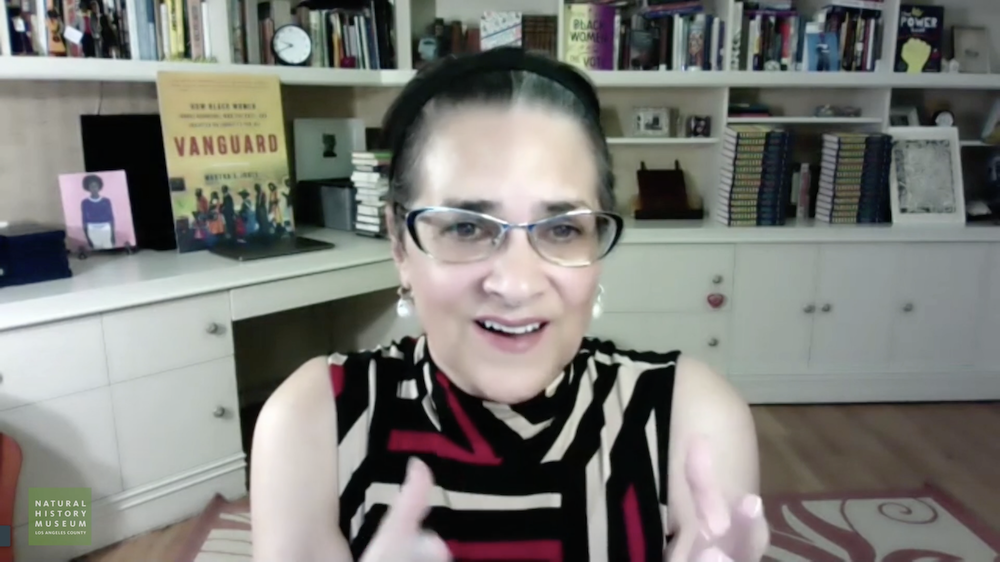