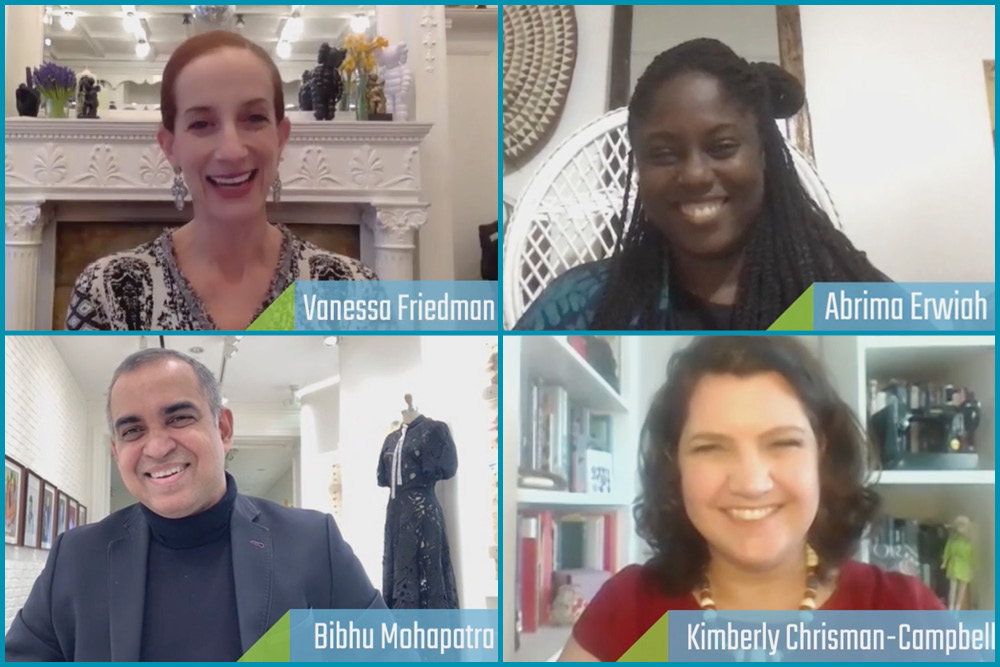 Back in 2008, Michelle Obama was scheduled to be a guest on The Tonight Show with Jay Leno right after campaign finance reports revealed that Sarah Palin’s new wardrobe, priced at $150,000, had been paid for by the Republican National Committee.

Obama had planned to wear a designer outfit that night, but her team advised her to wear J. Crew instead, because Leno was certain to ask what she was wearing. Obama took the suggestion, and sure enough, when Leno greeted her, he looked at her outfit and said, “I’m guessing about 60 grand?”

“Actually,” she was able to respond, “this is a J. Crew ensemble.”

In that moment, recalled New York Times fashion director and chief fashion critic Vanessa Friedman, Obama had won the room, and recognized “how effective fashion could be as a form of outreach.”

“It really did set the tone for the next eight years,” continued Friedman, who shared the anecdote during the final event in the When Women Vote: A Zócalo/Natural History Museum of Los Angeles County series, “Does Power Dressing Have the Power to Change Politics?”

The relationship between politics and fashion is a well-documented one, said Friedman, who moderated the panel. It’s also one, she continued, “that is becoming more important as social media takes over the world, and we increasingly communicate via image, which is the closest thing we have to a universal language.” Nevertheless, she said, kicking off the discussion, “A question I get all the time—often from readers who are not necessarily happy that I’m writing about fashion and politics—is: Why, why are you doing this?”

“I get those same complaints,” said fashion historian and author Kimberly Chrisman-Campbell. “Why are you making fashion political? Well, fashion has always been political. We can go back to the French revolution, and much further back, and look at examples of fashion making political statements,” she said. “Fashion is a tool of communication—whether we realize it or want it to be communicating for us or not. It is fun and it is frivolous, it is escapist, but it can also be very serious and very political.”

Abrima Erwiah, co-founder and president of Studio One Eight Nine, which promotes and curates African and African-inspired content and clothing, pointed out that if people don’t see a connection between power and fashion, then they aren’t looking at the way clothes are sourced, sewn, and sold. “I think about all the people that are impacted within the supply chain from the clothes we wear,” she said. The fashion industry intersects issues around climate change, migration, poverty, women’s right to work, and more.

The final panelist of the discussion, fashion designer Bibhu Mohapatra, said for him “getting into fashion was about being creative and saying something different with my craft.” Thinking about fashion and power, he wondered, “Why do we only talk about fashion or clothing to establish power or social standing?” It can signal so much more, he said.

Often, Friedman pointed out, when people talk about fashion, they focus on women and how their clothes can be used to diminish them. Is that a misconception? She cited Hillary Clinton, who after much resistance came to embrace fashion as a tool. “Suddenly, instead of being a weapon used against her,” said Friedman, it made her more accessible in a way she hadn’t been before. “In some ways,” she said, “I think, women have an advantage if they are willing to engage with it.”

“Fashion has always been political. We can go back to the French revolution, and much further back, and look at examples of fashion making political statements,” said fashion historian and author Kimberly Chrisman-Campbell.

Chrisman-Campbell agreed; women have a lot more options, however, she said, “they also have a lot more opportunities to get it wrong, unfortunately. They can’t retreat to the sober anonymity of a three-piece suit.”

“For a man to make a statement with his clothes he has to do something odd,” Chrisman-Campbell continued, whether that’s congressman Jim Jordan almost never wearing a suit jacket or Andrew Yang’s “Math” lapel pin.

But men’s diminished role when it comes to fashion and politics is not a global phenomenon. In Africa, Friedman pointed out, there’s more of a tradition of male politicians embracing the politics of fashion.

Erwiah agreed, citing President Nana Akufo-Addo of Ghana’s choices. “He goes out of his way to wear local designers or to wear traditional prints,” said Erwiah, because he understands how what he is seen wearing can impact the people and companies who create, manufacture, and sell the garments.

After talking about the Trump Administration and former First Lady Melania Trump, and the implications of her breaking the long-standing tradition of wearing U.S. designers, the conversation moved to the current administration. Speaking about Vice President Kamala Harris, Friedman said, “You can see how deliberately she chooses her moments,” whether it was the white trouser suit she wore for her victory speech—”it seemed truly a nod to both Mrs. Clinton, the suffragists, what has become an expected understanding of that style”—or her attire for the inauguration, designed by Christopher John Rogers and Sergio Hudson, two young Black Americans, in unmistakable purple, a color often symbolizing the unity of the two parties.

But her regular uniform, said Friedman, is often a dark pantsuit where “the clothes disappear and the focus becomes what her words are.” She posed the question to the panelists: Is that a pattern we’ll keep seeing?

“She’s being judged so harshly, in so many ways,” said Erwiah, “I’m assuming she wants to focus on the work and not have this be what people are looking at her for. But I believe as she moves into her role, we’ll see changes.”

“I think we will see something shift with our VP’s outfits,” agreed Mohaparta. “I’ve seen her wearing saris to celebrate Diwali, and I think she has it in her, and it will come out.”

The conversation moved to Harris’s first Vogue cover, from February 2021, which was criticized for leading with a more dressed-down photograph of Harris in a campaign trail outfit of a jacket, a white t-shirt, pearls, slacks and Converse Chuck Taylors—instead of the more formal shot taken of her in a power suit by the same photographer (Tyler Mitchell, who became the first Black photographer to shoot a Vogue cover in 2018) that her team initially thought would run.

Speaking to the backlash, Erwiah said, “One of the reasons people wanted to see her more done is because of the magnitude of that moment.”

Questions poured in from audience members in the YouTube chatroom. One person wanted to know whether politicians will be able to dress more freely in the future.

“I hope so,” said Chrisman-Campbell, but she said it took until the 1990s for women to be allowed to wear pants in the Senate, and until 2017 for sleeveless dresses to be allowed in House of Representatives. “We are all very impatient for more change. But change has been a long time coming, and it’s only been in relatively recent times that we’ve seen this kind of change.”

Another audience member referred to Biden inaugural day poet Amanda Gorman, who was featured on the cover of TIME in a yellow Greta Constantine gown.

“I think she’s trying to tap into this moment, and I think she’s the future generation of this moment, and she has the power through her words to heighten this, and it’s interwoven into her clothes,” Erwiah said. “I loved the bright colors she’s wearing. I think it says something about our ability to shine through.”

A final questioner wanted to know if there was an outfit that could push policy change: “What can lawmakers wear to promote the minimum wage for all?”

“Making a conscious effort to wear brands where you can trace their supply chain and being conscious about which brands you choose,” said Erwiah. “As we said at the beginning,” she said, “people underestimate power of fashion and don’t give it enough credit considering its size and scale.”

It would be an incredible opportunity, Friedman agreed, if someone asked President Biden or Dr. Biden or Vice President Harris what they were wearing—and they responded with a breakdown of who made the dress and in what factory and what workers were paid to make it. “They could take this question, which is treated to be frivolous or demean them, and make a teachable moment.” 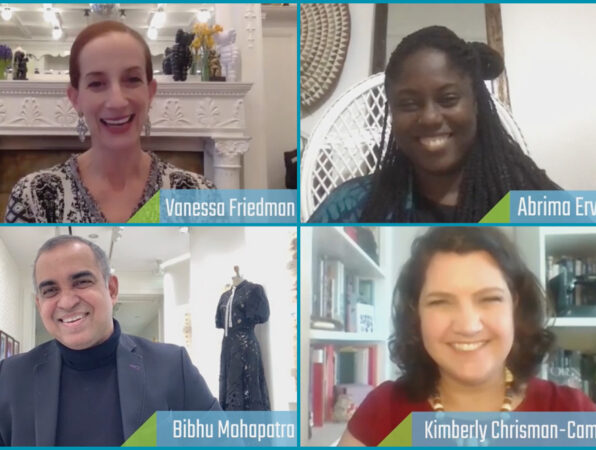