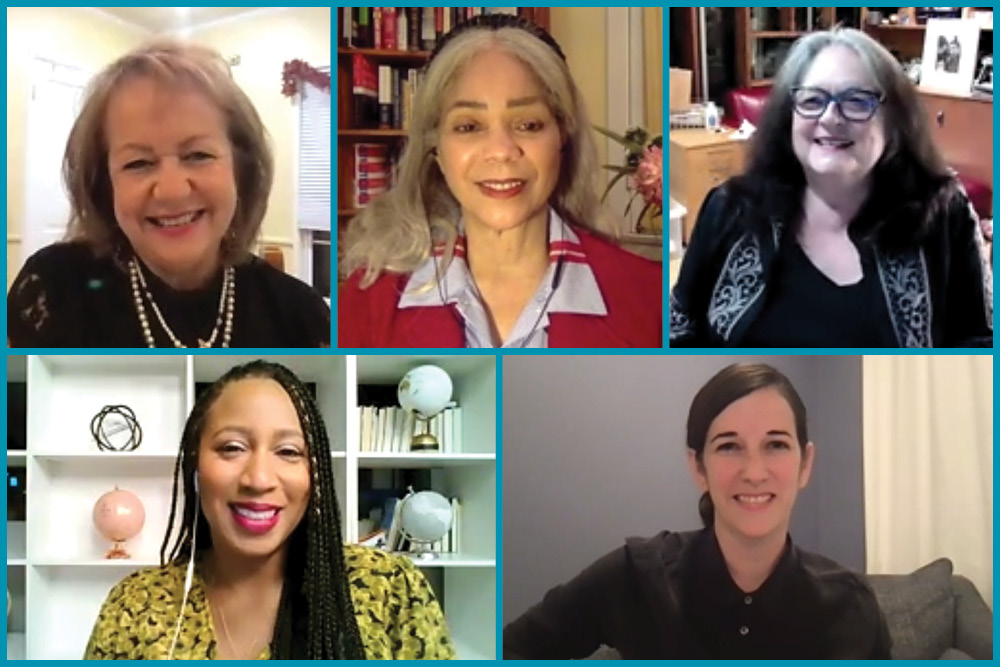 Panelists from "What Are Today's L.A. Women Fighting For?"

Last month, Kamala Harris made U.S. history, becoming the first woman to be elected vice president. Meanwhile, in Los Angeles, the November elections resulted in the first all-women Board of Supervisors. While women today are assuming unprecedented positions of power, at the same time, there are many battles left to fight. What are those battles, and how can they be won? This was the question at the heart of “What Are Today’s L.A. Women Fighting For?,” part of the Zócalo/Natural History Museum of Los Angeles County When Women Vote series.

Discussion moderator Angel Jennings, assistant managing editor for culture and talent at the Los Angeles Times, turned to artist and Social and Public Art Resource Center (SPARC) co-founder Judy Baca to get her take on how art can be a force to highlight the inequities that women, like the ones Durazo mentioned, face.

“The capacity to tell the story of those people who are undervalued, to elevate their achievements into the public consciousness, has been pretty much my life’s work,” said Baca, who is known for her iconic murals. Amid the pandemic, SPARC has presented a virtual gallery exhibition called “The Patchwork Healing Blanket”—which originated in Mexico City—created by women and girls around the world fighting gender-based violence. Submissions from young girls to women in their 90s totaled more than 600 works, and the collective offering, Baca said, shows “the tremendous impact the pandemic had had on domestic violence,” as well as the strength of those fighting back.

The pandemic, said civil rights activist and lawyer Connie Rice, co-director of the Advancement Project, has also highlighted the tremendous wealth gap in Los Angeles and elsewhere. “Our poorest underclass women—poor Black women, poor Latinas, poor immigrant women, and in the Antelope Valley and rural California, poor white women—folks at the bottom of the well: Those women have lost everything,” said Rice. They’ve gone from “food-insecure” to “food-desperate”; they’re contemplating homelessness. Meanwhile, Rice noted that women such as herself have done well in the pandemic; thanks to technology, “we’ve barely missed a beat.” Therefore, she said, it is up to women and others in power to “re-fund the pockets of poverty” from Pacoima to Watts to help the women of L.A. who have lost the most in the pandemic.

Despite the hardships that have been magnified by the pandemic, the panelists agreed that there are also beacons of hope and inspiration of late, including the feminist-led Black Lives Matter movement. Rice pointed to the intersectionality not just of Black Lives Matter but of the Dreamers advocating for undocumented immigrants, and the Parkland students fighting gun violence. “They take hashtags and turn them into international movements,” she said.

“You’ve got to sit at the table, and you’ve got to bargain. You’ve got to frame the agenda in terms they can accept,” said Rice. “When you don’t have that power, you have to use other people’s power to augment yours.”

Rice recalled one Parkland student asking her, “‘How do we go from protests to power?’” To do so, she said, requires getting inside the machinery of power—machinery that “isn’t made for us.” To achieve this, she said, you have to really work—“you have to turn it inside out, and you have to do things that aren’t really a lot of fun to do.” This analogy extends to female politicians, as well, who can best succeed by setting aside ideology and forming unlikely alliances with those with whom they don’t agree. “You’ve got to sit at the table, and you’ve got to bargain. You‘ve got to frame the agenda in terms they can accept,” said Rice. “When you don’t have that power, you have to use other people’s power to augment yours.”

Social Venture Partners Los Angeles executive director Christine Margiotta recently learned that lesson firsthand when she turned from activism to politics in a bid for Claremont City Council, which is 80 percent male. “I never anticipated running for office,” she said. But she became the only woman in the City Council race as Claremont increased its law enforcement budget and decreased its human services funding despite the pandemic and the national reckoning with racism. During the campaign, she said that she faced a multitude of questions her male counterparts did not have to handle, from whether she was “ready to manage a budget that size” to questions about her appearance and her two young children.

We need more women not just in politics but also in positions of leadership in the media, said Durazo. Today’s endless news cycle and round-the-clock social media scroll means that for elected officials, “there’s this constant pressure—are you saying or are you doing something for the quick and easy hit?” she said. Instead of building coalitions and doing the important work to effect lasting change, politicians are rushing to propose bills that will make them look good in the moment.

In other words, said Jennings, “We need women telling our story.”

Questions from the audience submitted via live chat asked the panelists to delve deeper into specific battles in which women might play a key role, including homelessness, climate change, and public health advocacy in COVID.

In response to a question about what is being done to help women who are homeless, Margiotta, who has spent many years working on behalf of L.A.’s homeless population, was quick to commend incredible organizations working throughout Los Angeles on this crisis. Still, she reflected, their necessary work is “a band-aid on a gaping wound” caused by massive system failure. A lasting solution, she said, requires us to define the problem better—and to realize that ending homelessness also means “ending mass incarceration, ensuring a living wage, and creating affordable housing on the scale we need.”

In closing, Jennings asked the panelists to sum up as briefly as possible the actions audience members can take to continue the dialogue of the evening.

“Listening,” said Margiotta. “I feel like we’re not asking enough questions of one another, being curious enough, and really centering people who are most impacted by the injustices in our community.”

“Let women be the authors of their own ideas,” said Baca, and give them credit where it’s due—and support.

“Define the problem. Get your experts. They will tell you how to solve the problem. Then muster and galvanize the power to enact those ideas through unlikely alliances that will stick,” said Rice.

“Jump in and start something that isn’t out there that needs to be done,” said Duraza. 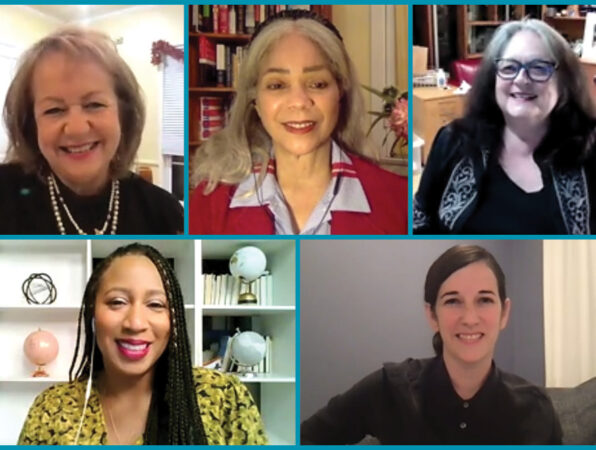 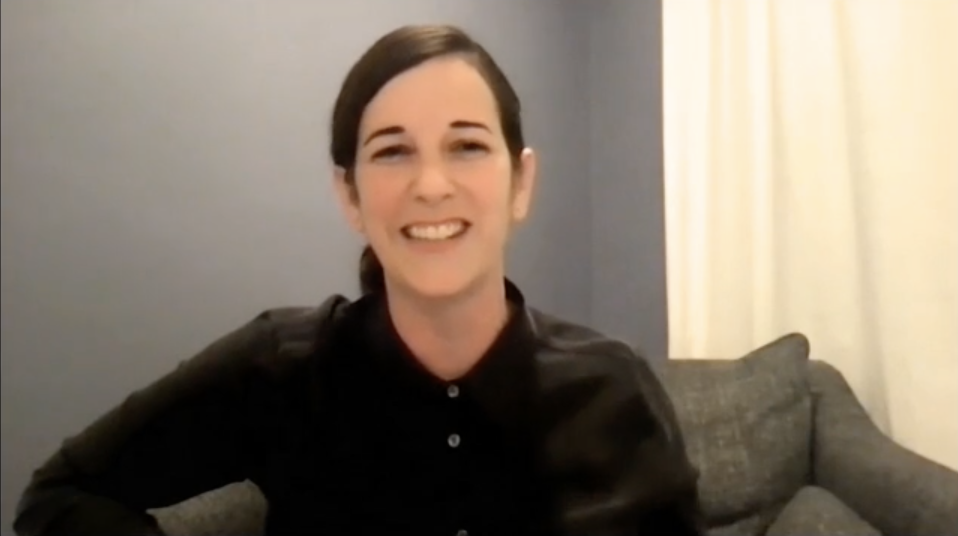 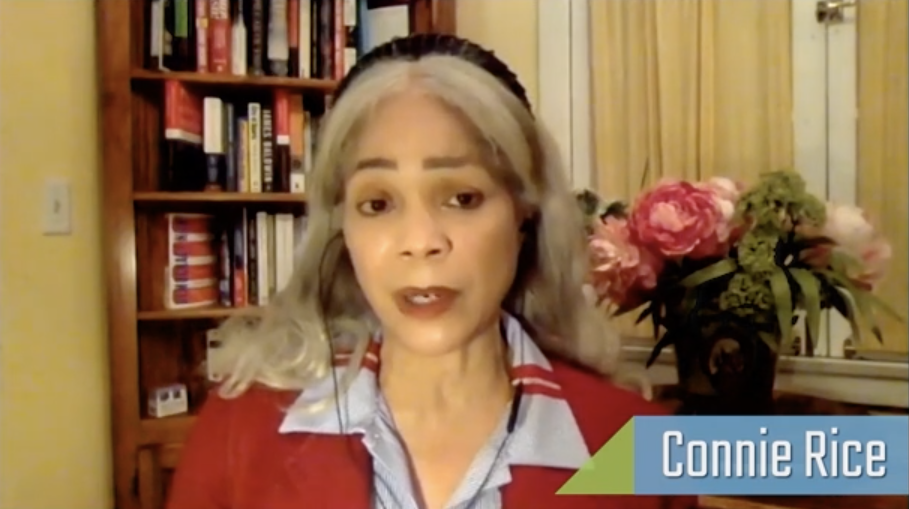 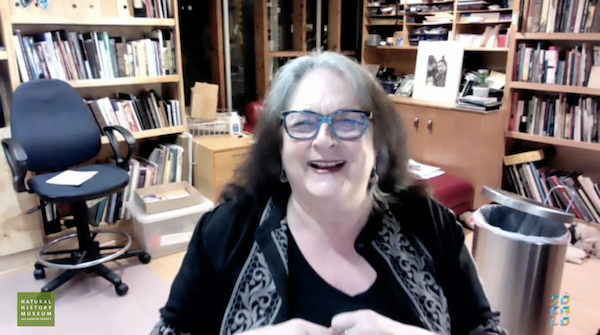 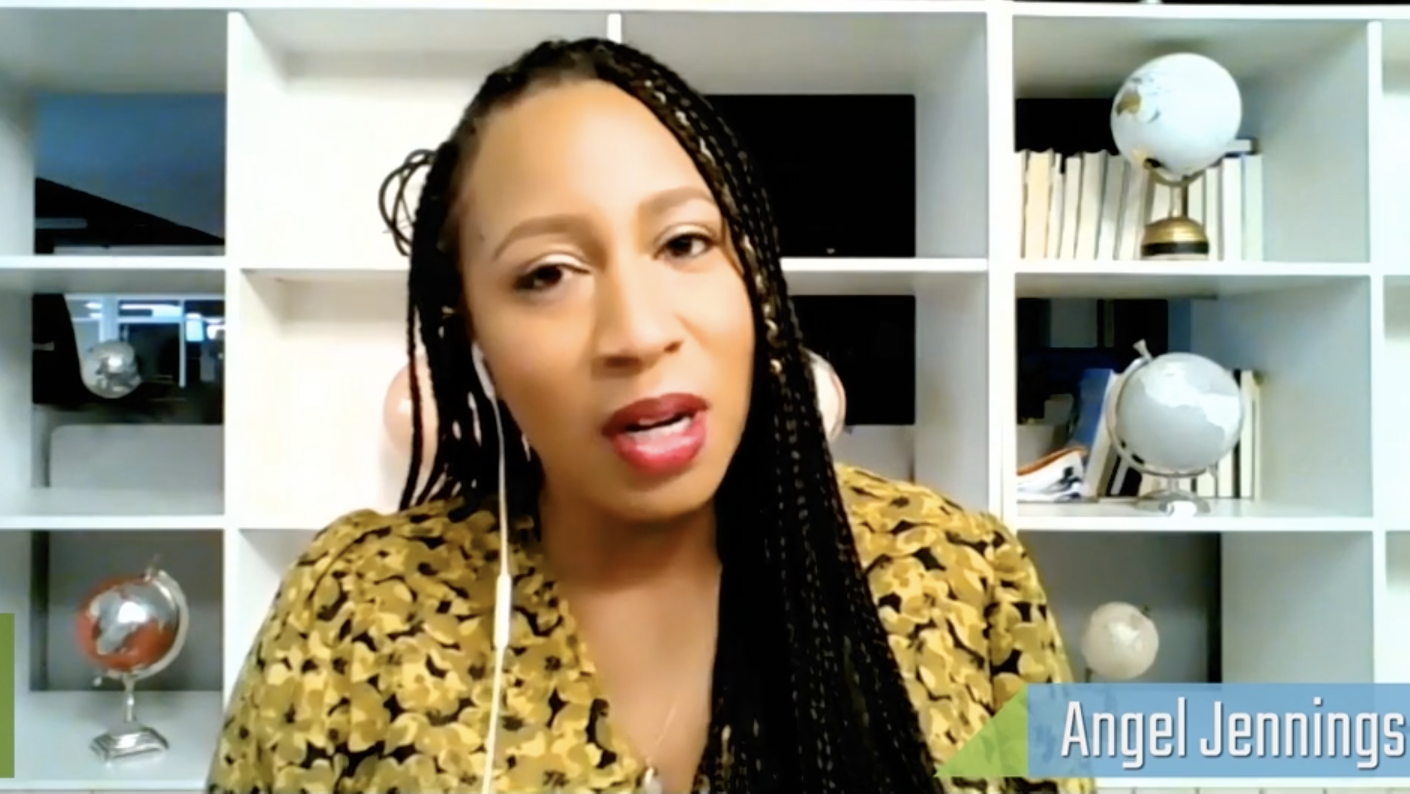 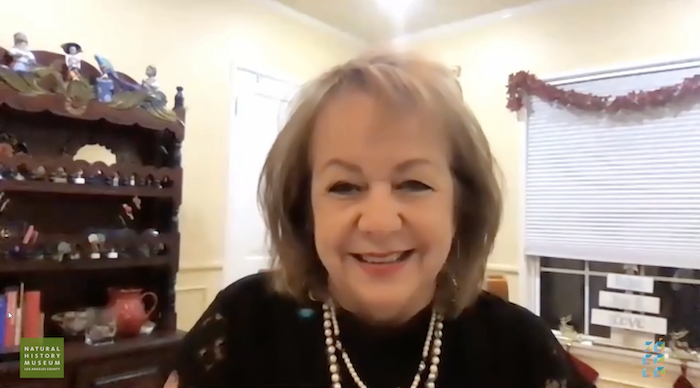