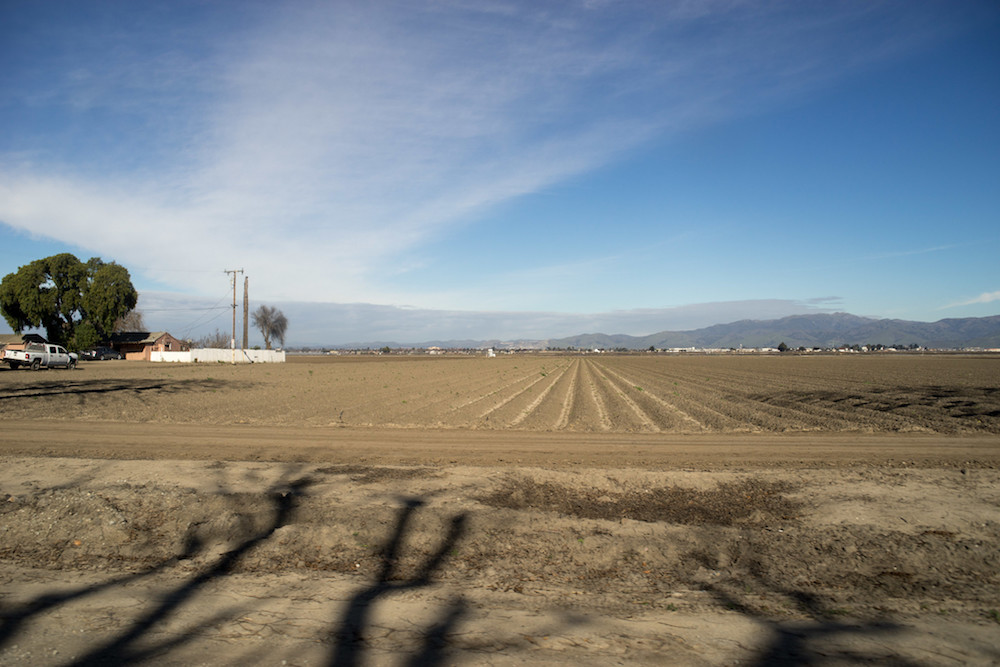 The town of Gonzales, California, went on a quest for universal broadband that Mathews describes as “a tale of a David taking on multiple Goliaths.” Courtesy of Dylan’s World/flickr.

If California is really the global tech capital it claims to be, why is it so hard for the state’s small towns to get the top-notch internet broadband service they need?

You’ll find one answer to that question in Gonzales, a city of just 9,000 people in the Salinas Valley, where local leaders spent 15 years seeking to connect all residents to the internet.

Right now, even California’s biggest and richest cities are struggling to provide the internet access necessary for their people to work or study from home. But Gonzales solved that problem a few months ago. Before the pandemic hit, the town offered broadband service, free of charge, to all its residents. The story behind its rare achievement—tiny Gonzales is the first Central Coast city to do this—offers all kinds of lessons about power, and how communities can beat the odds.

Gonzales’ leadership is not entirely a surprise. The town, populated by farmworkers and surrounded by fields, is one of our state’s smallest wonders. In a region notorious for high crime and child poverty, Gonzales boasts low crime and high graduation rates. And while other California cities chase sales taxes by developing big retail and tourist attractions, Gonzales focuses on nurturing a diverse industrial base that employs local residents. Its local leadership is well-known for novel partnerships that provide innovative health services and extensive supports for children, who make up nearly 40 percent of the town’s population.

But even for a creative and nimble city, securing broadband has been very challenging. Gonzales’ long path to universal broadband suggests that it will be difficult to turn the temporary internet measures of the pandemic—like short-term service discounts from providers—into long-term bridges over our digital divides.

Gonzales’ broadband quest is also a tale of a David taking on multiple Goliaths. In 2005, internet service in Gonzales was slow and unreliable, and municipal officials couldn’t get service providers to work with the town.

On my visits to Gonzales, I saw kids sitting outside McDonald’s, Starbucks or even City Hall, using the free WIFI to do their homework. In 2017, such scenes inspired the city to add a Broadband Strategy to its general plan, with a commitment to “Universal Broadband for All.”

So the city joined the Central Coast Broadband Consortium, which includes governments and organizations that seek better internet access. Gonzales officials also started regularly visiting the state’s Public Utilities Commission in San Francisco to press their case for rural broadband, including a link between Santa Cruz and Soledad.

At some PUC meetings, Gonzales was the only city represented. But as a small town, it didn’t have much leverage—until officials discovered how to advance their case by filing legal protests against corporate mergers and acquisitions.

In 2015, when Charter Communications sought to merge with Time Warner in a $78 billion deal, Gonzales moved to block California from offering its approval of Charter’s acquisition of Time Warner and Bright House cable systems, on the grounds that the deal wouldn’t help small towns. City officials fought so hard that PUC officials urged Charter to negotiate. Ultimately Gonzales dropped its opposition after Charter upgraded the system serving the town, bumping Gonzales’ upload speeds from 1 Mbps to 60 Mbps, and its download speeds from 5 Mbps to 100 Mbps.

A tech backbone was in place, but access to the internet at home still remained a problem for poor families. On my frequent stops to Gonzales in recent years, I saw kids sitting outside McDonald’s, Starbucks or even City Hall, using the free WIFI to do their homework. In 2017, such scenes inspired the city to add a Broadband Strategy to its general plan, with a commitment to “Universal Broadband for All.”

Gonzales then requested proposals from internet service providers to provide universal broadband. Four such proposals were filed, but Gonzales rejected them all, citing slow speeds or holes in the commitment to universal access. Instead, the city began to negotiate individually with providers. The city found a willing partner in T-Mobile. 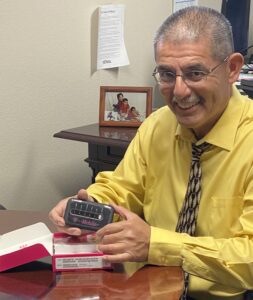 In Gonzales, Wi-Fi for all. Courtesy of Carmen Gil.

T-Mobile’s offerings were well-suited for Gonzales’ needs. The company has a program called EmpowerED to get students online. T-Mobile also has an unusually dense network of cellular towers in the area—which provide cell coverage to people driving through on the 101. T-Mobile also was willing to shift its model, which focuses on school districts, and work with the city government as well.

The T-Mobile/Gonzales partnership was approved by the city council last October. T-Mobile upgraded wireless internet infrastructure, and donated 2,000 Wi-Fi hotspots—one for every city household. The hotspots offer speeds four times those required by the Federal Communications Commission, and can support up to 12 different devices at once.

The city, not residents, pays monthly service charges, at a discounted rate of $12.50 monthly per household device. Partnership documents value T-Mobile’s donation at more than $504,000. The total annual cost to the Gonzales government is $300,000—paid for with general fund revenues and a special ½-cent sales tax approved back in 2014.

Hotspot distribution started in schools and low-income housing complexes. Anyone presenting proof of residency in Gonzales received them; so did households outside the city who attend Gonzales schools. Since COVID forced shutdowns, the city has offered drive-by service for equipment pickups.

Residents tell me the devices are already activated when you get them, so they are easy to use. And with education and other services now moving online, the hotspots have become indispensable for Gonzales’ many multi-generation families. Grandparents sing the hot spots’ praises, and some college students from Gonzales, now back home, say their city internet connections are better than their campus ones.

“They work really, really well, even with all the people suddenly online—Google Docs, Google Classroom, Zoom, are all working,” says Isabel Mendoza, 17, a Gonzales High senior and commissioner with the Gonzales Youth Council, a youth government with a role in city and school district decision-making. “Before, because we have five people in my house, and a number of electronics, the internet was really slow.”

René Mendez, the longtime city manager, has been fielding inquiries from towns around California asking for broadband advice, and nearby Greenfield is now moving forward with a similar program.

“I think this is doable across the state,” Mendez says, particularly if cities aggressively seek out internet providers and make deals that mix new broadband investment with cost-sharing. “Why can’t you provide broadband for the whole community, just like you do with sewer and water and streets?”

Of course, it should be much easier for poor towns and people to secure internet in California, which invented our tech world, than it was for Gonzales. But the city doesn’t dwell on past struggles—it’s moving forward. Gonzales’ deal with T-Mobile is for two years, but it’s renewable. City officials are planning a trip to T-Mobile headquarters, and plotting the next chapter of universal broadband. It starts with 5G.