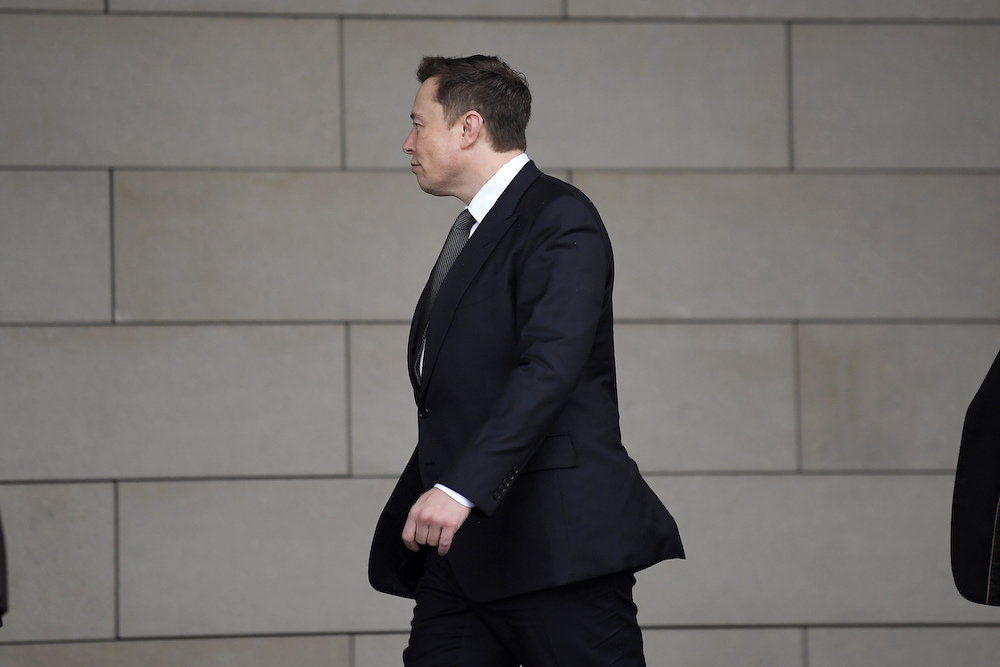 Thank you, Texas, for taking Elon Musk off of California’s hands.

Perhaps that reaction surprises you. After all, your state leaders declared victory when Musk, chief of Tesla and SpaceX, announced the move of his personal residence from L.A. to Austin. And it may seem strange for our state to not even blink as we watch the world’s fourth-richest person walk out the door.

But our sanguine reaction is actually a sign of two things: our growing recognition of the hazards of living amongst the very rich, and the fact that we know this billionaire better than you. So with our thanks for giving the wealthiest Californian a home comes this friendly advice: Watch your back, Texas, because Mr. Musk will mess with you.

Musk’s exit is different than other California-to-Texas moves, about which we feel less good. The departures of so many company headquarters—Oracle, Hewlett Packard Enterprise, McKesson, Schwab, and Jamba Juice are only the most recent—cost us high-wage jobs, and reflect real problems with high costs, heavy regulations, and convoluted governance that can make doing business here miserable.

Even worse, many younger working-class Californians—the people who once defined our state’s ambitions—have relocated to your state, where they find cheaper housing and better schools among the culturally diverse suburbs of Dallas, Houston, and San Antonio. This trend points to Texas’ real advantage—a governing system that gives more power to localities, some of whom skillfully employ their discretion to invest in the future.

While those losses to Texas are lamentable, Musk’s exit is of an entirely different character. California, after all, has a shortage of housing, not billionaires. And while many people leave California because they can’t afford it anymore, Musk is leaving because Californians finally figured out that we couldn’t afford him.

Musk may be worth more than $100 billion—but he’s even richer in hypocrisy and ingratitude. He cultivated the image of the lone, self-made innovator, when he was actually California’s biggest welfare case since the railroad barons.

Musk’s three signature companies—SpaceX, Tesla, and SolarCity—were built with billions of dollars in government contracts, subsidies, and other largesse. The federal government provided much of this, including low-interest loans that kept Tesla from folding during the Great Recession. Nevada also gave Musk more than $1 billion for a battery factory.

But it was California that showered him with money and provided regulations that favored the electric cars and solar panels his companies sell. Tesla has covered operating losses by selling other car companies the emissions credits it gets under California’s cap-and-trade market. California tax credits also subsidized the purchases of Tesla cars and the development of energy storage technology.

Yet all of California’s support did not make Musk a good citizen of our state. Musk has compromised worker safety at Tesla’s Fremont plant, flouted securities laws, and sabotaged unionization of his employees. He’s also an unrepentant peddler of misinformation to his huge Twitter following.

He cultivated the image of the lone, self-made innovator, when he was actually California’s biggest welfare case since the railroad barons.

Most of all, Musk is California’s Frankenstein, the monster we created that then turned against us.

Even after taking so much government money, he routinely blasts our funding of safety net programs. Even after benefiting from our regulations, he’s accused California of over-regulating and demanded we “get out of the way” of innovators. And he has undermined public projects by pretending he had answers for the state’s most bedeviling problems. He touted unproven Hyperloop technology as a cheaper alternative to high-speed rail (his paper on the subject stopped before detailing how it would work), and he claimed he could solve traffic problems by digging giant tunnels underground.

When the pandemic hit this year, his behavior toward California turned from hostile to unforgivably cruel.

He railed against the federal economic relief packages that millions of Californians needed—and then took money from those same packages. He accused California, in pursuing COVID restrictions, of fascism and authoritarianism, while he exchanged friendly messages with the California-hating authoritarian in the White House.

Worst of all, Musk set a dangerous example by defying the stay-at-home orders that required the closing of his Tesla factory in Fremont. He reopened the plant, a decision which may have produced a COVID-19 outbreak there. (Musk himself would later get the virus.) Unbowed, Musk kept criticizing California’s COVID-19 response, and added the threat to leave for Texas, where SpaceX already had two facilities. This fall, he made good on that threat.

On his way out, he broke all world records for chutzpah. He claimed he was leaving because California didn’t sufficiently support companies and innovation, despite all the backing the state has given him. He portrayed his departure as a righteous protest against California’s infringement on freedom—never mentioning Texas’ lack of income taxes, and recent increases in his compensation package. And in a pot-calls-out-kettle moment, Musk had the gall to accuse California of being “entitled.”

So we shouldn’t be sad to see him go.

But his brash brand of nonsense and blame-shifting seems perfect for you, Texas. The state that asked the Supreme Court to cancel millions of votes of people in other states—while demanding that its presidential choice be ratified—is a fitting home for a billionaire who routinely calls for denying others the government assistance that made him rich.

But, Texas, don’t be surprised when he betrays you. Some of your communities have given him subsidies, but you should know that his companies often fall short on their promised job numbers. Neighbors of the SpaceX facility in South Texas are already complaining about community impacts. And a few conservative editorialists have noticed that Texas just welcomed America’s corporate welfare king.

When you point out Musk’s broken promises, he will lash out at you. And, Texas, you offer him plenty of Twitter-friendly targets: your depraved political class, your oil and gas industries, and your failure to legalize cannabis.

SpaceX and Tesla headquarters will remain in California—for now. But if Musk decides to take them with him, it might merely be a short-term blow. If government support for Musk’s businesses dries up, or if Musk gets in deeper trouble with the law, those companies could prove to be houses of cards. (Tesla, after all, has the highest stock value of any car company, even though it doesn’t make that many cars.) In that event, Texas would have to handle the human and corporate carnage of the eventual Musk meltdown.

Lone Star leaders often warn against all things California, as our people turn your suburbs politically blue and fill your boulevards with In-N-Out Burger locations and Trader Joe’s stores. But, Texas, you don’t seem worried—yet—about Musk and his companies.

California, meanwhile, has only one new reason to worry: that, much like the SpaceX Starship test earlier this month, Musk will attempt to return to us… only to end up in flames.