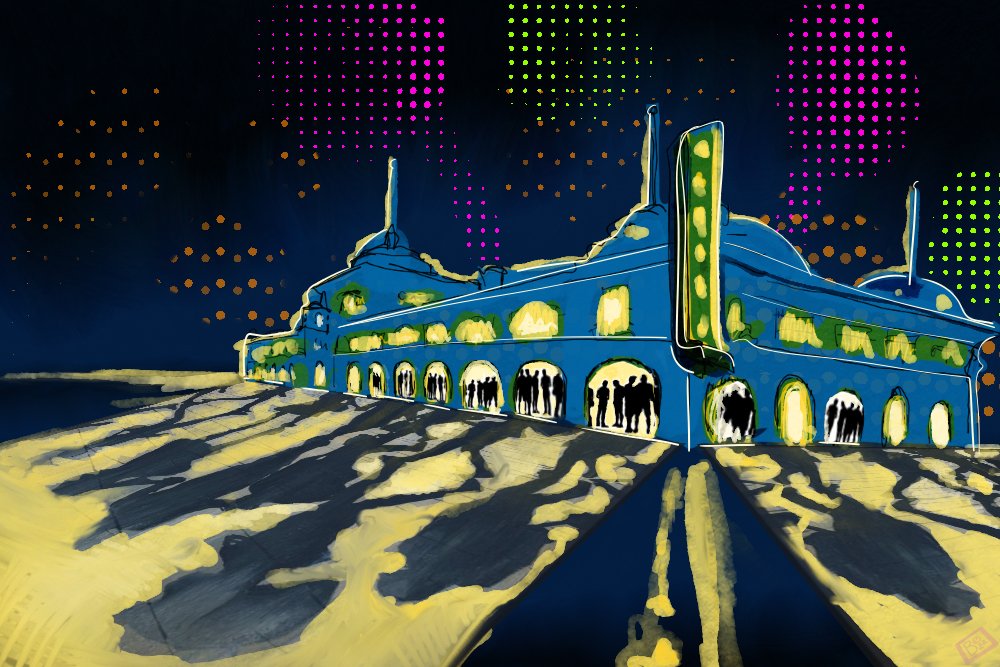 This year on the Zócalo stage, panelists dared us to reimagine home. Showed us that we can build a better America. Reminded us that incarceration is big business. Demonstrated what dissent can look like. And made us realize that even in the darkest of times, there’s power in laughter.

Since 2003, Zócalo Public Square has been on a mission to connect people to ideas and to each other. Whether you visited us in person, streamed our programming live online, or watched on YouTube or Soundcloud later on, thank you for being part of our ongoing experiment to promote public curiosity and dialogue.

Join us as we take a trip down memory lane to relive five events (and one special musical performance) that our staff felt best encapsulated the spirit of 2022. And be sure to subscribe to our newsletter to be the first to learn about our very special, upcoming 20th anniversary lineup.

What Can We Laugh About?

Comedy has always been society’s release valve. Which is why we invited political satirist Bassem Youssef, and playwright, actor, and performance artist Kristina Wong to speak about the political and psychological power of humor. In partnership with ASU Gammage, this Zócalo event, moderated by Los Angeles Times columnist Gustavo Arellano, explored comedy’s great potential, and made the case for why the joke can be mightier than the sword.

Will Americans Ever Be in This Together?

The economist and social policy advocate Heather McGhee offered us a new story of American solidarity during her 2022 Zócalo Book Prize lecture. McGhee was our 12th annual winner for her book The Sum of Us: What Racism Costs Everyone and How We Can Prosper Together. In prepared remarks and a Q&A with LA84 Foundation president and CEO Renata Simril, she reminded us that everyone loses when we see prosperity and success as a zero-sum game.

How Do Homelands Cross Borders?

Can you leave your homeland while keeping your cultural and ethnic identity alive? At this Zócalo/Soraya event, presented in conjunction with a performance of Ragamala Dance Company’s Fires of Varanasi, we asked Ragamala Dance Company’s Ranee Ramaswamy and Aparna Ramaswamy, Science Fiction Poetry Association president and poet Bryan Thao Worra, and deputy director of USC’s Institute of Armenian Studies Shushan Karapetian to reflect on the pain and promise of being a member of a diaspora in America.

What Would the End of Mass Incarceration Mean for Prison Towns? with Keri Blakinger

Susanville, California, is one of many rural communities whose economic survival is currently tethered to incarceration. Which is why the city sued the state this year to avoid having its prison shut down. To understand the link between prisons and rural economies, we assembled Lassen Community College president Trevor Albertson, Parlier mayor and retired correctional officer Alma Beltran, and University of Wisconsin sociologist John M. Eason, author of Big House on the Prairie: Rise of the Rural Ghetto and Prison Proliferation, to speak at this Zócalo/California Wellness Foundation event in Susanville. Moderated by journalist Keri Blakinger, the discussion explored how prison towns came to be, and how they might imagine new futures.

How Can Women and Girls Win in Iran?

Ongoing unrest in Iran, incited by the death of a young Kurdish woman detained by Iranian authorities for supposedly violating state dress laws, has become one of the top stories of 2022. For this Zócalo event, co-presented with the Goldhirsh Foundation with support by Pedram Salimpour, and moderated by author Porochista Khakpour, we invited Iran analyst Holly Dagres, artist Sahar Ghorishi, and anthropologist Pardis Mahdavi to discuss how months of mass protests have created a new movement—and what the world can learn from it.

A first for Zócalo: A string quartet from the Los Angeles Opera visited the Public Square. In the historic lobby of the ASU California Center at the Herald Examiner building, musicians Evgeny Tonkha, Roberto Cani, Ana Landauer, and Erik Rynearson performed to a packed house, bringing the music of L.A.’s immigrant composers to life during this special Zócalo/Artistic Soirées event, presented in partnership with ASU Cronkite School of Journalism and Mass Communication.