2020 was not a year that went as anyone expected. Amid a global pandemic, a racial reckoning, and a defining presidential election—not to mention the murder hornets—it’s been an unprecedented trip around the sun. Fortunately, taking measure of a moment like this is terrain that we at Zócalo pride ourselves on traversing.

So, while we may all have been stuck at home this year, we endeavored to publish new work designed to take you across the world—and the space-time continuum.

The Zócalo essays of 2020 explored the ideas that animate who we are and where we’re going. We looked back to Jamaica in 1831 and to Madrid in the first days of lockdown. We peered inside the minds of a generation trying to save our planet’s future, and looked into the heart of one young woman cleaning airplanes at LAX and dreaming of pursuing higher education.

Thank you for joining us on this ongoing journey. We hope we helped you make sense of a time where very little seemed sensical—and occasionally took your mind off the chaos of 2020, too.

Of all that we published, these were our 10 favorite essays of these hard and strange past 12 months:


A Letter From Madrid, Where Impending Quarantine Permits a Last Look at Goya

Zócalo contributing editor José González Vargas, a Venezuelan journalist currently studying in Madrid, brought us to Spain in the early days of the pandemic, before and just after the country enacted one of the strictest lockdowns in the world. Browsing a local bookstore and musing on Goya at the Prado, he offered what now reads as an aching reminder of the world as it was—and his letter inspired the launch of our Dispatches series, which has taken us from Nigeria and India to the Napa Valley.

The Uprising of 60,000 Jamaicans That Changed the Very Nature of Revolt

As millions of Americans took to the streets to protest the murder of George Floyd in support of Black Lives Matter, Zócalo published an account of the 1831 rebellion that inspired the British Empire to abolish slavery. Chapman University English professor Tom Zoellner, author of Island on Fire, recounted how the reverberations of a well-organized, initially nonviolent revolt by the enslaved people of Jamaica continue to echo around the world.

Why Today’s Social Revolutions Include Kale, Medical Care, and Help With Rent

Can a single organization help its neighbors meet their basic needs and also fight injustice? Before the pandemic, American nonprofits, increasingly professionalized and corporatized, were by and large siloed into choosing one or the other. Rinku Sen, a journalist and former executive director of Race Forward, looked to the past, present, and on toward the future to explain how nonprofits can adopt mutual aid as the best strategy to serve both individuals and social movements seeking systemic change.

By now, we know how COVID-19 has changed everything from education and healthcare to work and travel. But if you haven’t read North Carolina State University ecologist Rob Dunn’s Zócalo essay, you might not know what it’s doing to your armpits. Dunn explored how, in normal times, we share viruses, bacteria, and mites with the people around us—and what happens to these microbes when we stop seeing other people and start baking sourdough. 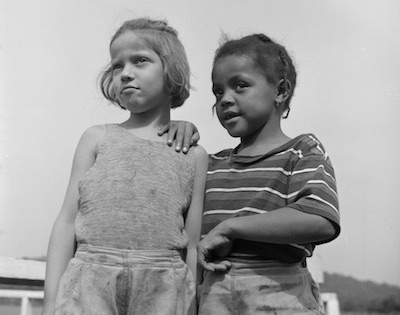 The summer of 1943 found photographer Gordon Parks in the tents, on the docks, and at the dining halls of camps around New York state. He captured what looked like ordinary summertime pursuits of the era—except for the fact that he was showing Black and white children living, playing, and eating together. As Columbia University historian Amanda Hardin-Martin explained in her essay for Zócalo, Parks, who would go on to become a civil rights hero, presented an idyllic vision of nature in America that slyly subverted the segregation of the times.

“The airlines provide barf bags, but the dirty secret is that people often don’t use them. They throw up on the floor and the seats. This is not a society that cleans up after itself.” So began Long Beach City College student Shanice Joseph’s account of the lessons she learned working the graveyard shift on a cleaning crew at LAX. The most indelible, however, was the one that inspired her to quit and go back to college: “[Y]our job is temporary, and your education is forever.”

Looking for Jazz Uplift Under Lockdown

Journalist and music critic Larry Blumenfeld considered the power of jazz music—in bringing people together in celebration and mourning, in punctuating moments of social change, and in inspiring either energy or calmness through improvisation—at a time when live performance had come to a screeching halt. Blumenfeld reflected on a strange spring and summer in jazz (and early virus) epicenters New York and New Orleans, and the loss of ritual when people needed it most.

The New Faces of Climate Justice

Teaching environmental studies right now means providing young people with more than lectures about air quality, water sources, and climate change. Humboldt State University’s Sarah Jaquette Ray discovered just how much her Generation Z students need her support in battling the despair they feel about the planet they’re inheriting. At the same time, they taught her more about how entwined climate justice is with social and systemic inequality. 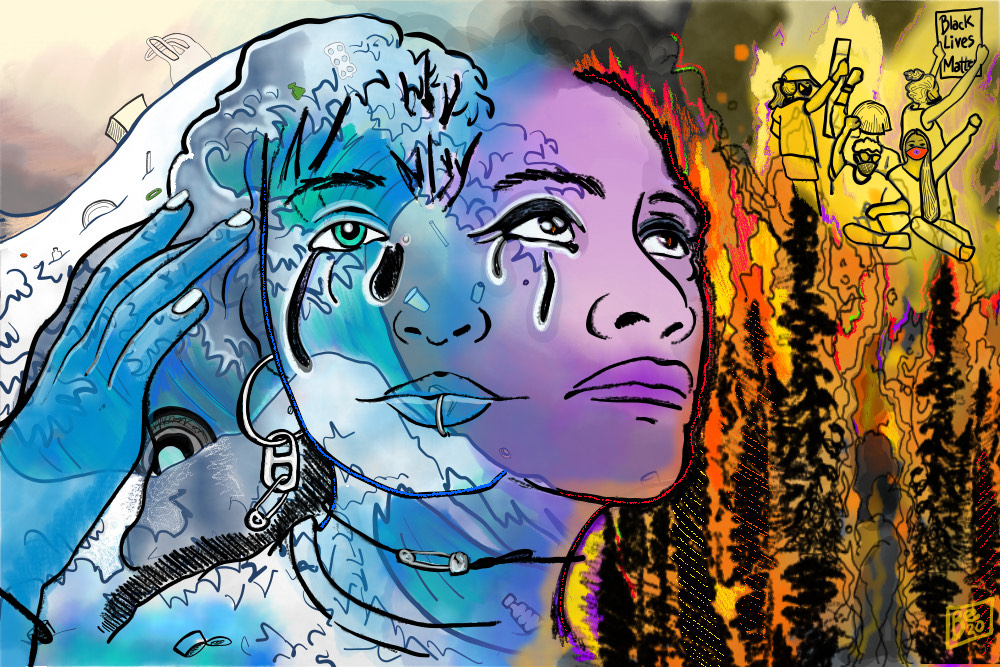 Where I Go: Growing Up Under the Rim

In 2020, Zócalo brought back our Where I Go feature (after a three-year hiatus) to chronicle the “third places”—outside home and work—to which we find ourselves drawn. Contributors let us tag along to a vintage clothing store in Washington, D.C., and on cold-water swimming expeditions at Brighton Beach, Brooklyn. For his Where I Go, Ky-Phong Tran, a Long Beach-based teacher and writer, took us to Southland basketball courts that have provided him with camaraderie, mentorship, and inspiration as a player and youth coach.

How do you cope when two of your high school newspaper friends show up on the Supreme Court short lists—one on Donald Trump’s list and the other on Joe Biden’s? For Connecting California columnist Joe Mathews, it meant recalling the origins of The Paw Print, the newspaper he and Jim Ho—now a U.S. Fifth Circuit Court of Appeals judge who Trump put on his most recent Supreme Court list—founded at their Pasadena high school. It also meant remembering his time editing the copy of Leondra Kruger—now a justice on the California Supreme Court and reportedly one of Biden’s top potential picks—both on The Paw Print and The Crimson at Harvard. For Mathews, an expert in democracy (who is also consistently skeptical of its institutions), this story of the twinning fates of two kids from the same small, elite private school also led to a bigger question: How can we trust Leondra or Jim—or anyone, for that matter—”with the vast and unaccountable powers” granted to a U.S. Supreme Court justice?