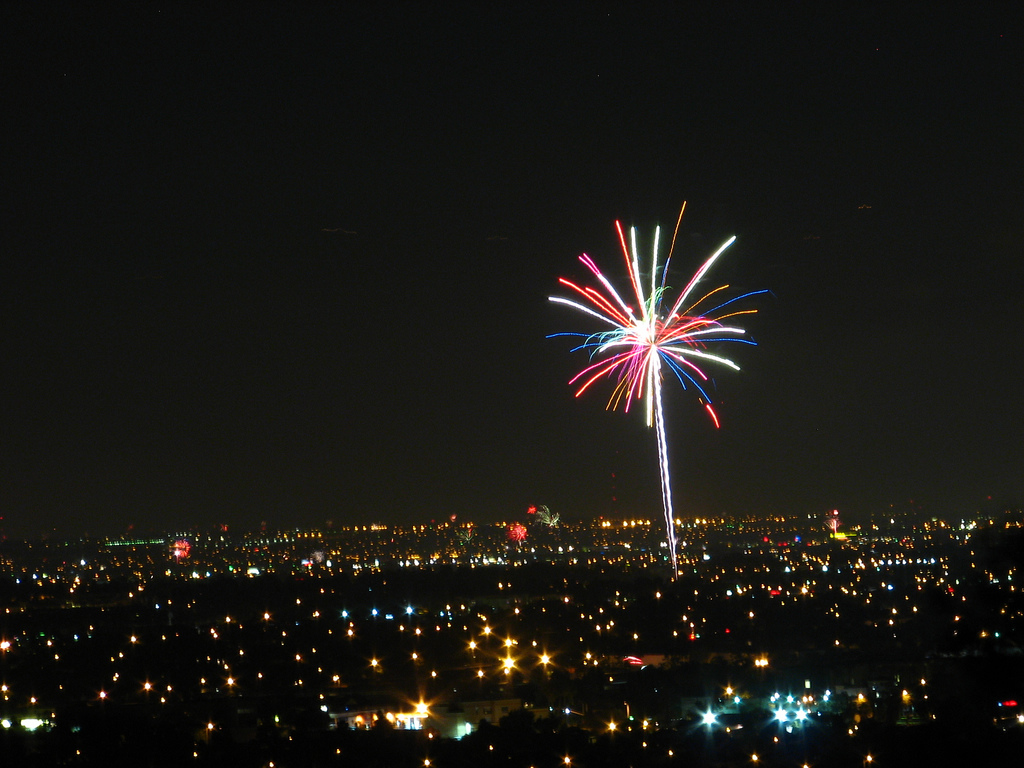 If we do something twice, is it a Los Angeles tradition?
For the second year in a row, we’ve decided to commission
A poem to commemorate and celebrate 12 months in style,
So sit back, relax, let’s turn back the dial!

The victors of 2012 are easy to remember,
And no, not just that guy who won in November.
Gabby Douglas took gold, Usain Bolt set a new record,
Mexico’s PRI overcame a past that was checkered.

Proposition 30 gave Jerry Brown a reason to smile:
California’s schools were saved, at least for a little while.
Greece stayed in the Eurozone, hanging by a thread,
The French moved to the left and elected a socialist head.

Vladimir Putin came back with more feats that amazed:
Leading a flock of birds or a nation? The man is unfazed!
But if we had to nominate the next global leader,
It’d be a guy loved by every New York Times reader

Not to mention Obama and all of his pollsters,
As time and again, his victory you bolstered.
2012 was carried by Nate Silver’s predictions,
Though it’s true the year had its share of victims.

Lance Armstrong took a tumble worse than any from his bike,
General Petraeus trusted Gmail and was forced to take a hike.
McKayla Maroney was not impressed by taking second place,
Howard Berman fell to Sherman in our favorite rhyming race.

The binders full of women and the 47 percent
Have given Mitt Romney four years to lament.
New York and New Jersey were ravaged by Sandy,
At least Chris Christie came out looking dandy.

Violence ended American lives both near and far away,
The nation gathered together to remember and to pray,
For the people of Aurora, for the kids of Newtown, too,
For soldiers still in Afghanistan hoping to make it through.

On a lighter note, there was the song that spawned YouTube sensations,
K-Pop had its day as “Gangnam Style” spread across the nation.
Psy became a household name, the El Monte lifeguards got fired,
Though Zócalo did our best to get them rehired.

The Hunger Games came to the screen and took box office gold,
In suburban bedrooms across America Fifty Shades of Grey took hold.
Rodney King passed away; we lost Ray Bradbury too.
A Democratic supermajority got Sacramento seeing blue.

Philip Roth retired from writing but Vin Scully still announced,
In Colorado and Washington, pot became legal (under an ounce).
At the Hilton in Beverly Hills, Whitney Houston’s music came to an end,
The Mayan predictions of apocalypse 2012 had nothing to portend.

Madeleine Brand bailed on KPCC—decided to leave the station,
Public television won’t be the same since Huell Howser’s abdication.
Magic Johnson bought the Dodgers and lowered parking prices,
Will condoms in pornographic films cause a SoCal industry crisis?

L.A. ice hockey fans celebrated: the Kings took the crown!
Austin Beutner, Zev, and Rick Caruso declined a chance to run our town.
Obamacare passed muster with the nation’s highest court,
Justice Roberts surprised us all by giving his support.

An anti-Islam film caused uproar near and far,
It seemed to cost more than ever to put gas into our cars.
Trayvon Martin lost his life; will Florida stand its ground?
Terrorists attacked the Benghazi embassy compound.

Danny DeVito and Rhea Perlman was our saddest celebrity breakup,
People were confused by Rihanna and Chris Brown’s make-up.
Lindsay Lohan played Liz Taylor but relied on TMZ for fame,
The Griffith Park mountain lion crossed the 405 to great acclaim.

But P-22 was nowhere near the biggest animal star in the city,
One black bear’s fame spread far and wide as he sat pretty
In Glendale, raiding refrigerators and garbage bins,
Call him Meatball or Glen Bearian, he never failed to make us grin.

We came a little closer to proving Higgs boson’s existence,
The Curiosity rover landed on Mars with NASA Mohawk Guy’s assistance.
South Los Angeles lost some trees but gained the shuttle Endeavour,
The UC system changed its logo and got no support whatsoever.

Syria stayed in the headlines as civil war raged,
Every day in Cairo a new protest was staged.
The rest of Europe begged Germany for cash,
Off the coast of Italy the Costa Concordia crashed.

Zócalo not only stayed afloat; it was our biggest year to date.
We reinvented ourselves as an Ideas Exchange to better integrate
Live events plus humanities journalism—everything we do.
We launched a fantastic website with a design that’s brand-spanking-new.

Seventy events in 11 cities, 600 articles in the can,
Hard to believe we did it in a 365-day span!
Politicians and poets shared our stage, as did university heads,
Elizabeth Banks and Adrian Grenier proved our Hollywood creds.

Patrick Soon-Shiong offered a solution to our healthcare woes,
Eric Liu performed “Citizen Who,” Zócalo’s first one-man show.
We were the first to get behind Jim Mora, UCLA’s new football coach,
He and Troy Aikman discussed the NFL’s L.A. approach.